Accessibility links
The State Of Hip-Hop In Nashville? Thriving, Growing Rap from Nashville isn't new, nor is the city's tendency to overlook the creators and entrepreneurs behind that music – despite country artists borrowing liberally from the genre over the past decade. 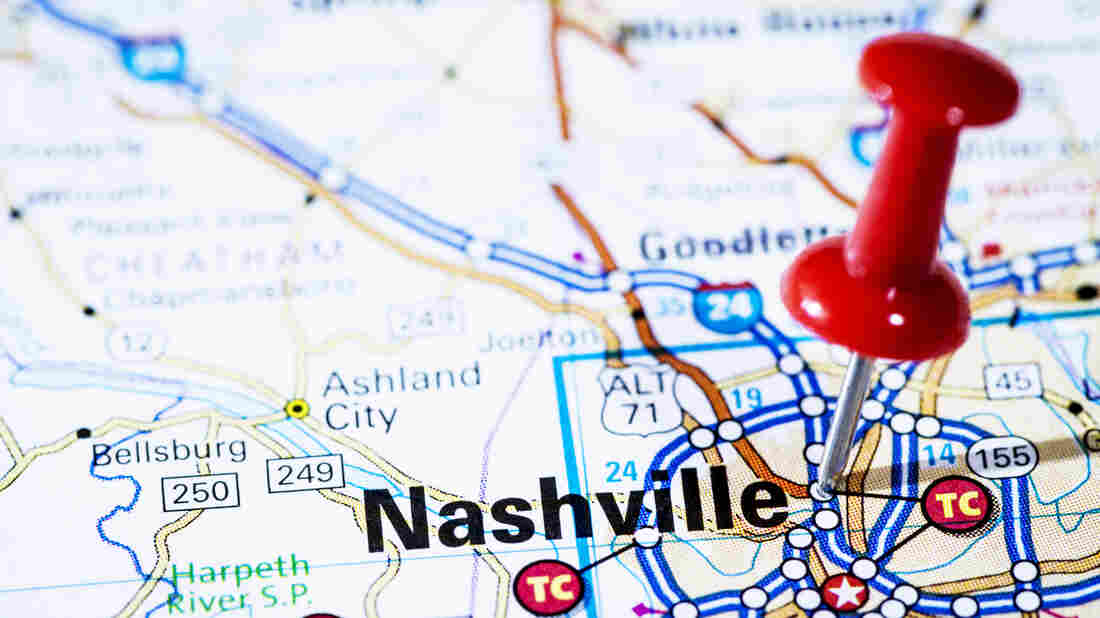 Nashville's music industry has never given homegrown hip-hop the support it deserves, so the city's artists and entrepreneurs are creating their own institutions. ilbusca/Getty Images hide caption 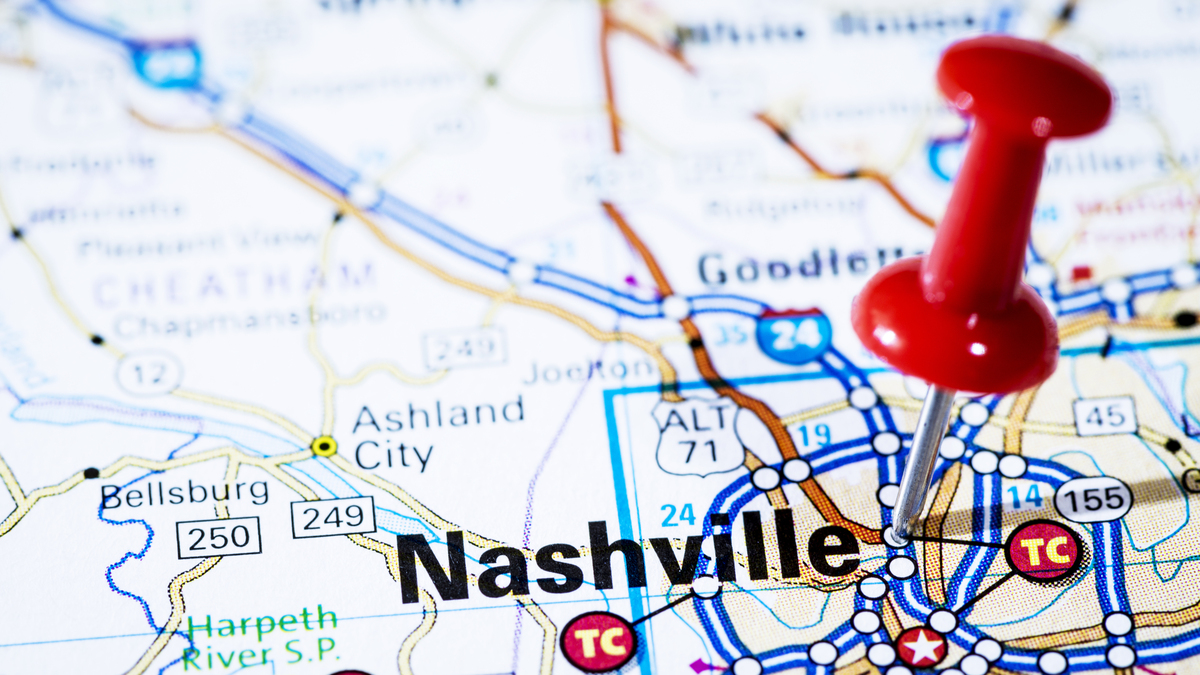 Nashville's music industry has never given homegrown hip-hop the support it deserves, so the city's artists and entrepreneurs are creating their own institutions.

It's no wonder that journalistic surveys of Nashville's hip-hop underground typically frame the mere fact of its existence as a big reveal. To a large degree, the scene here is the creation of Black music-makers and entrepreneurs who came up in the city or surrounding region. But it has long existed in the shadow of a country music industry coded as a white domain – thanks, in part, to the contributions of BIPOC music-makers being continually written out of the historical narrative — that is also the prime draw for transplants seeking careers in music, the main attraction for tourists and, in many ways, the centerpiece of Music City's brand.

As far back as 2004, Young Buck, then regarded as the rare Nashville representative in rap's big leagues, expressed impatience with a glaring divide in his hometown. As a Nashville Scene interviewer paraphrased: "He wants the city to stop ignoring the gifts of the African-American community living within walking distance from some of the best recording studios and the biggest record companies in the world." By the dawn of the 2010s, the Nashville music industry would indeed take an interest in hip-hop, but not in the way that Buck had hoped.

Commercial country began adapting elements of hip-hop's aesthetic — vocal cadences, melodic patterns, performing postures, beat-making techniques and other textures — for the templates that numerous white, male stars would use to score hits. (The floodgates really opened up after the duo Florida Georgia Line got its remix swagger on with a walloping programmed beat and gung-ho guest verse from Nelly.) But for all the profit made off of its identity, the industry took little notice of the communities connected to and specializing in hip-hop, including the one growing in its own backyard.

Those intimately invested in Nashville hip-hop and its R&B offshoots took it upon themselves to lay the groundwork for their scene. By 2001, Nashville native Shannon Sanders was in the studio with India.Arie, the first of many neo-soul luminaries he'd work with, on top of his gospel and country songwriting and production. It wasn't long before his cohort, Eric Holt, then fresh out of law school, formed Lovenoise with several like-minded colleagues in order to make room for conscious hip-hop and neo-soul in a live music landscape inhospitable to those styles, instead catering to country-loving tourists and industry showcases.

"For a long time, the Black musicians really didn't participate in that pipeline," Holt explains. "So the attempt for Lovenoise was to kind of create that first starting point and to establish a community, and then from that community get into the actual industry in a legitimate way."

The leaders of Lovenoise were joined by a number of others striving to give these artists platforms worth staying in town for, since the perception is that there are greener pastures elsewhere. Says Holt: "Everyone talks about this: If you're talented in urban music or Black music, the first thing you need to do, if you're living in Nashville, is to move to LA, New York or Atlanta. And we are really trying to change that narrative."

Accomplished singer Jason Eskridge started hosting local practitioners of grown-up, jazz-and funk- and folk-inflected R&B at a small rock club twice a month, branding the event Sunday Night Soul. The Boom Bap Nashville began drawing crowds of dancers with its lineups of crate-digging DJs. D'Llisha Davis, founder of the blog 2 L's On a Cloud, put on events that reflected the styles and sounds of younger generations of hip-hop heads. More recently, Red Bull Music joined the show promotion game and took it to another level, and Jamila McCarley and Thalia Ewing, the business minds behind the Nashville Is Not Just Country Music initiative, began hosting R&B-centric writers rounds, modeled on the stripped-down showcases that have long been an important outlet in the city's mainstream songwriting ecosystem.

Since hip-hop occupies a separate world in Nashville, one without industry infrastructure or clear paths for advancement, locals Young Buck and Starlito caught their big breaks elsewhere during the aughts, and the generation of rappers, singers, producers and videographers who came of age here since have grouped up in informal circles of collaboration and proudly repped collectives. BlackCity and Third Eye are two among them. This pattern has fostered a fierce sense of solidarity in the scene, beyond simple camaraderie, while also enabling music-makers to be more productive--to flesh out networks and develop specialized skills, so they can call on peers to build beats, drop bars, shoot videos, sharpen branding and self-release music. All this woodshedding hasn't generated a distinct Nashville hip-hop sound, so much as an ethic of attention to all-around craft.

Artists like Mike Floss, who first turned heads in the early 2010s under the moniker Openmic and has since become a standard-bearer for incisive, indie Nashville hip-hop, proved it was possible to put out loosies, mixtapes and albums that would be taken seriously by blogs. While getting coverage and landing bigger, better show bookings were milestones in themselves, getting any further than that professionally could be a real challenge. Some in the scene concluded that more needed to be done to enable its artists to share in the prosperity of Music City, which was riding high on development and tourism until COVID-19.

"Jumping up and down and doing shows and getting numbers on streaming and blogs and press, it wasn't enough," observes Zack Cobb, who came up as a schoolmate, friend and fan of respected local rappers like Petty, and ultimately took on a management role. "It just seemed like we kept on knocking on the door and no one was answering. So, you know, we find the third door."

But it's maybe more accurate to say that they're searching for multiple doors: Despite the tumult of 2020, which kicked off in Nashville with an early March tornado gutting historically Black North Nashville neighborhoods and bohemian East Nashville enclaves, this has been a banner year for the city's hip-hop. That's partly because of the quality of the indie projects released in 2020, including the mischievously expansive sci-fi imagination of Namir Blade's concept album Aphelion's Traveling Circus; the poetic quickness and wily, woozy flow that Brian Brown displays on Journey; the nimbleness of Chuck Indigo's pivot from the introspection of Indigo Café to the enlightened ferment of No Moor Bad Days; the sure-footedness of EP's by Daisha McBride, Tim Gent, Yours Truly Jai, Jordan Xx and Ron Obasi, who also just dropped a mixtape. This is also the artistic community responsible for this year's most astute and authoritative reportage on threats to Black lives, in Nashville and beyond. And on the business front, the scene is making strides toward economic self-empowerment.