Accessibility links
Facebook Removes Pro-Trump Group Urging 'Boots On The Ground' The group had amassed more than 360,000 members who shared false claims about voter fraud before the social network shut it down, citing "worrying calls for violence" from some members. 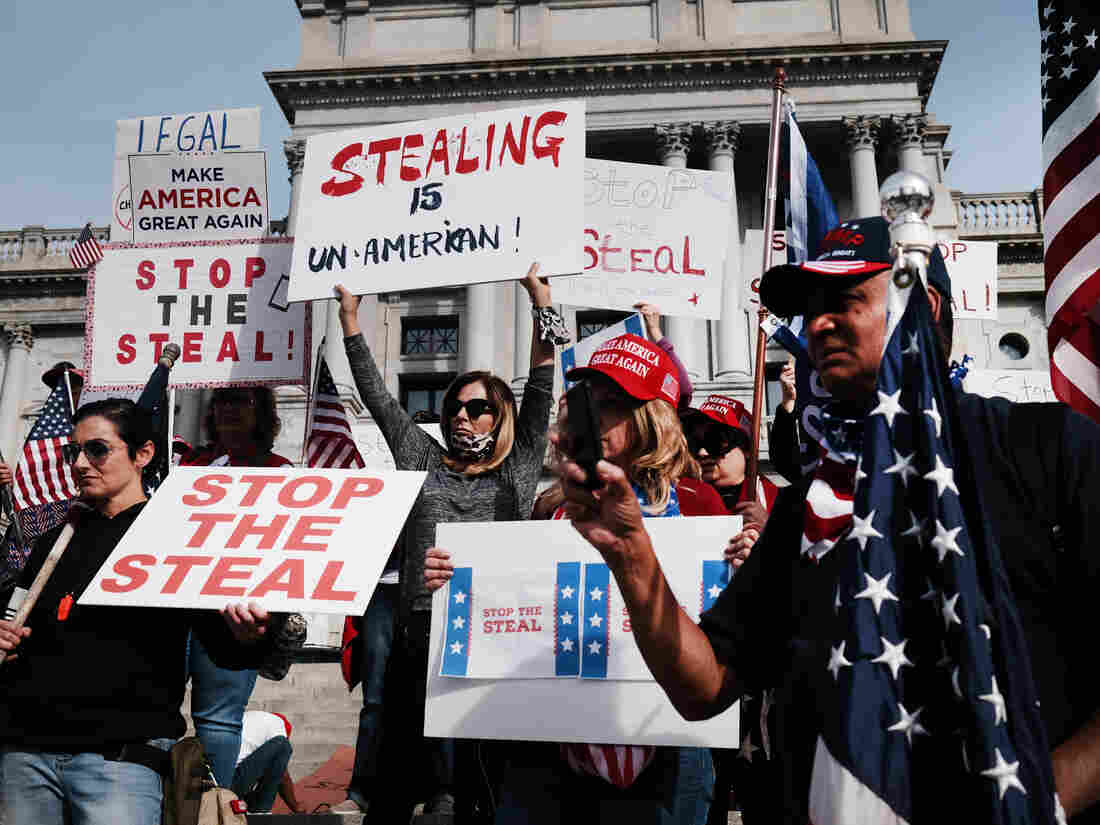 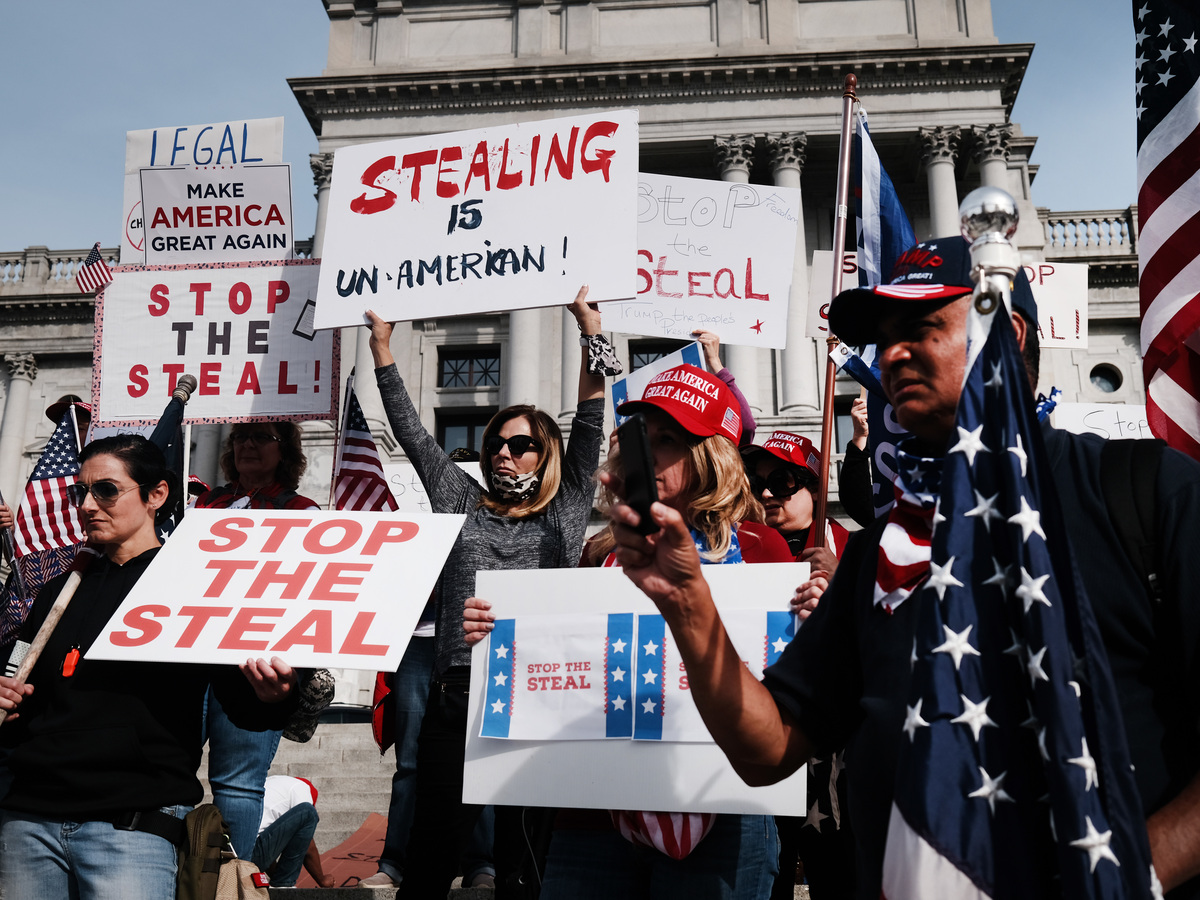 People call for stopping Pennsylvania's vote count Thursday at the state Capitol in Harrisburg. False claims of voter fraud and calls to protest have spread on social media, leading Facebook to take down one large group.

Facebook removed a group filled with false claims about voter fraud and calls for real-world protests over vote counting that had gained more than 360,000 members since it was created on Wednesday.

"The group was organized around the delegitimization of the election process, and we saw worrying calls for violence from some members of the group," said Andy Stone, a spokesman for the social network. He said the decision was made "in line with the exceptional measures that we are taking during this period of heightened tension" because the group "was creating real-world events."

The social network's crackdown comes amid a push by President Trump and his allies to accuse Democrats falsely of trying to steal the election.

The Facebook group, Stop the Steal, said on its now-removed page it was created by Women for America First, a pro-Trump organization founded by a former Tea Party activist. Before Facebook took action, membership was growing rapidly. It swelled by more than 25,000 just between noon and 1 p.m. ET Thursday.

The group's description echoed baseless claims that "Democrats are scheming to disenfranchise and nullify Republican votes." It called for "boots on the ground to protect the integrity of the vote."

Posts in the Stop the Steal Facebook group included debunked claims that ballots cast with Sharpie markers were being discarded in Arizona and false allegations that poll workers were tossing out votes for the president. The group was also being used to organize protests at vote-counting centers, and some members discussed arming themselves for violent confrontations.

Researchers who track online disinformation have warned that a prolonged period without a clear outcome in the presidential race creates ripe opportunities for falsehoods, rumors and misleading narratives to spread and possibly incite physical violence.

"This is the most intense online disinformation event in U.S. history and the pace of what we have found has only accelerated since [Election Day]," said Alex Stamos, director of the Stanford Internet Observatory and Facebook's former chief security officer.

The president's supporters have rallied behind the hashtag #stopthesteal on social media to spread unverified and false claims about the vote-counting process. Twitter has said it is monitoring the hashtag.

Before the Facebook group's removal, some members said they had encountered limits on how many people they were allowed to invite to join it.

And after it was taken down, other similarly named groups were quickly created to replace it. One has already gained more than 2,000 members.

Critics say Facebook groups have become a potent vector for the spread of misinformation and even radicalization of users. The social network had temporarily stopped suggesting that users join any political groups or any newly created groups in the runup to Election Day.