Accessibility links
Kylie Minogue On 'Disco' And The Need For Dance Music, Even In Lockdown "Disco lights shine out of the darkness," says the pop veteran, who channels lockdown despair into glittery escapism on her 15th album, simply titled Disco. 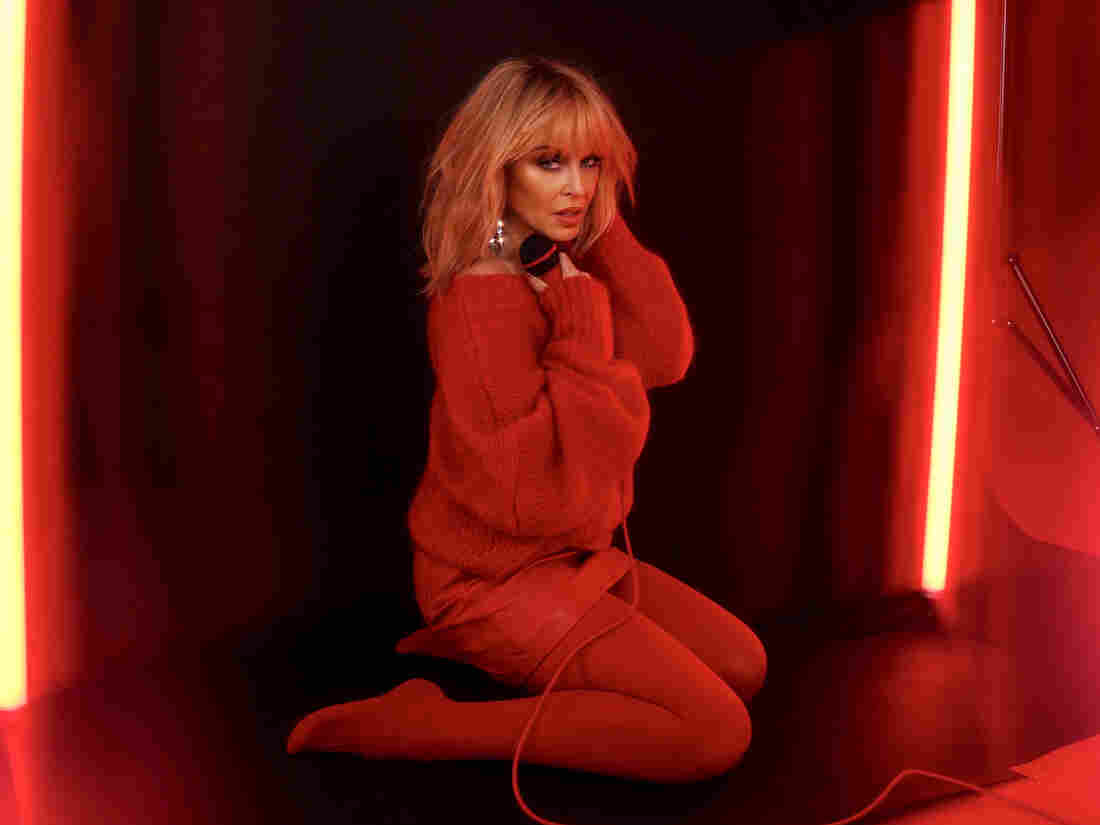 "People needed to find a place of expression and belonging," Kylie Minogue says of the origins of disco culture. Her 15th album, Disco, is out now. Darenote/Courtesy of the artist hide caption

toggle caption
Darenote/Courtesy of the artist 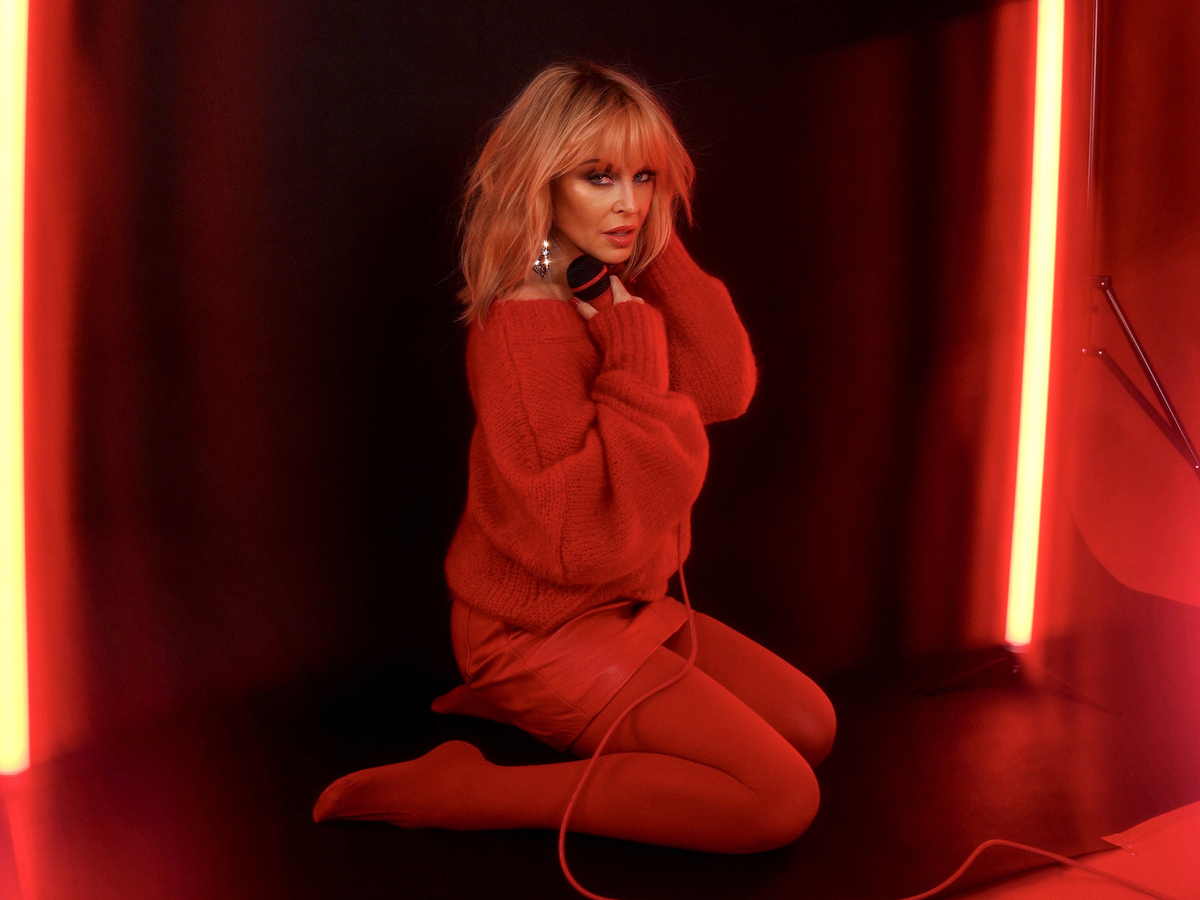 "People needed to find a place of expression and belonging," Kylie Minogue says of the origins of disco culture. Her 15th album, Disco, is out now.

When Kylie Minogue was a kid growing up in Australia, her parents played a lot of disco at home. As she and her siblings danced around the house to artists like ABBA and the Bee Gees, she says, she imagined herself as one of them: "I definitely wanted to be Olivia Newton-John, or Agnetha from ABBA, or Donna Summer."

Now, Minogue is a pop legend in her own right, with more than a dozen albums and hits that stretch all the way back to her 1987 debut with "The Loco-Motion." Her 15 studio album, Disco, taps into those childhood dance parties. To make the record, Minogue built a studio at her London home and recorded everything in lockdown, with producers and collaborators listening in remotely.

"I think if there was a kind of fly-on-the-wall camera, it would've been a comedy," Minogue says. "I mean, me trying to wrangle the sound absorber, which bit goes where, lots of googling YouTube tutorials and calling a friend."

At some point in the midst of the mayhem, Minogue looked around and wondered if she'd made a mistake. "There was a point during lockdown and during all of that where I guess maybe the album was kind of finished. And I did question, what does this mean? What's the point? There's so much happening in the world and there's no discos open," she says. "But the main question that kind of reassured me to keep going was, 'What will I achieve if I don't release it?' And the answer, that's really easy, was absolutely nothing. So we stuck with Disco."

Minogue spoke with NPR's Ari Shapiro; hear their conversation at the audio link, and read on for an edited transcript.

Ari Shapiro: You know, disco music is made to be listened to in a dark, crowded, sweaty room surrounded by friends and strangers — and that's not happening now.

Kylie Minogue: It isn't happening! But there really is some correlation that I'm just discovering, or being forced to look at, [with] where disco began. You know, people needed to find a place of expression and belonging, and disco lights shine out of the darkness. That's kind of what we're going through at the minute. I'm finding some kind of bridge.

And so what do you hear when you listen to a track like "Say Something" now, given our current reality?

When I listen to it, I have so many feelings. When we wrote it, I thought it was something special, but sometimes when you feel that way you think, is anyone else going to feel this way? Or is it just going to be the four of us in a room and this'll be a, you know, we love it but no one else is going to hear it.

I have a really strong memory of hearing a mix of it. It was a really quiet day — well, one of the many quiet days — no planes, no cars, just that eerie silence, and I played the working demo of it. It was like I was hearing this song for the first time. I really really listened to the lyrics. And then I had a very teary moment with one of my co-writers and producer. It took on a new dimension.

Now I listen to it and I love the glittery, galactic world we created as a visual for it. I love the fact that it has reached so many people. Part of the theme of the song is reaching someone, and having that connection — and the fact that it has is just mind-blowing to me. There's definitely melancholy and sadness in there, but ultimately I think it's a hopeful song.

Are you imagining what the stadium tour of this album will look like, or are you not letting yourself get into that headspace just yet?

I definitely have imagined it. I've never performed in the round, so that's how I would love to see this album pan out as a tour experience, to have the biggest disco ball we can manifest.

I'm totally imagining that enormous disco ball, you in the center of the arena, and the opening bars of "Magic" start.

Part of my fantasy for this tour would be moments where there's no lights. Maybe it's just the disco ball. I almost don't even want you to look at the stage — like you're in a club, in a space where you shut your eyes and it's just all around you.

Something that I think all great pop stars, including you, have in common is the ability to return to the same themes, album after album, year after year, in different ways. How do you keep finding new ways to write a song about first love or about the joy of being on a dance floor, about these themes that you've been recording for decades.

I ask myself the same question! I was thinking about dimensions of stars and star fields and galaxies — I keep going back to that. I think the attraction there is it's endless, these stars can seemingly burn forever. And of course, none of them do. You know, it's all a bit existential, and I think that's why I latch onto it and try to tap into those thoughts. But really, there's the same amount of notes for every musician, every songwriter, and new songs are being written every day, all day. Somehow, there's always a new way to say the same thing.