Accessibility links
Georgia Runoff: Perdue-Ossoff Senate Race Heads To Runoff Both of Georgia's Senate races are headed toward a runoff elections in January — with control of the Senate majority potentially at stake. 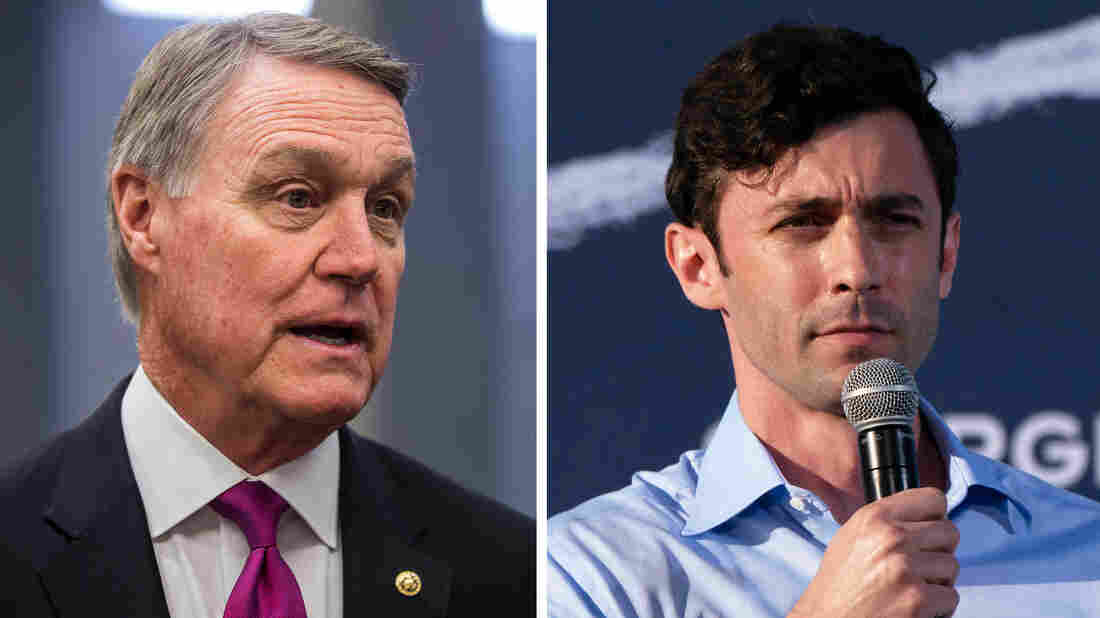 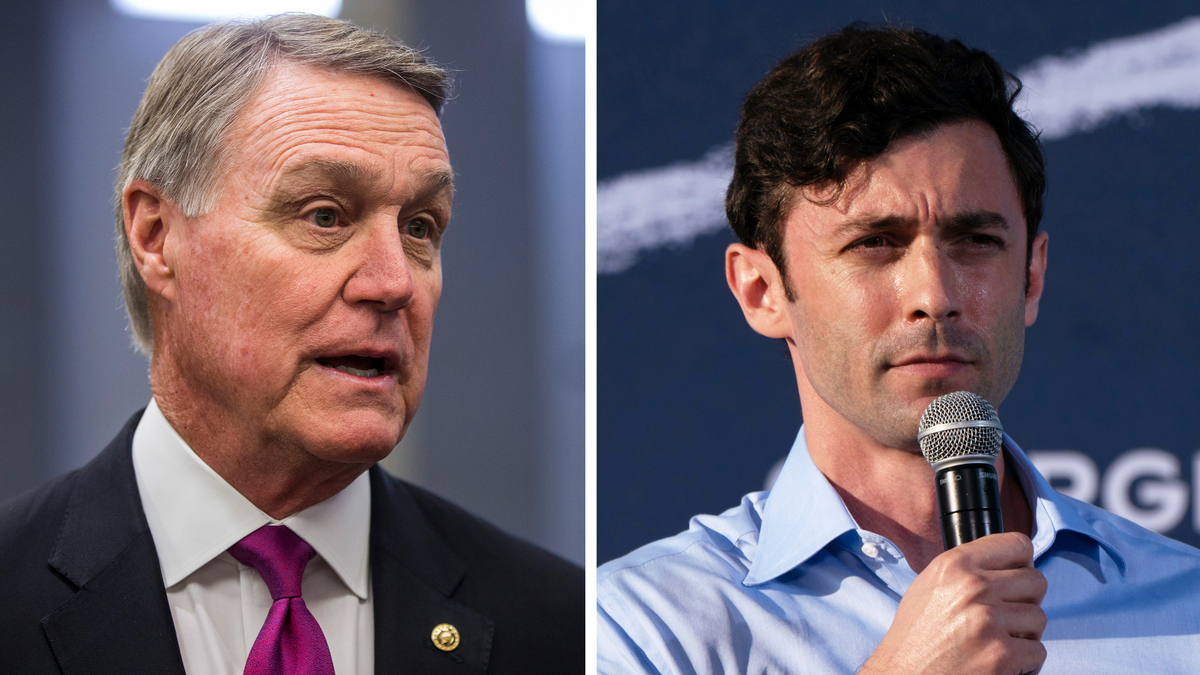 The second of two Georgia Senate races advancing to a runoff, according to The Associated Press, likely pushing Democrats' hopes of a possible majority in the U.S. Senate back to January.

Elections have been particularly close in Georgia, with Secretary of State Brad Raffensperger saying Friday that the contest between President Trump and Democratic nominee Joe Biden was heading toward a statewide recount.

Georgia election law requires a candidate to secure over 50% of the vote. If no candidate is able to do so, then the top two candidates in the race face off in a runoff election.

Ossoff predicted the call at a press conference Friday morning, standing in front of a small crowd.

"We have all the momentum, we have all the energy, we're on the right side of history. Y'all ready to work? We're just getting started," he said.

The runoff will be held Jan. 5 and set the stage for what could be an especially contentious and expensive battle for control of the Senate. A special election between Republican Sen. Kelly Loeffler and Democrat Raphael Warnock for the state's other Senate seat is already headed for a runoff that day.

Currently, Democrats have a net gain of one seat in the U.S. Senate. To win a majority, they need to net at least two more, plus control of the White House, which would allow a Democratic vice president to cast tiebreaking votes in the chamber. Results in two contests in North Carolina and Alaska still have not been finalized, but Senate Republicans believe they have the edge in those races.

Georgia's growing Democratic coalition has captured national attention for several years with Ossoff, 33, a key figure in his party's efforts to turn the state blue.

In 2017, Ossoff set fundraising records in a special election for a suburban Atlanta House seat. But the documentary filmmaker was dealt a stinging defeat by Republican Karen Handel. The following year, Democrat Lucy McBath won the seat against Handel.

Perdue, who was first elected in 2014, has been considered a key Trump ally. A former business executive, Perdue drew criticism in October when he was accused of willfully mispronouncing the name of Democratic vice presidential nominee Kamala Harris, the first Black woman and first woman of Asian descent to appear on a major party ticket.

Ossoff has also accused Perdue of running an ad targeting his Jewish heritage by showing him with an enlarged nose, calling it an "anti-Semitic trope."

Where Presidential Election Votes Are Still Being Counted

Perdue is a cousin to Trump Agriculture Secretary Sonny Perdue. He won his first term in 2014 by fewer than 8 percentage points.

"There is one thing we know for sure: Sen. David Perdue will be reelected to the U.S. Senate and Republicans will defend the majority," Perdue's campaign said in a statement.

"If overtime is required when all of the votes have been counted, we're ready, and we will win," it said.

"When a runoff is called and held in January, Georgians are going to send Jon to the Senate to defend their health care and put the interests of working families and small businesses ahead of corporate lobbyists," Foster wrote.

"Georgians are sick and tired of the endless failure, incompetence, and corruption of Sen. Perdue and Donald Trump," she added.

"Sen. Perdue is a weak, scandal-plagued incumbent who can't defend his record of outsourcing and corruption. We're ready to help Jon flip this Senate seat," he added.

Georgia is the only state in the country with two Senate elections this year, a key motivator for Democrats who are hoping to take back the Senate majority from Republicans. The goal was widely seen as achievable before Election Day, but it has gotten increasingly difficult for the party as several hopeful Democratic challengers lost to incumbent Republicans.