Accessibility links
Trump Latches On To Election Conspiracy Theories As Legal Fights Fail Lawsuits filed across the country are the result of a campaign legal team working to "bend reality" to fit Trump's false claims, says one expert.

Trump Latches Onto Conspiracies, As Legal Battles Fail And Path To Win Narrows

Trump Latches Onto Conspiracies, As Legal Battles Fail And Path To Win Narrows 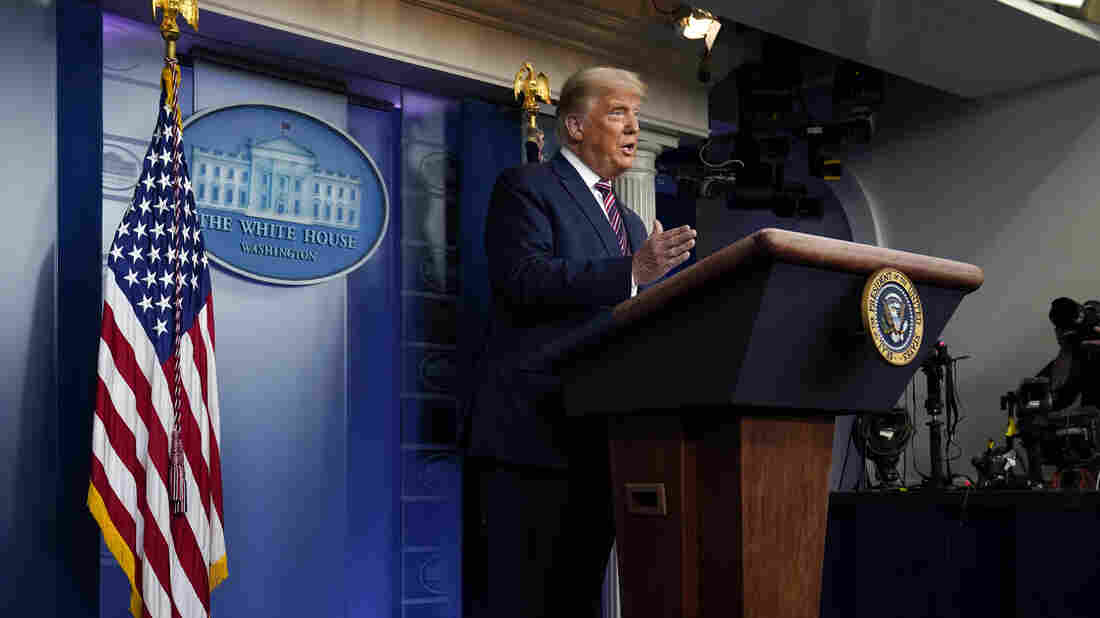 From the White House on Thursday, President Trump claimed, without evidence, that election fraud was the reason for his diminishing leads in several key states. Evan Vucci/AP hide caption 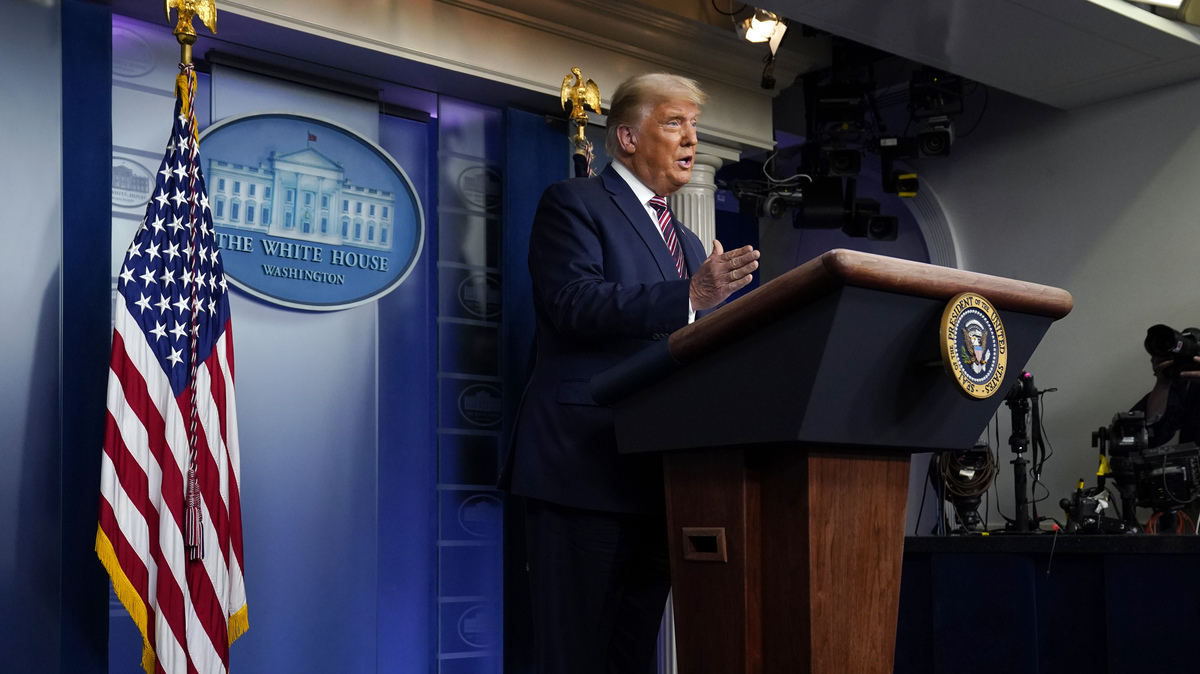 From the White House on Thursday, President Trump claimed, without evidence, that election fraud was the reason for his diminishing leads in several key states.

With former Vice President Joe Biden inching closer to the 270 Electoral College votes he needs to win, President Trump and his campaign have ramped up their efforts to delegitimize the vote-counting process.

Those efforts have come both in public comments, with Trump airing unfounded conspiracies and incorrect information about voting in recent days, and in lawsuits that have thus far had almost no success.

On Friday, the campaign vote to pursue all legal avenues to ensure "full transparency" into vote counting and election certification.

"We will pursue this process through every aspect of the law to guarantee that the American people have confidence in our government," Trump said in a statement, released by his campaign. "I will never give up fighting for you and our nation."

It's a playbook the president has telegraphed for much of the year, as he has amplified a false narrative that there is rampant fraud in mail-voting systems, without providing the necessary evidence to back up such claims.

Research has found no evidence of widespread fraud, and states with Republican and Democratic election officials at the helm have used the voting method for years without major issues.

This week, the campaign has latched specifically onto the vote-counting process around mail ballots in an attempt to inject uncertainty into the results. Those results have slowly begun to lean in Biden's direction, especially as more absentee votes continued to be counted in the critical swing state of Pennsylvania.

"I think probably the political goal here is to sow discord, to undermine the legitimacy of the election," said Joshua Douglas, a professor at the University of Kentucky who specializes in election law. "Trump has been doing this for years, and now it's come to a head."

On Thursday, Trump listed a number of his election issues, but chief among them was transparency. A number of his campaign's lawsuits have centered on who is able to watch election officials count absentee ballots.

He claimed that election officials don't want any election observers in Pennsylvania, saying, "They don't want anybody watching them as they count the ballots, and I can't imagine why."

In reality, his campaign and lawyers representing Philadelphia sparred over how many election observers should be watching at one time and how far away they needed to stay from officials who were counting ballots. Observers from political parties are a normal part of the counting process, and officials never tried to argue that Republicans should not be allowed to watch.

Still, the Trump campaign tried to use the issue to argue that the counting of ballots in the city should be halted, a request a federal judge denied.

Similar requests were denied in Michigan and in Georgia earlier in the day.

"It seems like the relief the Trump Campaign keeps asking [for] is patently ridiculous," said Justin Levitt, an election law professor at Loyola Law School. "They keep saying 'stop the count!' and the courts keep saying no."

Trump said Thursday there would be more litigation coming, as his campaign has "so much evidence, so much proof" of illegal wrongdoing that he thinks the election may end up decided by the Supreme Court.

That's a possibility Levitt, and other legal experts, dismiss as "increasingly unlikely."

"Before [the election], I thought voters would decide this election, not the courts," Levitt said. "And with every passing day, I think that's more true."

The ongoing litigation is not about actually affecting the results at this point, Levitt added, but instead it is about shaping a narrative or "retroactively bending reality" to fit Trump's false claims about voting.

Levitt then corrected himself: "No, I'll discount that to 90% of it — because at least 10% of it is the ability to keep fundraising."