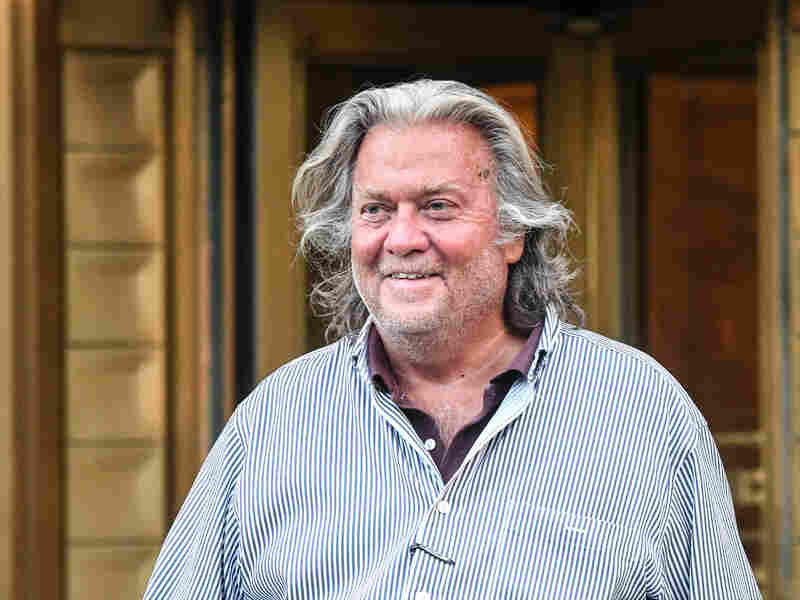 Former White House chief strategist Steve Bannon, shown here in August, had a Twitter account associated with him suspended after the social media company said his comments violated its "policy on the glorification of violence." Stephanie Keith/Getty Images hide caption 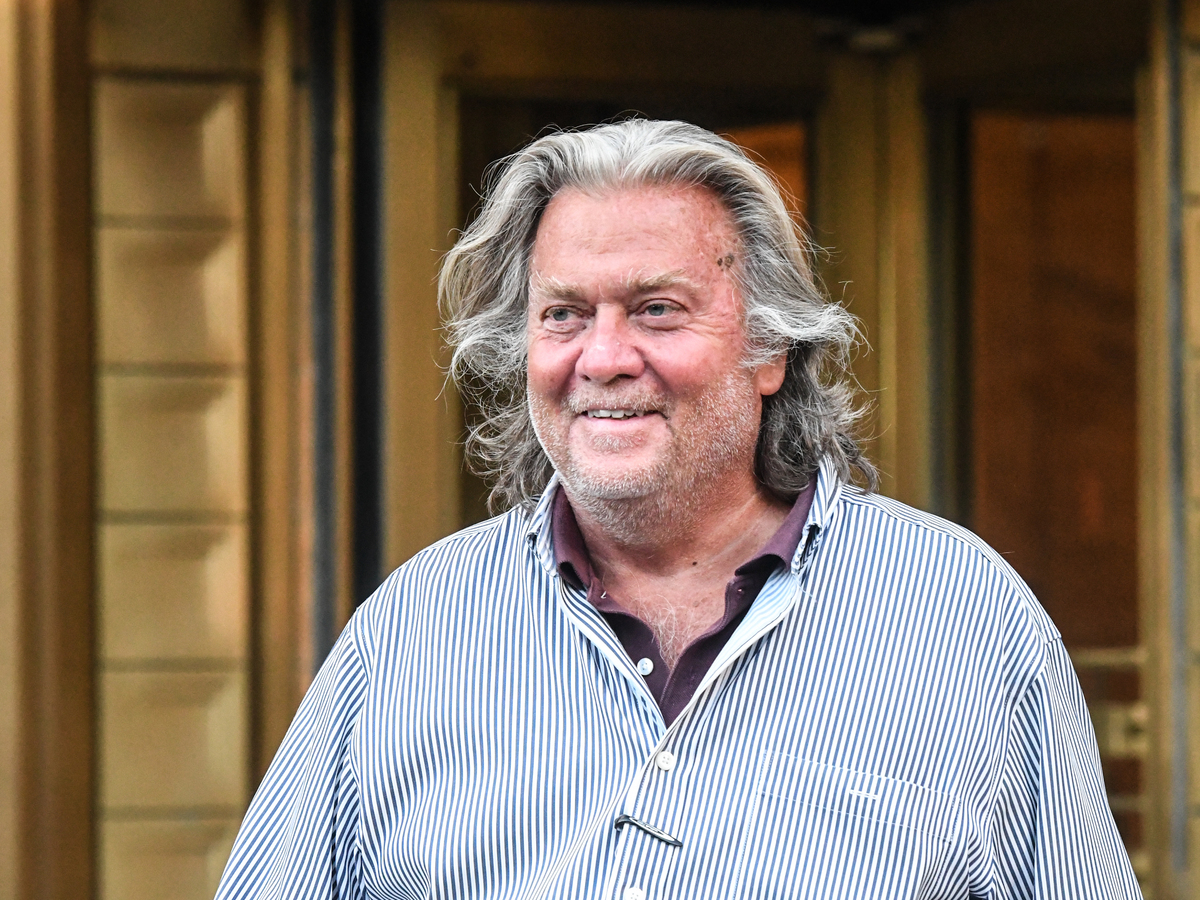 Former White House chief strategist Steve Bannon, shown here in August, had a Twitter account associated with him suspended after the social media company said his comments violated its "policy on the glorification of violence."

Bannon made the comments calling for medieval violence during a livestream of his talk show and podcast, War Room: Pandemic.

"I'd put the heads on pikes. Right. I'd put them at the two corners of the White House. As a warning to federal bureaucrats: Either get with the program or you're gone," he said in the now-deleted video previously posted on Twitter, Facebook and YouTube. However, it has been recirculated through other accounts.

CNN reported the video was viewed at least 200,000 times on Facebook before it was deleted.

Facebook and YouTube removed the video, saying it violated their policies against inciting violence and harassment, according to company spokespeople.

Bannon's message comes as some members of President Trump's inner circle have amped up inflammatory rhetoric while the election results remain unresolved. Donald Trump Jr. said this week the president should "go to total war" over the election.

Twitter has notably beefed up its response to tweets viewed as harassment or incitement of violence in recent months. The social media company also created a "civic integrity policy" focused on flagging tweets that are considered sharing disputed or misleading information related to the election. At times, the president's posts have been flagged as a result of this policy.

Permanently suspending an account on Twitter is the social media site's strongest enforcement action, according to the company. However, users can still appeal this action and be reinstated.

Permanently suspending an account will remove it from view, and the violator will not be allowed to create new accounts during that time, according to Twitter's rules.

"We've removed this video for violating our policy against inciting violence," Alex Joseph, a YouTube spokesperson, told NPR. "We will continue to be vigilant as we enforce our policies in the post-election period."

In August, Bannon pleaded not guilty to wire-fraud and money-laundering charges over his alleged involvement in the "We Build the Wall" online scheme. Prosecutors said Bannon and three others advertised the campaign as a fundraising effort to build portions of a wall along the U.S.-Mexico border, defrauding hundreds of thousands of people in the process.

Bannon or representatives from War Room couldn't be immediately reached for comment.