Accessibility links
3 Big Reasons Why Biden Is Winning Over Arizona Voters Grassroots Latino voter energy, changing demographics and the urban-rural divide explain why a Democratic presidential campaign is expected to win Arizona for only a second time since 1948.

3 Big Reasons Why Biden Is Winning Over Arizona Voters

3 Big Reasons Why Biden Is Winning Over Arizona Voters 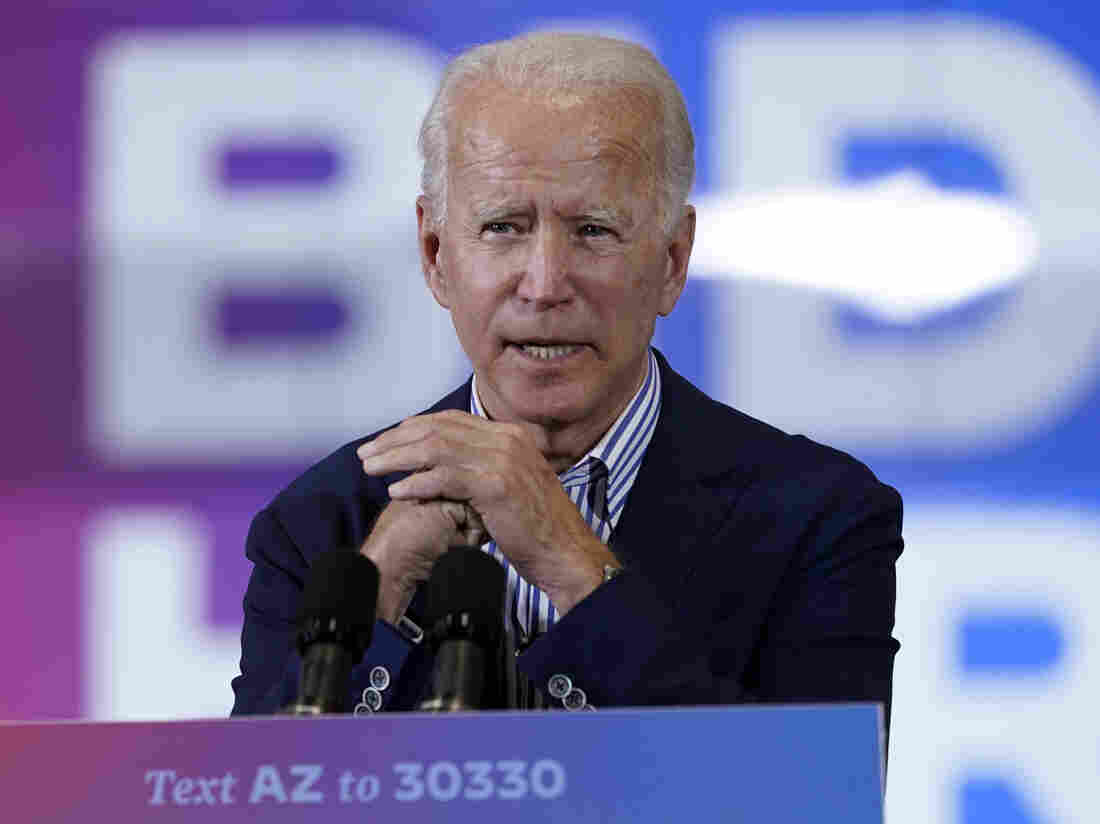 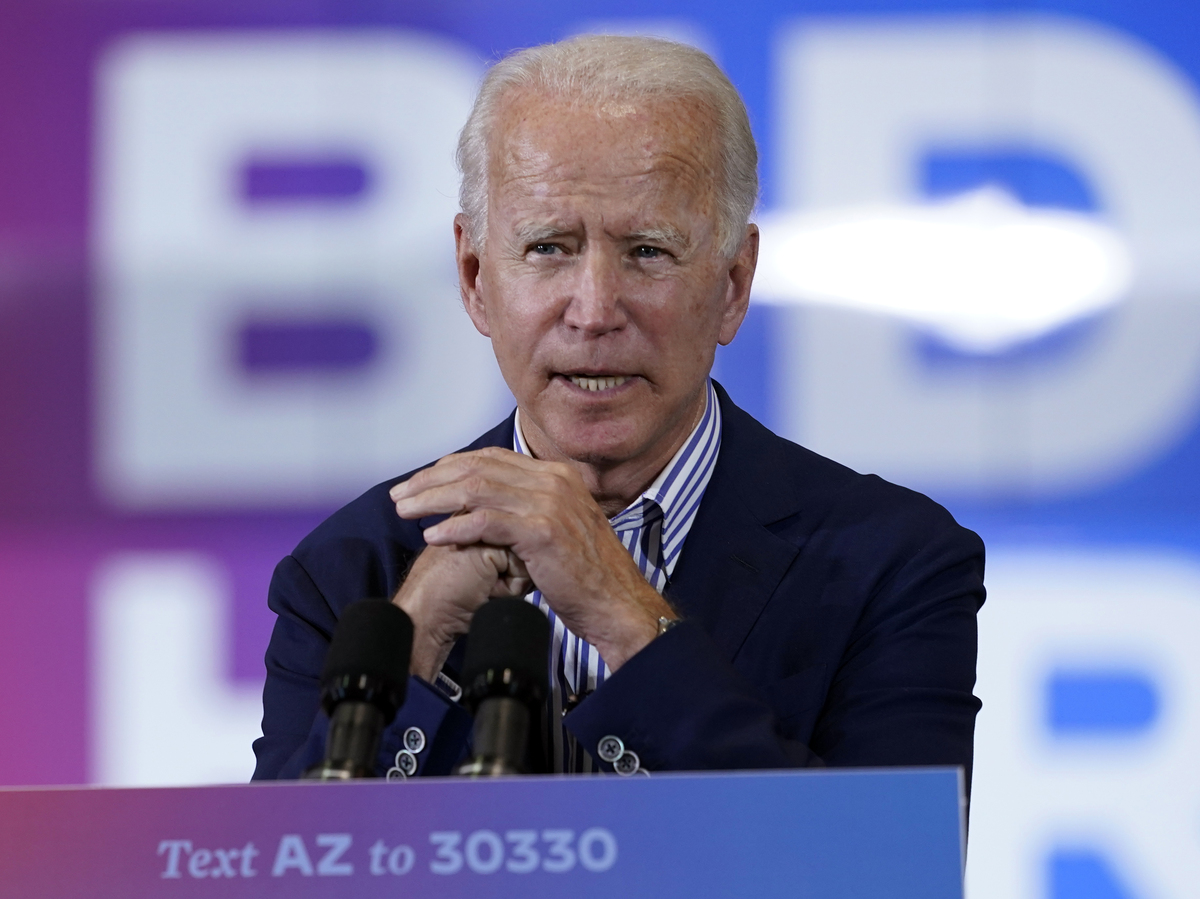 Arizona, the Sun Belt state that produced Barry Goldwater and was a bedrock for a generation of Republicans and conservative-leaning snowbirds, appears to be voting Democratic in the presidential election for only the second time since 1948.

Protesters In Arizona Call For All Votes To Be Counted

Protesters In Arizona Call For All Votes To Be Counted

With around 200,000 ballots left to be counted, largely in the state's most populous and purple-tilted region, Maricopa County, former Vice President Joe Biden maintains a narrow lead over President Trump. The Associated Press has called the race for Biden, and says it stands by its call though some other media outlets have held off. The AP says it is continuing to monitor the count.

There are many reasons why Arizona has been leaning blue in statewide races lately, but below are three of the biggest and most discussed factors.

In recent years, younger voters in search of cheaper housing and other amenities have moved into Phoenix and Maricopa County from states like California. An influx of tech workers and other young professionals have also been credited for moving the county in a leftward direction. This was most apparent in 2018, when Democrat Kyrsten Sinema pulled off an upset win in a Senate race against Republican Martha McSally. McSally went on to be appointed to the state's other seat in 2019 after the death of John McCain, but lost this week to Democrat Mark Kelly after tying herself closely to Trump.

With a lot of talk about Native voting in Arizona. I thought I would share 2 maps. The left is a map showcasing all 22 tribes in the state. The right an updated 2020 voting results maps by precinct. This give you an idea of how Indigenous communities voted in the 2020 election. pic.twitter.com/scrWENDVO2

At a polling station this week in Tempe, home to Arizona State University, it was clear young voters like Elana Mendelson were fired up.

"Basically the whole country is at stake," she said. "We need somebody that's competent in running our country in office."

Like states that tend to favor Democrats, Arizona is also increasingly diverse, with growing Asian and Latino populations in particular. There was a large turnout this year among members of Arizona's 22 Native American tribes, largely benefiting Democrats.

2. Voters of Mexican and Central American descent are energized.

When national pundits speculated that one of the biggest reasons why Arizona trended for Biden was because of campaigning by Cindy McCain, the widow of Sen. John McCain, some longtime Latino voting rights activists here bristled.

That's because for 10 years or more, there has been a massive political mobilization and get-out-the-vote effort in some long marginalized Mexican American neighborhoods.

"Arizona has been through a lot," says Melissa Trujillo, an organizer with the voting rights group Aqui Se Vota. She says young Latinos, whose families came from Mexico and Central America, are now coming of voting age. They grew up hearing about — or experiencing firsthand — the enforcement policies of the famous anti-immigrant sheriff Joe Arpaio.

Trujillo, a Mexican American businesswoman who moved to Arizona from Guadalajara in the 1990s, remembers well Arizona's recent history — and reputation — as anti-immigrant. Ten years ago, Arizona passed the polarizing law, SB 1070, which made it a state crime to be in the country illegally.

"We just got tired of it," Trujillo says.

Trump's Rural Voter Strategy Didn't Pay Off In Every State

Trump's Rural Voter Strategy Didn't Pay Off In Every State

In 2016, grassroots get-out-the-vote efforts were largely credited for ousting Arpaio in a race against a progressive candidate. The news got little national attention as Donald Trump dominated the headlines that year. But some on the left saw it as a bellwether for the years ahead in Maricopa County, home to 60% of the Arizona electorate.

The recent mobilization of Arizona Latino voters on immigration is similar to the fallout from Prop 187 in California in the 1990s, the measure denying state services to illegal immigrants, which some pundits say led to a generation of new Democratic voters in that state.

3. The urban-rural divide is sharpening.

Trump's late hour campaign strategy in Arizona appeared to be focused on getting a heavy turnout in the state's more rural counties to offset his expected losses in urban areas. Indeed, his base in red-leaning Yavapai County, in the mountains north of Phoenix, was fired up in the days before Election Day.

"I'm a Trump deplorable," said Judy Burgess, chuckling, outside a polling station in Prescott, Ariz., in late October. "I think the president is trying to deal with issues for the whole country, jobs, putting people back to work, getting rid of the coronavirus."

In the closing weeks, the president mostly skipped campaigning in the Phoenix area instead choosing to hold his rallies in smaller cities such as Prescott. Democratic gains in Maricopa County, however, can't be overlooked.

The West is stereotyped as a sparsely populated region with vast open spaces. But most westerners live in urban areas, megacities like Phoenix and Democratic strongholds like Denver and Las Vegas.

If Trump goes on to lose the final count here, Arizona could become a test lab for both parties in the future. Since 2008, Democrats have been focused on making gains in the West, seeing it as the party's new South. Whether 2020 is a trend or anomaly, Republicans still may be doing some soul-searching of their own dependence on rural voters in a fast-growing increasingly cosmopolitan region like this.