Accessibility links
Georgia Recount Expected, Secretary Of State Says "With a margin that small, there will be a recount in Georgia," Georgia Secretary of State Brad Raffensperger told reporters on Friday. 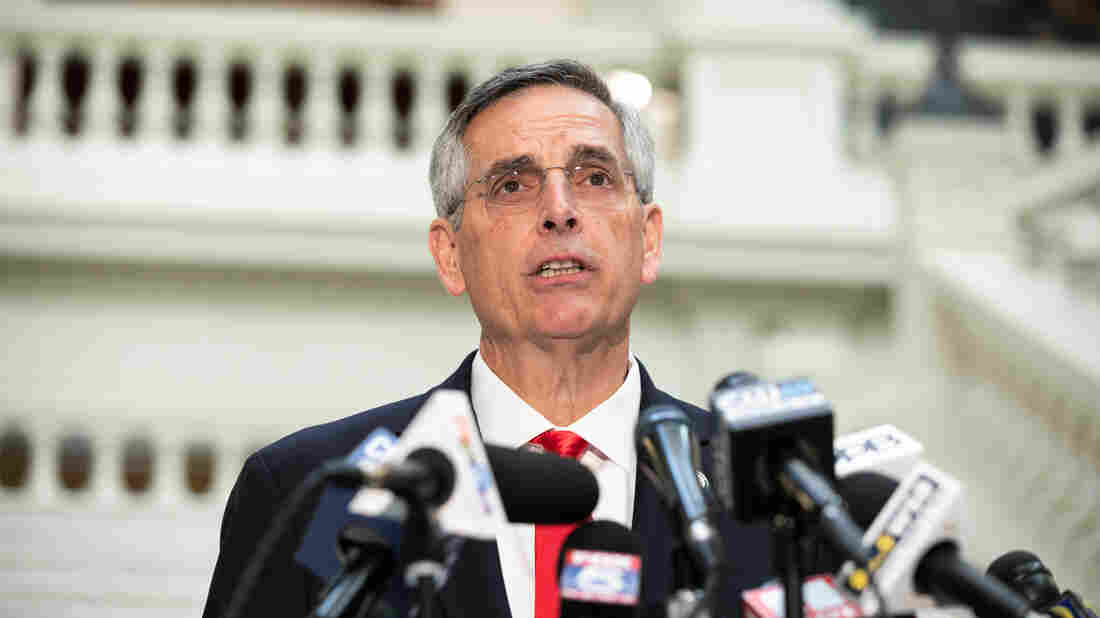 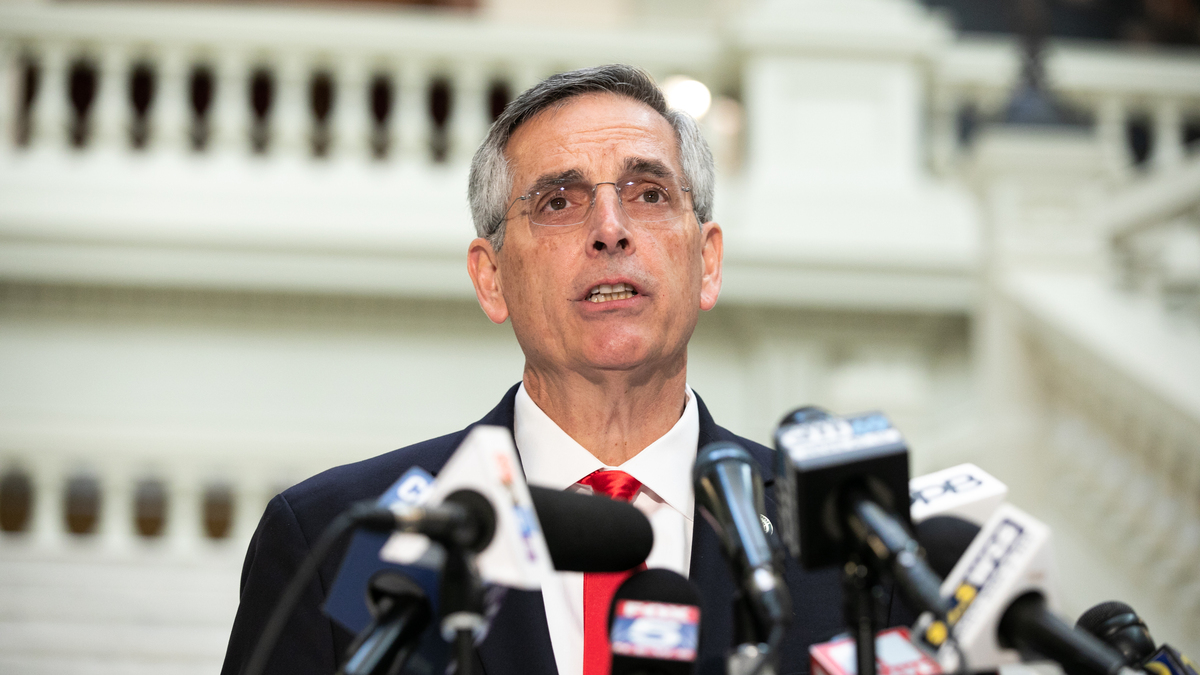 Georgia Secretary of State Ben Raffensperger holds a press conference on the status of ballot counting in Atlanta on Friday.

Georgia Secretary of State Brad Raffensperger told reporters that the state will conduct a recount given the razor-thin margin between former Vice President Joe Biden and President Trump.

"The focus for our office and for the county elections officials for now remains on making sure that every legal vote is counted and recorded accurately," Raffensperger said.

"As we are closing in on a final count, we can begin to look toward our next steps. With a margin that small, there will be a recount in Georgia," he predicted.

Recounts can be requested if the margin of victory is within .5%. Biden currently leads Trump by just over 1,500 votes after surpassing the president's lead early Friday morning.

Sterling said in Friday's press briefing that there were 4,169 ballots left to be counted in Georgia, with portions largely in Gwinnett County, as well some in Cobb, Floyd and Cherokee counties.

Sterling added that counts may be finalized by this weekend, though it remains unclear how long the count of incoming military ballots and cured or damaged absentee ballots could take.

"When you have a narrow margin, little small things can make a difference," Sterling said. "We are literally looking at a margin of less than, you know, a large high school," he added.