Accessibility links
King Von, Emerging Chicago Rapper, Dead At 26 King Von, an emerging rapper who was quickly gaining attention for his incisive storytelling, was shot and killed in Atlanta on Friday morning. 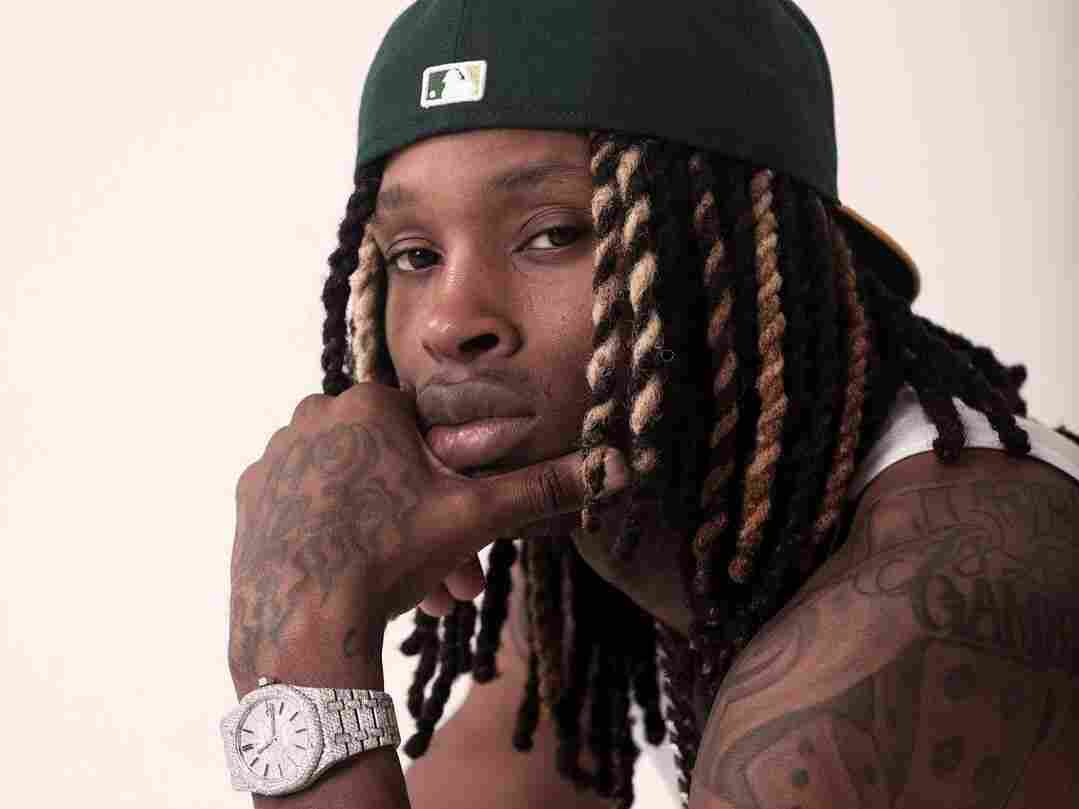 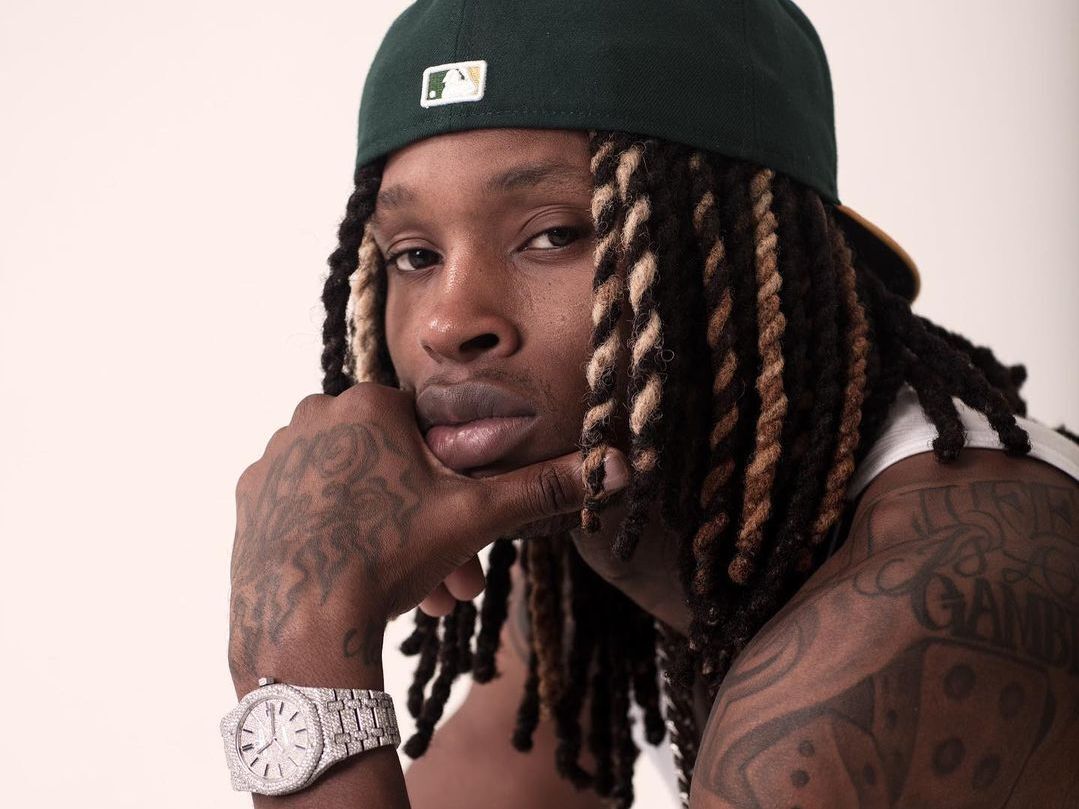 King Von, a Chicago rapper who found success in his city before relocating to Atlanta, was shot and killed early Friday morning. A fight in the parking lot of the Monaco Hookah Lounge on Trinity Avenue in the city sparked a shootout between two groups, according to police. He was 26.

On Saturday, APD said it had issued a warrant for a suspect in King Von's killing, and that the suspect was being treated for a gunshot wound at Grady Hospital in Atlanta. "The homicide of Bennett is closed with this arrest," the APD wrote in a statement.

In the early hours of Friday, authorities were still trying to piece together how the rapper, born Dayvon Daquan Bennett, died, and whether the Atlanta Police Department was involved in his death, or that of two other men who were also fatally wounded.

In a statement provided to NPR on Friday, APD says that "King Von was shot and killed during this morning's shooting and we are seeing rumors being spread indicating he was shot and killed by APD officers. At this time, our investigators believe Mr. Bennett was shot during the initial shootout between the two groups of males, prior to police responding and attempting to stop the shooting. Additionally, Mr. Bennett was not located at the scene, but arrived at a hospital shortly after the shooting, via private vehicle. The investigation into this incident remains open and very active."

I woke up to some very horrible news this morning - My heart is heavy. Another young rising star gone too soon. I pray for your family lil bro. May God rest your soul. We were just getting started 😔🖤 We have to find a better way. There is too much senseless violence. This has to stop. God help us. #RipKingVon

Von's death reverberated quickly, first starting as a rumor on Twitter before being confirmed by sources close to the rapper. Ghazi Shami, the CEO and founder of Empire, Von's record label first appeared to confirm the news with an Instagram tribute this morning (right).

Bennett was born in the Parkway Gardens neighborhood of Chicago in 1994, and though he retreated to Atlanta to find peace and escape his hometown, his trouble with the law never truly escaped him. Many of his most popular songs paid tribute to Chicago; he was best known as a chronicler of street life, building narratives of tense nights on the streets and his desire to escape the gangster's mentality.

The last time I spoke with King Von, he was lamenting his current situation as an Atlanta resident, unable to spend time in his hometown of Chicago because cops and opps were too familiar with his moves. He missed home, but was comfortable in Atlanta. The rap scene in the city is, after all, the most prominent in the nation, and as one of the industry's quickest rising stars, Von commanded a presence rarely given to outsiders. The way he explained his situation at the time made sense.

"I love Atlanta because I can live there with no problems and s***, and that's where there are more rappers," he explained, in an interview for Passion of the Weiss. "I like Chicago better though because I have my people out there, but the police know me too well in Chicago and there are people that don't like me."

Von existed in the post-drill landscape of Chicago rap, indebted to first generation stars like G Herbo, Chief Keef and King Louie, but intent on carving his own stylistic aesthetics into the genre. His songs are narrative, with a dead-eye nihilism softened by the humor and empathy brought to his rhymes. One of his biggest hits, 2020's "Took Her to the O," from the album Levon James he released back in March, finds Von narrating a night on the town with a girl, constantly having to thwart haters, rival gang members and those jealous of his stardom. "I bust a U, pulled up to her spot, she live by the park / It's gettin' dark, my Glock on my lap, I'm just thinkin' smart." Few rappers are able to make songs that bring relatability to the stress, trauma and pain that comes with growing up in inner-city Chicago, a target of police and neighborhood rulers alike.

But Von had found a way out thanks to his rap success: He'd occasionally go back to his Parkway Gardens neighborhood in Chicago with wads of cash, and give them to families and kids in need.

Von's death is a tragedy in any context, but that it came just one week after the release of a new album, Welcome to O'Block – the title of which makes it all the more clearer how strongly Von yearned to return home, to make amends with those that had wronged him and infuse his community with a strong, inspiring presence. This was already a banner year for Von, and the release of O'Block was likely to be a celebratory cap on his ascent to rap's upper echelon. 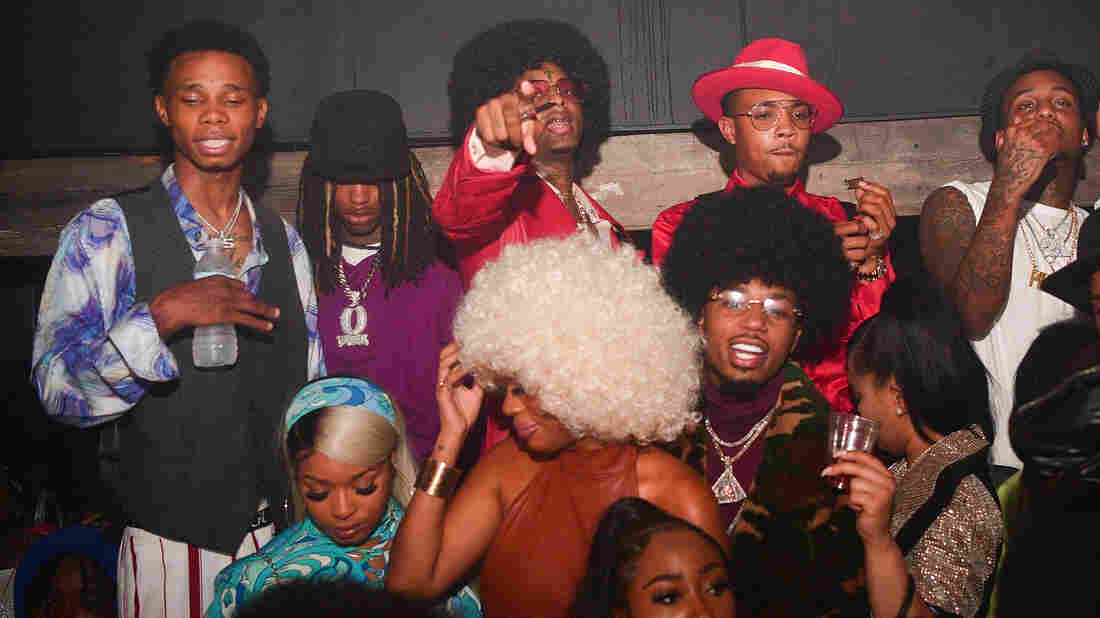 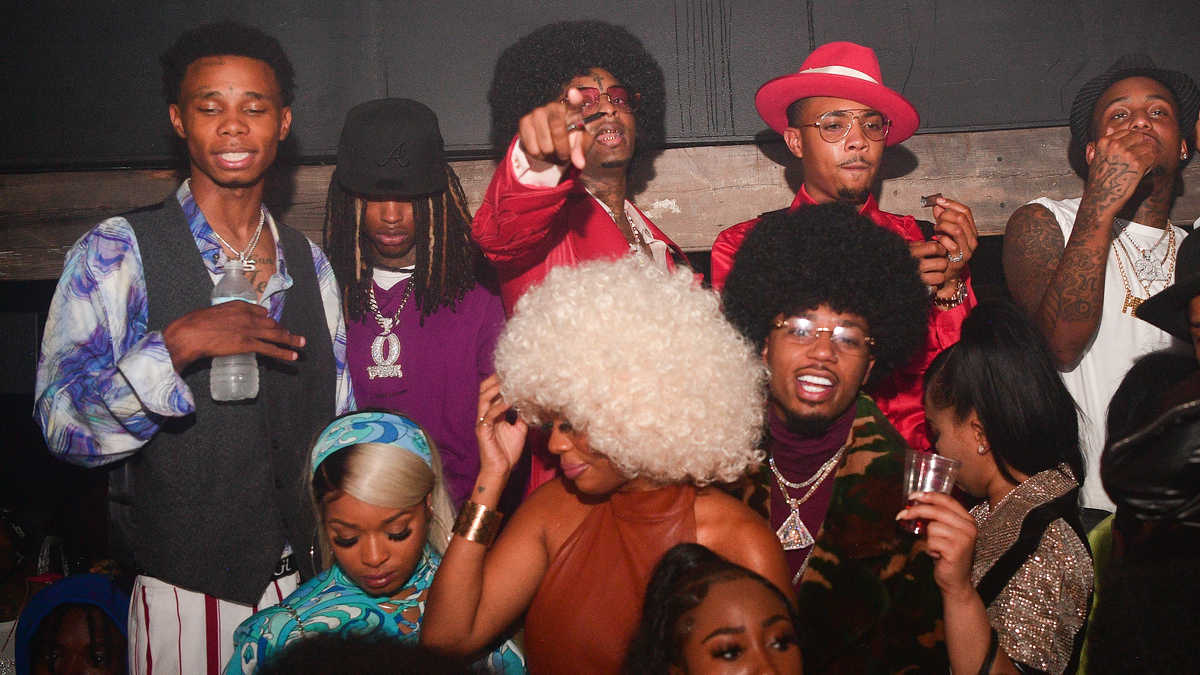 King Von (back row, second from left) pictured with 21 Savage, G Herbo and Metro Boomin, photographed at a '70s-themed birthday party for 21 Savage on Oct. 21, 2020 in Atlanta, Ga.

One of his biggest hits, "Crazy Story," encapsulates everything that made him the next voice of Chicago rap. It's both witty and tragic, stuck between glorifying violence and lamenting the fact that it ever had to come to this: "I grab my Glock, it been through a lot, but it still shoot like new / We at the top, yeah we lost a lot​, but that just how it go." King Von knew how quickly success could come, but more importantly, how conspiring forces could make it go away in an instant.