Accessibility links
Review: 'Instant Karma,' By Marissa Meyer Marissa Meyer's new novel follows a girl who — after a karaoke rendition of John Lennon's "Instant Karma" and a blow to the head — develops the ability to visit swift retribution on wrongdoers.

If You Could Administer 'Instant Karma,' What Would You Do?

If You Could Administer 'Instant Karma,' What Would You Do? 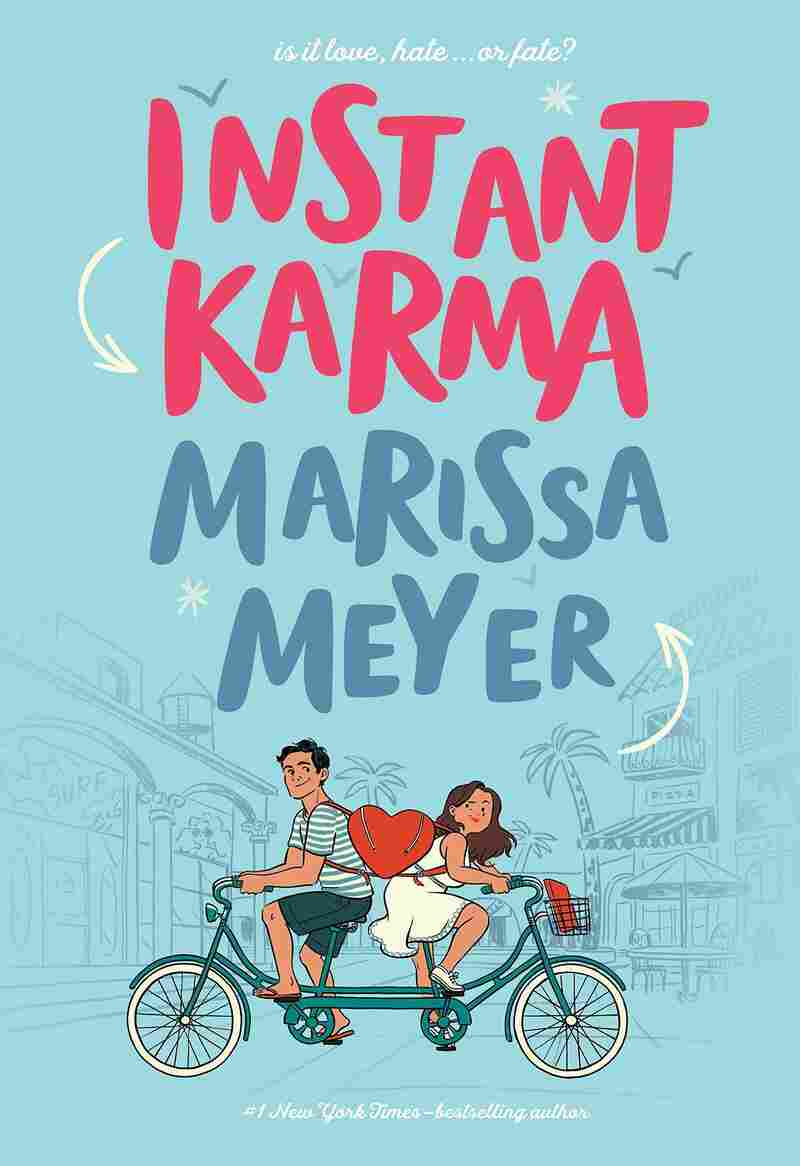 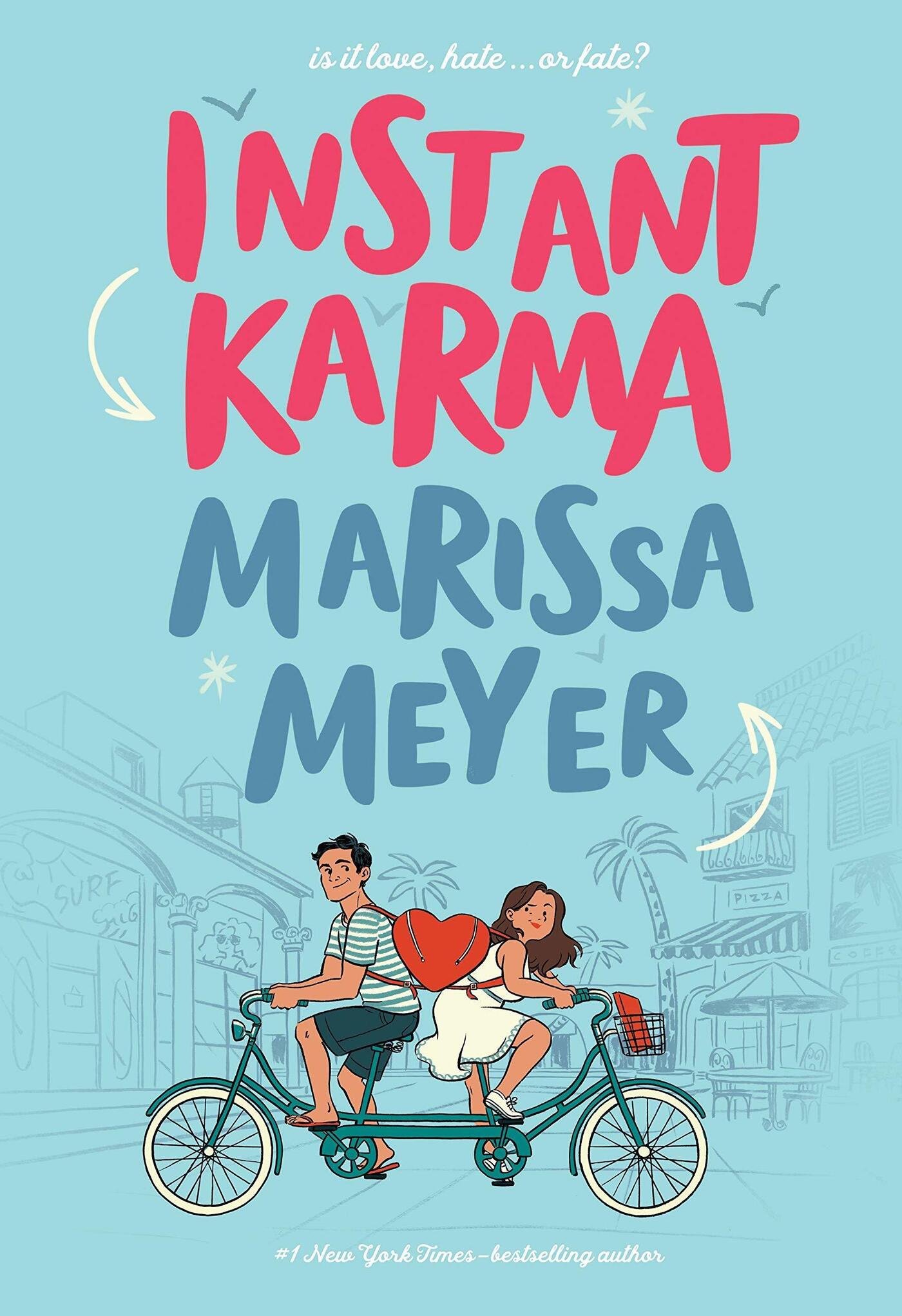 One of the first things I learned in my Buddism/Hinduism studies this year is that Westerners have a twisted perception of karma. Karma is more like spiritual thermodynamics: Every action, intent and deed a person does has an effect on their future. That future might happen now, or a lifetime from now, so it's really just better all around to stay on the side of good. Karma is not, as many have come to know it, a punishment or reward by an external force.

Unless you happen to be Prudence Barnett.

Prudence, a graduating sophomore at Fortuna Beach High, finds herself with the powers to exact such justice after performing a rousing karaoke version of John Lennon's "Instant Karma" and promptly getting knocked right on the head. She starts small, using her powers to give offenders their just deserts with a punishment comparable to the severity of the crime. What she would really love to do is get back at Quint Erickson, the boy in her class who tanked their last team assignment in marine biology. Pru is a stickler for both time and project management, and she can't bear to think that this less-than-perfect grade will mar her record. So she investigates this sea animal rescue center he seems to be obsessed with. Turns out, the center wasn't just made up on paper; Quint works there with his mom, Rosa, the owner.

As a result of several moments of parental miscommunication, Pru suddenly finds herself volunteering at the center. It's the only way Quint will help her, after all, and their teacher will not accept anything less than a team make-up assignment. As the two frenemies reluctantly begin to work together, we discover that Quint isn't half as lackadaisical as Pru makes him out to be — and Pru's stubborn, anxious quirks, while not quite endearing, are certainly understandable. She's just one of those people that's always tied up in knots —all work and no self-care. Quint and Pru certainly have a lot to learn from each other, and they do.

In the meantime, the sea animal rescue center is in desperate need of a social media makeover and a boost in local visibility. As this was Pru's strength on their lackluster presentation, she takes the reins. She reinvigorates the rescue center's brand with a massive beach clean-up party that culminates with a rehabilitated wildlife release.

'Instant Karma' is a delightful book that will have you longing for the beach — or, at least, a giant bowl of popcorn and the animal rescue classic 'Dolphin Tale.'

While Pru learns about otters and sea lions, her supernatural powers hammer home the lesson that with great power comes great responsibility. Sure, she can deal out punishment and rewards as she sees fit, but how can she decide what's fair in a complex situation when she can see right on all sides? Is all this justice ultimately coincidence or fate? How much free will do we really have? And why on earth isn't any of this working on Quint the way it should be?

Ultimately, Marissa Meyer's Instant Karma is a delightful book that will have you longing for the beach — or, at least, a giant bowl of popcorn and the animal rescue classic Dolphin Tale. Quint and Pru's relationship is a fun, quirky enemies-to-love story that definitely leaves the reader satisfied. As for karma, we can take comfort in the fact that, no matter what happens, the universe is bigger than all of us. The one thing we can control is how many good actions, thoughts, and deeds we put into it.

If you had the power to exact instant retribution, what would you do with it?