Accessibility links
U.S. Sets Another Single-Day Record For Coronavirus Cases The total number of confirmed cases in the U.S. is approaching 10 million. The virus is spreading unchecked in more than half the country — and the U.S. is far from alone. 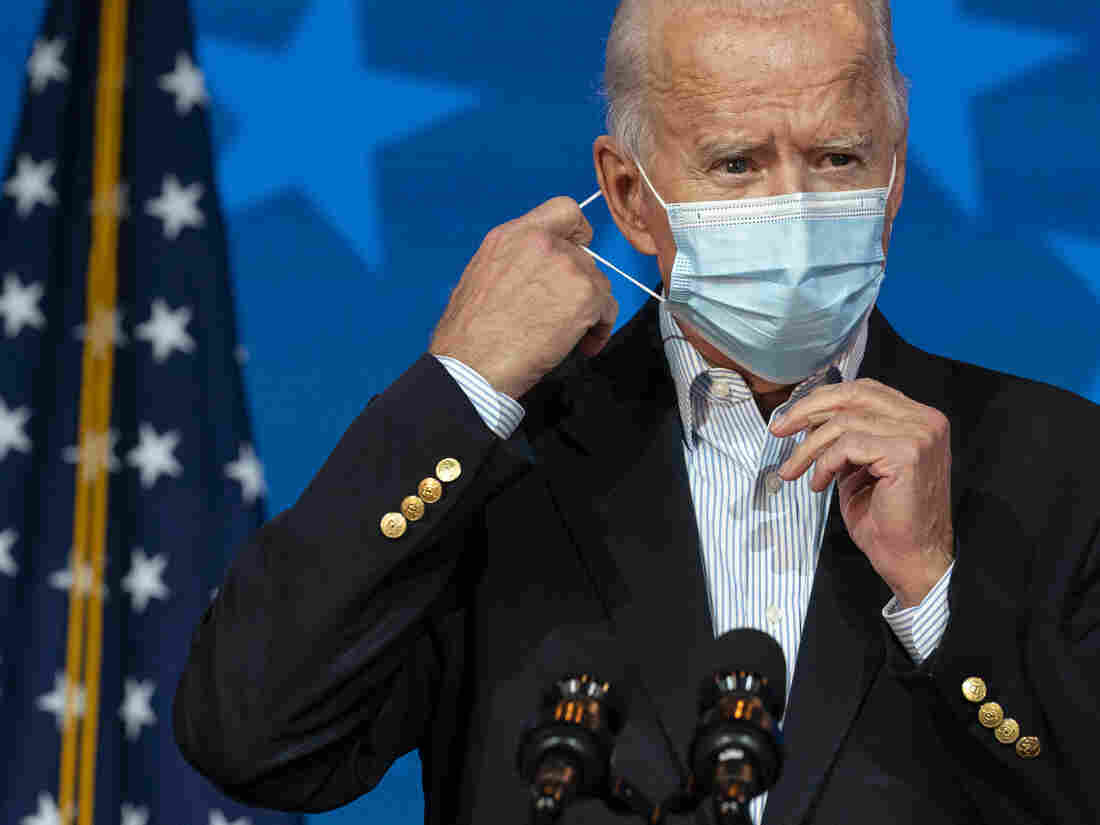 Joe Biden, now the president-elect, removes his face mask Thursday to speak in Wilmington, Del. When he takes office, Biden will be dealing with a virus that is rampaging through the country. Carolyn Kaster/AP hide caption 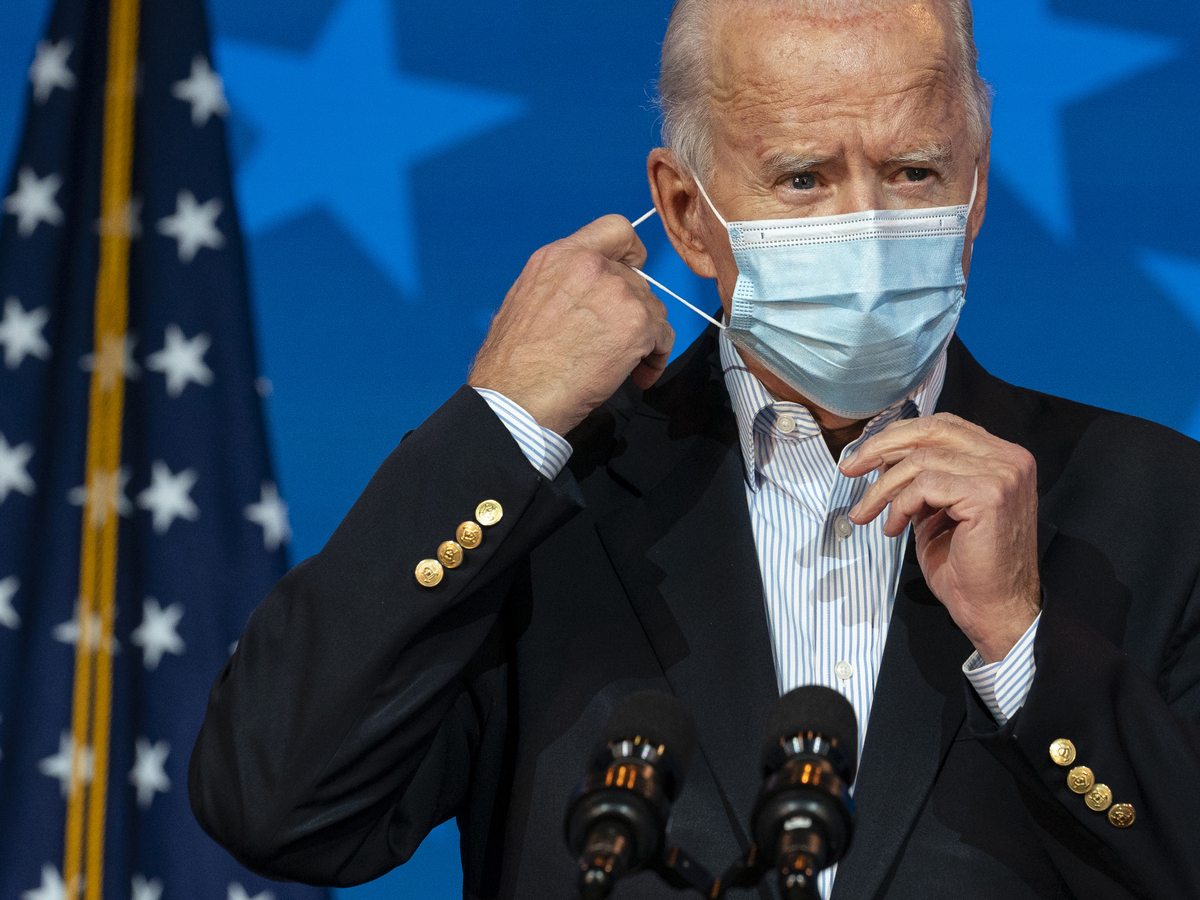 Joe Biden, now the president-elect, removes his face mask Thursday to speak in Wilmington, Del. When he takes office, Biden will be dealing with a virus that is rampaging through the country.

President-elect Joe Biden will have his work cut out for him.

The United States added 126,480 new coronavirus cases on Friday, according to data released Saturday by the Johns Hopkins Coronavirus Resource Center. It's the third day in a row that the U.S. has set a daily record, bringing the total number of infections in the country to more than 9.7 million. More than 236,000 have died.

Biden and Vice President-elect Kamala Harris have laid out a comprehensive plan to try to get the virus under control, including the creation of a pandemic testing board to produce and distribute tens of millions of tests, and a U.S. public health jobs corp to mobilize at least 100,000 Americans to help with contact tracing and protecting at-risk populations.

But it's unclear how effective these steps will be against a virus poised to surge even more as colder weather sets in and people retreat indoors.

More than half the country is seeing unchecked community spread, defined as more than 25 daily new cases per 100,000 people. Close to 55,000 people were in the hospital Friday with COVID-19, according to the COVID Tracking Project.

"Hospitals are definitely strained and societal measures remain relatively liberal," Dr. David Brett-Major, professor of epidemiology at the University of Nebraska, told The New York Times. "You just don't get the feeling that folks are committed to enforcing taking it seriously."

The challenge of containing the latest surge in cases has extended to the White House, with the news late Friday that President Trump's chief of staff, Mark Meadows, has tested positive for the coronavirus. Meadows is the latest member of the president's circle to contract the virus. Multiple White House staffers and campaign aides have tested positive for the coronavirus in recent weeks, and the president was hospitalized for COVID-19 in October.

Although America is the world leader in coronavirus infections, other countries are catching up. Many European countries have seen exponential growth in recent weeks. National lockdowns are in effect in several countries there, including England, Greece and Italy. Charts of the virus's spread in France, Poland and Germany all show classic hockey-stick shaped graphs, indicating the virus is nowhere near under control.

France had the second-highest rate of infections in the world Friday, with 60,727 cases and 828 deaths. French nursing homes alone have seen more than 400 COVID-19 deaths in the past week, with some residents once again cut off from their families.

France is among several European countries that have imposed new lockdowns in the face of continued infections. But at least in France, the public isn't observing the lockdown as stringently as it did during the country's first lockdown in March. According to Le Monde, during the week since the latest lockdown has been in place, there has been about a 30% drop in vehicle traffic — compared with an 80% decline in traffic during the first lockdown.