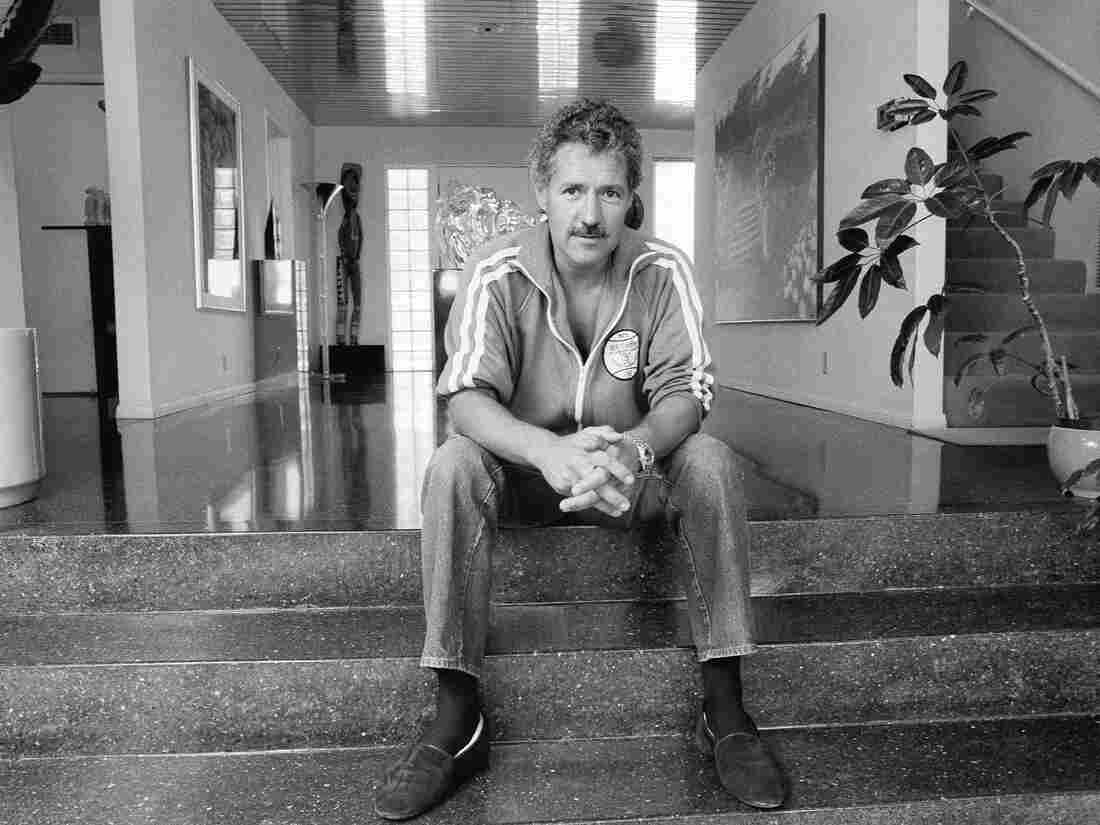 Alex Trebek began hosting Jeopardy! in 1984. He is shown above in his Los Angeles home in 1988. Alan Greth/AP hide caption 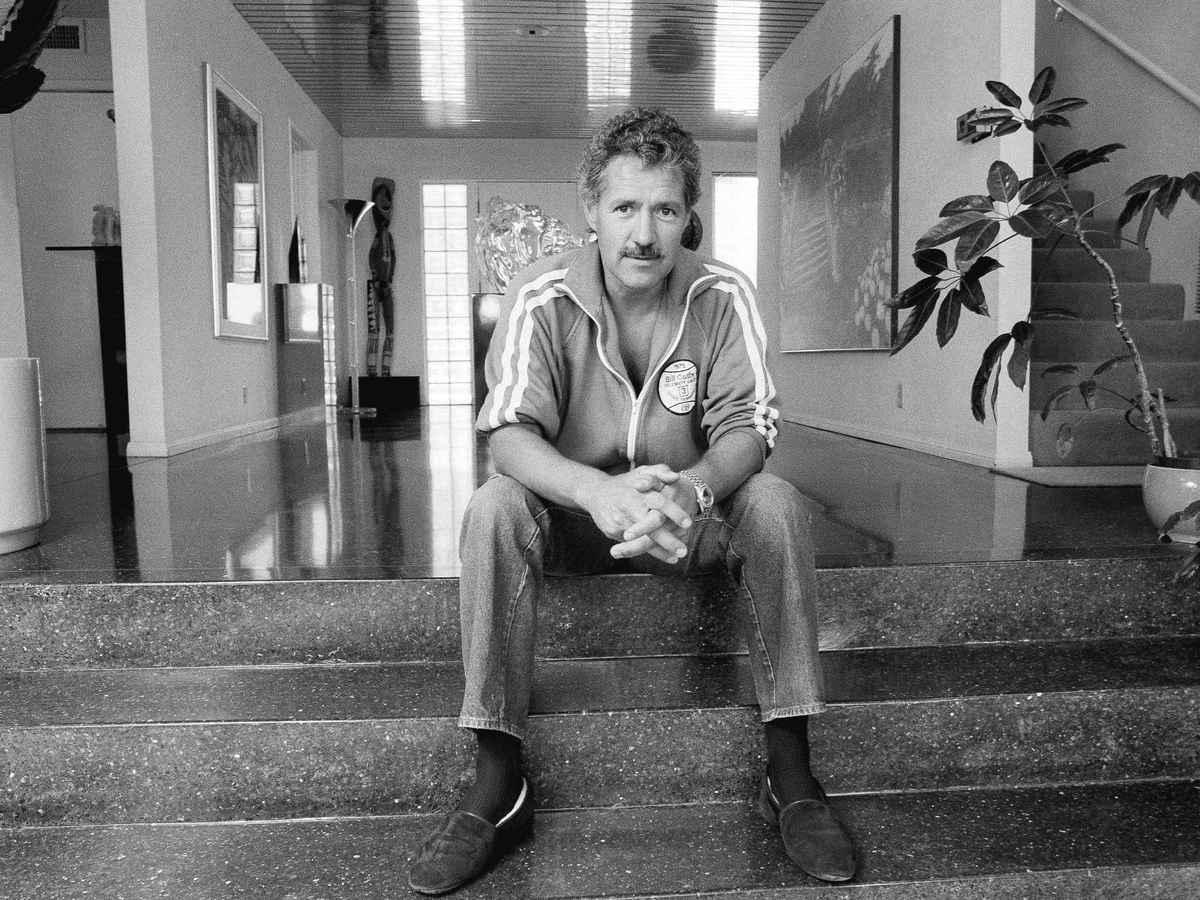 Alex Trebek began hosting Jeopardy! in 1984. He is shown above in his Los Angeles home in 1988.

In the category of "Beloved Trivia Game Show Hosts," there is one very clear answer: Who is Alex Trebek? For 36 years, Trebek quizzed Jeopardy! contestants on history, geography, hip-hop lyrics, "Potent Potables" and "Potpourri."

Trebek died in Los Angeles on Sunday morning at age 80. His death was confirmed by the Jeopardy! Twitter account: "Jeopardy! is saddened to share that Alex Trebek passed away peacefully at home early this morning, surrounded by family and friends. Thank you, Alex."

Trebek enjoyed the intelligence of Jeopardy! contestants. "I love spending time with bright people ... and Jeopardy! puts me in touch with bright folks all the time," he told NPR in 2016.

Trebek was born in Ontario, Canada — his father was a chef who'd immigrated to Canada from Ukraine. In the early 1960s, while studying philosophy at the University of Ottawa, Trebek worked as a news and sports announcer for the Canadian Broadcasting Corp.

Trebek hosted programs about music, skating and horse racing, as well as a high school quiz show called Reach for the Top. In 1973, he moved to LA to host NBC's new game show, The Wizard of Odds. Trebek went on to host a string of shows in the 1970s, '80s, '90s and beyond, including The $128,000 Question, Double Dare, Battlestars, To Tell the Truth and High Rollers.

Jeopardy! was a hybrid trivia quiz and IQ test created in 1964 by TV host Merv Griffin and his wife, Julann. It was designed to restore credibility to the TV game show genre, which had fallen into disrepute following the cheating scandals of the 1950s. Twenty years after it began, Trebek became the host of Jeopardy! when it was syndicated. For his first three seasons, Trebek was also the show's producer.

"Most of the time, our contestants are not there for the money on Jeopardy!," he told NPR's Fresh Air in 1987. "They are there to show off their intellectual skills. They are there to have their moment in the sun and be television stars for that half-hour."

In 2016, he told NPR that he liked chatting with contestants to get a sense of their personalities. "Some of them — for want of a better term — are nerds, but most of them are just bright people," Trebek said on Weekend Edition. "What I'm trying to do is get across to the viewers that these are ordinary folks — you're going to like them." 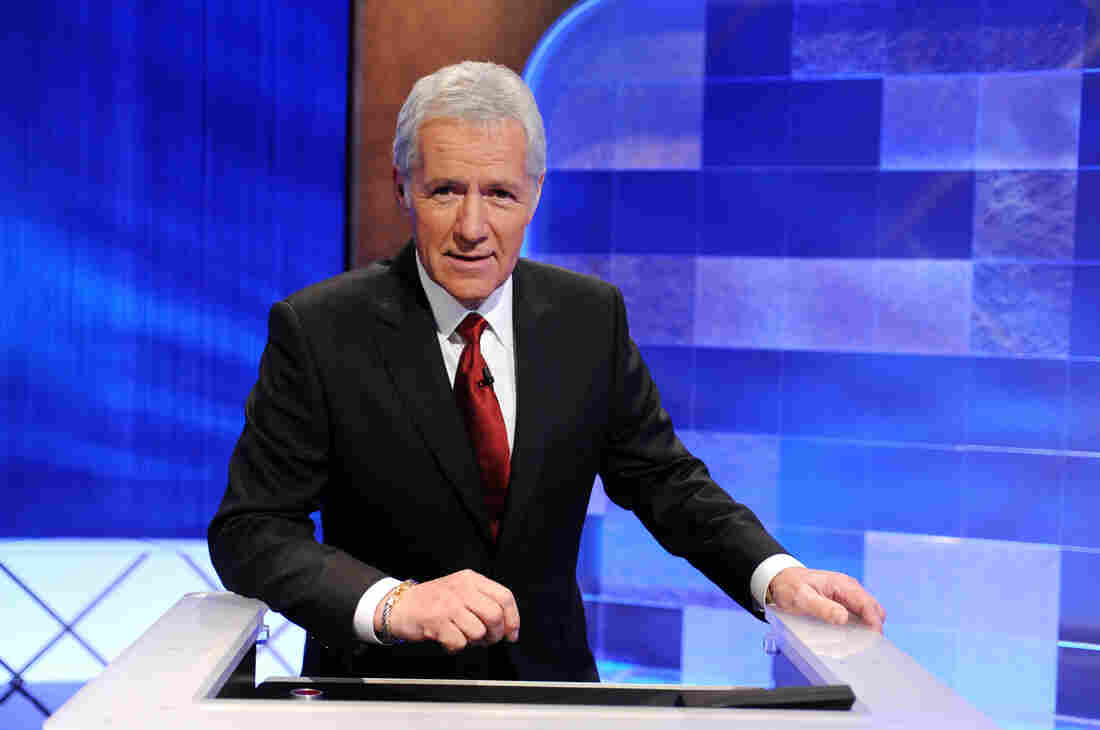 Trebek said he hated to see contestants lose for forgetting to phrase their answers as questions. "I'm there to see that the contestants do as well as they can within the context of the rules," he told Fresh Air's Terry Gross in 1987. Above, Trebek poses on the set in April 2010. Amanda Edwards/Getty Images hide caption 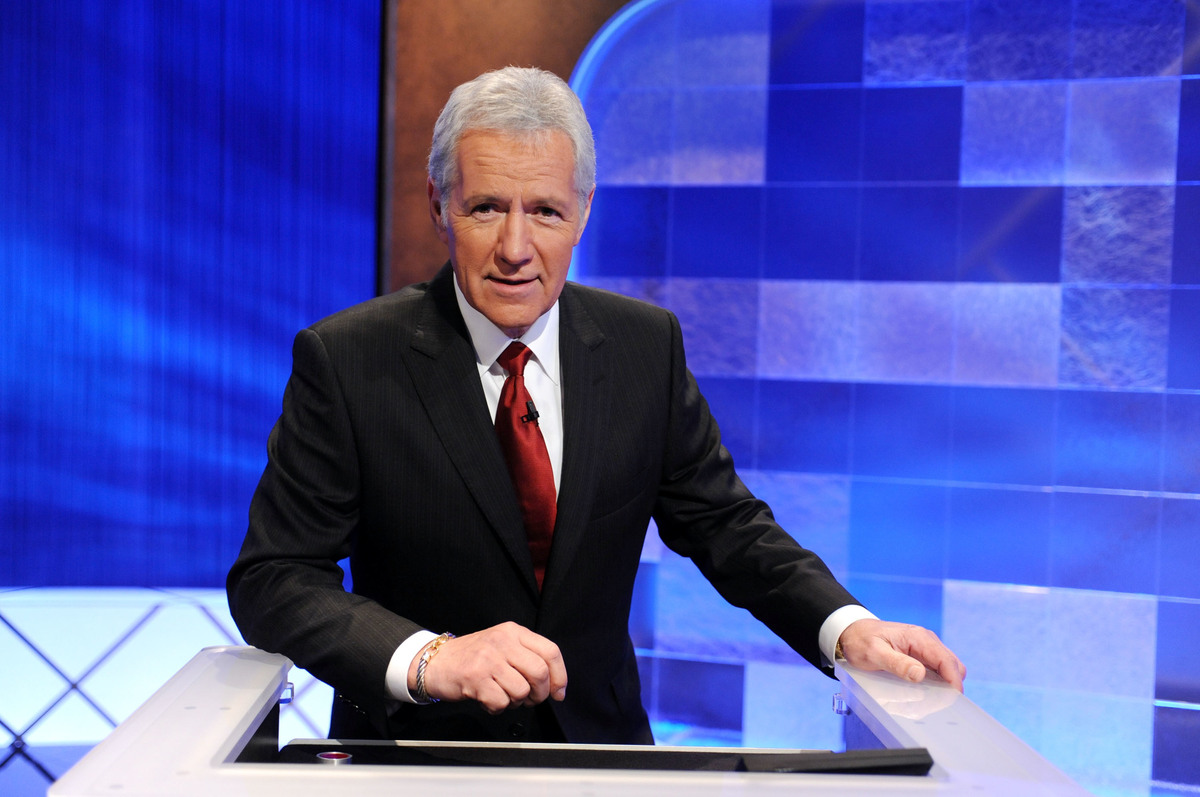 Trebek said he hated to see contestants lose for forgetting to phrase their answers as questions. "I'm there to see that the contestants do as well as they can within the context of the rules," he told Fresh Air's Terry Gross in 1987. Above, Trebek poses on the set in April 2010.

Jeopardy! champ James Holzhauer once compared Trebek's credibility to newsman Walter Cronkite's. But the host also sometimes poked fun at himself and wore goofy costumes. Trebek voiced himself in the animated series The Simpsons, and comic actor Will Ferrell parodied him on Saturday Night Live.

When asked why Jeopardy! survived while countless other game shows had come and gone, Trebek credited the "the gimmick" of the question-and-answer format. But it was more than that: "Americans are very competitive, and people play along at home just to test themselves," he said.

Trebek knew those fans playing along at home often got all the answers. They'd say, " 'Gosh, I sit at home in my living room and I get everything right,' " Trebek said — and he acknowledged it was true. "Most people do a lot better in their living rooms than they will ever do on the program."

In March 2019, Trebek delivered some bad news directly to fans. "Just like 50,000 other people in the United States each year, this week I was diagnosed with stage 4 pancreatic cancer," he announced in an online video. "Normally the prognosis for this is not very encouraging, but I'm going to fight this. ... Truth told, I have to, because under the terms of my contract, I have to host Jeopardy! for three more years."

Trebek vowed to continue working, and he did, through bouts of chemotherapy.

In November 2019, one contestant expressed what many Jeopardy! fans were feeling: For his "Final Jeopardy!" answer, Dhruv Gaur wagered $1,995 on his answer: "What is We ❤ you, Alex!"

What Story Would You Tell On Jeopardy?

What Happens When Your 'Jeopardy!' Response Goes Viral