Accessibility links
'Moonbase 8' Review: Not Enough Fuel For Liftoff The Showtime comedy series about three NASA astronauts-in-training at a mock moonbase in the desert vibrates on its own singular wavelength, but never generates laughs. 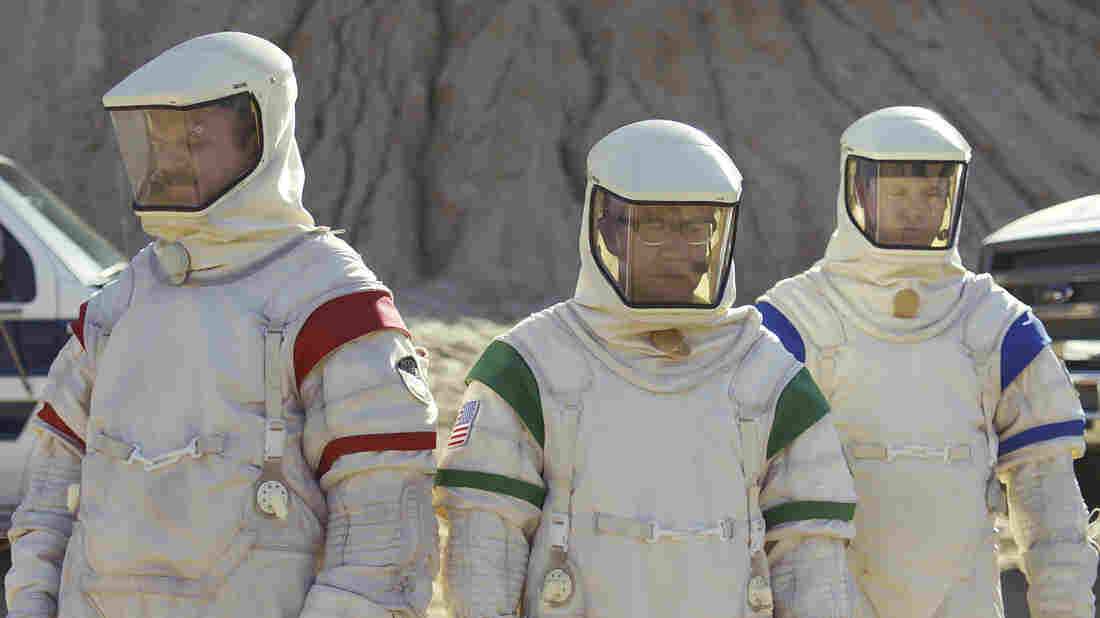 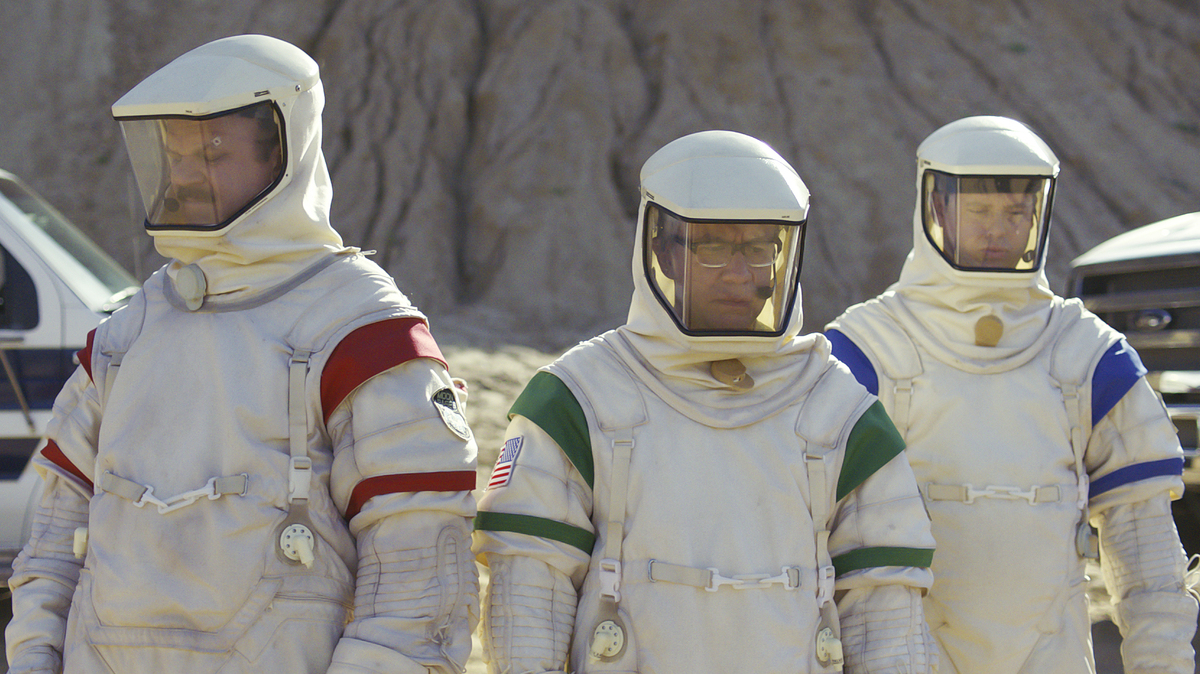 In Showtime's six-episode series Moonbase 8, about a group of pathetic astronauts-in-training living in isolation at a mock moonbase in the desert, the comedy is sometimes broad (John C. Reilly's blustering buffoon of a team leader), sometimes dry (Fred Armisen's passive-aggressive science officer), and sometimes ... whatever it is that Tim Heidecker is up to at any given moment (he plays a dim-bulb devout Christian whose personality is so unutterably and pervasively bland that he comes off in most scenes like an inert lump of vanilla pudding, like the anthropomorphic incarnation of the concept of beige).

What the series' comedy is not, terribly often, is funny.

Oh, it's specific. It's considered. It's very much hitting the precise target it's aiming for. And maybe that's enough. It wasn't for me, but it may very well be, for you.

Heidecker's character "Rook," for example, isn't as vacuously pallid and vapidly banal as he is because the actor's doing anything wrong. No, that's just the joke he's going for. Which is maybe what unlocks what the series is doing, or trying to do, anyway.

Because once you take a step back, you begin to see the show's attempt to address, albeit haltingly, the fact that white male masculinity views itself as constantly under threat.

Reilly's "Cap" is wildly incompetent and knows it, but forever strives to paper over that potentially poisonous bit of self-knowledge with bluff talk and self-confident stupidity. Armisen's "Skip" is toiling in the shadow of his much-more-successful father, and grows threatened when a visiting astronaut-in-training (Diandra Lyle) proves herself more competent and efficient than he could ever hope to be.

On paper, it all makes sense. These three sad middle-aged men, after all, are struggling to achieve a goal — going to the moon — that represented the apotheosis of success and masculinity ... to their fathers' generation. Yet a series of younger, fitter, smarter astronauts-in-training keeps getting tapped for that mission ahead of them.

Which is perhaps why the series flares to life whenever the cast briefly expands to include visitors to Moonbase 8, whether they be other astronauts fast-tracked for a mission or, in one episode, younger, hipper, smarter trainees from a nearby SpaceX base. It's in these scenes where the visitors assume the audience's role, seeing "Cap," "Skip" and "Rook" for just how wildly incompetent and insecure they truly are.

Those moments are particularly vindicating, because by far the bulk of the series' running time is taken up by our core three characters shoring each other up and patting each other on the back for their (entirely absent) intelligence and bravery. Or having endless mealtime conversations so vauntingly insipid they leach a little bit of your soul.

Which, again, is entirely the point. On Portlandia and elsewhere, Armisen in particular delighted in mocking people he found basic and boring, and his ear for the way people make uninspired observations in tedious dialogue is indeed sharp, even if it can't help but come off as condescending.

So yes, the series is mocking self-satisfied idiots like these three. And it's doing so in a way that, I have to admit, is meticulously observed.

The problem, which turns out to be a big, deal-killing one for me at least, is this: People exactly like these these guys are everywhere in the real world. They are inescapable, they are powerful, and they are emotionally draining. So hanging out with three more of them — even for only six half-hour episodes on my TV — is just no fun at all.