Accessibility links
'Another Big Leap': NASA Has Its Eyes On The Commercialization Of Space Four astronauts are scheduled to take a SpaceX capsule to the International Space Station on Saturday. NASA hopes to demonstrate the safety and reliability of regular crew transportation to the ISS. 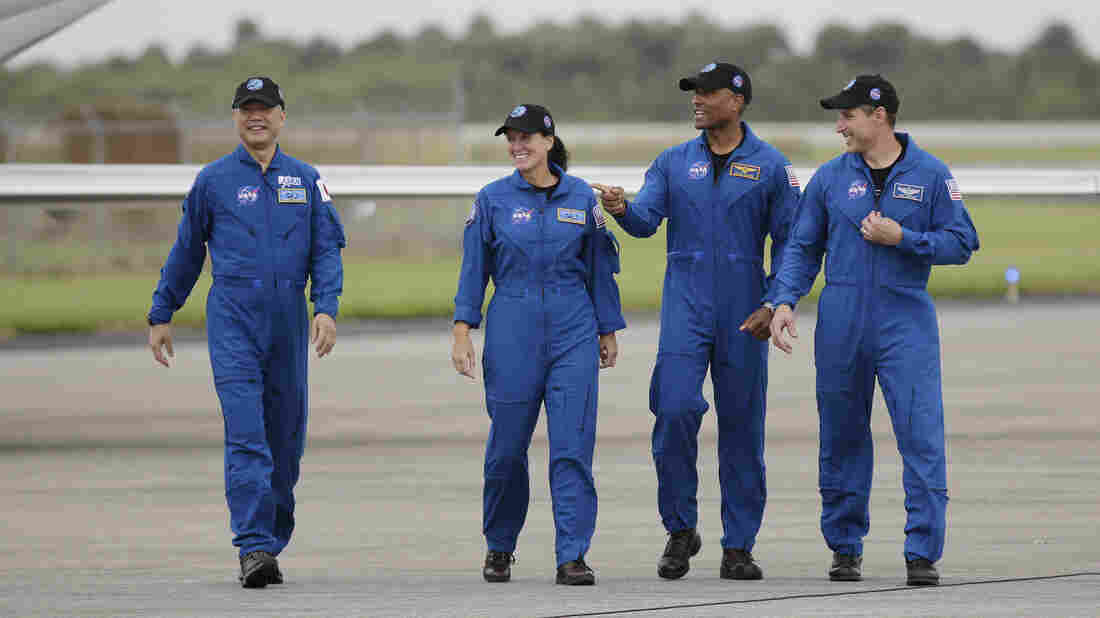 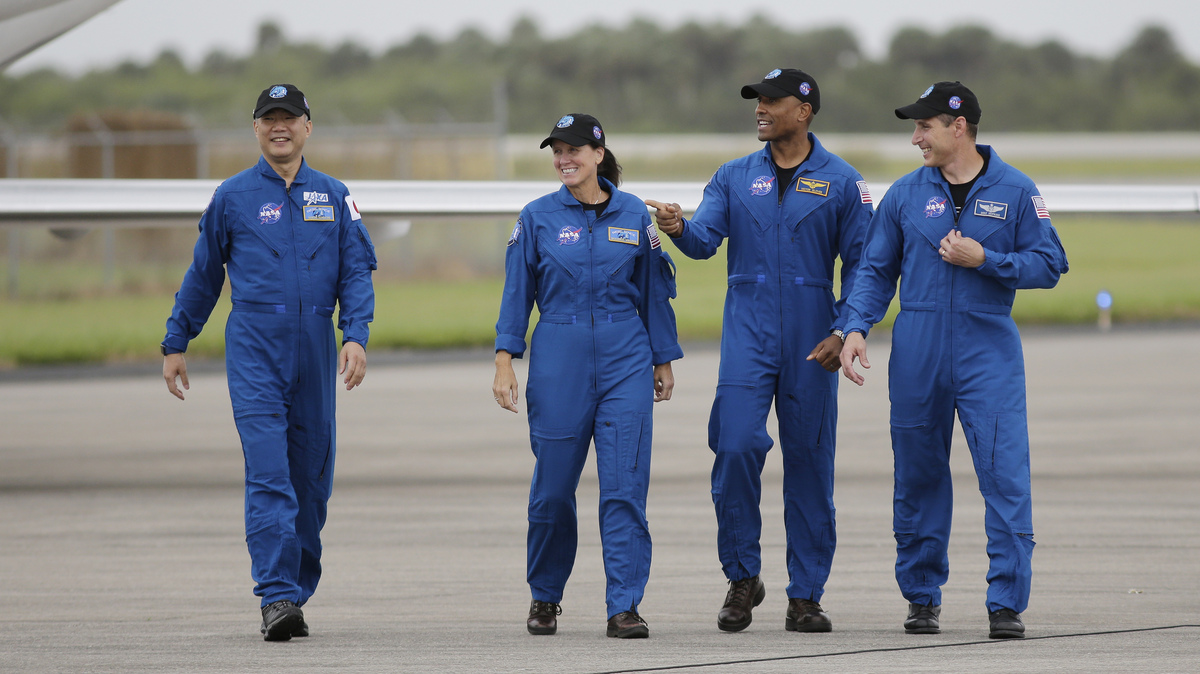 From left, astronaut Soichi Noguchi of Japan and NASA astronauts Shannon Walker, Victor Glover and Michael Hopkins walk after arriving at Kennedy Space Center in Cape Canaveral, Fla. The four astronauts will fly on the SpaceX Crew-1 mission to the International Space Station scheduled for launch on Saturday.

Four astronauts arrived at the Kennedy Space Center on Sunday to bring the U.S. one step closer to regularly ferrying travelers to and from the International Space Station.

The NASA and SpaceX Crew-1 mission is scheduled to launch Saturday evening. NASA sees the mission as a major step for its commercial crew program, which aims to routinely rotate crews on and off the International Space Station, while also laying the groundwork for future missions to the moon and Mars.

"Today we are taking another big leap in this transformation in how we do human spaceflight," NASA Administrator Jim Bridenstine said. "What we're talking about here is the commercialization of space. NASA is one customer of many customers in a very robust commercial marketplace in low-Earth orbit."

Upon docking with the ISS, the four will be welcomed by the current crew — including astronaut Kate Rubins, who recently voted from space — bringing the space station's complement to seven for the first time in its history. Over the next several months, the crew will conduct science research on such topics as botany and cancer. Their return is scheduled for the spring.

NASA has been working with the private company SpaceX to deliver cargo to and from the station for years. This summer, two NASA astronauts flew to the ISS on a SpaceX capsule, and later successfully splashed down off the coast of Pensacola. It was the first planned splashdown since 1975. After that successful test, NASA certified the SpaceX crew system as "operational" for future astronaut missions.

Since NASA retired the Space Shuttle fleet in 2011, the agency has had to buy seats on the Russian Soyuz spacecraft for its flights to the ISS.

"I can't tell you how great it is to welcome a crew here to go to space again," Kennedy Space Center Director Bob Cabana told the group upon their arrival Sunday. "I envy each and everyone of you. This whole effort to commercialize low Earth orbit, this is just a gigantic step in making that happen."

Glover, the only crew member without previous spaceflight, was enthusiastic: "It's really special today, because we flew an airplane in here, but the plan is to leave on top of a rocket," he said. "So that's pretty neat."