Accessibility links
2020 Elections Bring Wins For Transgender And Nonbinary Candidates In 2020, transgender candidates continued to win elections. In Kansas, one winner, Stephanie Byers, says voters seemed more concerned with her policy than with her gender identity. 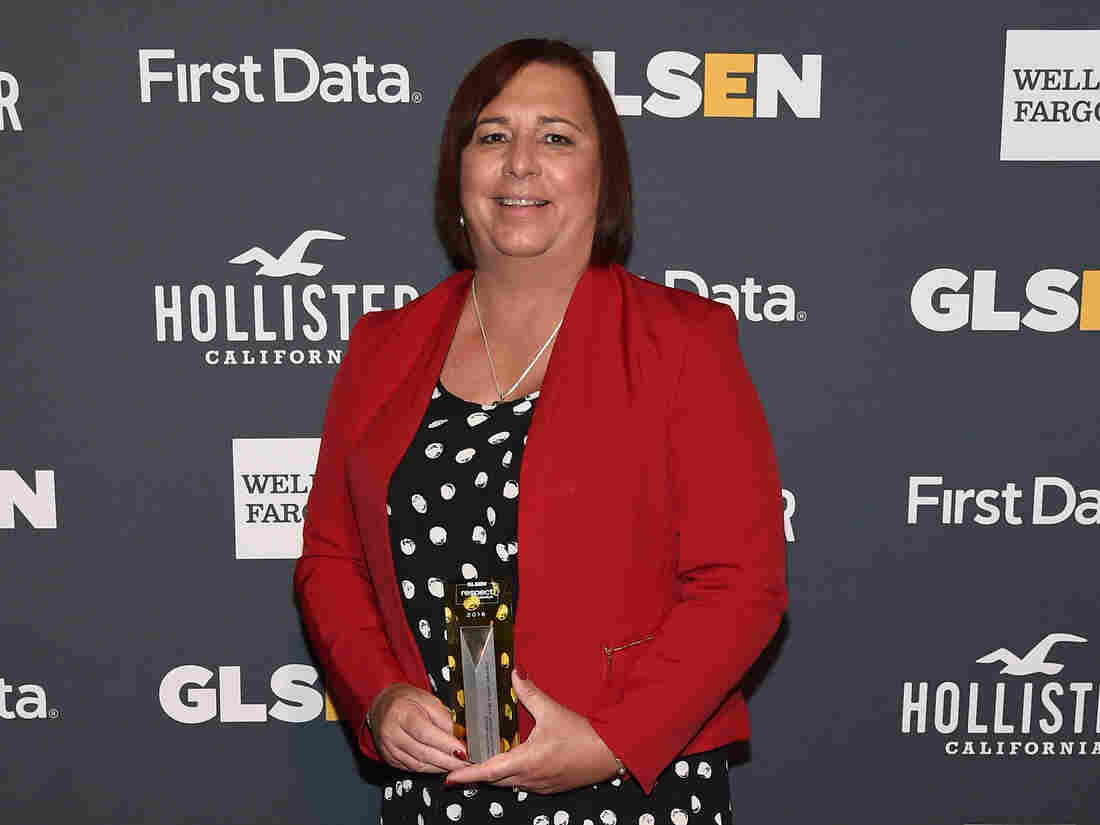 Stephanie Byers, pictured here as a 2018 GLSEN Educator of the Year, won her 2020 race for the Kansas state House of Representatives. Ilya S. Savenok/Getty Images for GLSEN hide caption 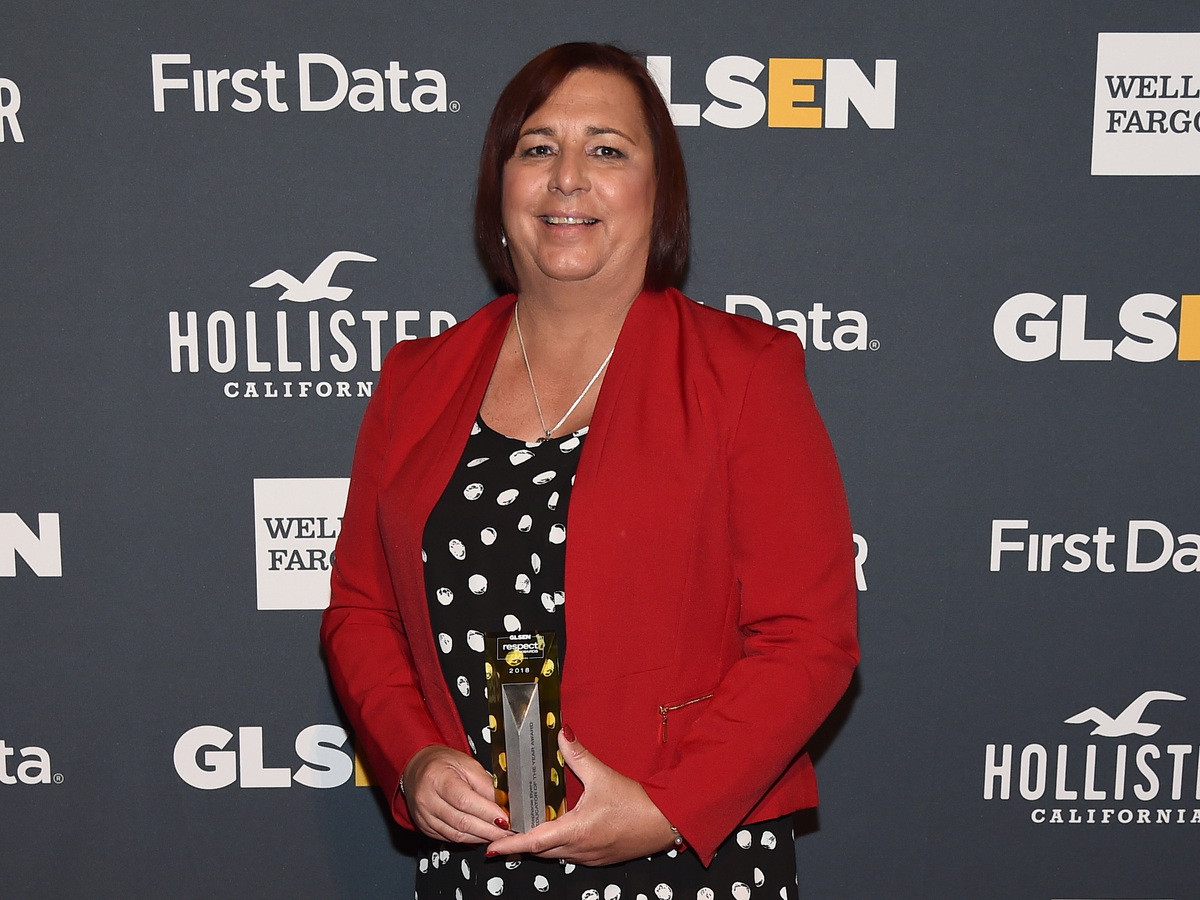 Stephanie Byers, pictured here as a 2018 GLSEN Educator of the Year, won her 2020 race for the Kansas state House of Representatives.

In the 2020 general election, voters elected six transgender candidates to state office, a historic turn that will increase the number of trans elected officials in state legislatures from four to seven nationwide.

"For the entire LGBTQ community, but especially for trans people, these victories are incredibly meaningful and indicate a growing level of acceptance that definitely was not there just a few years before," says Elliot Imse, Senior Director of Communications at LGBTQ Victory Fund.

Openly trans candidates were elected, or reelected, in Arkansas, California, Colorado, Delaware, Illinois, Kansas, New Hampshire and Vermont. The LGBTQ Victory Fund reports that the total number of transgender elected officials nationwide will jump from an existing 28 to 32 when new winners take office next year.

Illinois set a milestone electing its first openly transgender person, Jill Rose Quinn, as a judge in Cook County. Voters in Oklahoma elected Mauree Turner, the first nonbinary person to serve in a state legislature, to state House District 88. Turner is also the first Muslim lawmaker to serve in Oklahoma.

Byers, who is Native American, will represent parts of south Wichita after defeating her Republican challenger with 54% of the vote in her first run for public office. 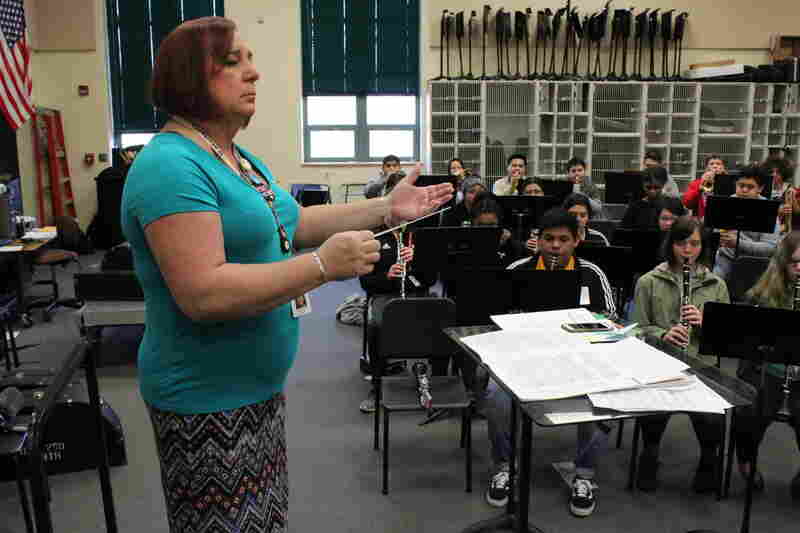 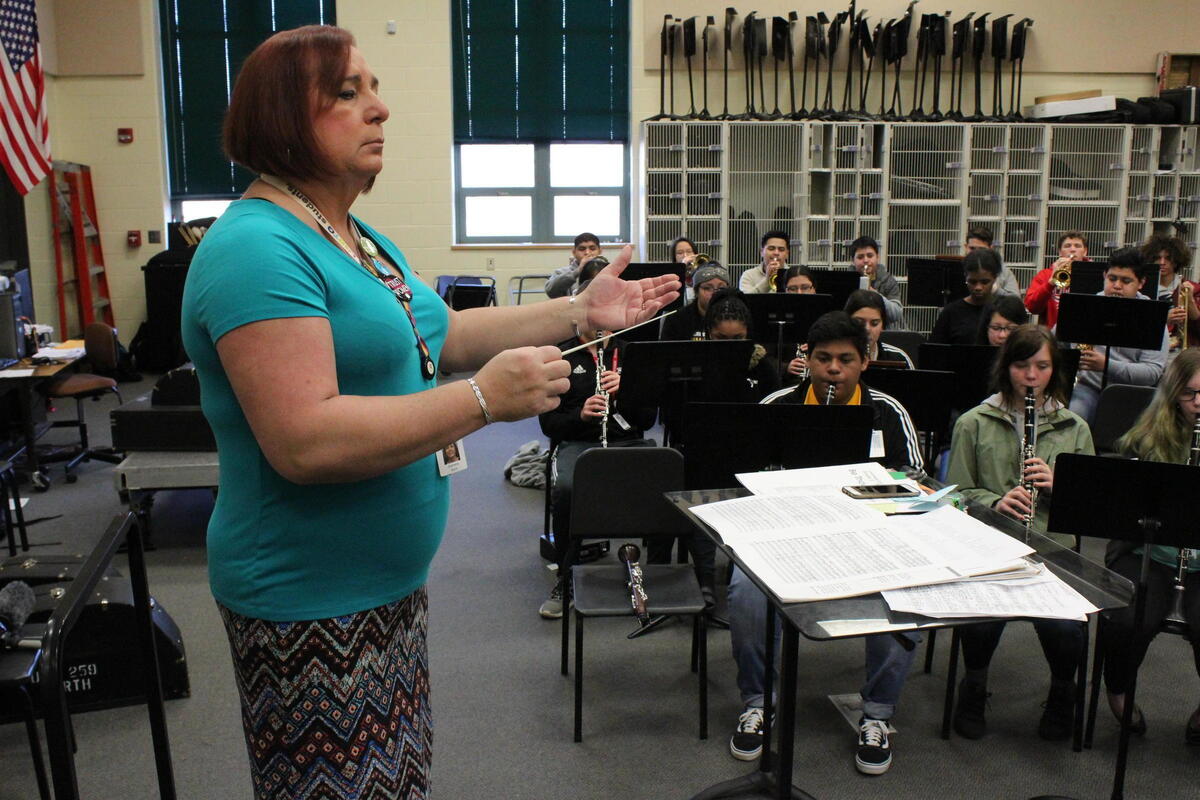 Stephanie Byers taught high school band and orchestra for 30 years before retiring. She won a seat in the Kansas House, making her the state's first transgender lawmaker.

Byers is a retired band, orchestra and jazz teacher at Wichita North High School where she taught for nearly 30 years. She said she was relieved to be able to teach at one of the largest high schools in the state without repercussions but worried it wouldn't be the same when she ran for office this year, calling it "untried territory in Kansas."

"The only comments that came up were, 'I don't care about her gender. What I care about is how she will decide things that will help me and family,' " Byers says.

She says her top priorities are the health care needs of Kansans, which are paramount due to the pandemic. She also wants to reexamine the unemployment system in Kansas, which has been criticized for its slow response as claims soared this year.

"I'm still feeling all of this," Byers says. "I'm processing through this because I never expected in my lifetime that I would be someone that is making history like this."

The results, Byers says, are a sign that our humanity has grown.

"It's about who is the best person," Byers says, "not necessarily some sort of identity that becomes a barrier when we look at electing someone."

"It's inspiring for the trans community. Ten years ago, no one would have thought that transgender people could win elected office, let alone in Oklahoma or Kansas. And now, we're seeing boundaries broken all the time," says Rodrigo Heng-Lehtinen, Deputy Executive Director at the National Center for Transgender Equality.

While surprising for some, Heng-Lehtinen says wins in places like Oklahoma and Kansas push back on assumptions about how trans people are viewed. "I think openly trans candidates winning in red states just shows that being transgender doesn't have to be a liability anymore."

Political representation of the trans community is relatively new. Only in recent years has it become easier for gays and lesbians to win elected offices in the more left-leaning areas of red states, Imse says, and the first transgender person to serve on state legislature wasn't elected until 2017.

"The fact that trans candidates are now also winning in these red states is a great sign because, generally speaking, red states tend to be much more behind blue states in terms of their support for LGBTQ equality," says Imse.

In a mark of progress for LGTBQ rights, Heng-Lehtinen says recent elections show that using the transgender community as a wedge issue among voters isn't a winning political strategy.

"I think it really goes to show that transgender people are everywhere and that when voters get to know a candidate, they judge that candidate based on the issues," says Heng-Lehtinen.

While there is still a long way to go in protecting transgender rights, Isme says, the wins are a signal that transgender people are gaining acceptance.

The gains have been hard-won, and the fight for trans rights is far from over. But the success of so many trans candidates in a time of deep division is an inspiration to the trans and LGBTQ communities.

"Every single victory has an impact that extends well beyond the boundaries of a district [where] that trans candidate won. It inspires trans people to run in their district or home state and it also humanizes trans people for the American public, which is extremely important in moving equality forward," says Isme.

David Garcia is an intern in the KMUW News Lab and a reporter at Wichita State University's Elliott School of Communication. Piper McDaniel is an intern on the NPR National Desk.