Accessibility links
Review: 'Particulate Matter,' By Felicia Luna Lemus Felicia Luna Lemus' memoir chronicles her attempt to make a life in California with her new wife — dealing with casual racism and homophobia, and then, terribly, the impact of the recent wildfires.

In 'Particulate Matter,' Climate Change Is Personal — And Painful

In 'Particulate Matter,' Climate Change Is Personal — And Painful 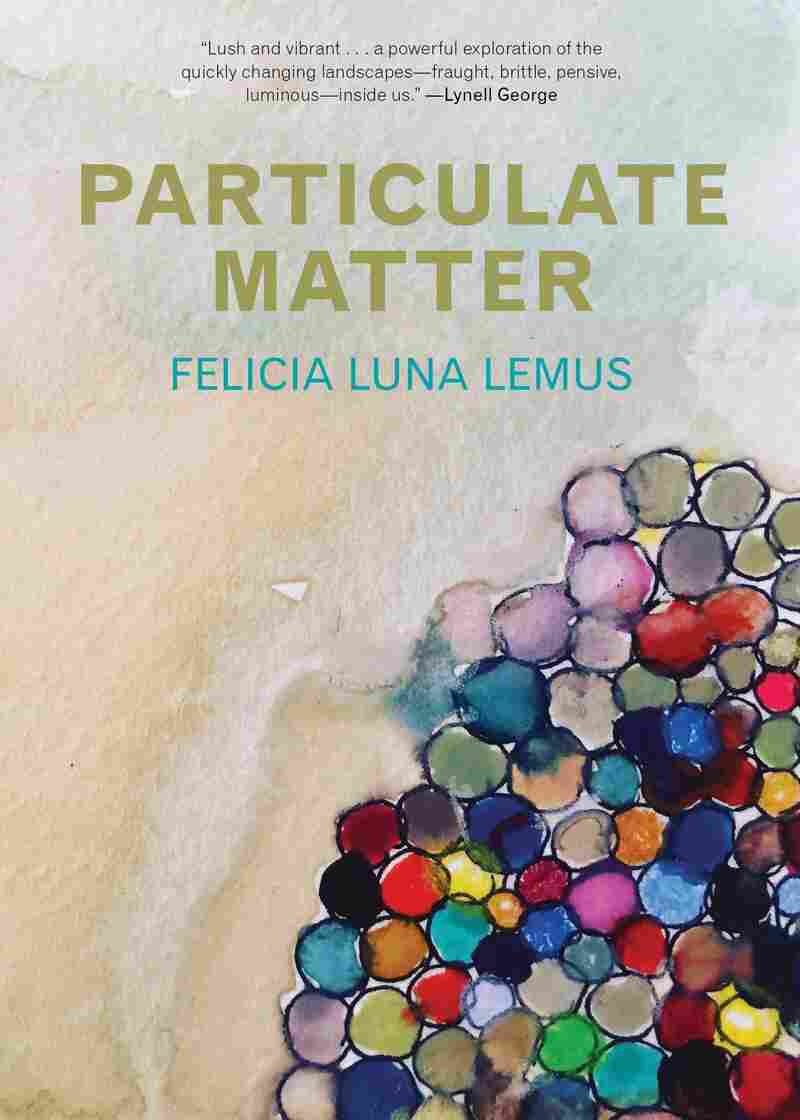 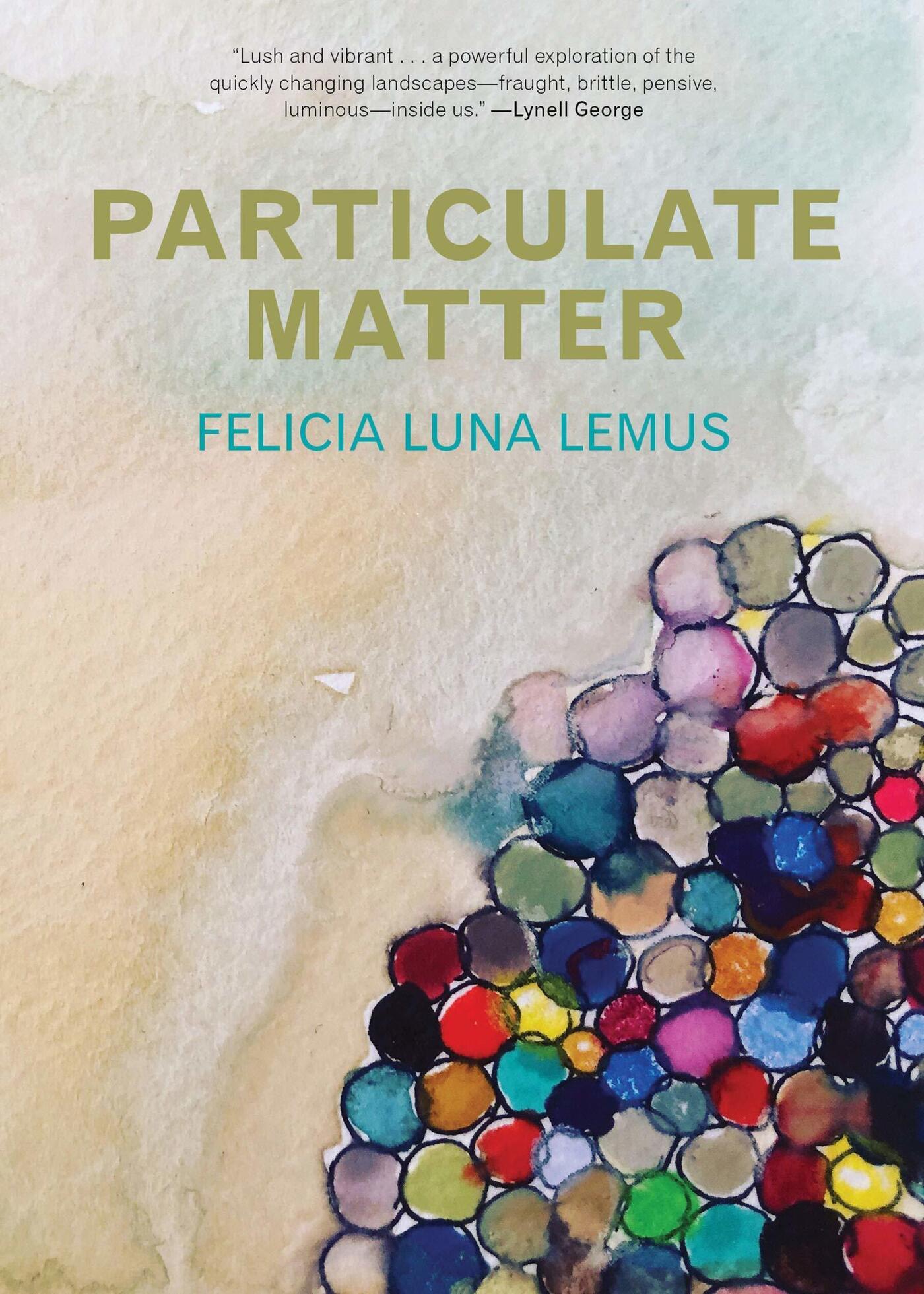 The record-setting wildfires that plagued California in 2020 have served as just one more catastrophe heaped on a year far too full of them. Of course, such devastating infernos have become an almost annual occurrence in the Golden State — and that cumulative, perennial cataclysm is the menacing backdrop to Felicia Luna Lemus' memoir, Particulate Matter. But it's more than just a cautionary tale about how climate change and its manmade causes have affected the life of the author. It's a love story that's profoundly rooted in the emotional, geographical, and sociopolitical terrain of today.

Particulate Matter, being a memoir, naturally dwells on Lemus herself; however, it focuses equally on Lemus' spouse, the acclaimed novelist Nina Revoyr. Lemus' father has recently died, and she's purchased a house in Los Angeles with Revoyr, where their relationship-in-flux is finding new footing. Illuminated by everyday observations and revelations, Lemus' narrative is one of sensitive quietude in the face of transition and grief. Thoughts echo; emotions unfold. Casual racism and homophobia lurk in the background of her day-to-day reality, with Lemus and Revoyr being not only queer but mixed race. That sense of alienation and injustice only underscores the difficulties Lemus internalizes as she navigates a new life in a new space

Then everything goes to hell. "I smell fire again," Lemus states simply, as a California wildfire descends on the delicate balance of her existence. Lemus feels a storm coming, but the clouds are made of ash. In fact, as the fires advance, fallen ash from the blazes blankets Lemus' house — and while that symbol of death and destruction is plenty obvious, her virtual Vesuvius winds up being something far more visceral: Revoyr develops dire respiratory issues due to the oppressive mix of air pollution and smoke. Their retreat to a beachfront property in the hope that she might recuperate in the ocean air sparks a different kind of change — and a different kind of flame — in their shared world.

Lemus' themes are whopping, but her delivery is subtle.

Lemus' themes are whopping, but her delivery is subtle. "Red-tailed hawks screech in the canyon all night," she writes, and it's hard not to recall similar lines of stark, natural beauty in Helen Macdonald's lauded memoir H Is for Hawk. But unlike Macdonald's propensity for denseness, Lemus's prose is feathery. The book's structure is fleeting and light, with some pages comprising only a single sentence, and whole others that contain just a brief paragraph or two. But this sparseness allows Lemus' words to sink in, drift, and reverberate. Like song lyrics or snapshots, her wisps and fragments of language take on a coded and otherworldly atmosphere, one that conveys wonder and dread almost subliminally.

In an essay published online in 2013, Lemus spoke with tenderness and conviction about her struggle to have her marriage to Revoyr legally recognized in California. Lemus described her future spouse passionately as "tall, intense, clean-cut old-school smooth, a mountain-climbing stud, a powerful 9-to-5 suited-up Boss Man." Lemus was living in New York; Revoyr in Los Angeles. Love brought Lemus to California, about which she said, "I suddenly craved L.A.'s crayon-hued smoggy sunsets." Her poetic portrait of Los Angeles' infamous air pollution serves as a tragic, unintentional premonition of the hell that smoggy sunset was about to inflict on their lives. Just as poetic is Lemus' clipped, rhythmic, lucidly dreamlike storytelling. Particulate Matter is a moving example of how to write about climate change, not didactically, but with the deep impact of both personal loss and literary elegance.