Accessibility links
Jigsaw Puzzle Business Goes 'Bonkers' As People Seek Pandemic Pastimes With so many people hunkered down due to the coronavirus pandemic, jigsaw puzzle sales are booming — and retailers are struggling to meet the increased demand. 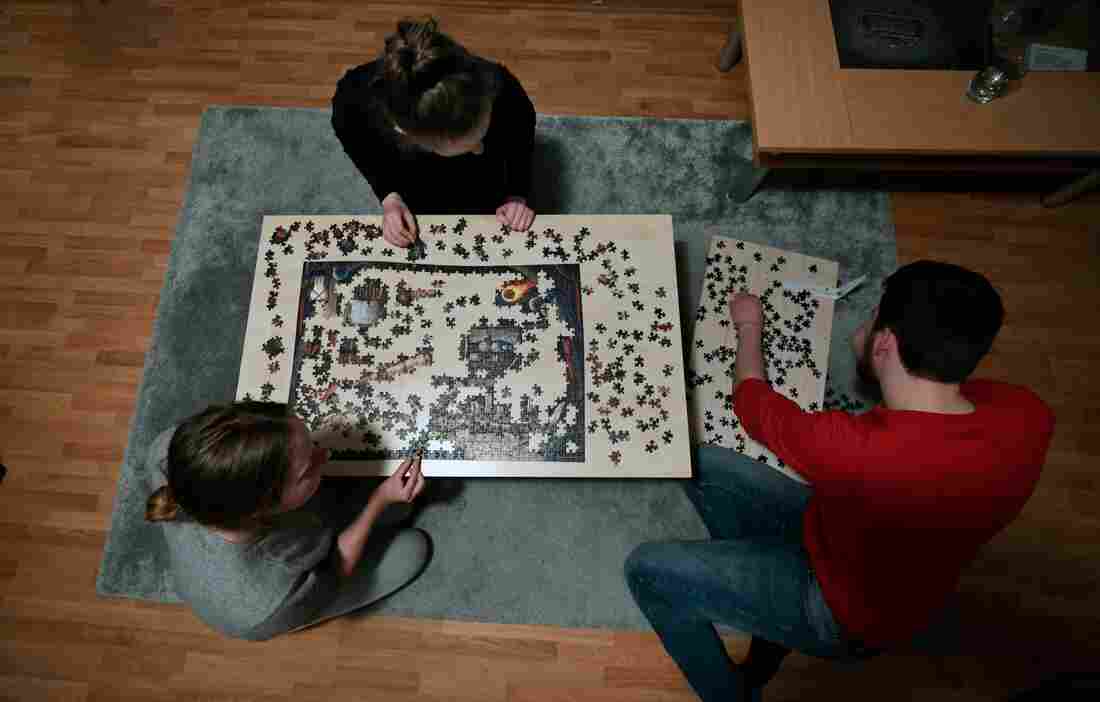 Flat-mates work on a puzzle in their living room in Dortmund, Germany, on March 27, 2020. Ina Fassbender/AFP via Getty Images hide caption 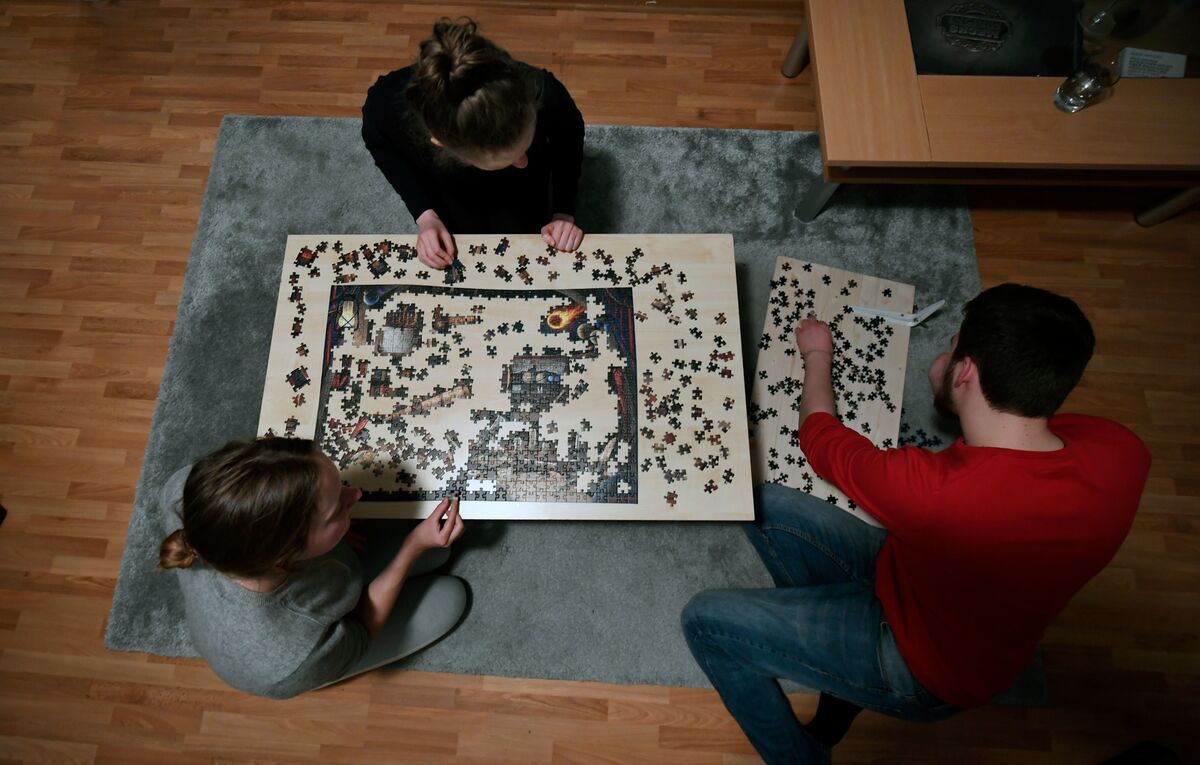 Flat-mates work on a puzzle in their living room in Dortmund, Germany, on March 27, 2020.

Jigsaw puzzles have become such a favorite pandemic pastime, retailers are having a hard time keeping them in stock. "There's a global shortage of puzzles actually," says Brian Way, co-owner of the online retailer Puzzle Warehouse. "There's not a factory on the planet that is not months behind on production."

Matthew Goins knows that firsthand. A few years ago, Goins, who is African American, was looking for puzzles for his three children. When he couldn't find any images of people who looked like his family, he and his wife started the online company Puzzle Huddle. He says their most popular puzzle shows a Black girl doing an experiment with her chemistry set.

Our puzzles are designed to inspire and affirm children from diverse backgrounds. Every child should have an opportunity to see themselves in their toys. #puzzlehuddle

Puzzle Huddle has seen more than one surge in demand recently. With schools and daycare centers closed because of the pandemic, parents were trying to keep their kids occupied and puzzles were a go-to product.

After the killing of George Floyd, Puzzle Huddle got another wave of orders from customers who wanted to support Black-owned businesses. For a while, Goins says his inventory of best-sellers was "down to zero."

Puzzle Huddle designs and licenses artwork in the U.S. and the puzzles are manufactured in China. Goins says they started seeing delays back in January before the pandemic hit the U.S. But he says production is gradually coming back. "None of our factories returned at full capacity, ready to crank out whatever products we needed on the drop of a dime. They all kind of return very slowly and methodically and with careful production rates," he says.

Manufacturing puzzles is not as simple as it might seem, explains Brian Way.

The kind of cardboard you have matters. How the picture is affixed to the cardboard, how it's cut. The reason there is a global shortage is because the manufacturing is so complex and so expensive that there's almost no new production coming onto the marketplace.

"The kind of cardboard you have matters. How the picture is affixed to the cardboard, how it's cut," he says. "The reason there is a global shortage is because the manufacturing is so complex and so expensive that there's almost no new production coming onto the marketplace."

Whether it's farm animals, fine art, landscapes or ladies in fancy hats at a cake contest, the market for jigsaw puzzles has exploded. "Bonkers" is how Way describes it. "A tractor trailer would show up that could have 20,000 units on it," he marvels. "We would unbox it, make it available for sale. Every one of those puzzles would be gone within a week."

Diane Skilling, president of the California based company SunsOut says "The puzzle people are still puzzle people, only now they have more time to do puzzles. And people who had not done puzzles since they were kids ... were digging puzzles out of their grandma's attic to have something to do and were liking it." So the demand kept going up. 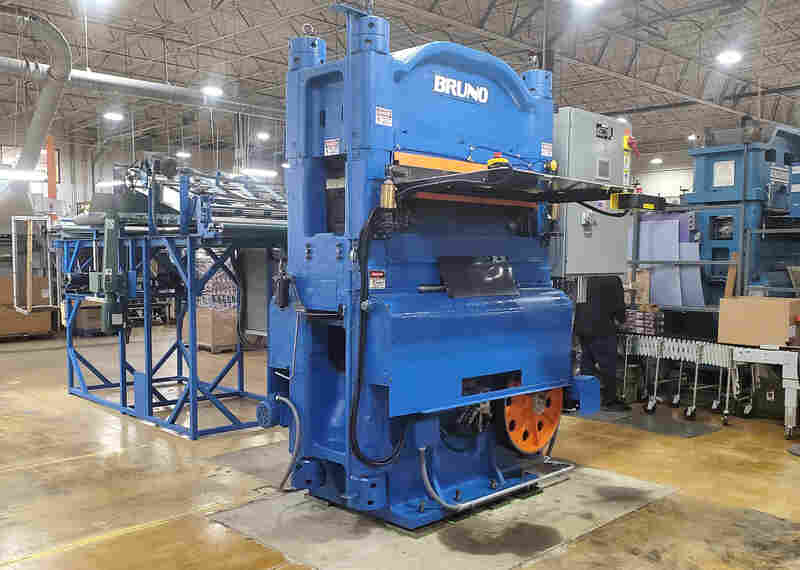 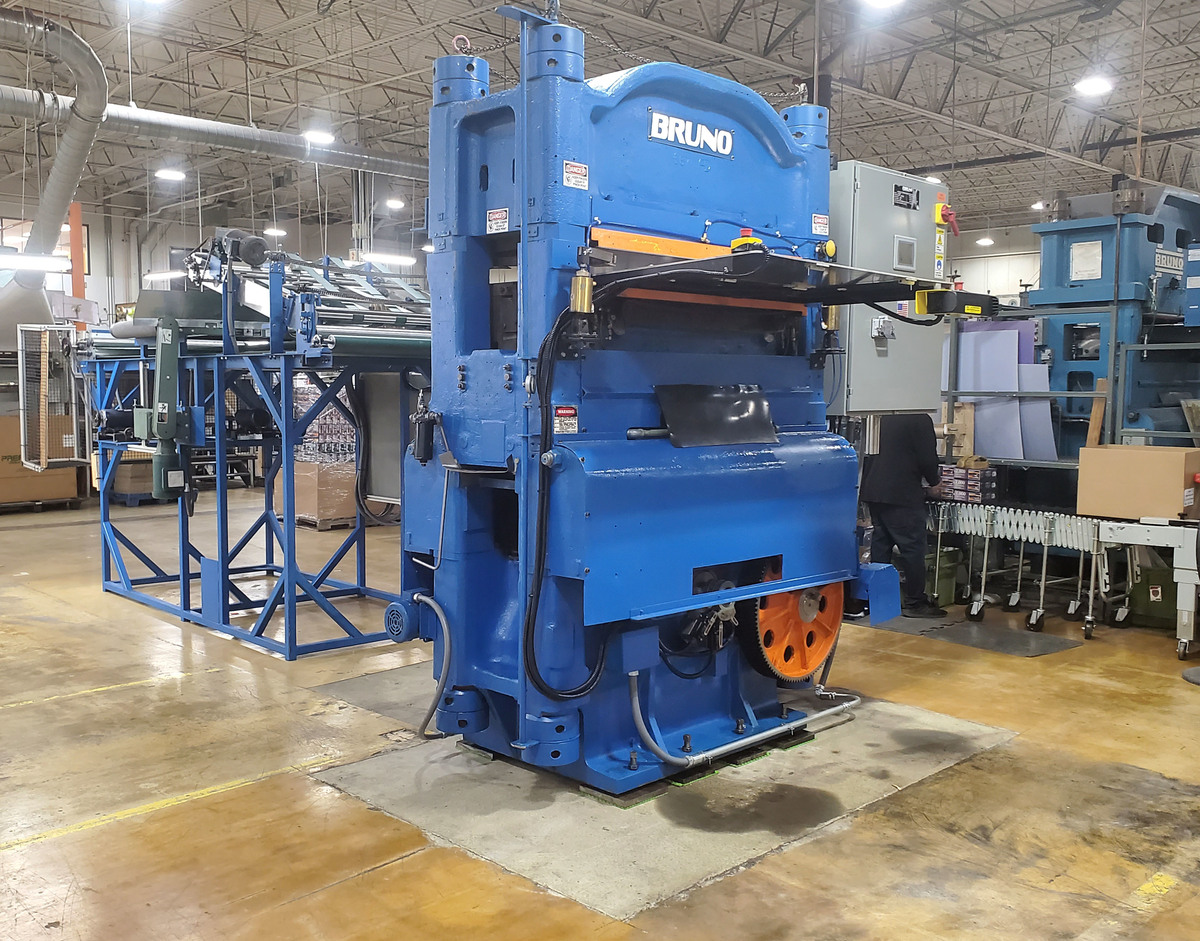 Skilling says SunsOut sells puzzles to about 3,000 mid-sized retailers. They design or license the artwork, decide on the piece count for each puzzle and hire contractors to do the printing and die-cutting.

"When you're communicating with the customer, I think sometimes they think that Santa and his elves make puzzles and just drop them on the doorstep," she laughs. "In actuality, it is factories filled with big, big machines."

With the pandemic disrupting her supply chain, Skilling says SunsOut decided to buy three of those big die-cutting machines. Eventually, she says, they'll be able to manufacture about half of the puzzles they sell in-house.

"So we're very excited and next week we should have our first machine running. Our other two are due to come in right before Christmas. And I've told them I want big red bows on them like the Lexus commercials. So we'll see if they do that for me," Skilling laughs.

In the meantime, Matthew Goins and Brian Way have a word of advice to families who like to do jigsaw puzzles during the holidays: Don't wait to the last minute to place your orders.