Accessibility links
Trump May Never Concede And 4 Other 2020 Election Takeaways Record turnout, a president who won't accept the outcome and likely divided government. Beating President Trump may turn out to be easier than governing for President-elect Biden. 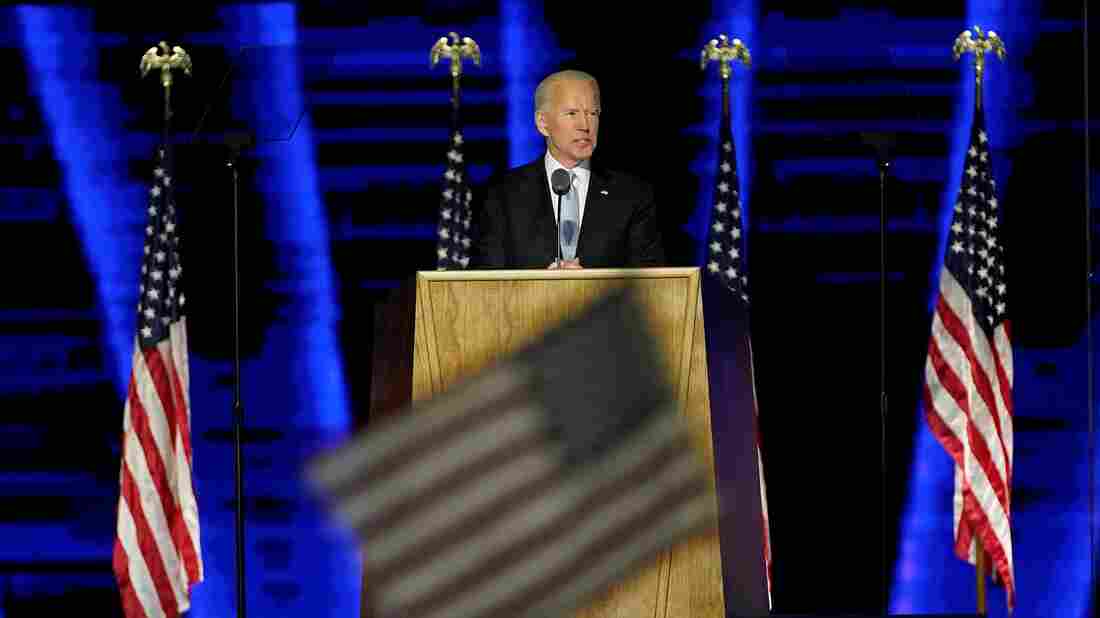 There are a lot of lessons from this election, and given the results, governing won't be easy for President-elect Joe Biden. Andrew Harnik/Pool/Getty Images hide caption 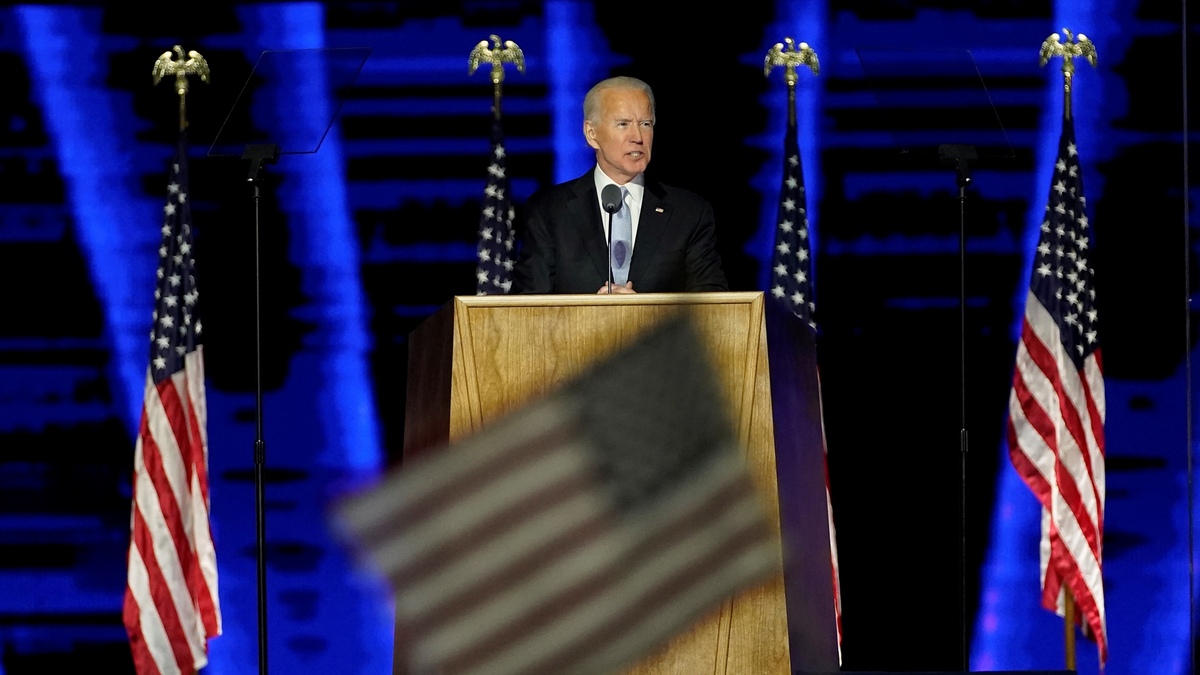 There are a lot of lessons from this election, and given the results, governing won't be easy for President-elect Joe Biden.

The tumultuous and chaotic Trump presidency is coming to an end — even if President Trump himself hasn't accepted it yet.

Democrat Joe Biden is now the president-elect, according to calls from The Associated Press, which NPR relies on for race calls, as well as all the other broadcast networks.

Biden is currently at 290 electoral votes, 20 more than needed thanks to Pennsylvania, which was called Saturday. Biden is on track to win 306 electoral votes if his slim lead holds in Georgia.

It wasn't the timeline many Americans were expecting, given that Election Day was Tuesday, but we warned that counting an unprecedented number of mail-in ballots might take a while — and it's still going. There was record turnout and both Biden and Trump got more votes than any other presidential candidates in history.

There are a lot of lessons from this election, and given the results, governing won't be easy for Biden.

1. The popular vote wasn't that close, but Democrats continue to have an electoral map problem

Given how polarized the country is, for Biden to win (as of Sunday night) almost 51% of the popular vote, with a margin of more than 4 million votes and climbing, is a feat.

When all is said and done, more than 158 million people will have voted this election, according to the U.S. Elections Project, a turnout rate of more than 66%. That would be the highest since 1900. And Biden could get to 80 million votes cast for him, by far the most ever.

2020 was a perfect storm for high turnout — a hotly polarizing president up for reelection and the wide use of mail-in voting. States with a history of most- or all-mail elections, like Washington state and Colorado, routinely see turnout of 80% or higher.

Democrats have now won the popular vote in seven of the last eight elections, and yet two of them didn't become president in the past 20 years, and even this year, the margins in key states were very close.

Democrats are concentrated in cities and on the coasts, and that sorting is making presidential elections closer than their advantage with the broader population.

2. President Trump still hasn't accepted the outcome — and he may never

Unlike every other presidential candidate in the modern TV era, Trump has not made a concession speech, nor has he even called Biden.

Democrat Al Gore retracted his concession in 2000 as the vote got closer between him and Republican George W. Bush, but that was over a 537-vote margin in one state. 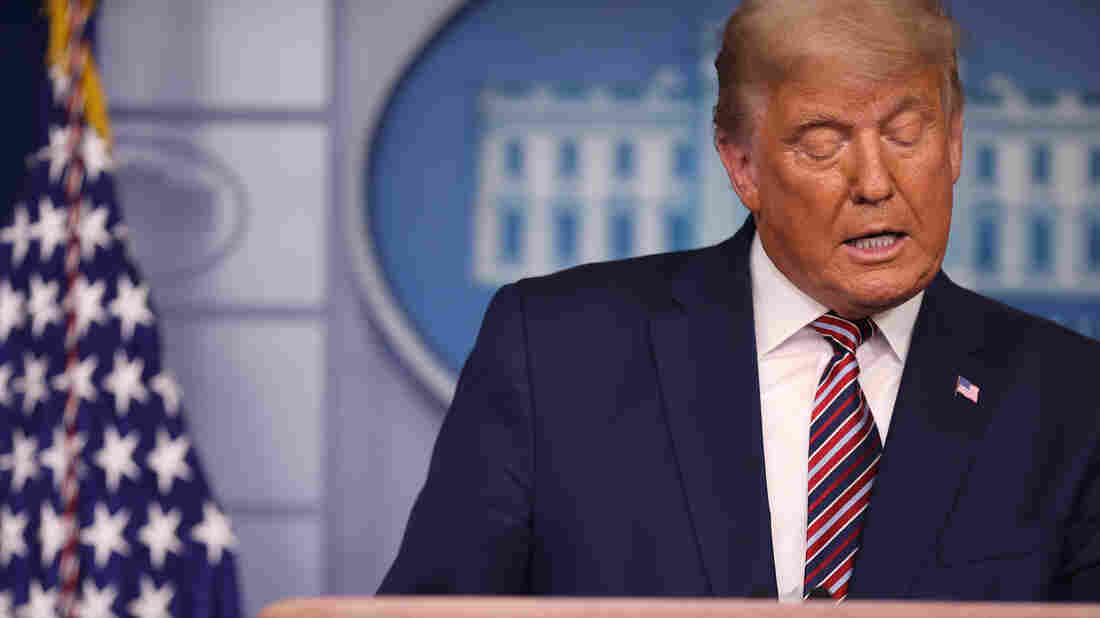 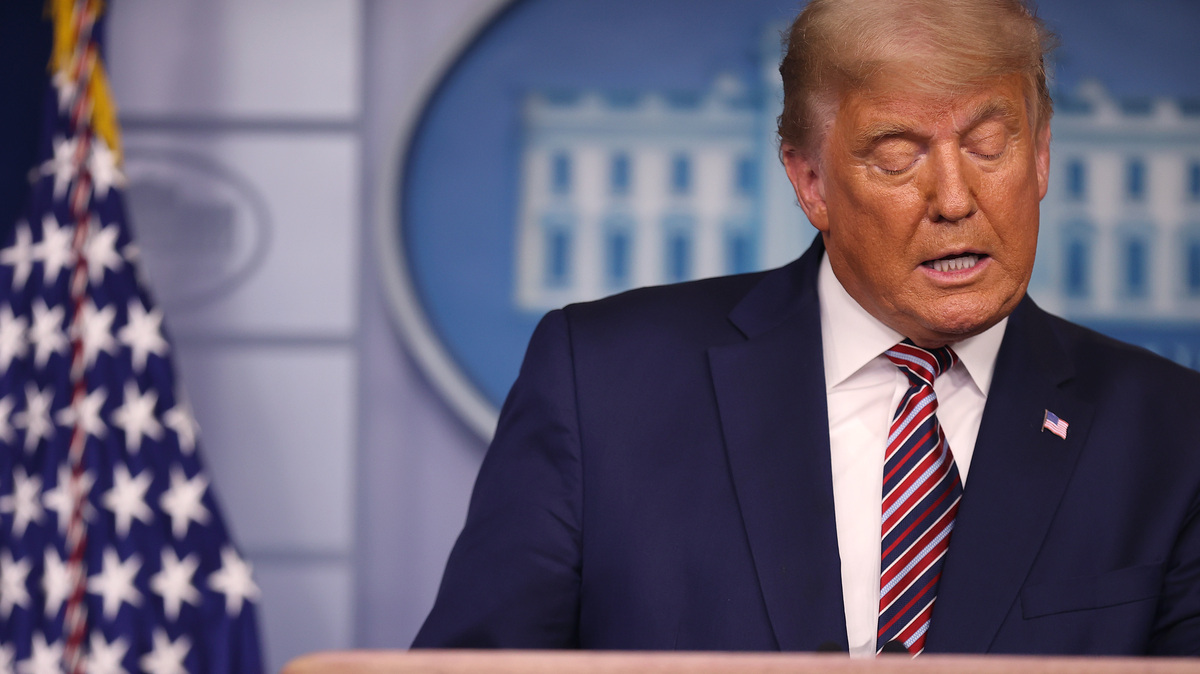 President Trump speaks in the briefing room at the White House on Thursday.

Trump has filed lawsuits challenging votes in multiple states. And he has requested a recount in Wisconsin. He has every right to go to court and present evidence. If some votes are overturned, that's part of the democratic process. But can he make up differences of tens of thousands of votes in multiple states? Very, very unlikely.

And part of the role of an American president is to uphold the very thing that separates the United States from corrupt countries — free and fair elections and the peaceful transfer of power.

Instead, this president continues to baselessly undermine it with one last conspiracy because it seems he just can't accept losing.

3. The suburbs helped Biden to the presidency

The suburbs were a key fight in this presidential election. Trump called for "law and order" and tried to win over suburban white women with an anachronistic and outdated view of the suburbs.

Biden took a different tack, and it appears he benefited.

For as much as the polls underestimated Trump's support, one thing they continuously showed was that suburban voters were moving away from the president, and that played out in key states.

In the collar counties of Philadelphia, for example, Biden improved on Hillary Clinton's 2016 margin in Chester County by 8 points (so far), and by 5 points in Montgomery and Delaware counties, in addition to other gains he made.

In Georgia, Biden did better than Clinton in Cobb and Gwinnett counties, both outside Atlanta, by double-digits. In Cobb, Clinton won it by 2 points, Biden by 14. In Gwinnett, Clinton won by 6, Biden by 18. These are populous, growing areas that have to worry the GOP.

4. Biden rebuilt the "blue wall," but the Sun Belt is the future

Biden reversed Trump's 2016 wins in the former "blue wall" states of Wisconsin, Michigan and Pennsylvania, but he didn't win by as much as the polls suggested or as past Democrats have.

The three states combined were decided this year by just over 200,000 votes out of more than 15 million — just enough to win.

If those three states don't seem reliably Democratic anymore, that's because they aren't. We're seeing a political realignment in America, most brightly along education lines. Whites without college degrees have migrated away from their lunch-pail Democratic days to Republicans, largely around culture.

On the other hand, the South is growing and diversifying, and Biden made important inroads in Georgia, Arizona and even Texas. If Biden holds on to his leads in Arizona and Georgia, he will be the first Democrat to win Arizona since 1996 and the first to win Georgia since 1992. (And in both of those years, Bill Clinton, a Southerner, was at the top of the ticket, and there was a serious third-party contender.)

Thirty years ago, Georgia was more than 80% white. Today, that is down to 52% and it has seen its share of Northern transplants moving to the Atlanta suburbs.

With continued Latino growth, as well as out-of-state transplants and retirees, Arizona continues its leftward shift. In 2020, Arizona not only voted for Biden in the presidential race, but it will also have two Democratic senators for the first time since the 1950s — and the Democratic Party was very different then.

Texas continues to be more of a Democratic hope than reality, but this is the closest Texas has been since 1996. Biden won more than 1.3 million more votes than Clinton in 2016. It wasn't enough, but it's on the map.

Florida, however, is the Sun Belt exception. Republicans have racked up win after win there. Even though it will continue to be close, it seems it's become harder for Democrats to win there.

5. Given the down-ballot outcomes, governing is going to prove difficult for Biden

Democrats' main goal in 2020 was to get rid of Trump, but they had disappointing performances in House and Senate races.

In the House, Republicans were not expected to make gains, but that's exactly what happened. They currently stand to pick up a net of five seats, when Democrats thought they might expand their majority.

The Senate is still to be decided, hinging on two Georgia races headed to runoffs in January. But key races in Maine, North Carolina, Iowa and Montana that could have clinched full control in Washington didn't go Democrats' way.

Instead, what's more likely is split control with Mitch McConnell, R-Ky., remaining as majority leader. Biden's skill as a legislator is going to be tested. Today's Senate is not the same Senate he left in 2009; it's far more ideological and polarized. There are some big-ticket items Biden would want to get through, like more coronavirus relief funds, but other items might prove even more difficult.

Biden promised a health care public option, a $15 minimum wage and big advancements on climate and racial justice. Those are going to be impossible to get without cooperation from the other side.

Even though Biden won the most votes in history, Trump won the second most. Biden called his win a "mandate," but it's hardly that, and politicians often overread mandates.

Biden pledged during his campaign to "unite" the country, and in his victory speech he said he would reach out to Republicans while delivering for his base.

But how does Biden go about doing that, especially since this is still a hotly divided country that's dealing with a public health crisis, will likely have divided government, and he won't start with the numbers to achieve major legislative accomplishments in his first two years?