Accessibility links
Georgia's Republican U.S. Senators Call On GOP State Election Chief To Resign The senators say there have been "too many failures in Georgia elections this year" without mentioning specifics to support their claims. 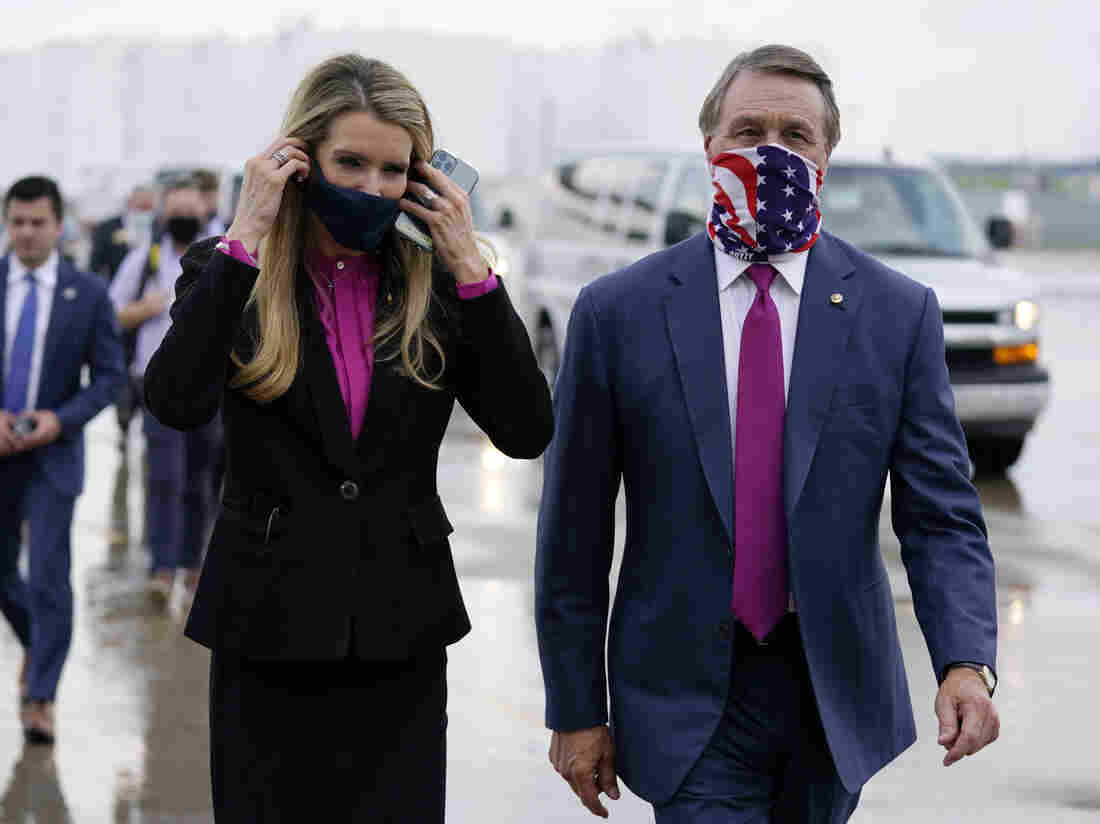 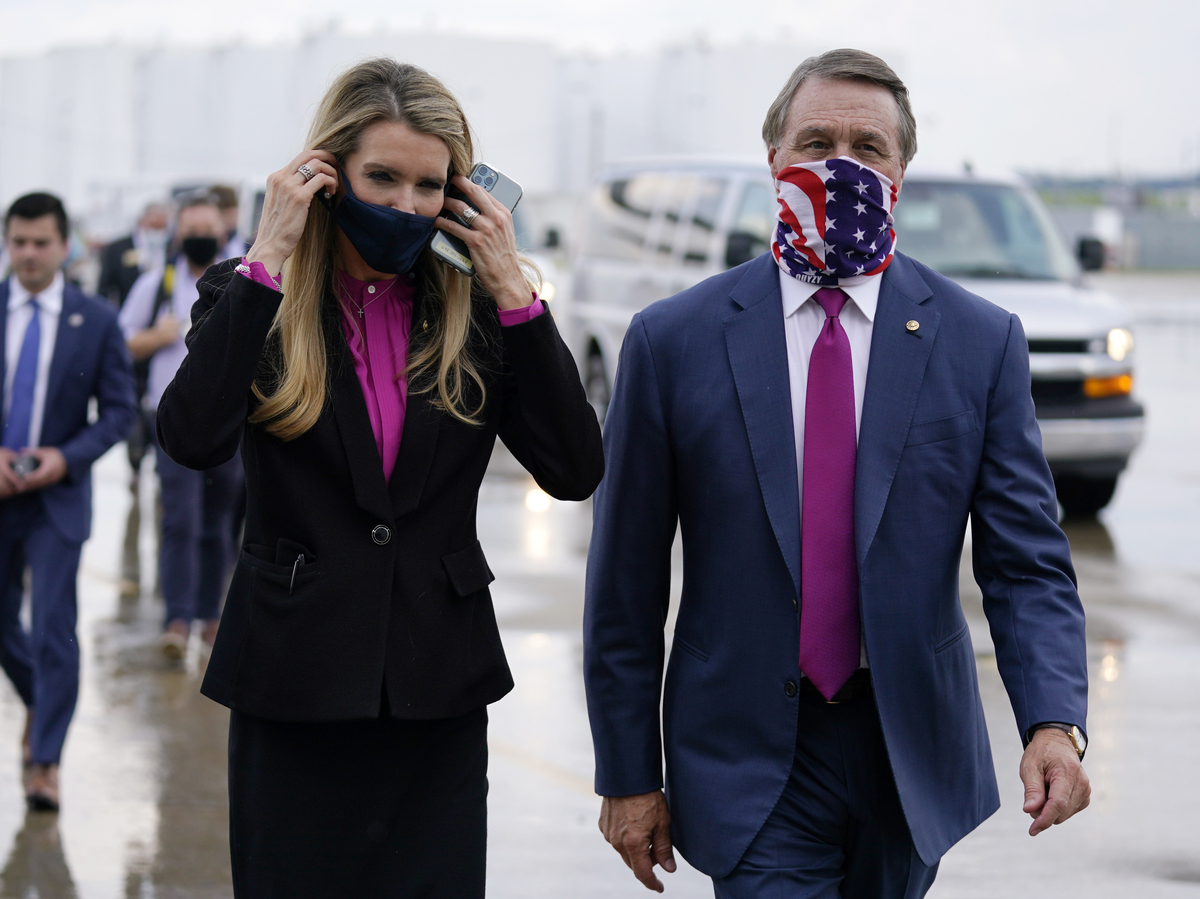 Sen. Kelly Loeffler, R-Ga., puts on a face mask as she walks with Sen. David Perdue, R-Ga., in July in Atlanta.

Georgia's two Republican U.S. senators are calling on the state's top election official — also a Republican — to resign Monday after alleging "too many failures in Georgia elections this year" but without mentioning specifics to support their claims.

Sens. David Perdue and Kelly Loeffler issued a joint statement that blasted Secretary of State Brad Raffensperger for allowing the management of Georgia elections to "become an embarrassment for our state."

"We have been clear from the beginning: every legal vote cast should be counted, any illegal vote must not," the statement said, without offering any evidence of illegal vote counting in the election. "And there must be transparency and uniformity in the counting process."

In a lengthy statement, Raffensperger hit back at the senators' release, saying he would not be resigning and calling the accusations of a lack of transparency "laughable." 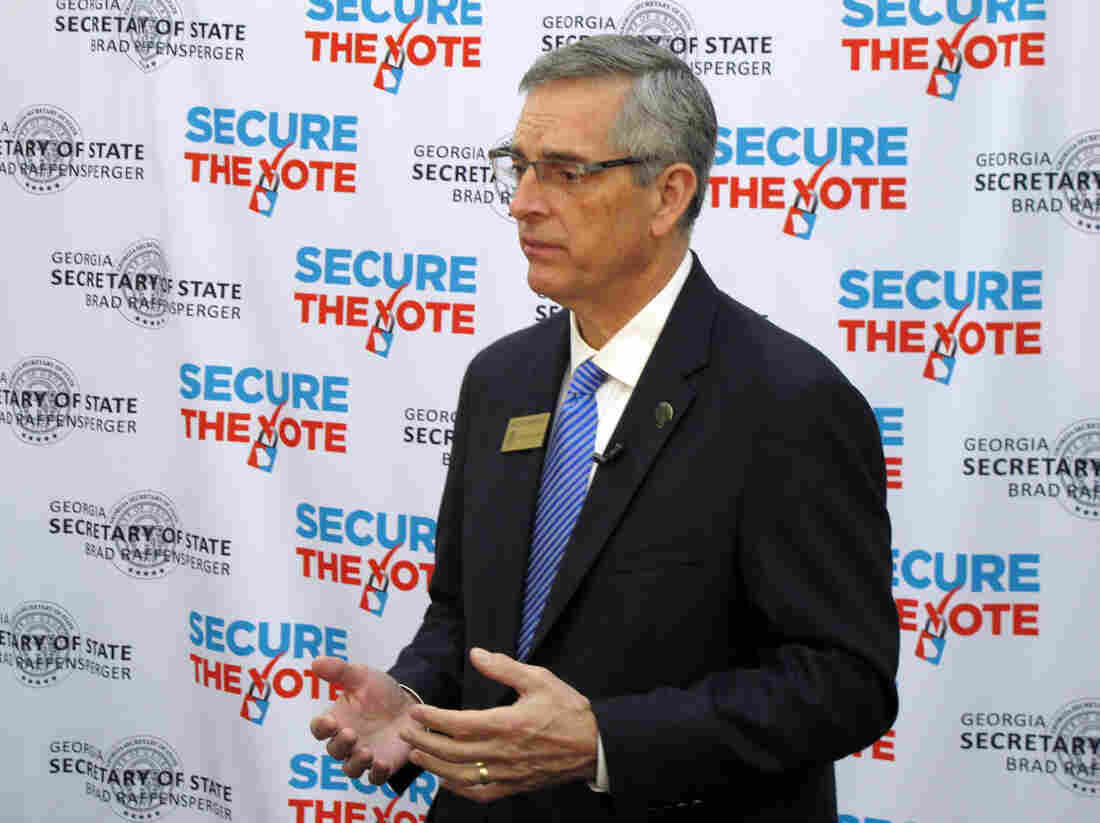 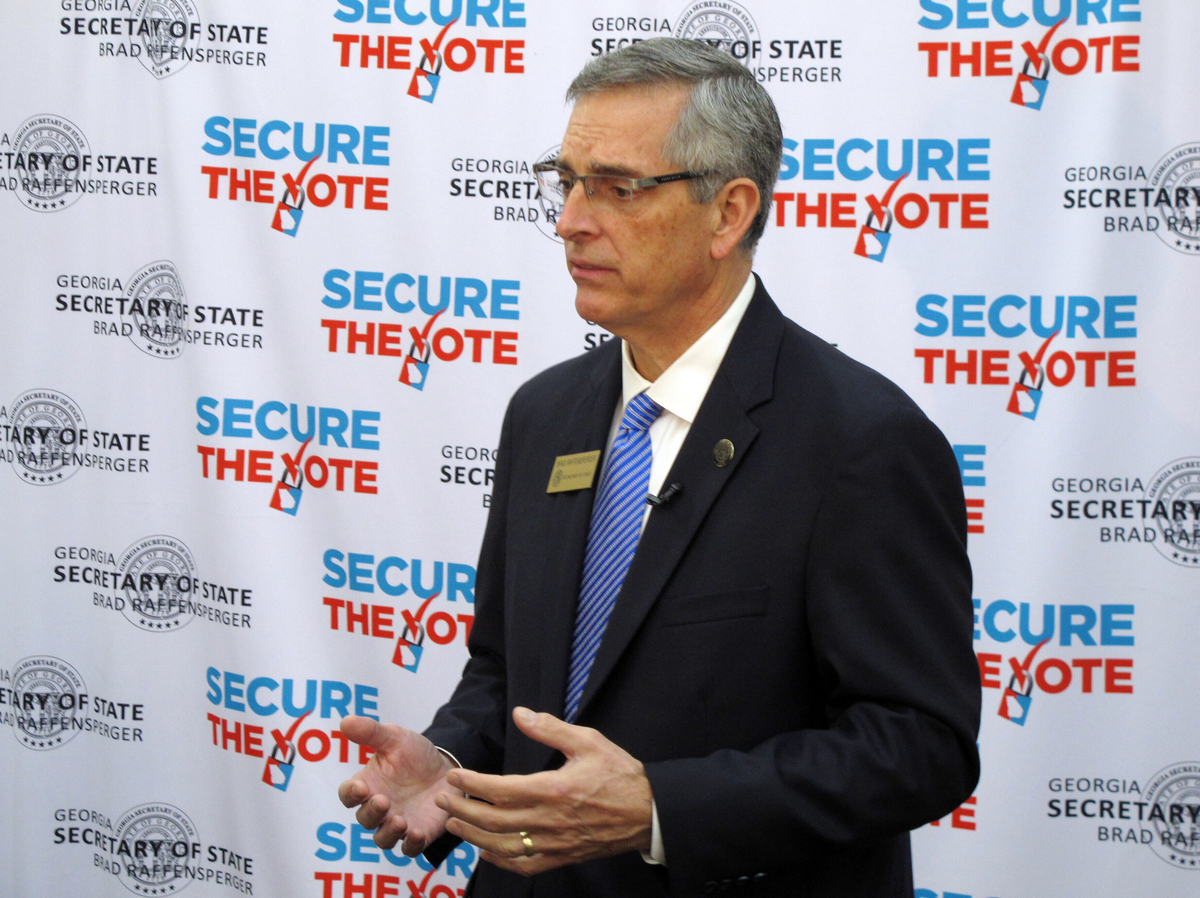 Georgia Secretary of State Brad Raffensperger speaks with a reporter in December in Savannah.

"I know emotions are running high, politics are involved in everything right now," he wrote. "If I was Senator Perdue, I'd be irritated I was in a runoff, and both Senators and I are all unhappy with the potential outcome for our President. But I am the duly elected Secretary of State. One of my duties involves helping to run elections for all Georgia voters. I have taken that oath, and I will execute that duty and follow Georgia law."

Perdue and Loeffler face Democratic challengers in a Jan. 5 runoff that will decide control of the U.S. Senate.

And as Joe Biden remains just about 10,000 votes ahead of President Trump in Georgia, a winner has not been called by The Associated Press or other news organizations, and the secretary of state predicted it would proceed to recount. The AP and others called the race overall for Biden on Saturday after he won Pennsylvania and Nevada. Trump has so far refused to concede, making similar allegations of illegal vote counting and baselessly alleging Democrats are stealing the election.

"We believe when there are failures, they need to be called out — even when it's in your own party," the senators' statement continued. "There have been too many failures in Georgia elections this year and the most recent election has shined a national light on the problems."

Georgia's June 9 primary garnered national attention for long lines, poll closures and a shortage of poll workers, but investment in training and recruitment plus a shift to early voting led to a relatively smooth Election Day in November. Perdue and Loeffler's statement did not describe any particular failures with this election.

At a press conference Monday, Gabe Sterling with the secretary of state's office took half an hour to debunk misinformation about Georgia's vote-counting process, provided an update on the latest number of absentee, provisional, military and overseas ballots in the state, and said all Georgians should have faith that the state's $104 million voting system is correct.