Accessibility links
Katherine May Teaches 'The Active Acceptance Of Sadness' In 'Wintering' The British author writes beautifully of her own recent bout with a personal winter, a period when she felt low and overwhelmed — and aims to help others to embrace their winters. 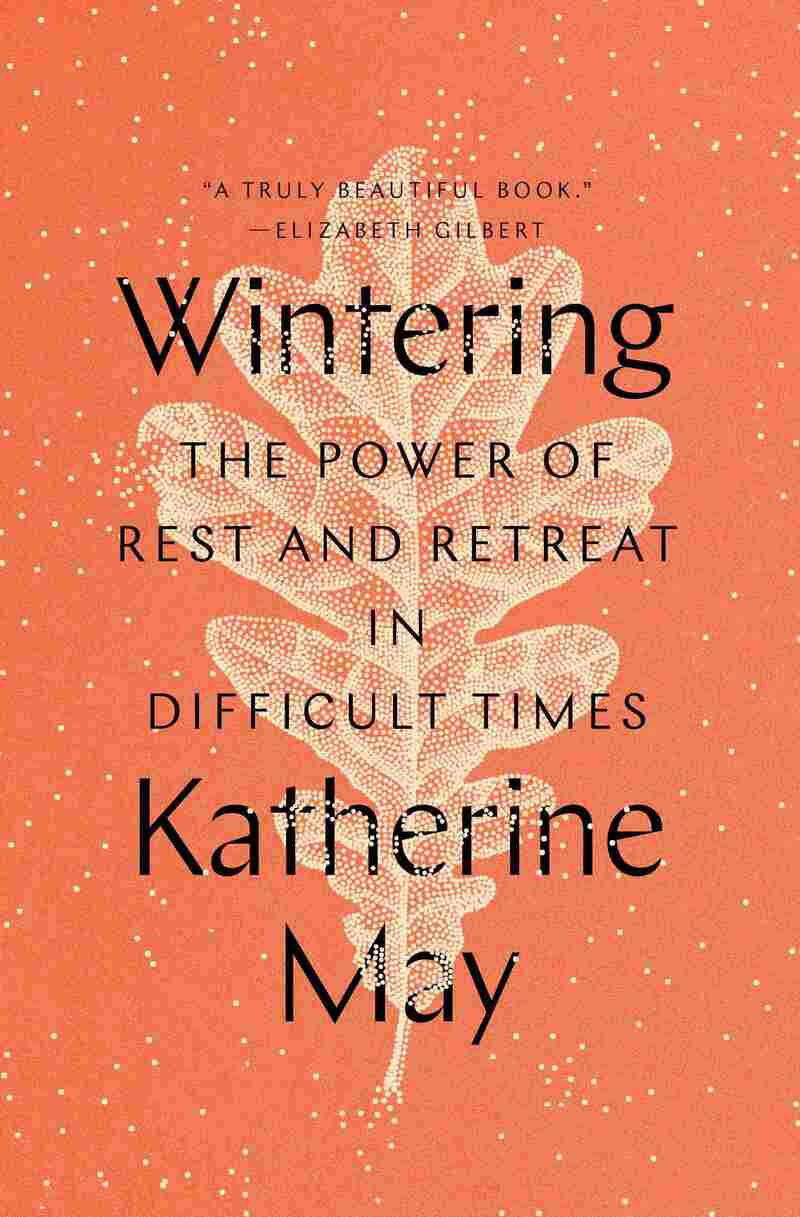 Wintering: The Power of Rest and Retreat in Difficult Times, by Katherine May Riverhead Books hide caption 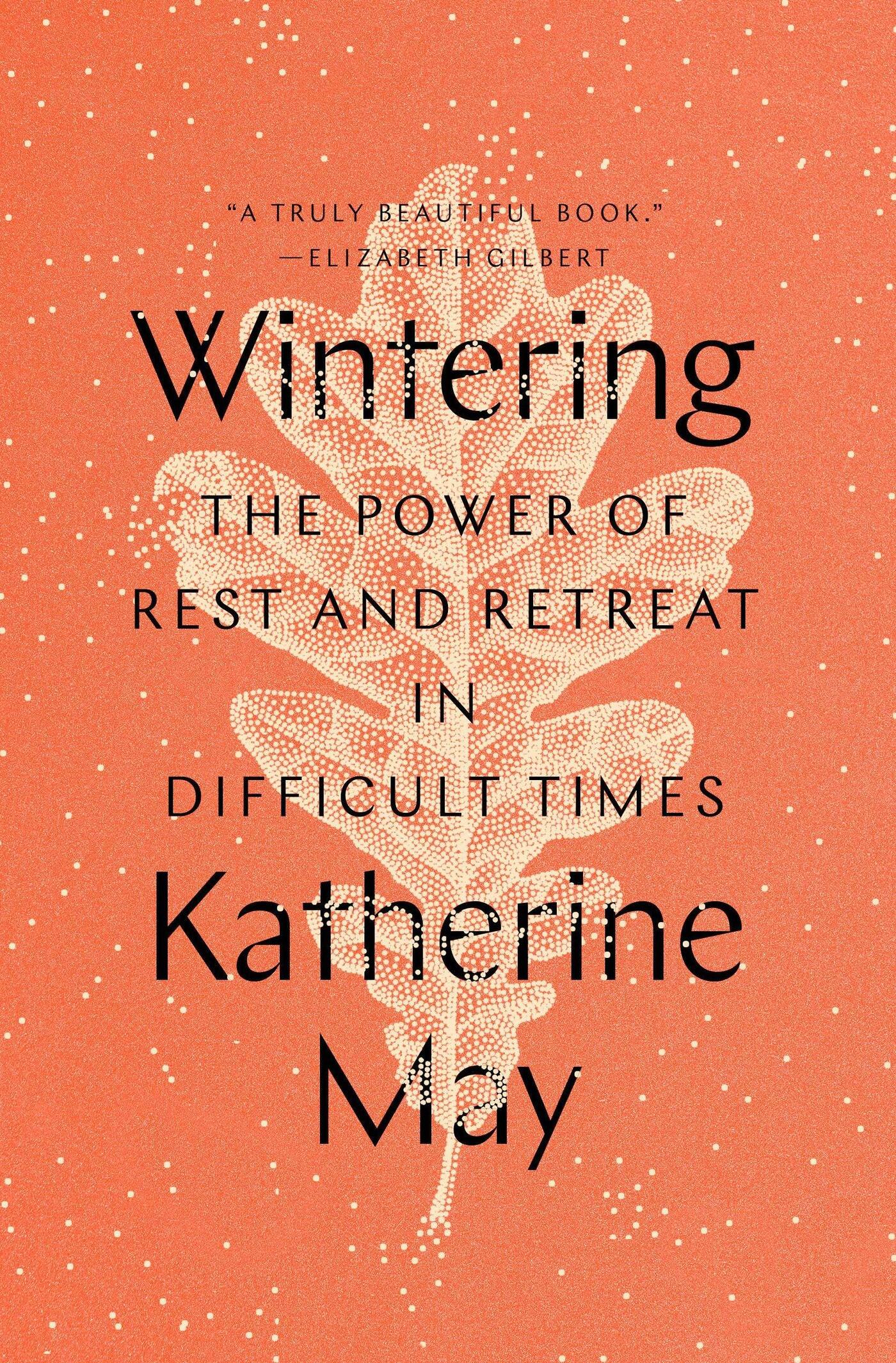 Wintering: The Power of Rest and Retreat in Difficult Times, by Katherine May

As we head into what looks to be a cold, hard winter exacerbated by the coronovirus pandemic, British writer Katherine May offers some warming advice: Embrace your winter!

By winter, she means not just the cold season, but "a fallow period in life when you're cut off from the world, feeling rejected, sidelined, blocked from progress, or cast into the role of an outsider."

In Wintering, May writes beautifully of her own recent bout with a personal winter, a period when she felt low and overwhelmed, out of sorts and "out of sync with everyday life." She hit a storm of woes around the time of her 40th birthday. First, her husband's infected appendix burst while awaiting surgery. When her own stomach pains escalated, she initially attributed it to a sympathetic reaction, or a case of nerves after giving notice as a university lecturer in order to write full time. But after months of waiting for tests with the National Health Service, she was diagnosed with Crohn's disease. Then her 6-year-old refused to go to school, and, well-acquainted with the misery he was experiencing, she chose not to force him.

It wasn't May's first winter. "As one of the many girls of my age whose autism went undiagnosed, I spent a childhood permanently out in the cold," she writes. She suffered a major depression at 17, but, finally diagnosed with Asperger's syndrome, "I saw the chance to make myself new again."

Because she'd been through it before, May knew what to do. She now says it's her duty to share some strategies. Wintering, she says, is a way to get through tough times by chilling, hibernating, healing, re-grouping. "Doing these deeply unfashionable things — slowing down, letting your spare time expand, getting enough sleep, resting — is a radical act now, but it is essential," she writes.

May, who lives by the sea in Whitstable, England, is the author of both fiction and nonfiction books that focus on dealing with stress. These include the novel Burning Out (2009), the guidebook No-Stress Meditation (2014), and a memoir about coming to terms with her Asperger's diagnosis, The Electricity of Every Living Thing (2018). With Wintering, she has found a subject that speaks to our time.

Wintering is refreshingly free of self-pitying navel-gazing and trite exhortations to buck up. In fact, May complains about a culture in which we are "endlessly cheerleading ourselves into positivity while erasing the dirty underside of real life...The subtext of these messages is clear: Misery is not an option." Although she agrees that "Happiness is the greatest skill we'll ever learn," she insists that it's also important to learn about sadness. What she calls wintering is "the active acceptance of sadness."

Also refreshing, May embraces the cold and dark in part by exploring the soothing powers of the natural world and the way other creatures and cultures deal with winter. She bathes in the hot geothermal waters of the Blue Lagoon in frigid Reykjavik, Iceland. Closer to home, she visits Stonehenge and witnesses "a jumble of different spiritualities" as a motley crowd gathers to celebrate the winter equinox. She grills Finnish friends about the tradition of saunas, and recalls a trip to see the Northern lights in Tromso, Norway when she was pregnant with her son.

"In moments of helplessness, I always seem to travel north," she writes. "I have a kind of boreal wanderlust, an urge toward the top of the world where the ice intrudes. In the cold, I find I can think straight; the air feels clean and uncluttered."

May becomes convinced that "the cold has healing powers...After all, you apply ice to a joint after an awkward fall. Why not do the same to a life?" This leads her to take up ice swimming, a teeth-chattering but invigorating exercise. She and a swim buddy plunge daily into frigid water without wetsuits, gradually building up tolerance. "We let the cold unburden us of our own personal winters, just for a few moments," May writes.

Other areas of exploration are less extreme. She looks into the preponderance of snow in fairy tales, and researches the history of wolves, so unjustly demonized and abused by humans. She considers the fascinating cold weather survival tactics of bees, which shed their wings to take turns heating the hive. At the Wildwood Trust in Kent, she cradles an amazingly soft, slightly squishy hibernating dormouse, one of just three native mammals that hibernate in the UK, along with bats and hedgehogs. She parses John Donne's grief-stricken love poem, "A Nocturnal upon St. Lucy's Day," and "Wintering," a poem by Sylvia Plath, who didn't survive her winter.

In other words, she digs deep into the snowdrifts of her subject, searching for "liminal spaces to inhabit" — her favorite term for experiences that offer heightened awareness. Wintering is a contemplative, hopeful, consoling book. "I recognized winter," she writes. "I greeted it and let it in...Nature shows that survival is a practice."