Accessibility links
GSA Delays Biden Transition Process, Calls For 'Clear' Winner It's up to General Services Administrator Emily Murphy to allow the flow of resources to the president-elect. The GSA referenced the contested 2000 election as precedent for its decision. 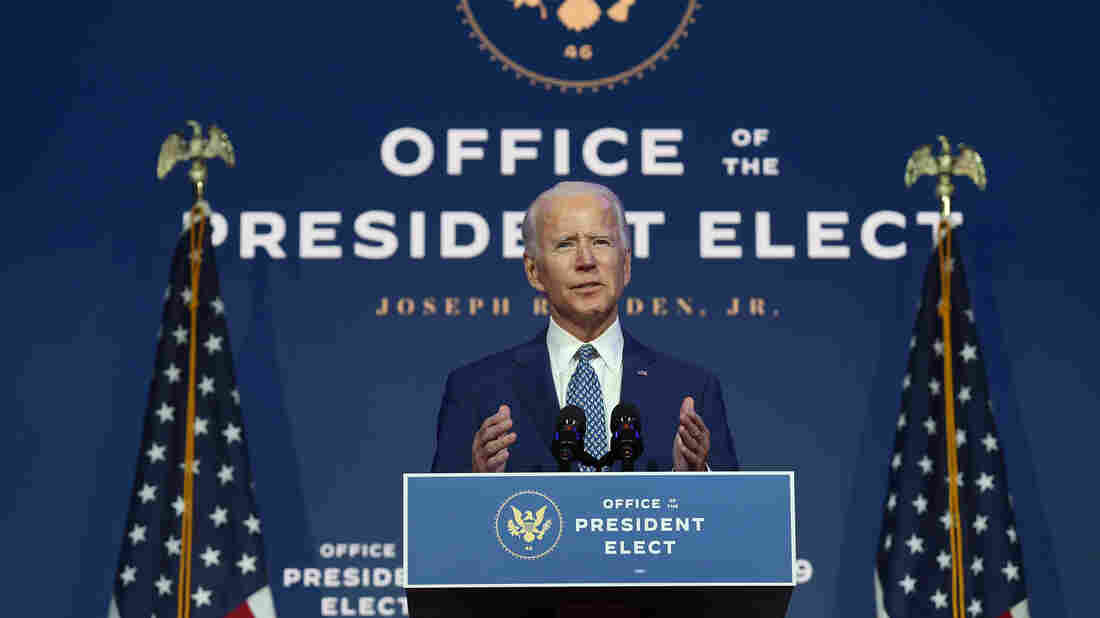 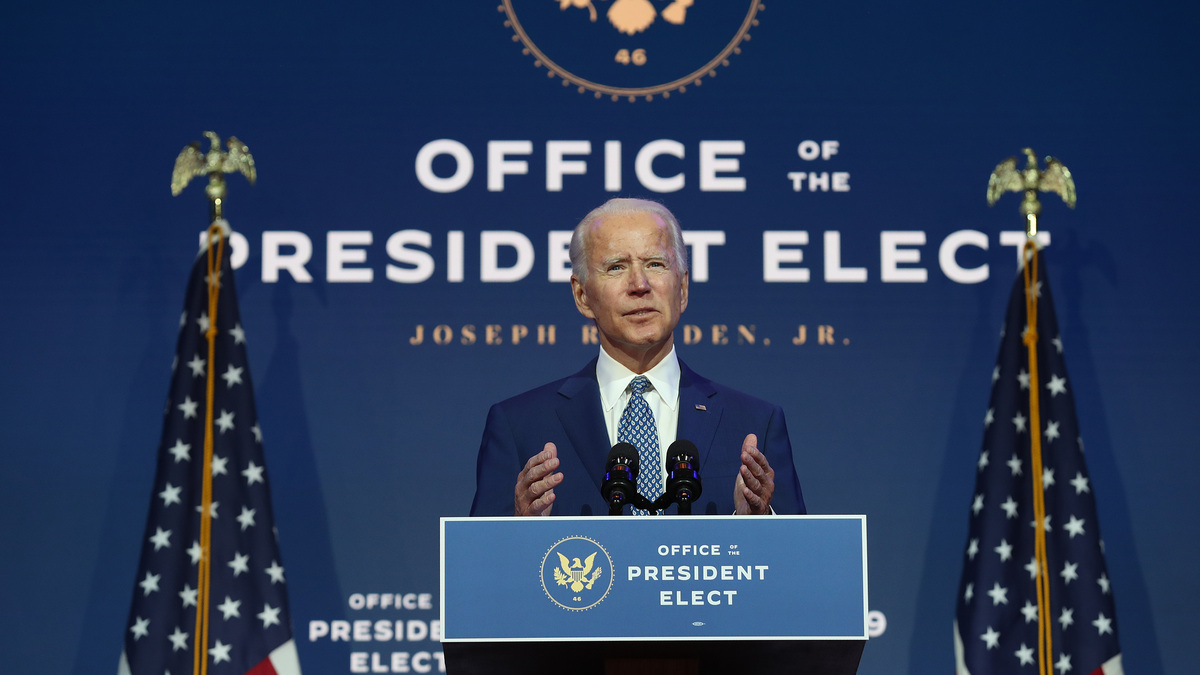 President-elect Joe Biden speaks to the media Monday in Wilmington, Del. The General Services Administration hasn't given Biden's team the resources yet that a presidential transition team traditionally receives.

President-elect Joe Biden has begun planning his transition, naming a team of experts Monday to work on the coronavirus pandemic.

But one thing Biden cannot do at this point is move into any government office space or receive government funding for the transition.

A key, if little-known Trump administration official has yet to determine formally that Biden won the election, holding up some crucial resources traditionally available to the president-elect.

Under the 1963 Presidential Transition Act, it's up to the General Services Administration, or GSA, to determine or "ascertain" the winner of the presidential election, at least as far as starting the process of turning over the keys to the new administration goes.

Robert MacKichan, who was general counsel to the GSA during the Reagan and George H.W. Bush administrations, told NPR the law is kind of vague about what this actually means. "There's no legal standard contained within this act as to what constitutes the ascertainment," he said.

In a statement, the GSA said its administrator "ascertains the apparent successful candidate once a winner is clear based on the process laid out in the Constitution."

The agency cited the contested 2000 election in which George W. Bush was eventually declared the winner over Al Gore as "prior precedent." But that decision came only after a December Supreme Court ruling.

The Associated Press and other news organizations reported that Biden gained the electoral votes needed to win the election on Saturday, but President Trump has so far refused to concede and has falsely claimed widespread voter fraud. His team has launched a wave of lawsuits challenging various aspects of the election.

MacKichan said he believes GSA Administrator Emily Murphy, a Trump appointee, has so far acted properly. "If I were in her shoes right now, given what has been publicly made available, I think it would be premature," based on the 2000 election.

Chris Lu, who was former President Barack Obama's transition director in 2008, said the process for his team was much different.

"This was not an issue at all in 2008. The election was called at about 11 p.m. on election night, and within about two hours, I received a letter from the GSA administrator ascertaining that Sen. Obama was the president-elect," he said.

Lu said he is "not aware that this has really ever been an issue in previous elections."

Being ascertained as the winner means the president-elect gets office space in each government agency to begin the transition process, along with computers and $9.9 million to begin hiring transition personnel.

Delaying the process, Lu said, "impede[s] your ability to get a handle on what's happening in these agencies. That being said, if there's one person who can overcome this, I think it's Joe Biden. This is a person who knows the government well, and he's surrounded by an experienced team of people that have worked in these government agencies. But again, this is not ideal."

David Marchick, who directs the nonpartisan Center for Presidential Transition, said there are important real-world implications for a delayed transition. Marchick points to the delay in the transition to the George W. Bush administration after the Supreme Court ruling.

Marchick said Americans want the outgoing administration and the incoming one to collaborate on national security and issues such as getting a COVID-19 vaccine distributed, and that "the sooner that collaboration starts, the better to resolve our multiple crises."