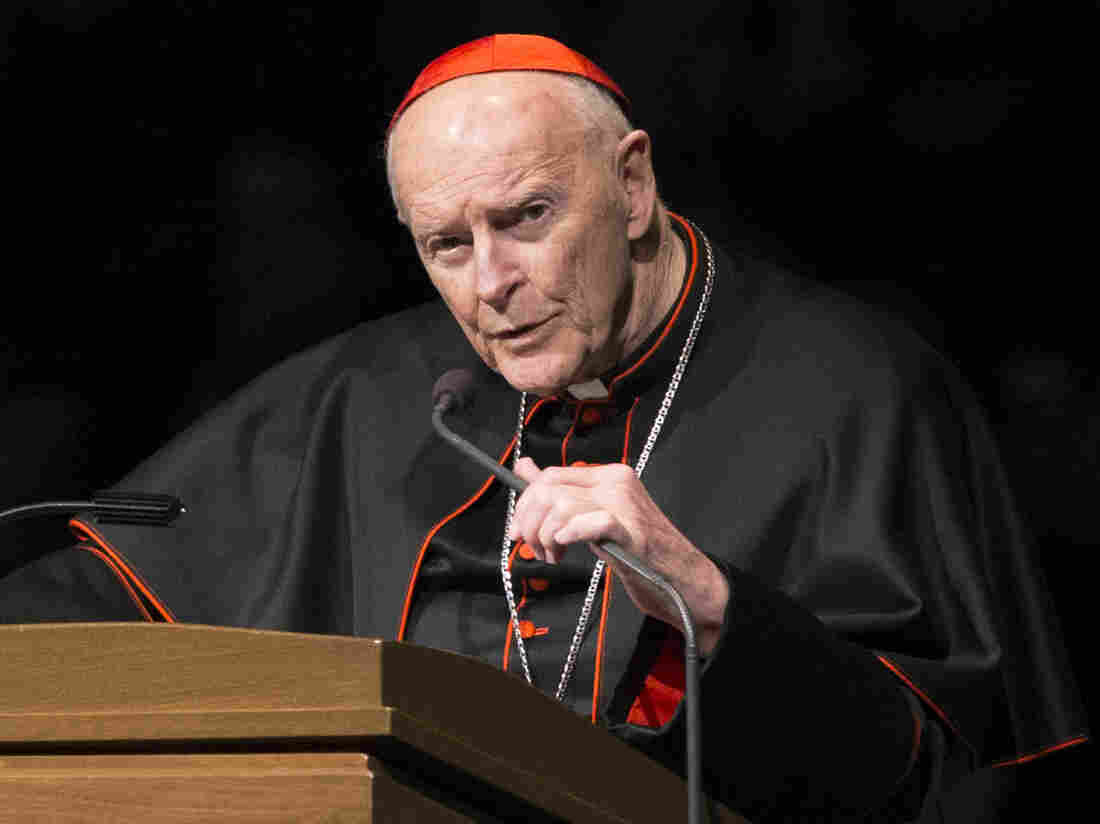 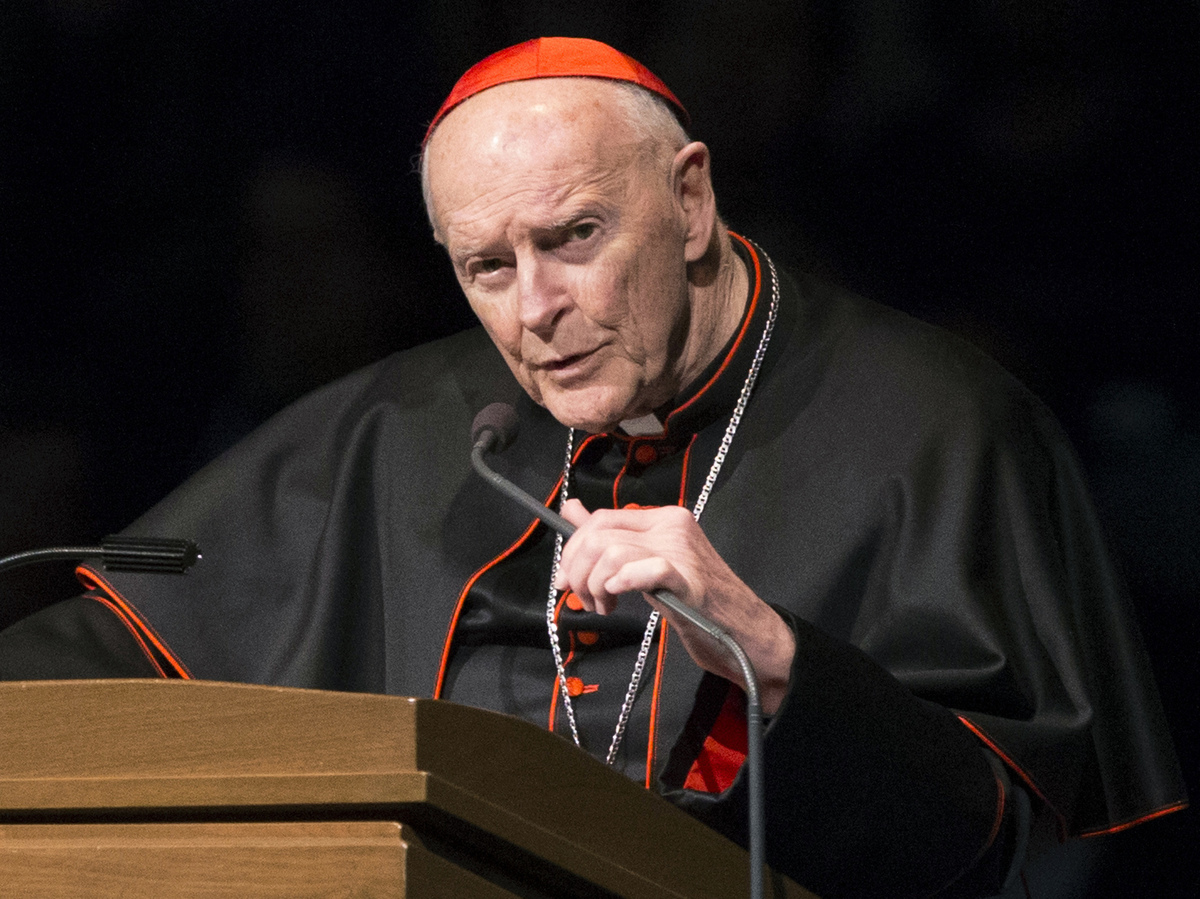 A new Vatican report on former Cardinal Theodore McCarrick, who was defrocked last year amid allegations of sexual misconduct that spanned decades, shows that Popes John Paul II and Benedict XVI were aware of the accusations against him.

The Vatican on Tuesday made public a detailed 461-page report on an internal investigation revealing that the Holy See repeatedly downplayed or dismissed reports of McCarrick's alleged sexual transgressions involving both minors and adults.

Last year, Pope Francis dismissed McCarrick, the former archbishop of Washington, D.C., after a church tribunal found him guilty of "solicitation in the Sacrament of Confession and sins against the Sixth Commandment with minors and with adults, with the aggravating factor of the abuse of power."

The most striking revelation in the newly released report is that Pope John Paul II, who was made a saint in 2014, appointed McCarrick to the position of archbishop of Washington despite a letter from the late New York Cardinal John O'Connor in 1999 detailing allegations against him. McCarrick retired from the archdiocese in 2006.

Among other things, the report reveals that at the time of McCarrick's appointment as archbishop of Washington in late 2000, the Vatican was aware of allegations that included a report dating to 1987 by a priest who said he observed sexual conduct between McCarrick and another priest, and an anonymous letter charging the McCarrick with pedophilia with his "nephews."

The report says that at the time, McCarrick was also "known to have shared a bed" with multiple men at his residences and a beach house in New Jersey.

A summary of the findings authored by the Vatican's editorial director, Andrea Tornielli, said: "While acknowledging that he did not have first-hand information, [Cardinal O'Connor] explained in a letter, dated October 28, 1999, addressed to the Apostolic Nuncio, that he believed that McCarrick's appointment to a new office would be a mistake: that, in fact, the risk of a serious scandal existed in light of the rumors that McCarrick had in the past shared a bed with young adult men at the rectory and seminarians at a beach house."

The information had led over the years "to the conclusion that it would be imprudent to transfer" McCarrick. "However, Pope John Paul II seems to have changed his mind in August/September 2000, ultimately leading to his decision to appoint McCarrick to Washington in November 2000," the report states.

On three occasions, planned transfers of McCarrick to dioceses were halted because of the allegations — to Chicago in 1997, to New York in 1999 and 2000, and, initially, to Washington in July 2000, a transfer that was later approved.

The report concludes that at the time of McCarrick's appointment to the Washington, D.C., Archdiocese, "the limited nature of the Holy See's own prior investigations" and the lack "a complaint directly from a victim" allowed his supporters in the church to "plausibly characterize the allegations against him as 'gossip' or 'rumors.'"

Because of this lack of direct evidence involving a minor, Pope Benedict later declined to initiate a formal canonical proceeding. "Ultimately, the path of a canonical process to resolve factual issues and possibly prescribe canonical penalties was not taken," the report states. "Instead, the decision was made to appeal to McCarrick's conscience and ecclesial spirit by indicating to him that he should maintain a lower profile and minimize travel for the good of the Church."

It wasn't until 2017, when a former altar boy came forward with allegations that McCarrick had groped him in the 1970s, that a canonical trial was set in motion that resulted in his defrocking two years later.

The report details "a tragic page in the recent history of Catholicism, a painful story from which the entire Church has learned," Tornielli wrote in the summary, which also appeared, at least in part, to be aimed at mitigating some of the damaging findings.

Noting that "until 2017, there had been no specific accusations regarding the sexual abuse of minors," the summary acknowledged: "It is true that in the 1990s several anonymous letters alluding to minor abuse had been received by cardinals and in the nunciature in Washington, but without providing any details, names or circumstances: these letters were regrettably considered to be not credible because of the lack of concrete elements."

James Grein, who testified that he was abused by McCarrick for two decades starting at age 11, told The Associated Press that he was pleased with the release of the report.

"There are so many people suffering out there because of one man," Grein told the AP. "And he thinks that he's more important than the rest of us. He's destroyed me and he's destroyed thousands of other lives. ... It's time that the Catholic Church comes clean with all of its destruction."

Francis commissioned the report after the retired Vatican ambassador to the U.S., Archbishop Carlo Maria Vigano, accused the Holy See of a decades-long coverup regarding the McCarrick's conduct, particularly while he was a bishop in New Jersey.

Archbishop José Gomez of Los Angeles on Tuesday called the report "another tragic chapter" in the church's effort to deal with clergy sex abuse.

Gomez, who is president of the U.S. Conference of Catholic Bishops, expressed his "profound sorrow and deepest apologies" to every survivor of clergy sex abuse.

NPR's Sylvia Poggioli in Rome and religion correspondent Tom Gjelten in Washington contributed to this report.