Accessibility links
Emily Harrington Free-Climbs Yosemite's El Capitan In 1 Day She made her way into the record books last week after becoming the first woman to climb the Golden Gate route of El Capitan in Yosemite National Park in a little over 21 hours. 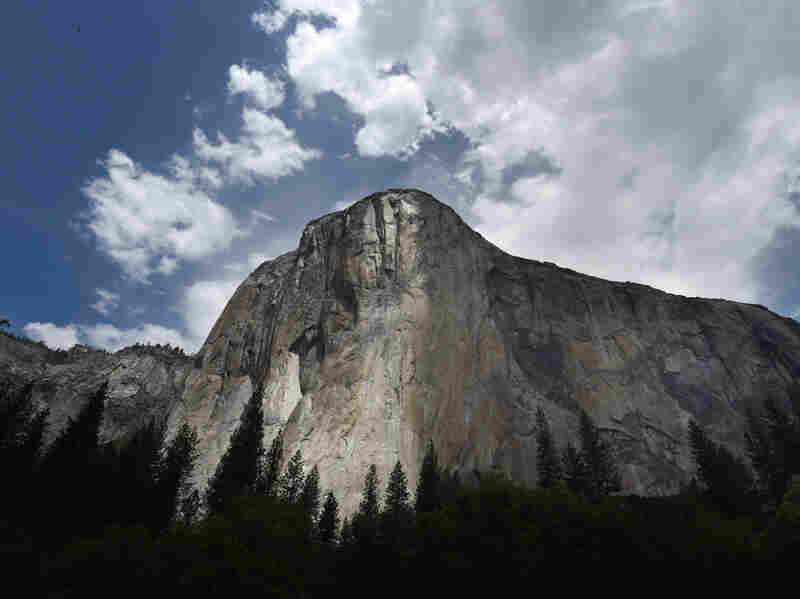 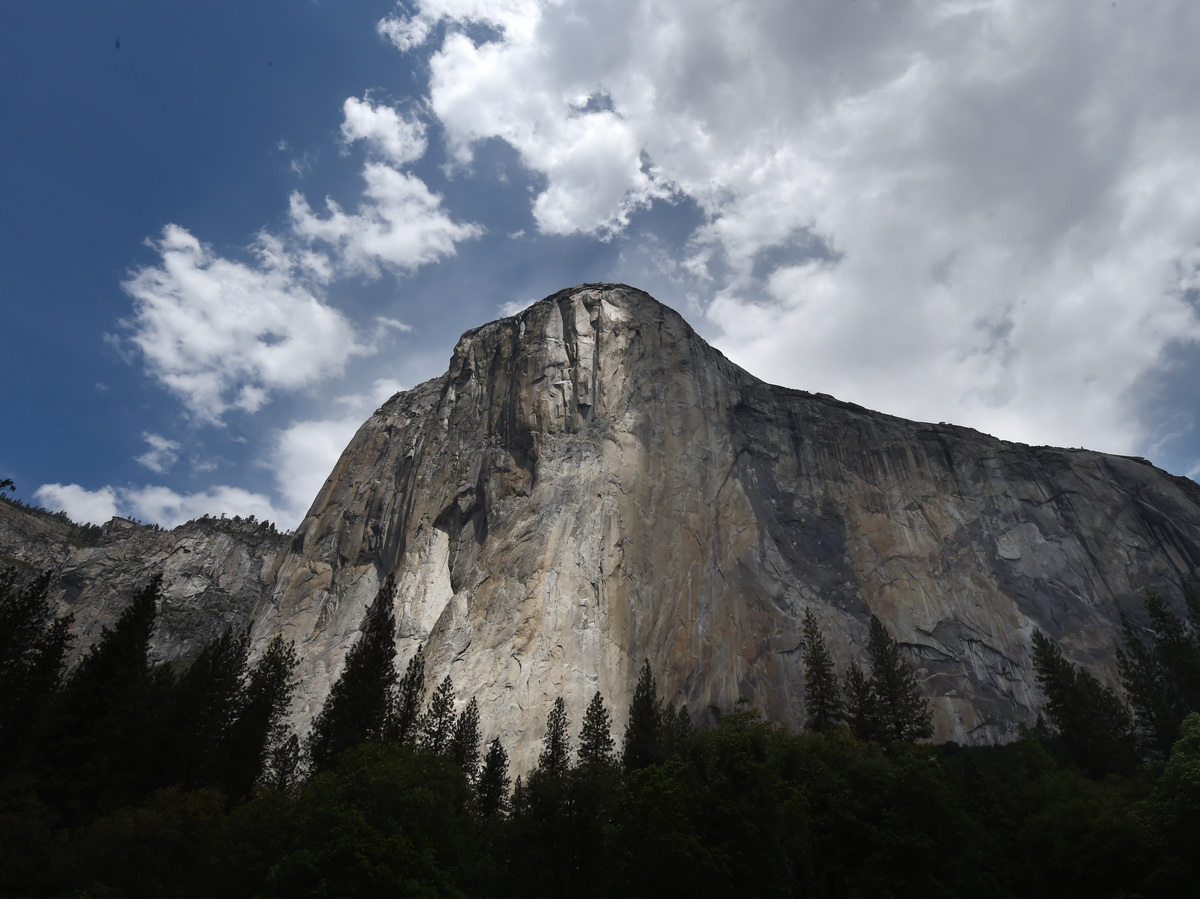 Emily Harrington became the first woman to climb, in less than one day, the Golden Gate route of El Capitan in Yosemite National Park, pictured here in June 2015.

Emily Harrington climbed her way into the history books last week, becoming the first woman to free-climb the Golden Gate route of Yosemite National Park's El Capitan in less than one day.

Harrington, 34, topped the 3,000-foot mountain last Wednesday in 21 hours, 13 minutes and 51 seconds, making her the fourth woman to free-climb the monolith featured in the Oscar-winning documentary Free Solo.

El Capitan is considered one of the most historic and difficult rock-climbing venues in the world. Lynn Hill was the first woman to climb El Capitan in less than 24 hours, in 1994, according to Outside magazine. Steph Davis and Mayan Smith-Gobat followed suit.

It was professional climber Harrington's fourth attempt at tackling the behemoth in under 24 hours.

"I think the reason it was successful was kind of a mixture of finally being prepared enough, finally having the experience required, having the fitness and the training, as well as a little bit of luck," Harrington told NPR's Morning Edition.

The free-solo style, done by Alexander Honnold in the documentary with the same name, uses no protective harnesses.

Free-climbing — the method Harrington used — requires climbers to use their hands and feet to push themselves up, but they wear ropes and other protective gear in case of a fall. Nevertheless, it is not without its dangers: One of Harrington's climbs on El Capitan last year landed her in the hospital.

Honnold joined Harrington at the start, serving as her belayer for the first part of the journey, she said on her Instagram post.

As she began her ascent a little past 1:30 a.m., she repeated a mantra to herself: "Slow is smooth, smooth is fast."

At one especially difficult point in the climb, as her hands, slick with sweat, reached for her next move, she slipped and slammed her head against a rock. The injury wasn't severe, but Harrington, bloody, exhausted and defeated, considered stopping.

"I was just kind of mentally, emotionally broken at that point," she said.

After taking a breather and slapping a bandage on her forehead, Harrington got back to work.

"I found it within myself to continue climbing," she said.

She reached the summit at 10:30 p.m., surrounded by close friends and her fiancé, Adrian Ballinger: a "surreal" moment, she said.

"I had definitely dreamed of that moment for some years now, and I had always sort of imagined it in my head as being this huge sense of relief and joy and celebration. And it was kind of like that, I would say," she said. "But 20 hours in, you're pretty tired."

Harrington celebrated the moment, like many would, with a bit of Champagne.

Now that one life dream is out of the way, Harrington said she and Ballinger plan to take a breather from the "big, lofty goals" for a while.