Accessibility links
Indianapolis Grand Jury Declines To Indict Officer Who Killed Dreasjon Reed Much of the incident that ended in the shooting was captured on Facebook Live by Reed. On Tuesday, a grand jury said there was not enough evidence to charge Officer Dejoure Mercer for the killing. 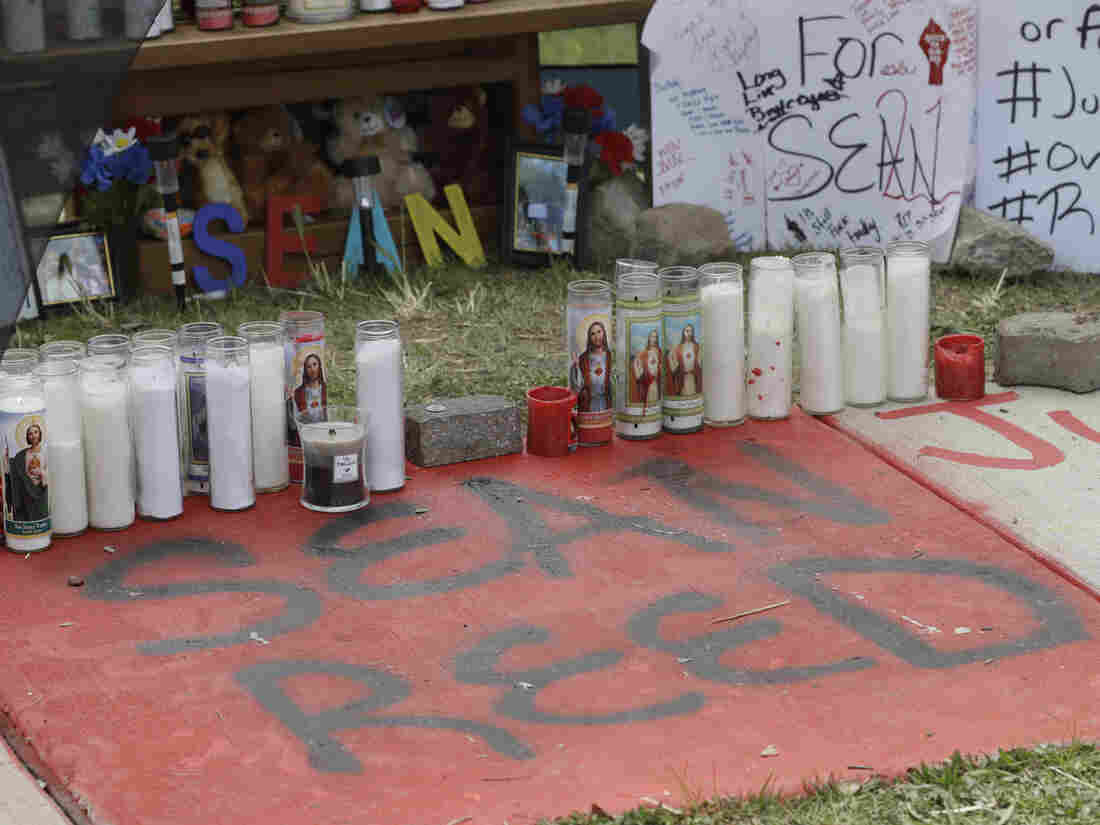 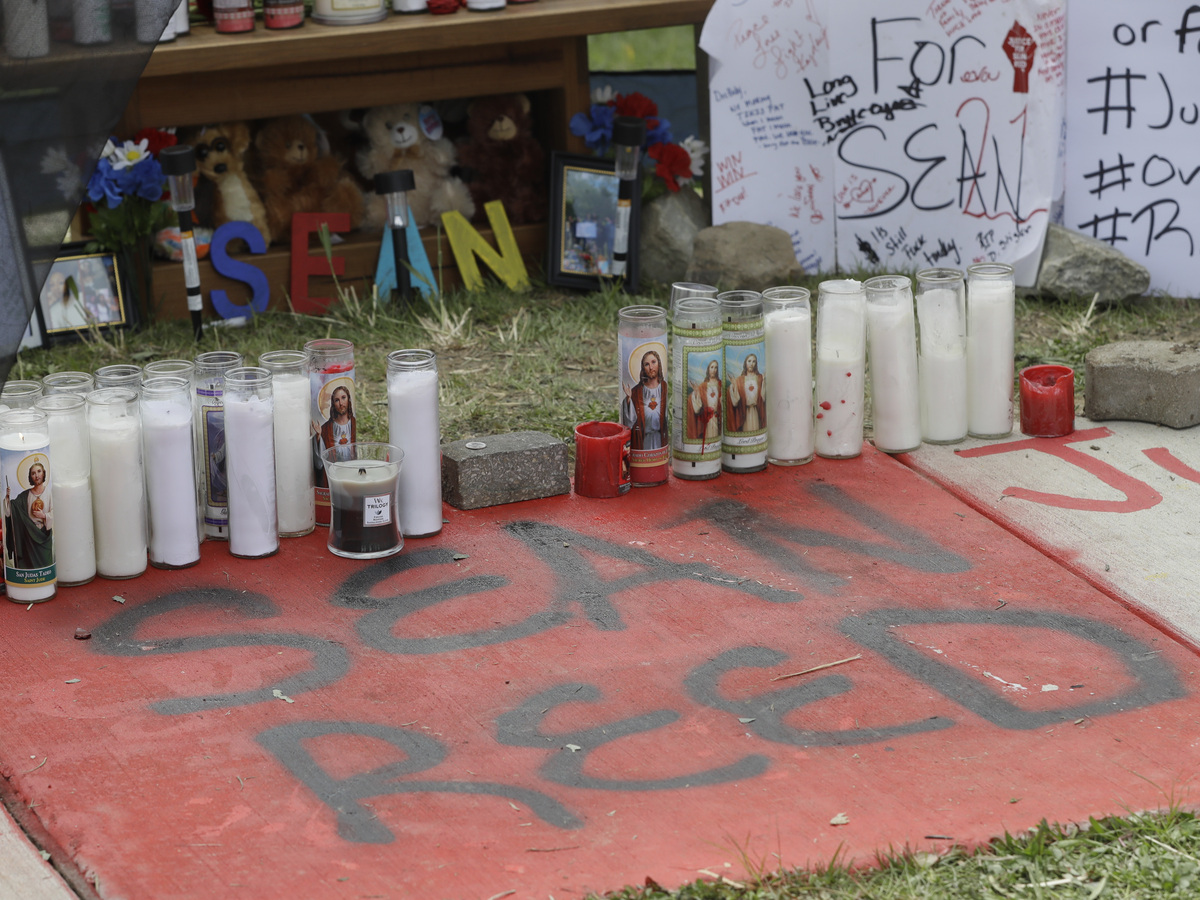 Indianapolis Metropolitan Police Department officer Dejoure Mercer will not face criminal charges for the fatal shooting of Dreasjon "Sean" Reed on May 6.

An Indianapolis police officer who fatally shot a man after a high-speed car chase that was captured on Facebook Live will not face criminal charges.

A grand jury on Tuesday declined to indict Dejoure Mercer who shot and killed Dreasjon "Sean" Reed on May 6.

Mercer was one of several Indianapolis Metropolitan Police Department officers, including Chief Randal Taylor, who were in pursuit of Reed for driving recklessly, according to police. After about 10 minutes the chief allegedly called off the chase because of how fast the 21-year-old was driving. But Mercer, who saw Reed pull over and park, went after him on foot.

By then, Reed had been live streaming the chase on Facebook Live and thousands of people were watching.

Police officials say there was a confrontation between the two and that Mercer and Reed exchanged gunfire.

With Mercer behind him, Reed is presumably struck by a stun gun which can be heard in the video. Both he and the camera fall to the ground and a series of gunshots ring out. Moments later another officer remarks that Reed will need a "closed casket."

There is no police body camera or dashcam video of the shooting.

Both Reed and Mercer are Black. As NPR reported, the incident was the first of two fatal shootings by IMPD officers within eight hours.

A special prosecutor was appointed to investigate Reed's killing, but after reviewing the evidence presented, a six-person grand jury said there was insufficient evidence to indict Mercer.

"I hope that anyone that was a part of this entire process can look at this and feel comfortable that the investigation was done in an impartial manner because that's exactly what my team and I did," Khoury added.

Reed's killing sparked multiple protests throughout the summer. Within a couple hours of the grand jury's decision on Tuesday demonstrators began gathering in downtown Indianapolis.

His family filed a federal lawsuit against the city and the police department.

In a June press conference, the day that marked what would have been Reed's 22nd birthday, his mother offered a tearful pledge to seek justice for her son, The Indianapolis Star reported.

"We talked about how this day was supposed to go. But I can't stand here with him because he was taken away from me," said Demetree Wynn. "Now he's flying away and I can't bring him back. For 21 years I got to hug my son, and on his 22nd I can't.