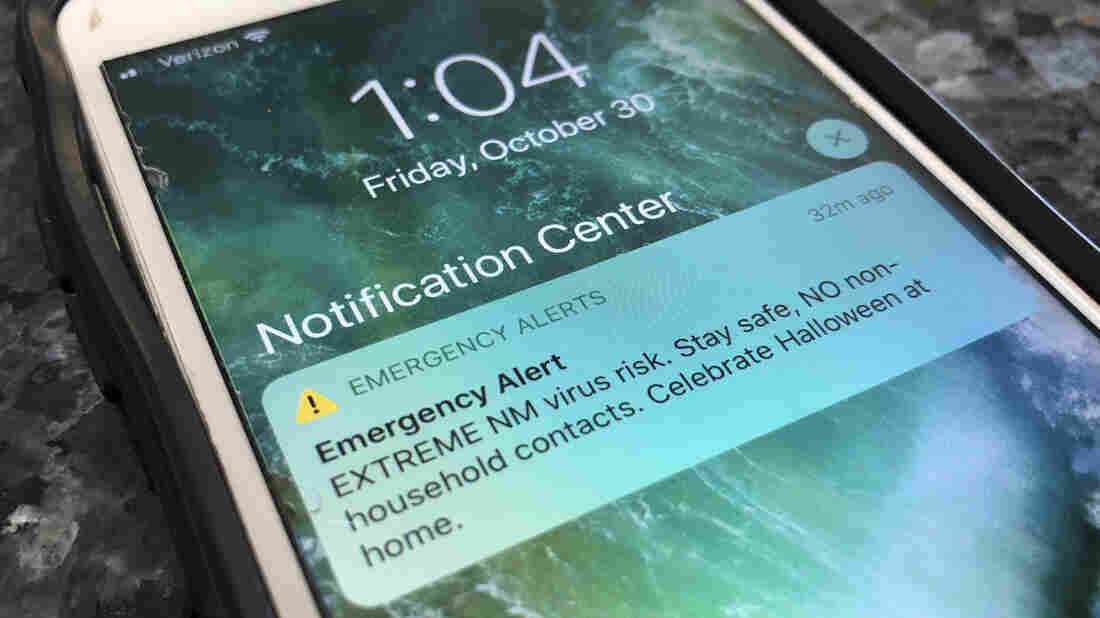 An emergency alert regarding the coronavirus pandemic is displayed on a cellphone Friday in Rio Rancho, N.M. The alert was sent out to New Mexicans across the state urging them to stay home amid a surge in COVID-19 cases and record-high hospitalizations. Susan Montoya Bryan/AP hide caption 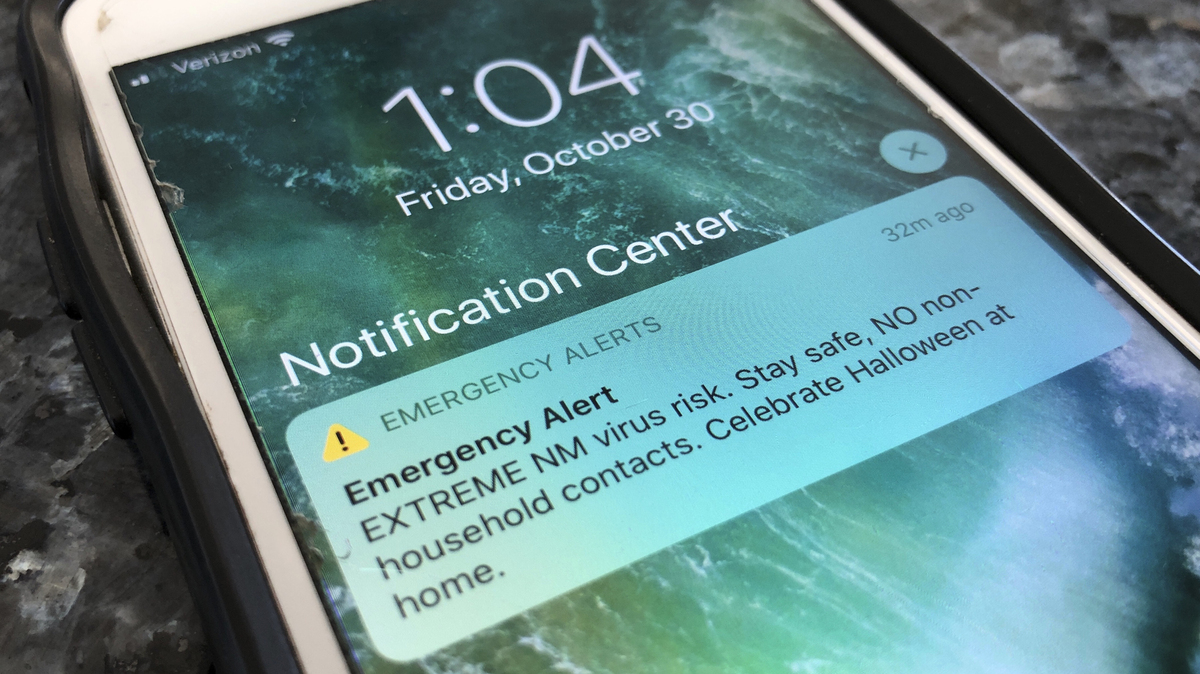 An emergency alert regarding the coronavirus pandemic is displayed on a cellphone Friday in Rio Rancho, N.M. The alert was sent out to New Mexicans across the state urging them to stay home amid a surge in COVID-19 cases and record-high hospitalizations.

A meat manufacturer is suing New Mexico, saying the state violated an executive order from President Trump by ordering a plant to temporarily close.

Health officials ordered Stampede Meat to close its Sunland Park, N.M., plant last week after six employees tested positive for the coronavirus in a five-day period in late October. A state directive calls for businesses to be shut down for 14 days if four or more employees test positive within a 14-day period.

Stampede Meat, which is based in Illinois, says closing will lead to "millions of pounds of meat" being lost and "countless employees" left without work. It asked the court to issue a temporary restraining order blocking the closure.

On Tuesday, U.S. District Judge Martha Vazquez denied the company's motion but ordered the state to respond to Stampede Meat's complaint by Monday.

Stampede Meat is one of eight businesses the New Mexico Department of Health has ordered to close, including a Walmart Supercenter in Farmington.

Stampede Meat argued the threshold for closure is too small considering the size of its plant, according to the complaint. It said there were 550 to 575 employees working in the plant during the two-week period.

The company dismisses the notion it's a public health risk.

"On the contrary, Stampede Meat is a private facility, closed to the public, and enforces strict distancing, personal protective equipment, and other measures to maximize safety," the company said in the complaint. "And it does so while providing essential, critical food supplies to the country."

In May, the New Mexico plant suffered a worse outbreak, when 57 employees tested positive for the coronavirus. The company did not respond to NPR's request for comment by publication time.

Nationally, meatpacking plants have been among the worst coronavirus hot spots, reports NPR's Dan Charles. Thousands of workers have been infected and dozens have died.

However, widespread testing has helped slow the spread.

The U.S. is in the midst of the most widespread surge of reported infections, NPR's Rob Stein reports. It recorded roughly 1 million cases in 10 days.