Accessibility links
'The Crown' Season 4 Introduces Princess Diana And More Juicy Drama The latest season of The Crown pulses with glamour and sizzle, as Elizabeth II greets the arrival of two women who threaten her preeminence: Margaret Thatcher and Princess Diana. 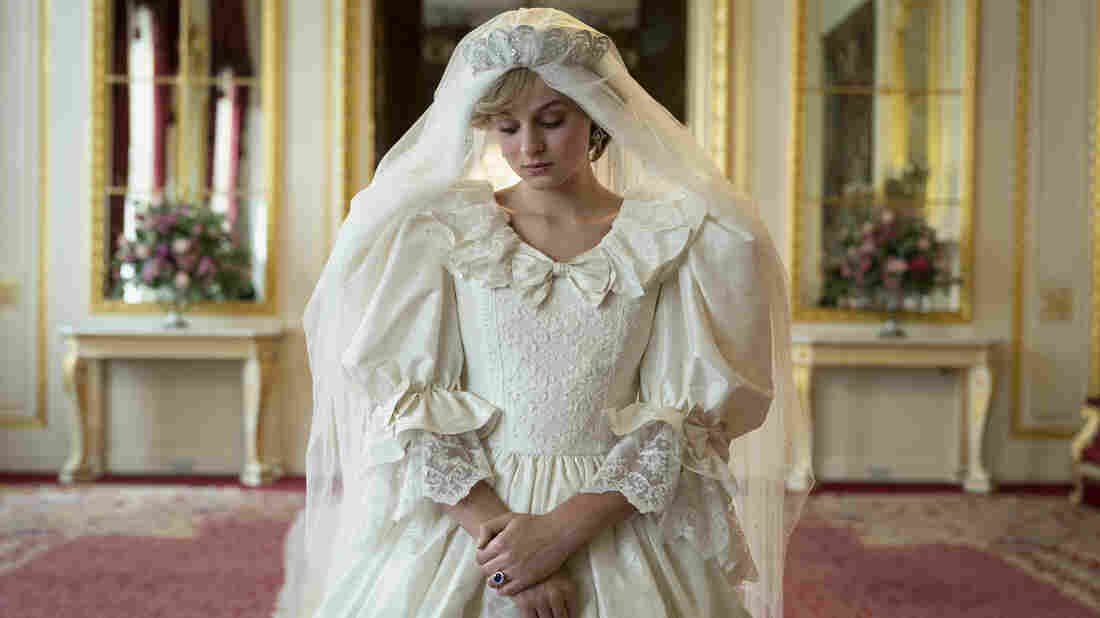 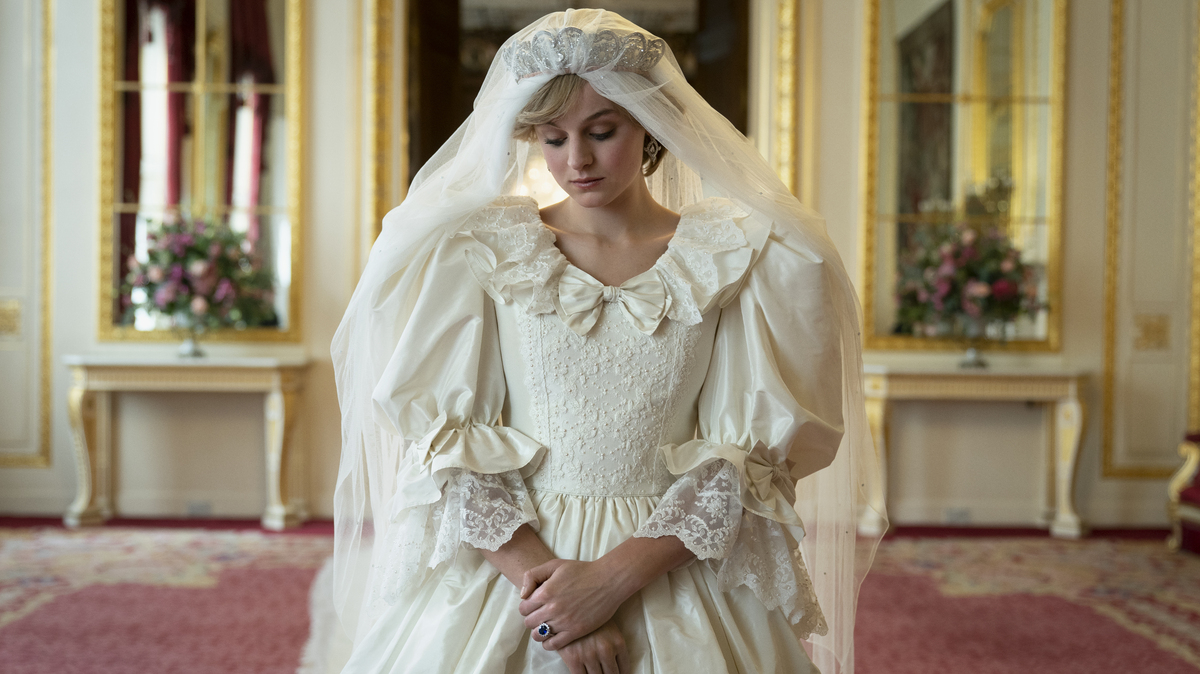 Emma Corrin plays Princess Diana in the latest season of The Crown.

The poet W.H. Auden once wrote:

Are wiser and nicer

Than public faces in private places.

If any TV show bears that out, it's surely The Crown, the endlessly enticing Netflix drama about the reign of Queen Elizabeth II now entering its fourth season.

While Season 3 was good, it felt a bit glum, with its characters congealing into middle age as Britain sank into grayness in the '60s and '70s. One kept hoping for more glamour, more sizzle. These resoundingly arrive in the new season, which centers on the three biggest British icons of the past 50 years — all of whom happen to be female.

The action gets started around 1980 when the queen — now in her mid-50s and still played by Olivia Colman — greets the arrival of two women who threaten her preeminence. First comes Margaret Thatcher, the steely grocer's daughter (played by Gillian Anderson) whose sheer relentlessness made her not only Britain's first female prime minister, but the most polarizing figure ever to occupy No. 10 Downing Street.

With the scene thus set, the next few years unfold in a procession of events large and small: stag hunts and avalanches, dinner speeches and press leaks, mass unemployment and apartheid, royal tours of Australia and war in the Falklands. We see the emotional wreckage of Princess Margaret, played with wounded bitterness by Helena Bonham-Carter, and most famously, the "fairy-tale romance" between Charles and Diana.

The show's creator and main writer Peter Morgan has always cared as much about being entertaining as being historically serious, and this season is filled with juicy scenes. Yet beneath the glossy pleasures, it quietly lays out big themes and conflicts. At issue are wildly differing visions of Britain, of royalty, of womanhood and of power.

The queen's central conflict is with Thatcher, whose almost self-parodic intransigence Anderson manages to humanize without softening. In often-funny scenes awash in hauteur and side-eye, the two take turns annoying and appalling one another.

Thatcher sees Her Majesty as a privileged idler who didn't earn her lofty position and whose ideas of noblesse oblige are sentimental and out of touch. In return, the queen sees Thatcher as a joyless bully who views Britain not as a family but as an oversized shop, showing no compassion for the millions thrown out of work by her economic shock therapy. They're both absolutely right.

'The Crown' Gets A Fresh Polish In Season 3

The more sympathetic is, of course, the queen — unless you belong to her inner circle. When family members come desperately begging for help — Margaret needs purpose, Charles needs praise, Diana needs warmth — the well-meaning Elizabeth shuts down. Faced with disturbing emotion, Colman's face lets us watch the queen's soul escape into a psychological panic room hidden somewhere in her skull. From there, she's only able to mutter bromides about duty and the monarchy that she herself finds oppressive.

But I know that what you really want to hear about is Diana. At first, I worried that she would be impossible to play. How could any actress bottle the particular magic that let her wow the world? In fact, Corrin is startlingly good at capturing the princess' charismatic shimmer. Her Diana is silly and eager for attention — she adores playing to the public and basking in its affection. Yet this winsome young woman also exudes warmth, decency and fun.

Such virtues leave her sadly unprepared for the bulimia-inducing loneliness that devours her from the moment she gets engaged to Charles, who might be pitiable were he not so self-pitying. He passes the royal family's lovelessness on to Diana, resenting her popularity and leaving her to fend for herself as he continues to carry on with Camilla. Their vaunted fairy-tale romance turns out to have been scripted not by Disney but by the Brothers Grimm.

Every season of The Crown seems to have a victim. Over the course of 10 episodes, the People's Princess — as Tony Blair dubbed her — learns the hard lesson already learned by Prince Philip, Princess Margaret, Prince Charles, Princess Anne and many others during the show's previous seasons. Nobody at Buckingham Palace cares whether you're happy in private, only whether your public face helps assure the future of the crown.