Accessibility links
7 Ways To Help Kids With Anxiety : Life Kit Kids have anxiety — but it's not always a bad thing. Renee Jain and Dr. Shefali Tsabary have some ideas about how to help children use those feelings to their advantage. 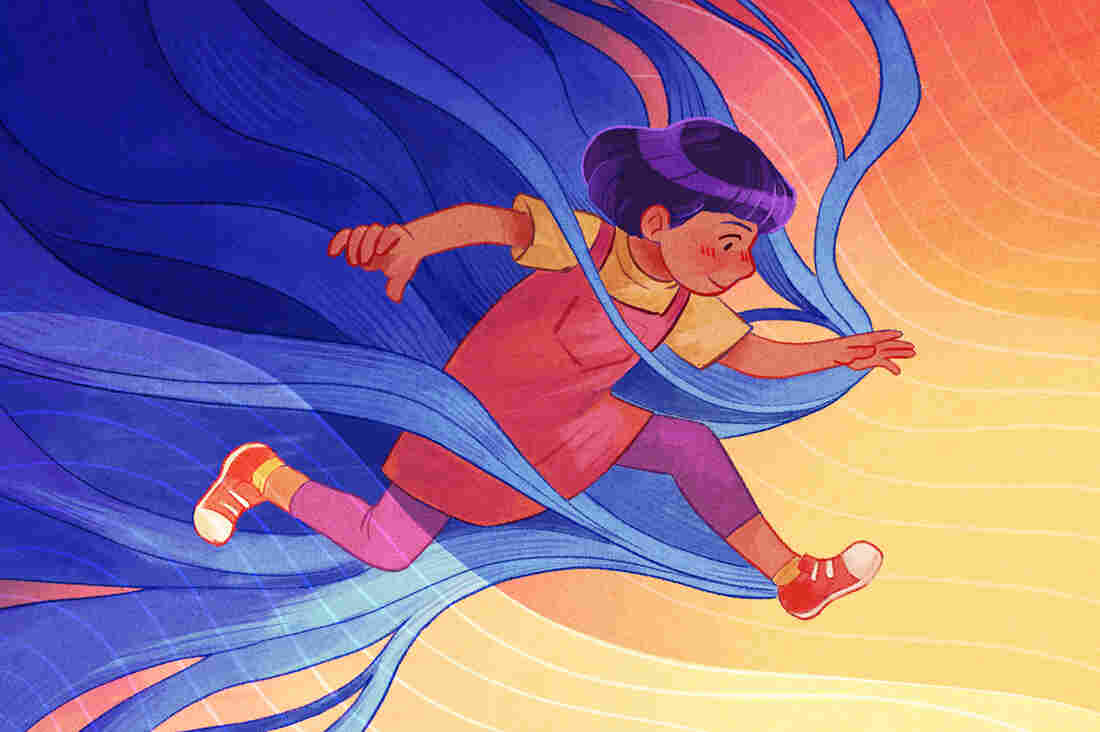 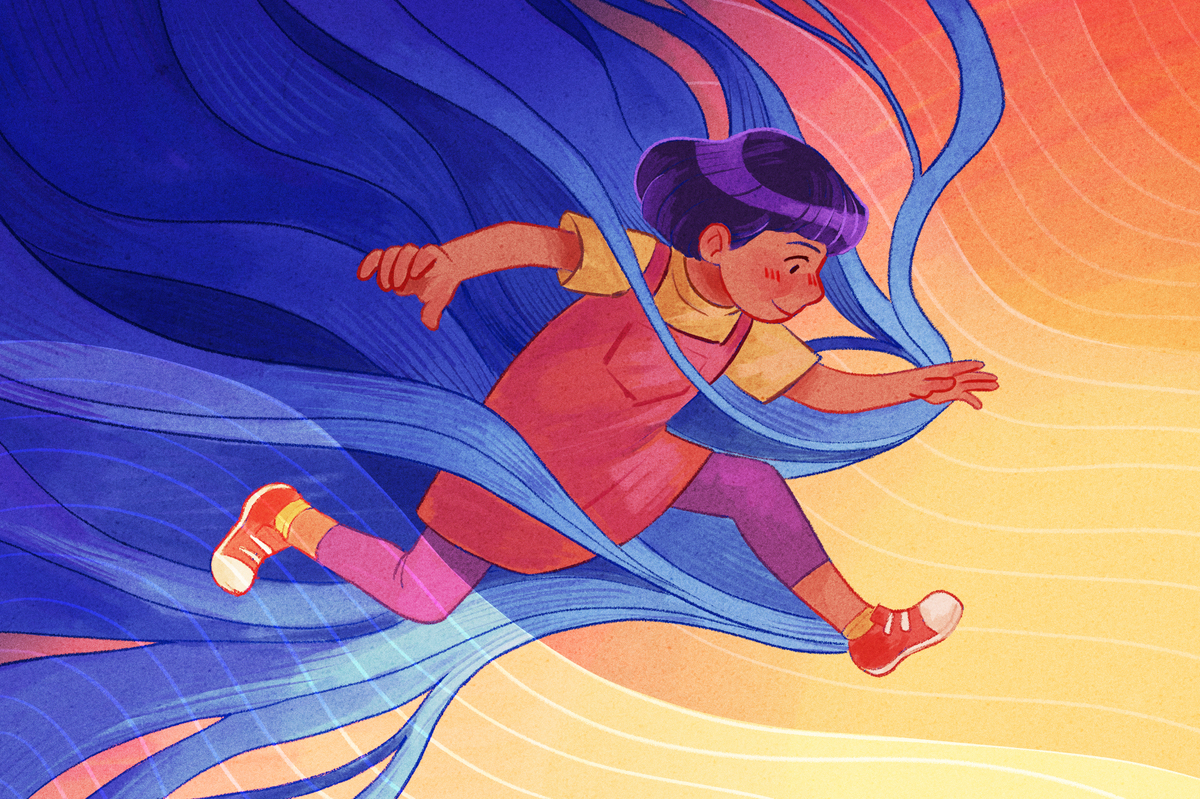 Every child feels anxious at times — but for some, that feeling persists and interferes with friendships and schoolwork.

It can cause children to be fearful, worried, irritable and angry. And there are physical symptoms: Kids can feel tired and have headaches, stomachaches and trouble sleeping. Anxiety is one of the most common mental health concerns for children.

Renee Jain, founder of GoZen!, an online platform to help kids manage their anxiety, and Dr. Shefali Tsabary, a clinical psychologist, are authors of Superpowered: Transform Anxiety Into Courage, Confidence and Resilience.

They believe anxiety is normal, but that instead of accepting it, we try and reject, diminish or get rid of the feeling. "We live in this culture of denial and avoidance of difficult, challenging feelings. And because we are illiterate to our emotions, we don't understand how to feel and how to be," Tsabary says. 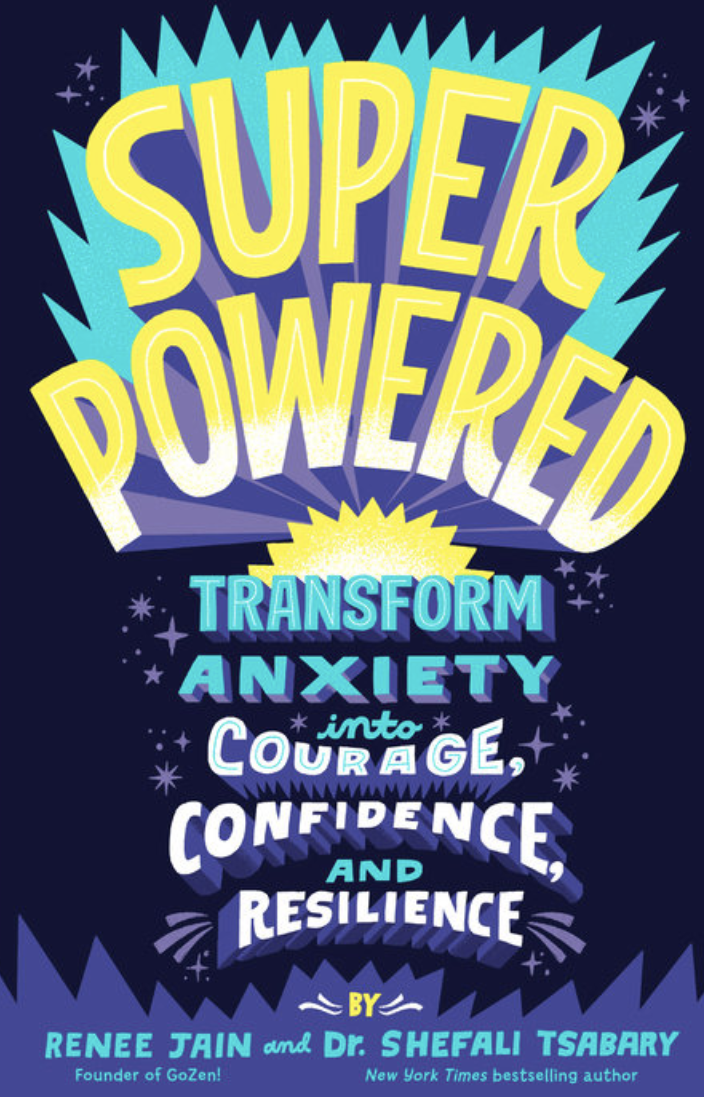 For kids, that can lead to unhealthy ways of coping, including self-medicating, cutting or other addictive behaviors. Tsabary says they wrote the book for children "to honor, validate, give permission, give space for feelings to be allowed to be just felt."

All children are born with superpowers, they write, that get 'zapped' as they grow older. The book is chock full of examples and exercises for kids to get back their natural abilities, which the authors say, helps them manage their anxiety.

Here are seven ways to help your child manage their anxiety — or reclaim their superpowers.

Encourage kids to make friends with their worry

Jain and Tsabary say it isn't helpful to tell children not to worry, even when it's coming from a place of love. The authors believe "worry has purpose, worry has benefits, worry is good for you." They encourage children to personify their anxiety: "When you are able to take a feeling that can be abstract and hard to wrap your head around, and you create a character and you personify it, that makes it concrete for kids," Jain says.

By giving the feeling a name and persona, kids can start a friendship and dialogue with this piece of themselves. They learn this characteristic is part of them but not all of them.

When a child feels really anxious, the feeling overpowers the part of their brain that thinks logically about risk. So, for example, Jain says if they are anxious to fly in a plane, and you say, "you drive in a car every day. And statistically, that's actually more dangerous than flying," to the child this logic doesn't matter.

"They might say, 'I don't really care. I feel like it's more dangerous to go in a plane,'" Jain says.

Worrying about 'what-if' questions can spiral out of control. Jain and Tsabary suggest the 'best case-worst case' scenario exercise to help a child more accurately assess risk and helps prevent them from "over-worrying."

Encourage them to be mindful

The "chaos and the busyness" of kids' lives interferes with their natural mindfulness, Jain and Tsabary say. They suggest encouraging children to notice the thoughts that pass through their minds, but recognize they have the choice to accept the thought or not.

"Once you realize that a thought doesn't have power over you and that you can literally just observe it and let it pass, you then decide which thoughts you wish to choose to react to," Tsabary says.

She says just teaching children that they're in charge of which thoughts they respond to is a "huge empowering technique."

Help them reframe their thoughts

Children are like everyone else: they want to fit in. So an exercise the authors suggest is helping children reframe their struggles. Using their 'supervision' glasses, they can change the narrative, from 'what is wrong with me' into a celebration of themselves.

"Suppose your child feels like,' I'm just such an over thinker.' You put on these glasses, which changes your perspective. Instead of beating yourself down you say, 'I'm such a creative person, that's why I have so many ideas, I'm not over thinking, I'm over creative." Likewise, "I'm kind of sensitive" can be reframed as "I have a lot of empathy," and "I'm quiet and don't like big crowds" becomes "I'm an amazing listener."

She says reframing helps "teach children to stop trying to become something they're not and shift to realizing the potential of what they already are."

Jain says this also helps children get back a sense of wholeness, another superpower they are born with. "When children come to the world, they feel very connected to who it is they are. They don't see anything wrong with them. They don't believe they need to change something about them."

But Tsabary says that changes. "They quickly pick up that who I am is not being accepted. So I need to tweak myself. I need to change parts of who I am." Reframing what they feel is wrong with them into something positive allows them to move away from the desire to fit in, to a new desire, which is to be connected and to belong to themselves.

Encourage kids to (re)discover their 'flow'

You may have heard of the idea of flow: being in the zone, when the challenge that you have is a perfect match for your abilities. You are fully immersed and involved in what you are doing, with focus and joy. It's a psychological concept that emerged in the 1970s.

Jain and Tsabary says parents should recognize this state in their kids. It could be when their child is playing video games, or playing basketball. Maybe it's when they're singing or reading or baking. They suggest parents look at the elements that put that child in flow and see if they can recreate some of those aspects in other parts of their life.

Tsabary says adults often think terms of dualities: positive or negative, success or failure, good or bad. These fixed ways of looking at the world can paralyze people and are inadvertently taught to children.

"This is a culture that is so obsessed with only the final letter grade, the final bank account, the final look. And that's why children lose resilience. They just don't want to try anymore," Tsabary says. She says resilience is the capacity to keep going despite the odds, because you have this inner optimism of courage or hope or tolerance for risk.

Jain instead urges parents to promote a "growth mindset" to help children deal with anxiety. It's a concept made popular by Stanford psychologist Carol Dweck, who found that people who adopt a growth mindset believe that their abilities and skills are fluid — instead of fixed and static.

But she cautions language and mindset isn't enough. The ability to change takes action and it takes habit. She suggests parents encourage their children to take small chances and then encourage them when they make mistakes to keep trying and making an effort.

"So if you are actually going to cultivate a growth mindset in your child where they feel like they can do anything that they put their mind to, the only way...is for them to begin to act upon their belief system," says Jain. She says teaching them how to interpret challenges is a starting point for growth.

Encourage them to listen to their inner voice

Jain and Tsabary say it's critical to teach children to listen to their inner voice, that they call each person's "internal GPS system that guides their actions."

Jain tells children to think about their values: What's important to them? What values does their family live by? She says children can then start to "reconnect with a voice that was the loudest thing in your life when they came into the world."

As a strategy to reactivate this voice, Jain and Tsabary suggest putting your hand on your heart and listening to it. Jain says they explain to kids that the sound they hear is supported by science. "The heart has 40 thousand neurons in it, right? It is like a brain. It has its own consciousness. It actually has memory. There is a lot of fascinating research about how the heart has its own brain, essentially. And so you can put your hand on your heart and literally listen to your inner voice. "

The podcast portion of this episode was produced by Clare Marie Schneider.