Accessibility links
Big Chiefs Of Rival Mardi Gras Tribes Come Together As The 79rs Gang : World Cafe : World Cafe Words and Music from WXPN The 79rs Gang's new album, Expect the Unexpected, feeds the head and tickles the feet, featuring collaborations with members of Arcade Fire and LCD Soundsystem, among others. 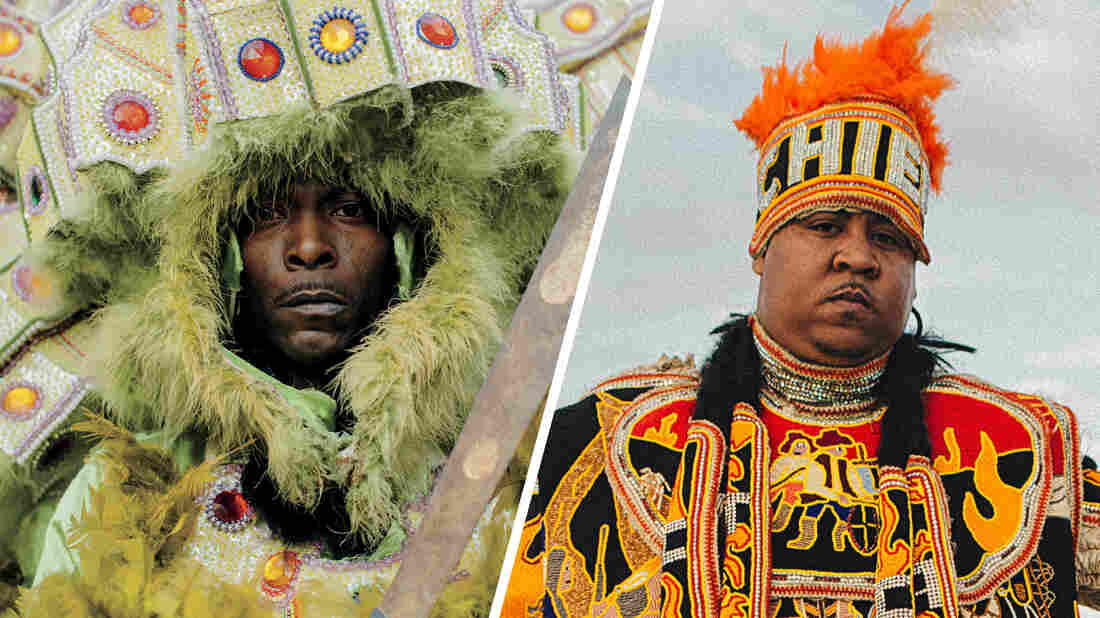 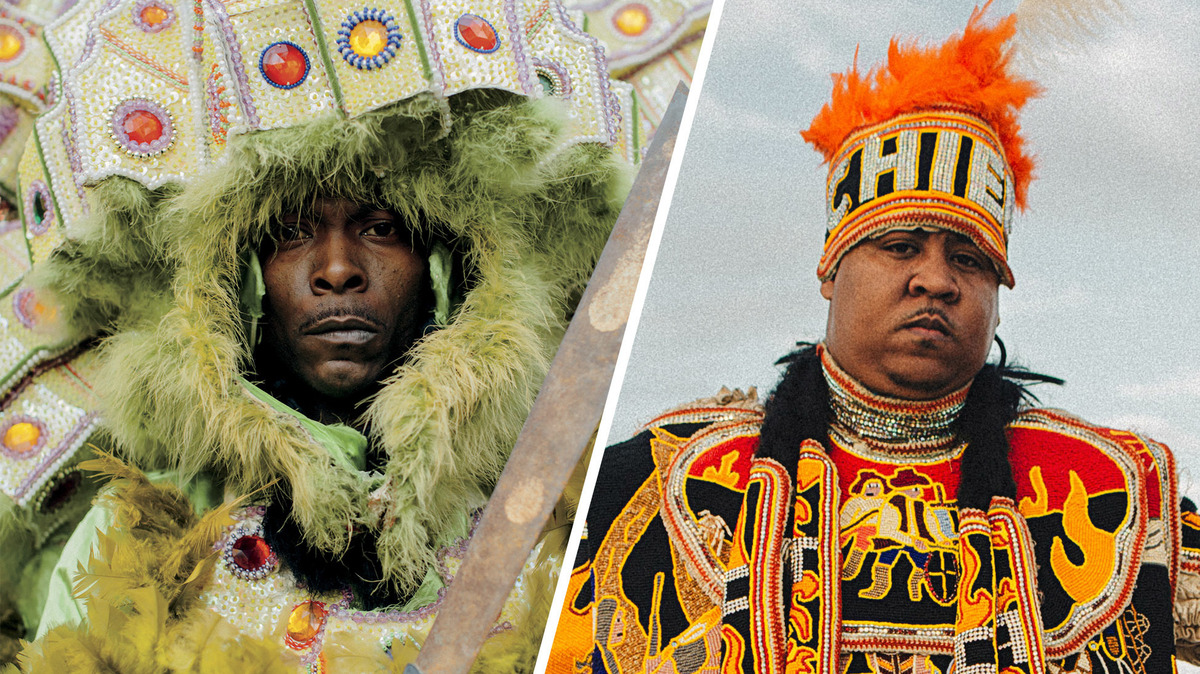 Diwang Valdez/Courtesy of the artist

World Cafe's correspondent in New Orleans, Gwen Thompkins, says that there is no more spectacular sight than that of a Mardi Gras Indian: a man, woman or child, on the street, dressed head-to-toe in a beautiful, sparkling, hand-sewn sequined suit adorned with plumes, feathers and headdress.

Since the 19th century, African Americans in New Orleans have paid homage to the assistance their forebears received from Native Americans during slavery by honoring Native traditions, both visually and in song. Gwen tells us that Mardi Gras Indians look at Native American culture through an Afro-centric lens, and that local tribes, also known as gangs, represent predominantly black neighborhoods throughout the city. Many have done so for generations.

On Fat Tuesday, Saint Joseph's Day and Super Sunday, gangs walk through New Orleans chanting, dancing and facing off with one another in fierce competition.

Today, Gwen Thompkins introduces us to Jermaine Bossier and Romeo Bougere, the Big Chiefs of two rival gangs (the 7th Ward Creole Hunters and the 9th Ward Hunters, respectively), to discuss making music together as the 79rs Gang. Their third album, Expect the Unexpected, feeds the head and tickles the feet, featuring collaborations with members of Arcade Fire and LCD Soundsystem, among others.