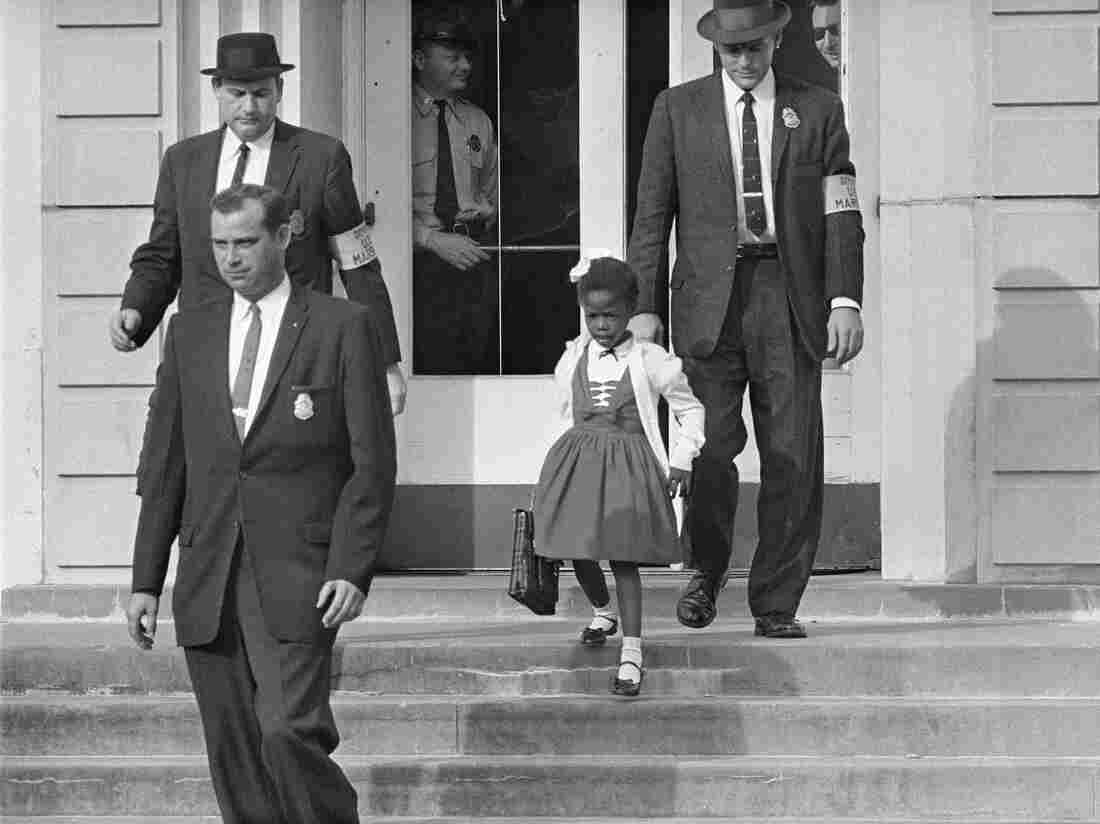 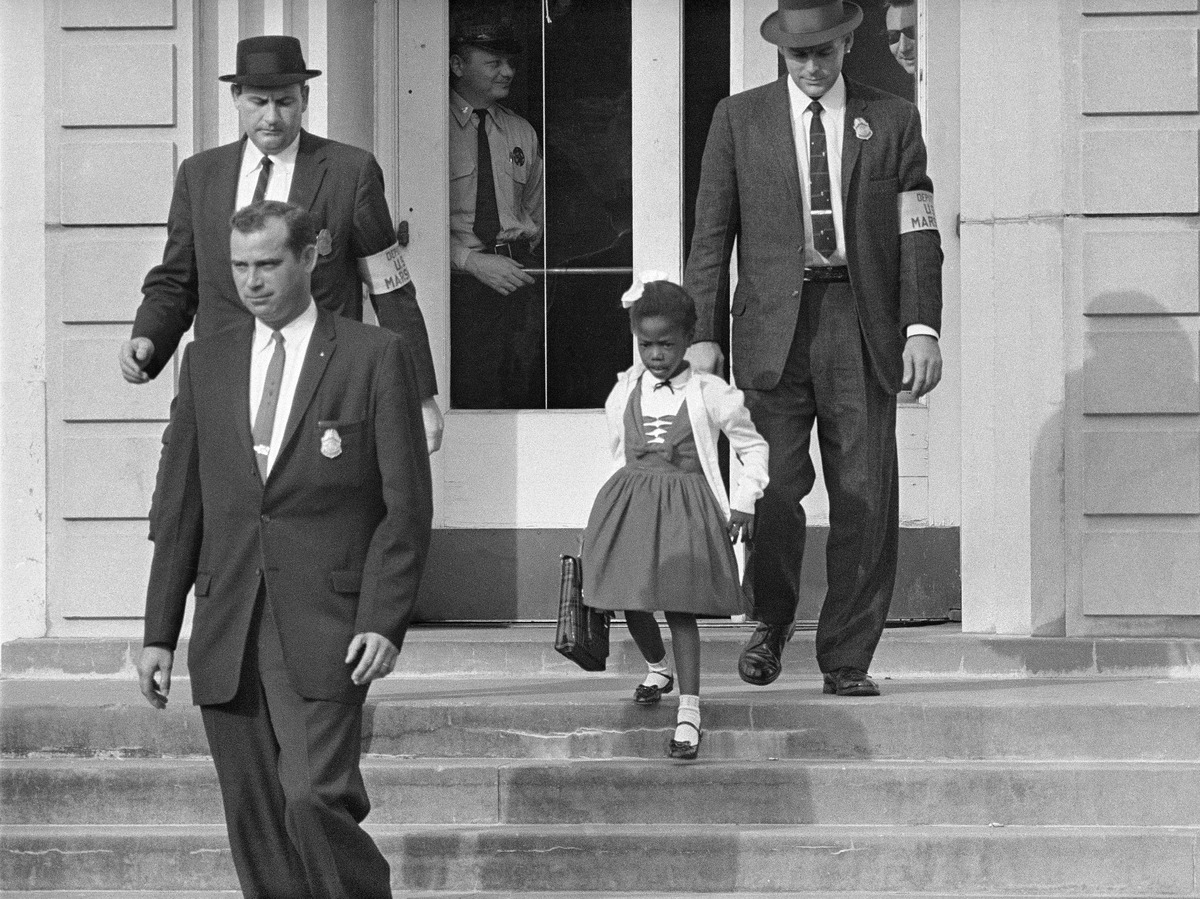 Lucille Bridges, who in 1960 braved a gauntlet of threats and racist slurs to escort her daughter to a formerly all-white school in New Orleans in what became a symbol of opposition to segregation, has died at age 86.

Civil rights activist Ruby Bridges, who walked up the stairs of William Frantz Elementary School six decades ago to become its first Black student, announced her mother's death on Instagram late Tuesday. She included a photo showing mother and daughter holding hands as they exited the school, flanked by U.S. marshals.

Today our country lost a hero. Brave, progressive, a champion for change. She helped alter the course of so many lives by setting me out on my path as a six year old little girl. Our nation lost a Mother of the Civil Rights Movement today. And I lost my mom.  I love you and am grateful for you. May you Rest In Peace. Lucille Bridges (August 12, 1934 - November 10, 2020)

"Today our country lost a hero. Brave, progressive, a champion for change. She helped alter the course of so many lives by setting me out on my path as a six year old little girl. Our nation lost a Mother of the Civil Rights Movement today. And I lost my mom. I love you and am grateful for you. May you Rest In Peace," wrote Ruby Bridges, who was memorialized in an iconic painting by Norman Rockwell depicting her, notebook and ruler in hand and accompanied by burly marshals, walking past a wall scrawled with a racial epithet.

New Orleans Mayor LaToya Cantrell said in a statement Tuesday night that Lucille Bridges is "one of the mothers of the Civil Rights Movement in New Orleans." She said the city mourns her loss.

"Lucille insisted, seeing the action as an opportunity to help all Black children, and walked Ruby, with federal marshals, past chanting and taunting white protesters and to the schoolhouse," Cantrell said. "Mother and daughter both revealed their character and courage."

Lucille was born to Mississippi sharecroppers at a time when Black children rarely went beyond the 3rd grade, according to WGNO. Her family later moved to New Orleans.

She gave birth to Ruby in 1954, the same year as the landmark Supreme Court case Brown vs. Board of Education, which struck down the decades-old "separate but equal" doctrine, ending segregation in the schools. 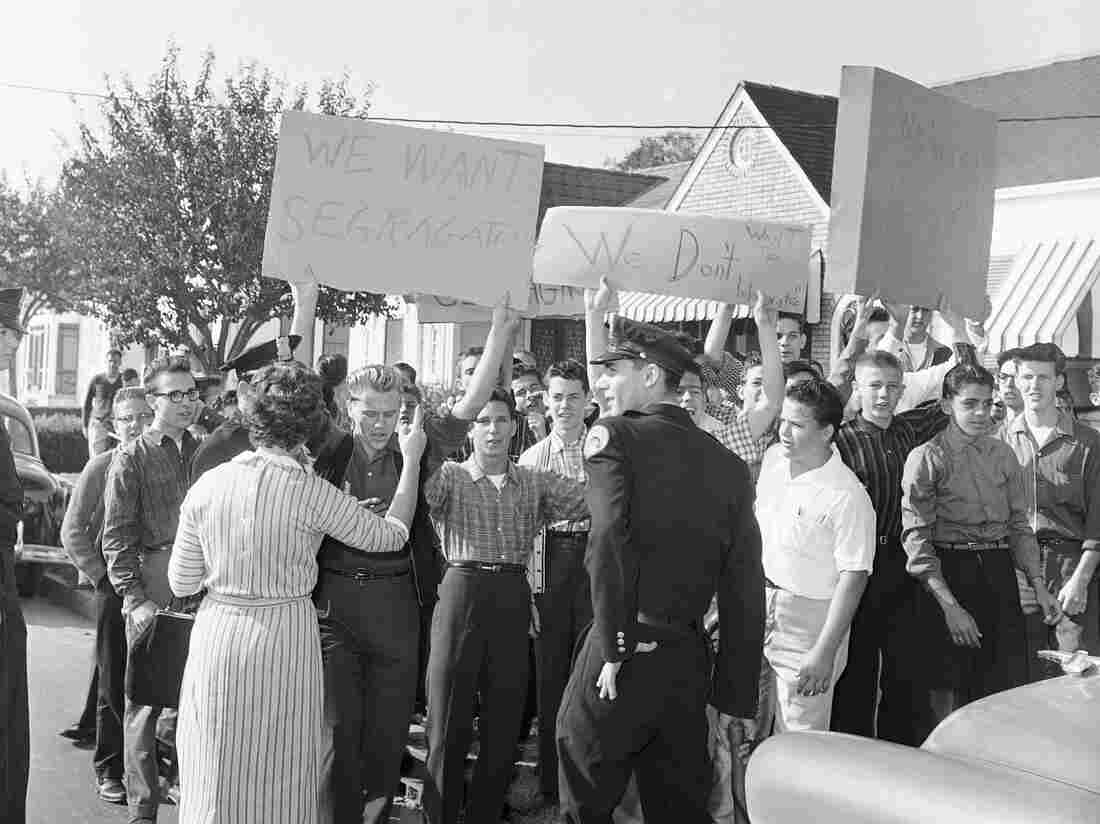 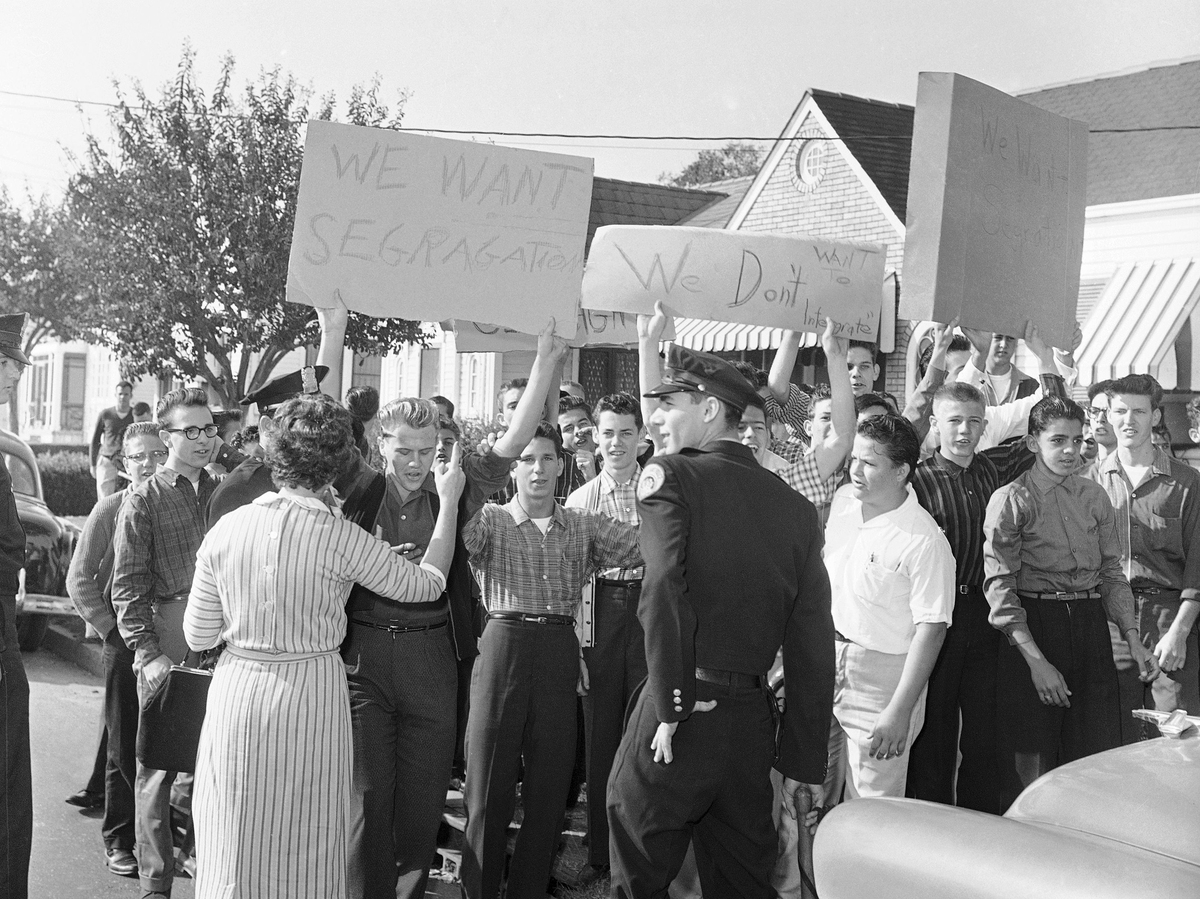 With signs calling for segregation, a crowd gathers outside the William Frantz Elementary School in New Orleans on Monday, Nov. 14, 1960, the first day of classes for 6-year-old Black student Ruby Bridges.

But Louisiana was one of several southern states that defied Brown until a federal court ordered them to integrate in 1960. Even so, the school district where the Bridges lived required Black students to take an exam to determine if they could compete with white classmates. Out of 165 students taking the exam, Ruby was one of five to pass and the only one to decide to attend William Frantz Elementary.

In an interview several years ago, Lucille explained that before her daughter's first day of classes on Nov. 14, 1960, the Orleans Parish school superintendent "explained to me and my husband that ... we had to pray because things were going to get really worse."

She said that when they "drove up right by the school, they had so many United States marshals, so many people just standing, screaming and hollering 'Two, four, six, eight, we don't want to integrate.'"

60 Years Later, Ruby Bridges Tells Her Story In 'This Is Your Time'

She said the crowd tossed eggs and tomatoes at them and even followed them home. "And when they followed us home, they started pitching bottles and things."

The families of many of the white students subsequently pulled their children out of the school.

Lucille said she and her family lived under armed guard from federal marshals for the whole school year.

According to the National Women's History Museum, Ruby's father, Abon, was reluctant to have her attend an all-white school — it was Lucille who insisted.

"I wanted it better for my kids than it was for us, so that my kids could go to school and learn," Lucille explained in the interview.

The museum says the Bridges suffered for Ruby's right to attend the school: her father lost his job, local grocery stores refused to sell to Lucille, and Ruby's grandparents were evicted from the farm where they had lived for years.