Accessibility links
Musicians From Mali Offer Advice To Get Through Hard Times Facing a pandemic lockdown, huge political upheavals and ongoing uncertainty about the future, musicians including Oumou Sangare and Songhoy Blues offer lessons in creativity and optimism. 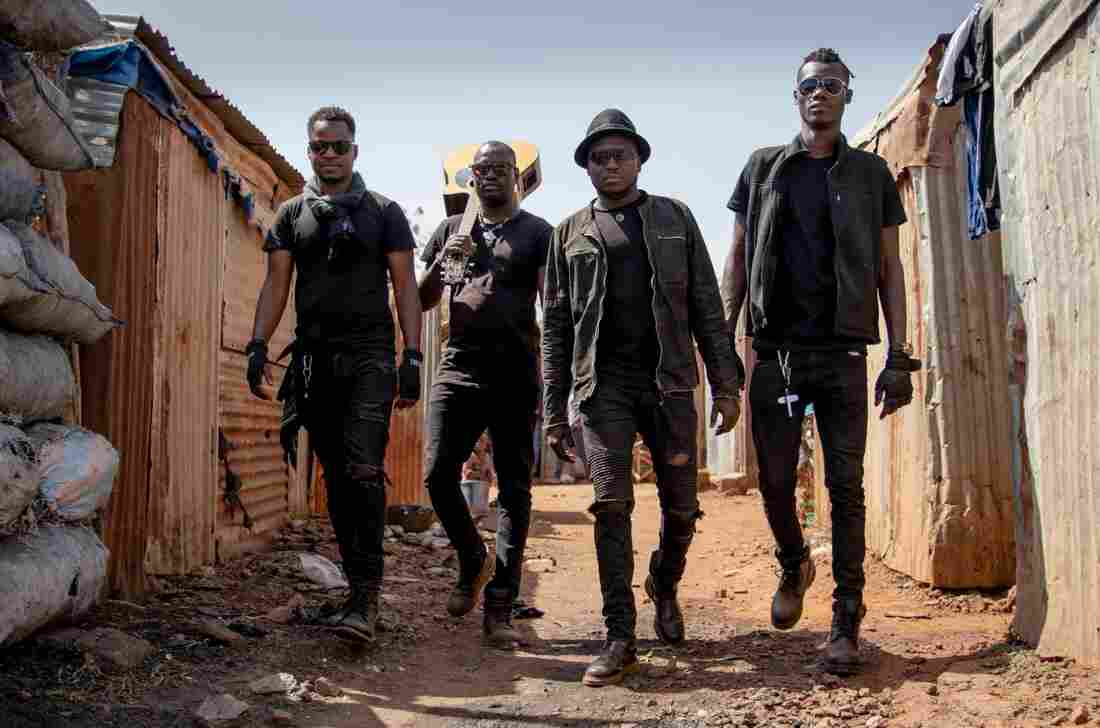 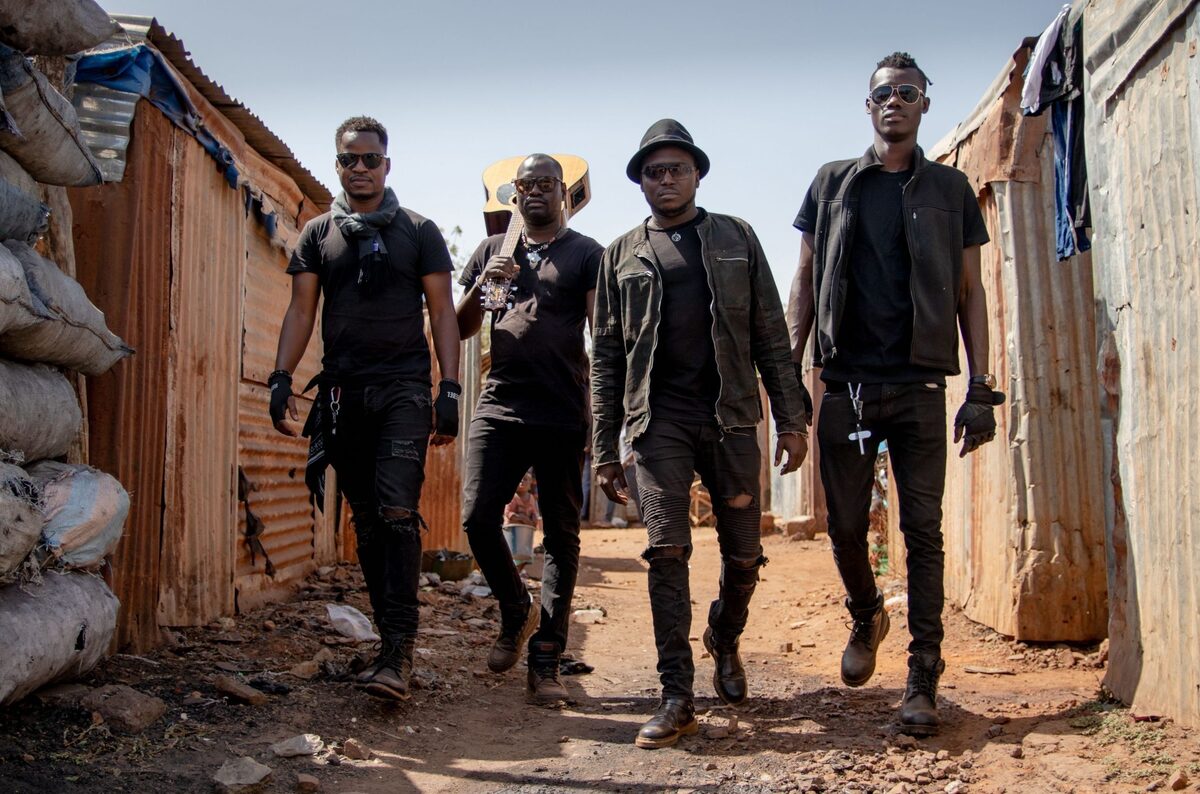 Kiss Diouara/Courtesy of the artists

The northwestern African country of Mali is one of the world's musical cradles. Its rich traditions helped give birth to American blues and jazz, traditions brought by enslaved Africans to these shores. But today, Mali is in turmoil. The country has suffered a long civil war spurred by Islamist insurgents (whose attacks are still ongoing), and the government fell to a coup in August. The country is also trying, like the rest of the world, to cope with the coronavirus.

Despite all of those challenges, however, Malian musicians are still creating amid the chaos — and have some important lessons to share about how to get through tough times.

The band Songhoy Blues plays rollicking music of resistance against the political and social threats its country is facing.

These Malian musicians came together in 2012 after attacks by local and foreign jihadists forced people to flee the country's northern cities and towns as well as its vast Saharan desert. Musicians were among the refugees because the jihadists also banned music.

"When the civil war start in Mali, when they banned music, all the people from the north of Mali has to move to the south just to be safe at that moment," explains Aliou Touré. He's the lead singer of Songhoy Blues. Most of the band's members fled their hometowns to the country's capital, Bamako, in the southwest; he came from the city of Gao, in the east. The band formed in Bamako.

"When you come far away from your hometown and you meet each other," Touré explains. "you speak the same language. It's kind of like a satisfaction of nostalgia when you meet someone who speak your language, who do what you do, who love something that you love."

Watch A Supergroup From Mali Sing For Peace

Finding that kind of emotional home, far from home, was particularly crucial for musicians like Touré. His life revolved around music, even though his city of more than 80,000 people didn't even have a radio station when he was growing up — and most people wouldn't have had their own radios anyway.

"There wasn't a CD or cassette or whatever," he says. "And you need to be rich to get a simple radio."

But still, Touré says, they knew Mali's world-famous musicians and the country's local traditions: Touré's own grandfather was one of the founders of a spectacular regional band called Super Onze.

What Songhoy Blues does has earned fans around the world, including Damon Albarn and Brittany Howard. The Malian musicians are a thoroughly modern band, but they're also walking in the footsteps of some of their country's most revered musicians, like Ali Farka Toure and Salif Keita.

And like those other artists, the music of Songhoy Blues is born of struggle — and not just political. When I spoke to Aliou Touré (no relation to Ali Farka) by phone in Bamako, he had just recovered from a bout of malaria. And, like so many other places in the world, the coronavirus pandemic has shut down his country. He says enduring each hurdle is like surfing.

The pandemic shutdown, though, has created some interesting creative opportunities for artists. It's given Songhoy Blues time to work on new material and to collaborate with local filmmakers on their videos.

The pandemic has also provided a respite for one of the country's most beloved singers, Oumou Sangare.

Sangare spent much of the coronavirus shutdown in the U.S. — first in New York, and then in Baltimore. She's since returned to her home in Bamako. She says the isolation was actually nourishing.

"I rejoiced in my confinement," she says in French. "I've never had the chance to rest like that in the 30 years of my career. Confinement has served me well, it served me to sit down and think how I can continue with my career."

That period of reflection gave Sangare the creative energy to start work on a new album herself. Sangare also acknowledges that Mali's ongoing civil strife has taken a severe toll across the nation — across ethnic and geographic boundaries.

"The country has suffered so much," she says. "The country has had many difficulties. The north suffers. The center suffers. Also the south — the whole country is suffering. I think that the Malians must unite. That's my point of view: It is unity that makes strength."

For years, musicians have been at the forefront of urging the country to stay united and to stand for peace. Their voices are now again in the lead — trying to bolster the country's courage.

Lead singer Aliou Touré says that he's learned that it's the only way forward. "That's the only thing keeping us, keeping people smiling, and that's the only, only way to give ourselves a hope," he says. "It's the best way to keep yourself alive. To be optimist, I think, is the biggest message ever that the whole world need to hear right now."

It's a message that Songhoy Blues — and Mali — can take to the wider world during very troubled times.

With thanks to Maïmouna Touré-Keïta and Cherif Keïta for their assistance in the voiceover for Oumou Sangare in the radio version of this story.