Accessibility links
Soccer Star Megan Rapinoe's 'One Life' Is Mostly A Call To Action Rapinoe's book traces her own political awakening in the hopes that other people will follow in her footsteps and understand that they have an imperative to speak out about injustice in the world. 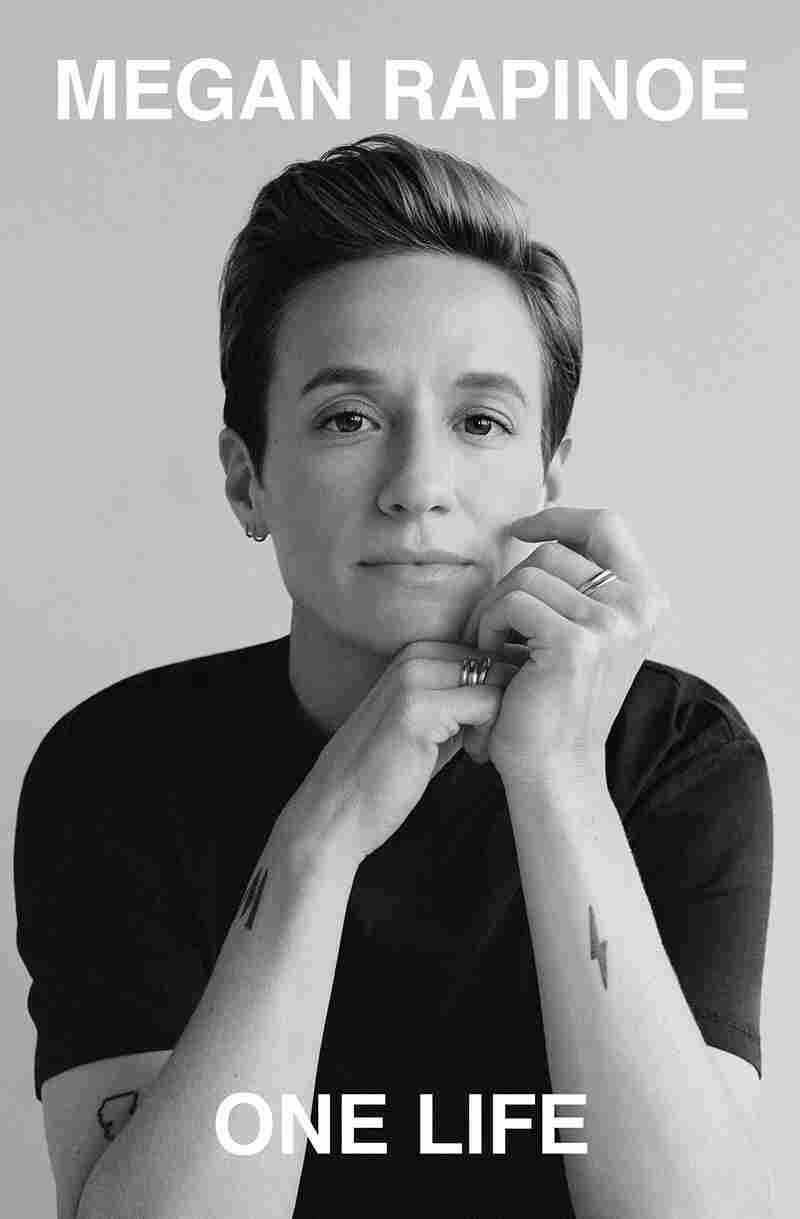 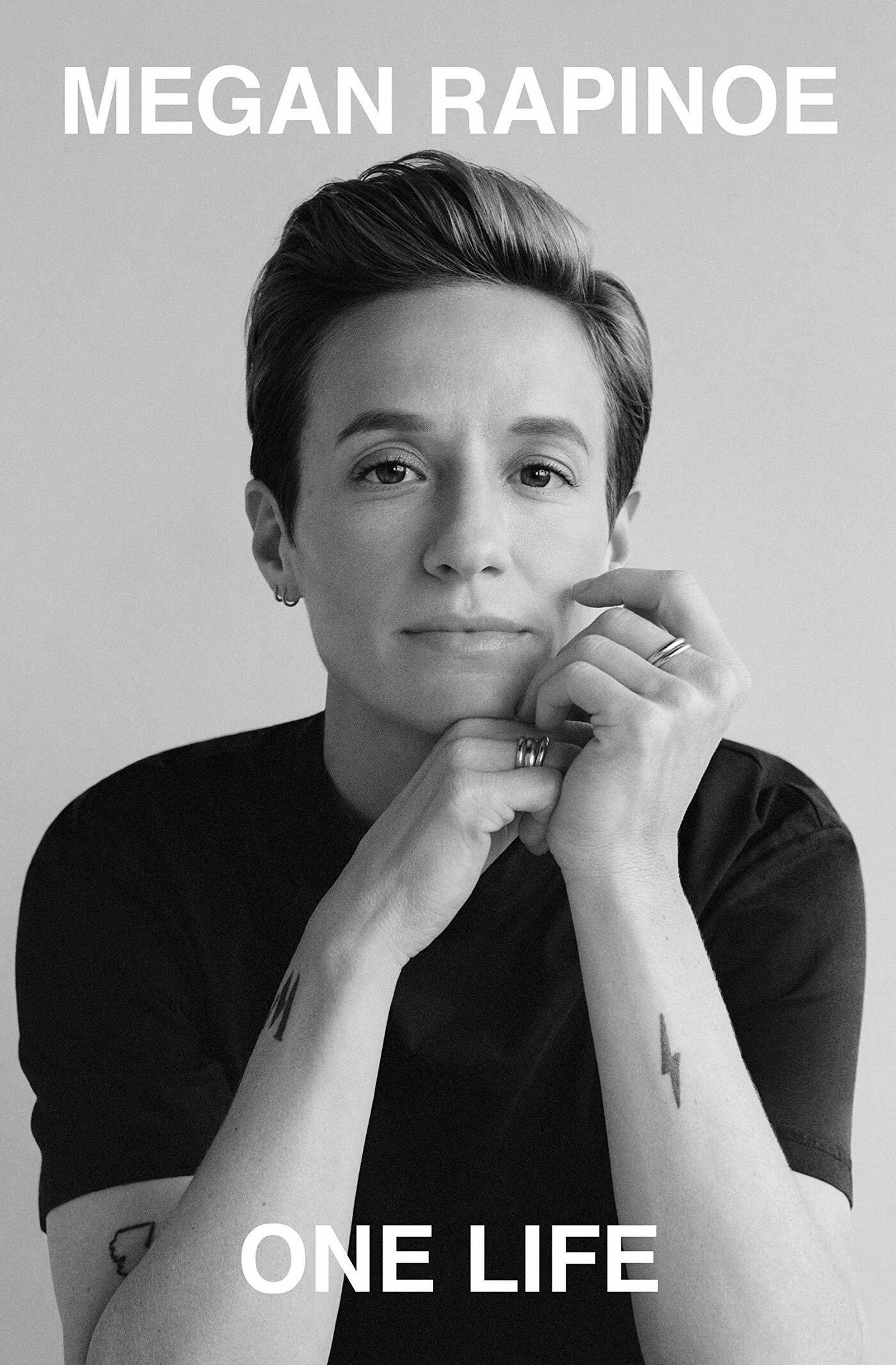 One Life, by Megan Rapinoe

In many ways, Megan Rapinoe seems like the perfect athlete-memoirist for the moment. The star of the United States Women's National Soccer team was catapulted into the national spotlight during the team's 2019 World Cup Championship — both for her on-field play and her off-field political views.

She declared that if the team won, they would not be going to the Trump White House. And Rapinoe was the first white athlete to kneel in solidarity with Colin Kaepernick in his protest against police brutality and racial injustice. She was also the first female member of the U.S. national team to come out publicly as gay.

As an athlete activist, she has gone toe-to-toe with the now-outgoing president and vocally rejected his presidency. Her memoir, One Life, takes the reader through these events from the inside.

We understand from the opening pages that One Life is not mostly about Rapinoe's journey as a soccer player — though it is that. And it won't dwell too much on her childhood in Redding, Calif. It also doesn't expound much on her relationship with her brother, Brian, who has had a lifelong struggle with opioid addiction. Instead, One Life is mostly a call to action — one that follows Rapinoe's own political awakening in the hopes that other people will follow in her footsteps and understand that they have an imperative to speak out about injustice in the world, like she has done.

It is the hyperfocus on this goal that takes away from some of the storytelling in the book. Through 200-plus pages, we never really learn exactly who Megan Rapinoe is. There is a stark lack of scene detail in One Life, which can lead it's readers to feel that Rapinoe spends the length of the book keeping them at arm's length. Romantic relationships, aside from the relationship with her fiance Sue Bird, are blips in the book. While it's understandable that Rapinoe may have wanted to respect the privacy of past partnerships by not sharing too many intimate details, the relationships feel like afterthoughts that don't actually serve to show us anything about Rapinoe as a narrator.

One thing the relationships do show us is Rapinoe's queerness. This openness is one of book's biggest strengths — and it starts with the first pages, when Rapinoe drops an aside about how not realizing the magnitude of taking a knee was a bigger miscalculation than the years she spent as a kid thinking she had a future dating men. When Rapinoe's narrator finally realizes she's gay, while playing soccer at University of Portland, she is relieved. This is a common experience, but not one we often see represented in mainstream tellings of coming outs. There is a narrative we expect queer people to follow, and it usually involves a personal struggle with accepting the fact that they are gay. Rapinoe throws that out the window and adds an important element to the public coming out narrative — it doesn't have to be hard to love and accept yourself.

By weaving her queer identity throughout the book as she does, she also shows readers how it's about so much more than just who she dates—being gay is a core part of her identity and impacts every aspect of her life and worldview. It also propelled Rapinoe to take that knee in 2016 because, though she is white, she says her experiences as a gay person who remembers a time when marriage equality didn't exist and for whom homophobia is a daily reality meant she could relate to the feeling of living in a country that didn't fully recongize your humanity. "I wasn't just familiar with the politics behind Colin's protest; I felt them, in my own way," she writes. "I know what it means to look at the flag and not have it protect all of your liberties."

The heart of One Life, however, and what might have made the more interesting book, is when it tells the story of the USWNT's fight for equal pay. At its very core, this is — or perhaps, should have been — a book about labor organizing, about what happens when a group of people recognize their strength and the collective power they hold. Rapinoe discusses the impact that organizing with her teammates had on the power balance of the team, and I wish we had gotten to see more of it. Of her team going up against U.S. Soccer to fight for pay equity, Rapinoe writes, "As a team, it was an extraordinary moment — witnessing this collection of women rise up — and it fundamentally changed our dynamic... It was a better, more democratic environment in which we gave one another space to be more than players." We have to take Rapinoe at her word on this, as she never brings us inside that room with her to show us how any of it went down.

One Life is unlikely to convert new fans. In trying so hard to center the book around consciousness raising, Rapinoe loses much of the personal storytelling that so naturally lends itself to doing just that. She is clear with the reader that the reason so many people are willing to listen to her is because she is small and cute and white — recognizing the privilege she has that makes her a less threatening messenger to some white Americans. Her clear-eyed commitment to justice is admirable. But there are others we need to hear from right now, in this moment, where Black organizers across the country helped stop a second-term for Donald Trump.

Britni de la Cretaz is a freelance writer whose work has also appeared in The New York Times, Vogue, The Washington Post, Bleacher Report, The Ringer, The Atlantic, Rolling Stone, and other media.