Accessibility links
2020 Census: Starting Anew Under Biden Would Be Complicated Concerns about the accuracy of the census after Trump officials cut the count short have led to calls for a do-over. But the proposal comes with major legal, financial and logistical complications. 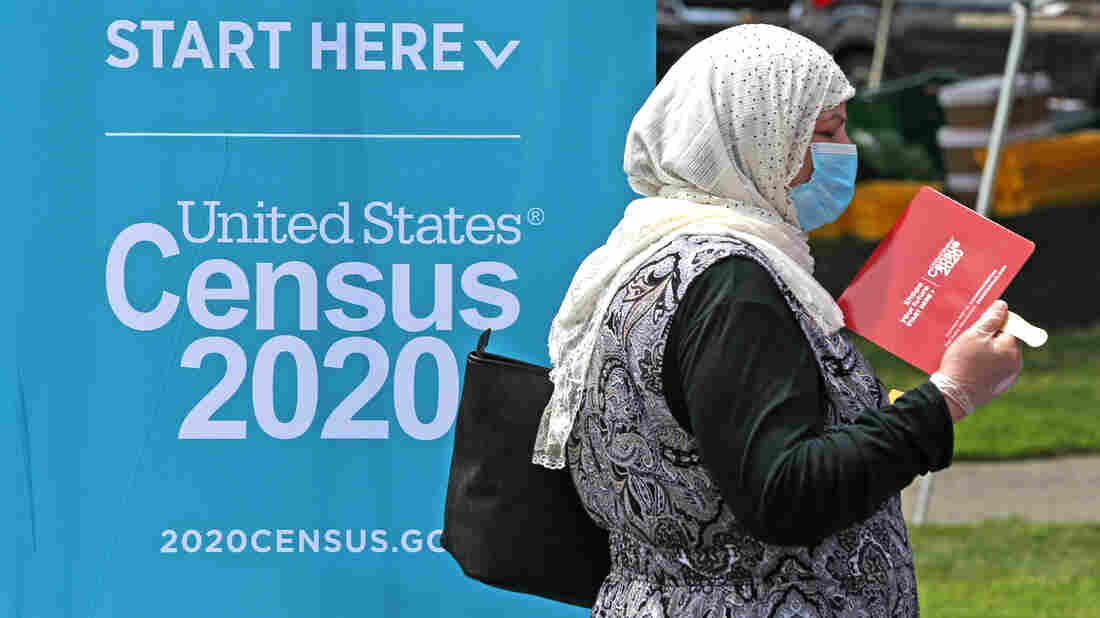 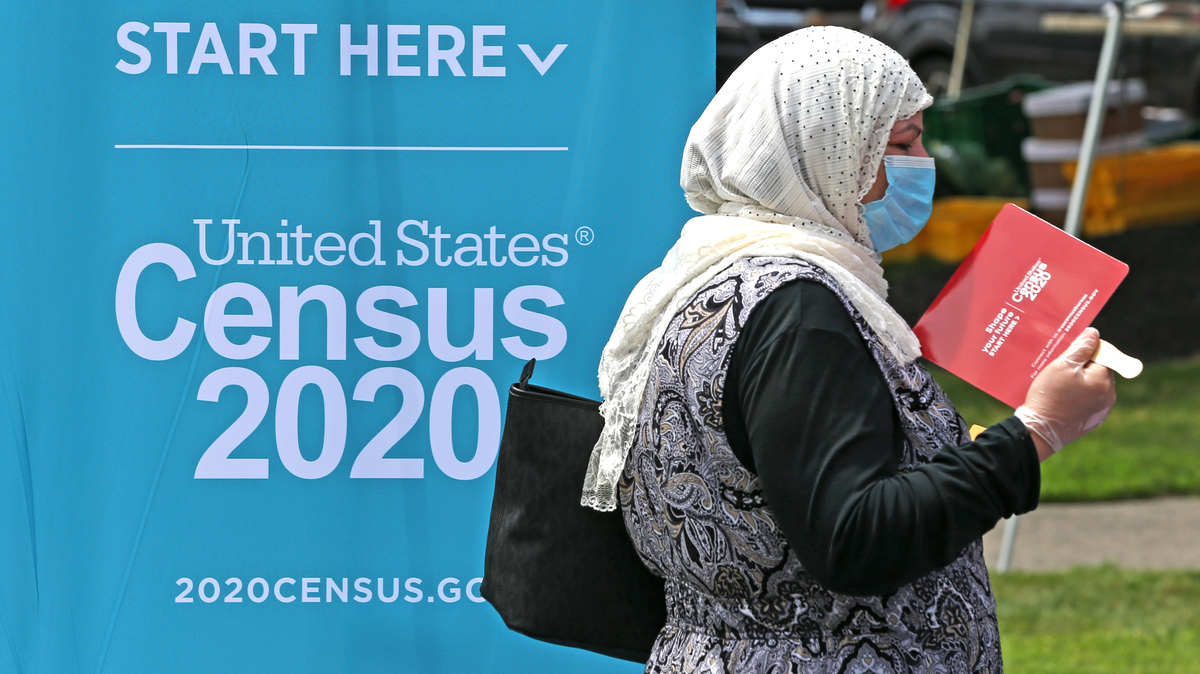 The 2020 census has been disrupted by the coronavirus pandemic, historic hurricane and wildfire seasons, last-minute schedule changes, and President Trump's call to leave unauthorized immigrants out of a key census count.

President-elect Joe Biden's win has some people asking if there's an opportunity for a 2020 census do-over.

The past eight months of the national head count have been disrupted by the coronavirus pandemic, historic hurricane and wildfire seasons, last-minute schedule changes by the Trump administration and President Trump's call to leave unauthorized immigrants out of a key census count for the first time in 230 years.

But whether there is a census redo is not entirely in the hands of the president — who has limited authority over the census — and it would come with a host of complications.

The Constitution has required a census every 10 years since the first U.S. count in 1790. The main purpose of the census is to produce the latest population totals that are used to redistribute the seats in the House of Representatives among the 50 states.

It's not clear whether the state population numbers from a census do-over could be used to reapportion the 435 House seats — or whether there would be enough support in Congress to change any laws to allow that to happen. Federal law does allow for a "mid-decade census" in 2025, but the results cannot be used for congressional reapportionment.

With the 2020 census expected to be the most expensive in the country's history at around $16 billion, there are questions about whether Congress would be willing to fund another count so soon after.

"I think a redo of the census would be the most drastic option that Congress and the new administration would consider down the road," Terri Ann Lowenthal, a former staff director of the House oversight subcommittee for the census, says. "There's a reason it takes 10 years to plan for a decennial census. A redo may not have to take 10 years if the Census Bureau were to use the same design, but it would still have to research and test a number of other elements."

Jamal Brown, the Biden campaign's national press secretary, has not responded to NPR's question about whether the president-elect supports conducting a new census in 2021 or 2022.

Lowenthal and some other longtime census watchers are calling, instead, for the Biden transition team to set up a panel of experts, both within and outside of the federal government, to review early indicators of the quality of the 2020 census and determine whether it can be used to not only reapportion House seats but also redraw state and local voting districts and guide the fair distribution of $1.5 trillion a year in federal funding.

In April, the bureau asked for four-month extensions to legal deadlines for reporting census data but hasn't received any from Congress so far. Census advocates say giving the bureau's staff more time to run quality checks is one way to make sure the results of the 2020 census are accurate.

Last week, the bureau's deputy director and chief operating officer, Ron Jarmin, said in a blog post that the processing of census results has "not uncovered anything so far that would suggest" the 2020 census won't be "fit for its constitutional and statutory purposes." There are, though, preliminary findings that raise questions about the accuracy of population counts in college towns and of data about race and ethnicity.

Still, this month the inspector general's office at the Commerce Department, which oversees the bureau, announced it is launching an evaluation of the bureau's quality control processes. The bureau is also continuing to fight a federal lawsuit, led by the National Urban League, that includes allegations that because of pressure from the Trump administration to finish the census early, the bureau weakened its standards and processes in order to make the count appear more complete than it actually is.

A task force organized by the American Statistical Association is recommending that the bureau release more detailed metrics soon in order for outside experts to check the quality of the results. That task force includes two members of Biden's transition agency review team for the Commerce Department who also served in government during the Obama administration. Nancy Potok was a former deputy director at the bureau and later chief statistician within the White House Office of Management and Budget, and Denice Ross focused on data projects and policy as a presidential innovation fellow and an adviser at OMB.

The Census Bureau's public information office, however, has not responded to NPR's questions about whether it's considering releasing any of the requested metrics.

Former bureau officials — including John Thompson, who served as director during the Obama administration and left months after Trump became president, and Jeri Green, who was a senior adviser for civic engagement at the bureau — tell NPR they expect a lot more transparency from the bureau's civil servants under Biden.

A recent series of political appointments by the Trump administration have raised concerns about partisan interference at the bureau among longtime census watchers, who are particularly worried about the administration's push to reprioritize resources in order to try to get a count of unauthorized immigrants that would allow Trump to change the congressional apportionment numbers while he is in office. The administration's efforts have been challenged through multiple federal lawsuits, and the Supreme Court is set to hear oral arguments on Nov. 30.

"I pray that the career professionals at the Census Bureau, that the researchers and the scientists are allowed to do their work without further interference for partisan purposes," says Arturo Vargas, CEO of the National Association of Latino Elected and Appointed Officials Educational Fund, who has served on one of the bureau's advisory committees of outside experts.

"They've been gagged. They've been silenced and even arms twisted to a degree, and they're tired," says Green, who has been advising the National Urban League on census issues. "They want the Census Bureau that they know and love to be a transparent agency that has the interest of the American people at heart."