Accessibility links
Trump Touts Coronavirus Vaccine Progress As Cases Climb In his first public remarks since Joe Biden won the presidential election, President Trump hinted at the possibility of turnover at the White House, which he has resisted over the past week. 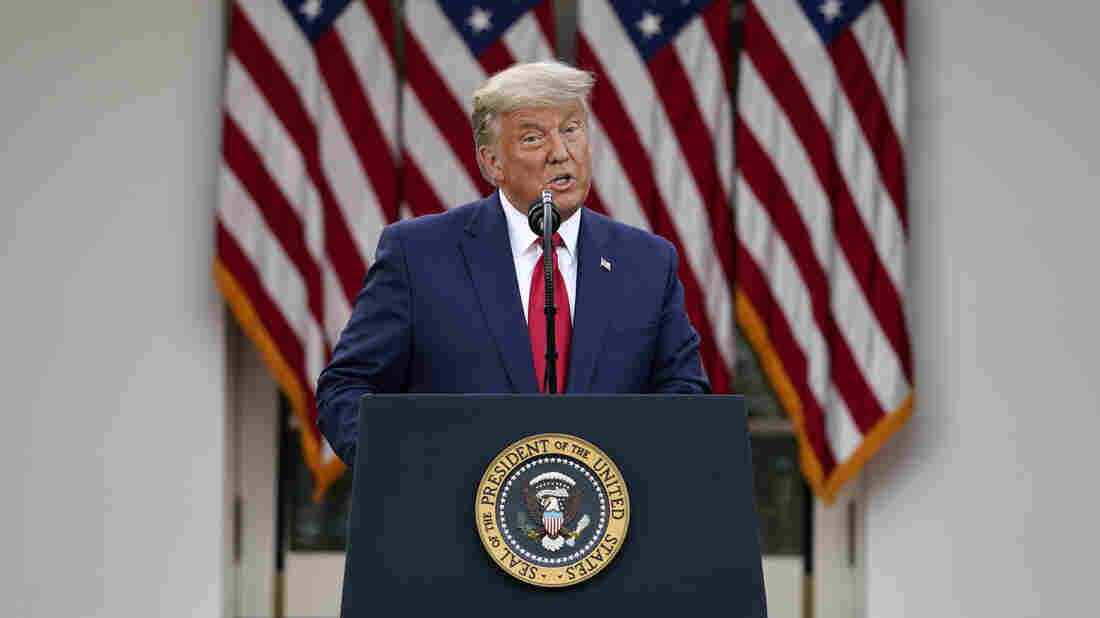 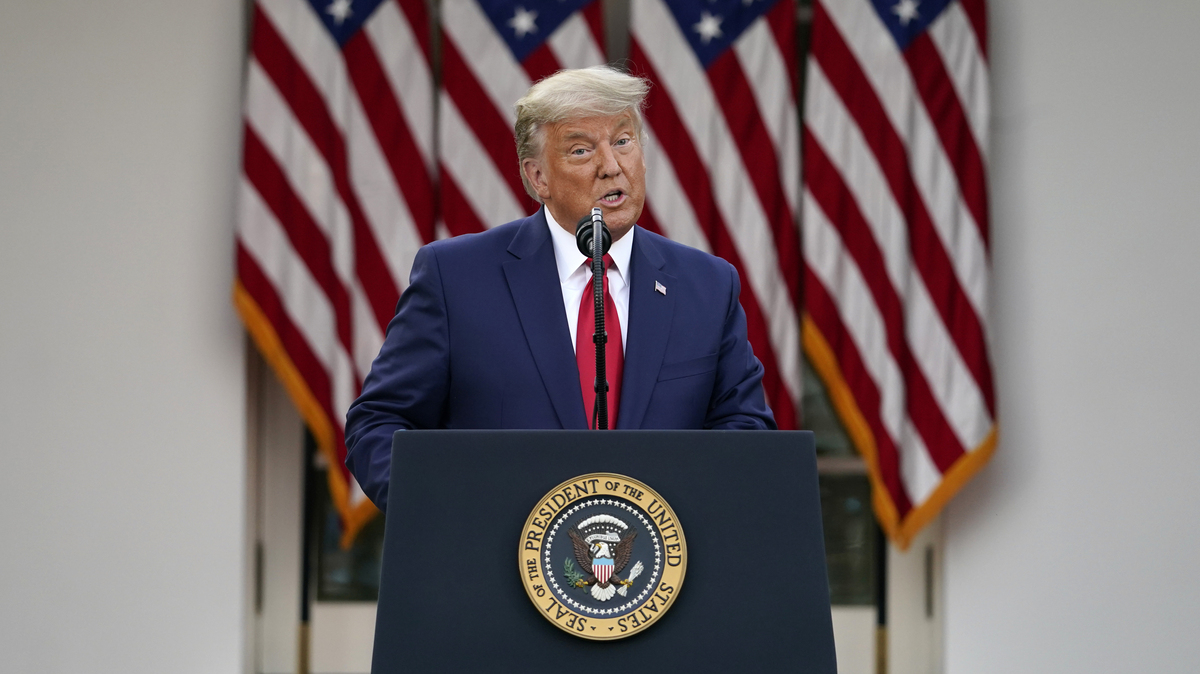 President Trump speaks in the Rose Garden of the White House on Friday.

"Right away, millions of doses will soon be going out the door" after final approval arrives, Trump said, giving an update on his administration's efforts to accelerate coronavirus vaccine development and distribution.

"In July, my administration reached an agreement with Pfizer to provide $1.95 billion to support the mass manufacturing and distribution of 100 million doses, with the option to purchase a total of 600 million doses shortly thereafter," Trump said.

"Our investment will make it possible for the vaccine to be provided by Pfizer free of charge," he added.

The Pandemic This Week: 8 Things To Know About The Surge

For the first time since Election Day, Trump also hinted at the possibility that he won't be in the White House next year – a topic that arose as he discussed the pandemic's effect on the U.S. economy.

The president repeatedly insisted Pfizer was part of Operation Warp Speed, the federal initiative to quickly develop, produce and distribute COVID-19 drugs and treatments. But the company has said the situation is more nuanced.

Pfizer says that it funded the research on its vaccine itself, not through the federal effort. But it acknowledges having a deal in place to deliver a potential successful vaccine to the U.S. government. And in a statement to NPR, the company also says it's working with Operation Warp Speed "to ensure that once authorized or approved, the vaccine can reach those in most need as quickly as possible."

The president's update comes as the coronavirus pandemic is surging again across the country. More than 10 million people have had confirmed coronavirus infections in the U.S., and more than 243,000 had died.

Pfizer announced Monday that its experimental vaccine was found to be more than 90% effective — exceeding the Food and Drug Administration's minimum effectiveness bar of 50%. Still, more data is needed before the FDA permits distribution.

The first doses of a vaccine will go to front-line workers, elderly and high-risk Americans, Trump said on Friday, promising that the move would "dramatically reduce hospitalizations and deaths" and "effectively end this phase of the pandemic."

"As soon as April, the vaccine will be available to the entire general population – with the exception of places like New York state," Trump said.

The discrepancy, Trump said, was because New York Gov. Andrew Cuomo has expressed distrust of a vaccine quickly approved by the Trump administration.

"So we won't be delivering it to New York until we have authorization to do so," Trump said, adding, "That pains me to say that."

Of course, that timeline is hypothetical for two reasons: Trump's single term in office ends in January, and the vaccine has still not received regulators' OK.

On Monday, a leader in the federal COVID-19 vaccine initiative told NPR that the first of millions of Americans could begin receiving a vaccine as soon as next month.

"I think a safe and effective vaccine will be available initially in December," Gen. Gustave Perna said.

Perna is chief operating officer for Operation Warp Speed. He said that if the FDA authorizes a vaccine by next month, "10 to 30 million doses of vaccine will be available that we can start distributing."

Trump received an update on the vaccine effort earlier Friday, when he and Vice President Pence were scheduled to attend an Operation Warp Speed briefing in the Oval Office, according to the White House.

Trump's Rose Garden comments follow a nearly weeklong pause on public events — aside from a visit to Arlington National Cemetery on Wednesday for Veterans Day, where he did not give remarks.

Despite Biden's win and sustained lead in electoral votes, Trump has refused to concede to his Democratic opponent and has falsely claimed on Twitter that widespread voter fraud tipped the election. His campaign has pursued a litany of lawsuits challenging the results, an effort that has largely failed.