Accessibility links
'Brighten The Corner Where You Are': Finding A New Way To Be Thankful In A Pandemic For 35 years, Scott Macaulay has been organizing the annual holiday gathering in Massachusetts for anyone who wants to come. "I can't fix the country ... but I can brighten my own corner," he said. 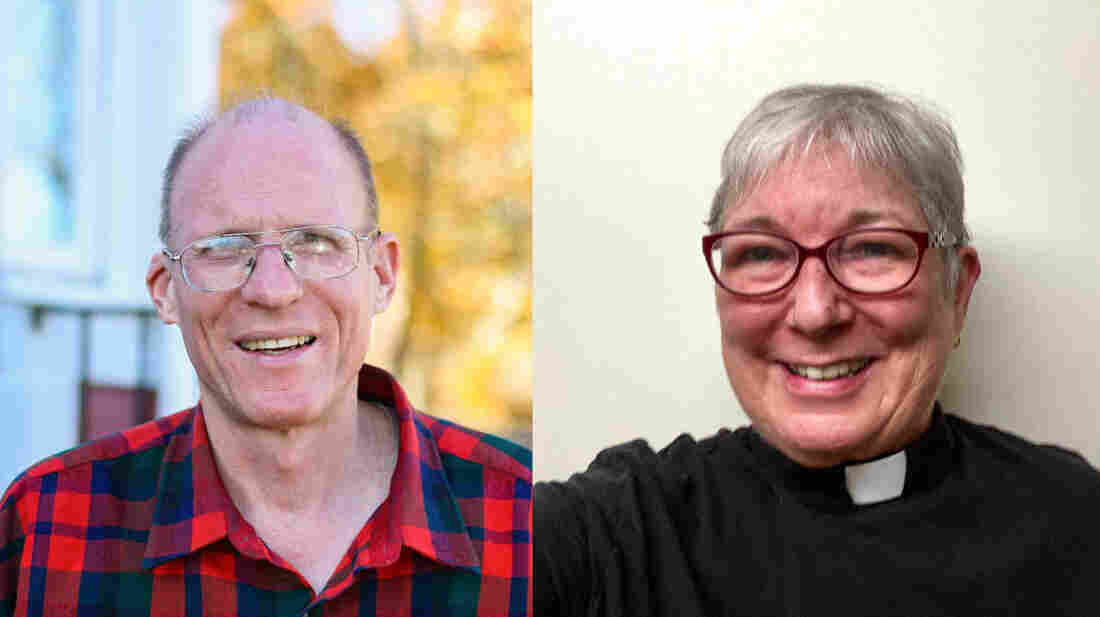 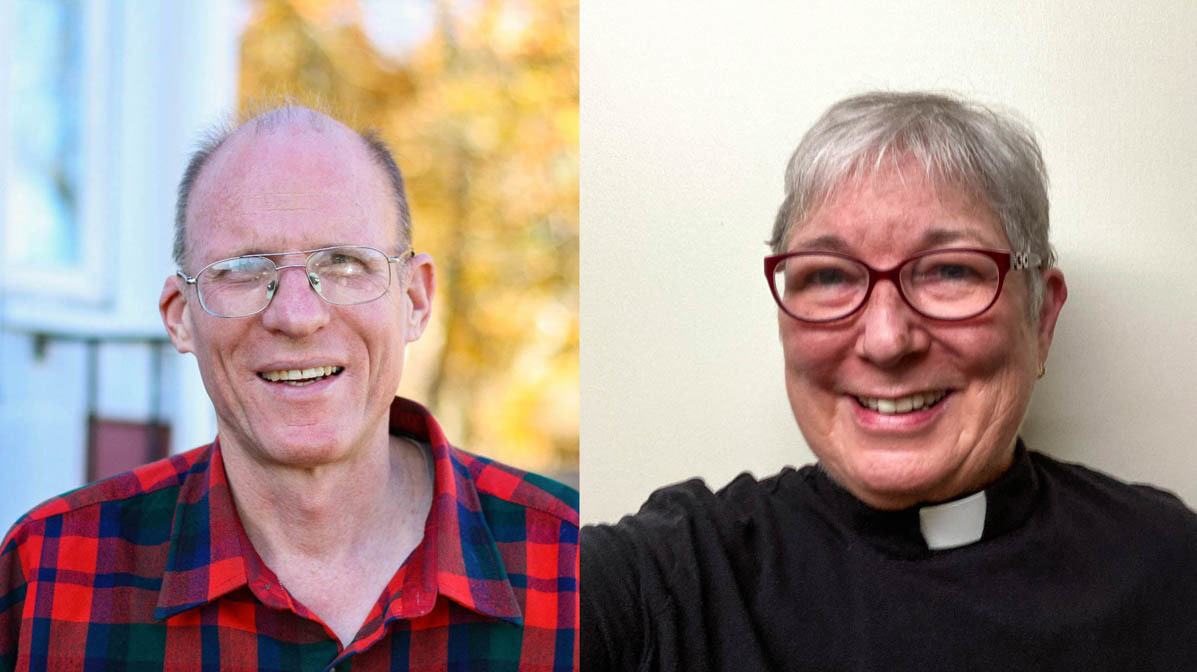 Scott Macaulay, left, told Loretta Saint-Louis last week during a StoryCorps conversation that he organizes an annual Thanksgiving dinner for anyone who, like him, doesn't want to spend the holiday alone.

For more than three decades, Scott Macaulay, a vacuum repairman in Melrose, Mass., has been hosting a Thanksgiving dinner for people who have nowhere else to go — a situation he found himself in after his parents' acrimonious divorce.

His tradition started in 1985, when he put an ad in the local paper, offering to cook Thanksgiving dinner for a dozen guests. Macaulay, 59, realized his family most likely wouldn't get together for Thanksgiving that year, and he doesn't like to eat alone.

"I just thought, well, there must be some other people that are in the same boat and why should they have that rotten feeling? Why should they be stuck home alone?" Macaulay told StoryCorps in 2010.

The annual feast has blossomed since then. Last year, nearly 100 guests showed up at the church where it was held.

Loretta Saint-Louis, one of those guests, spoke with Macaulay last week for a remote StoryCorps conversation.

In 2017, Saint-Louis saw his ad in the Melrose Free Press with a phone number to reserve a seat at the table.

"I was new to Melrose and I didn't really know people here," Saint-Louis, 68, told him. "It took a bit of courage for me to just call you."

Macaulay was delighted when she called to make a reservation; he'd been searching for someone to do the grace for the meal, and she was a newly ordained American Baptist minister.

Macaulay asked Saint-Louis what her first impression was of, in his words, "this crazy guy on the other end of the phone."

"You were so friendly," she said. "I was blown away, all the care that you put into it. It felt like I was going to a family Thanksgiving event."

Due to the coronavirus pandemic, Macaulay won't be hosting his normally large gathering this year.

An Unusual Friendship, Forged Over Thanksgiving

Instead, he's giving a small number of people groceries to cook dinner at home. For those who have transportation, he's offering 100 guests a gift coupon for a local restaurant where they can pick up a full Thanksgiving dinner.

"It's nice to know that you still want to feed us, but it's the togetherness of it that's important," Saint-Louis said.

Macaulay reflected on the previous years' dinners, which he says have drawn people of all different ages and backgrounds.

"What I find always interesting is, despite the great differences, they all have similar things that they're thankful for," he said. "And some of them will make you cry. Somebody will say their son's now speaking to them. You know, no matter what your condition is — health-wise, financial, or newly divorced, or newly widowed — they focus for some time on good things. And I think that's wonderful."

Saint-Louis asked Macaulay for the advice he'd share with people who will be alone this Thanksgiving.

"I would say: Call everybody and anybody that you can think of to tell them, 'I love you,' " he said. "Connect with as many people that you think might be alone or would appreciate a call and tell them you're thinking of them."

Macaulay works a second job, cleaning and maintaining the grounds at a local country club to raise the money he needs to support hosting the dinner every year.

A small crew helps him move in some dining furniture at the church and later cook the dinner. But he doesn't take volunteers for the organizing and grocery shopping, preferring guests to simply participate in the dinners, nor does he solicit donations or ask for discounts.

"My philosophy is: I can't fix the country or the world or even the town, but I can brighten my own corner," he said. "It doesn't matter what any of the differences that we can divide ourselves with — if your neighbor's house is burning down, you run to help. You run to put the fires out. I'm not going to sit around, talk about it, I'm just going to do something about it. And that's sort of what the Thanksgiving dinner is all about.

"That would be my hope for America, that everybody would just brighten the corner where they are."