Accessibility links
Boy Scouts Of America Sexual Abuse Victims Seek Justice In Bankruptcy Court The organization ignored decades of sex abuse allegations, but it could now pay the price. More than 88,000 men say they were abused as Scouts, ahead of Monday's deadline to file a claim. 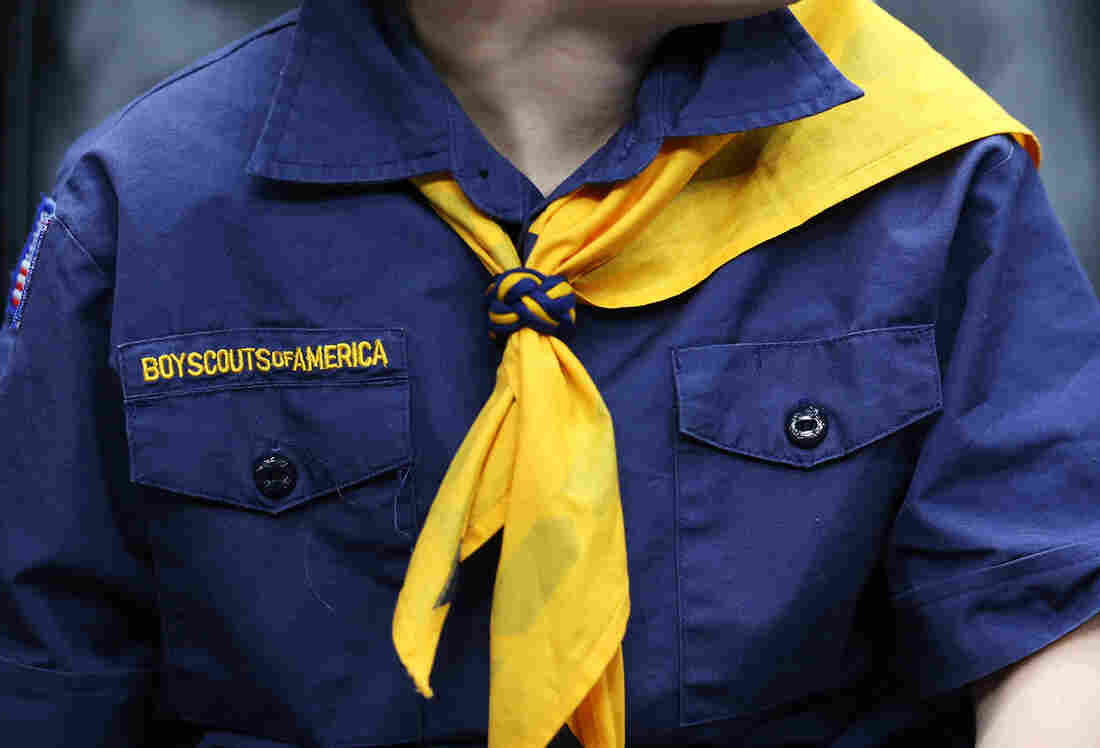 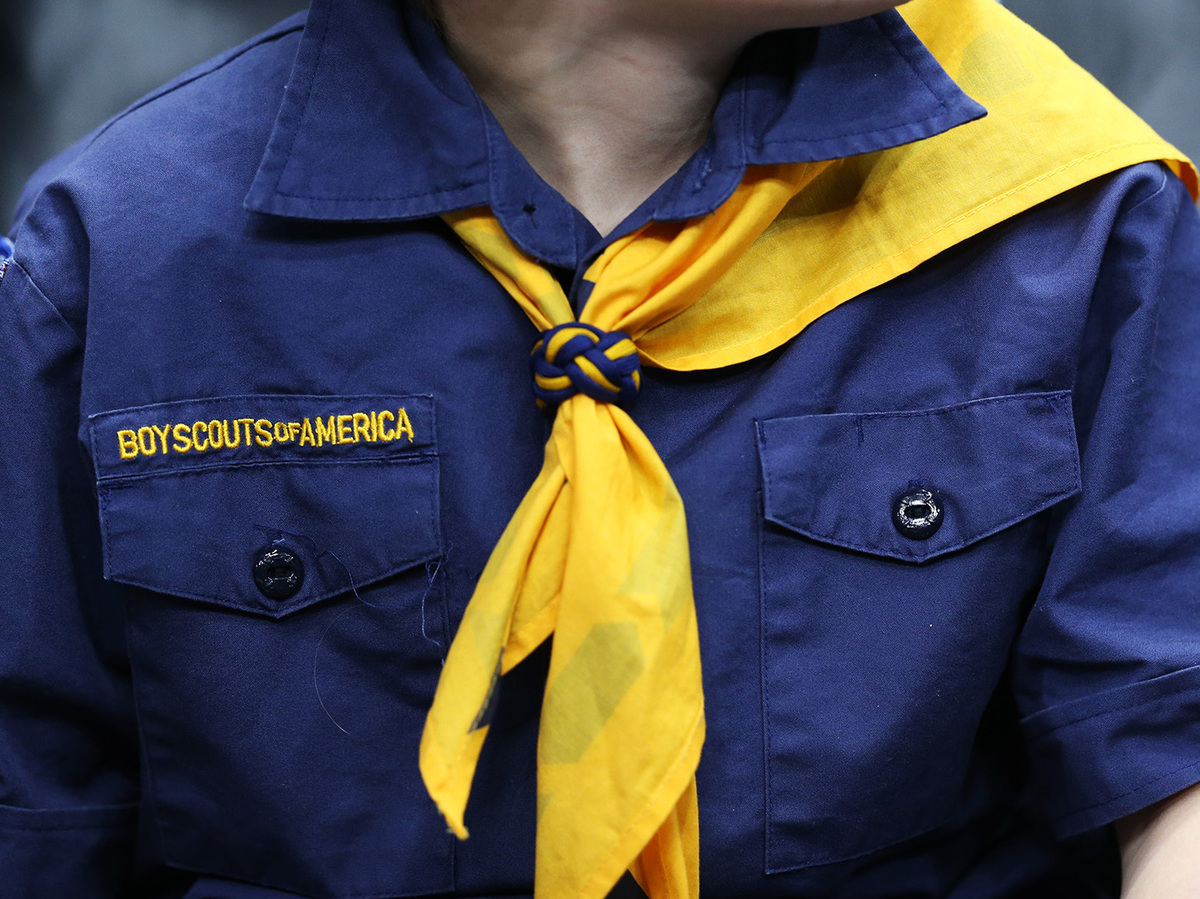 A boy scout in uniform.

The Boy Scouts of America are in the midst of a legal action that could threaten the very existence of the iconic, century-old institution. The Scouts declared Chapter 11 bankruptcy in February after thousands of allegations of child sexual abuse perpetrated by scoutmasters. The scope far exceeds the scope of American Catholic Church's sexual abuse scandal — the number of abused Boy Scout claimants is more than 88,000 men. And that number could rise before Monday's deadline to file a claim.

In the summer of 1977, Frank Spinelli was a young boy and lived on Staten Island with his mom and dad and two sisters. His parents were Italian immigrants, devoutly Catholic and eager for their children to become successful Americans. One weekend, the family went to the Staten Island Mall, where there just so happened to be a Boy Scout Jamboree.

At the mall was the scoutmaster for Troop 85, a man named Bill Fox, he was a New York City police officer. And although Spinelli was a few months shy of being old enough to join the Scouts, the officer took an interest in the boy immediately.

"He would come by. Maybe, you know, two, three times a week. Take me out," Spinelli says. "Sometimes there would be a boy in the car, sometimes there wouldn't. We would just run errands. It was, you know, kind of bizarre. He would take me to the hardware store, but nothing where I was at his house yet, it was all just 'let's go for a drive and let's just talk.' "

A tall, imposing man, Fox would show up at the Spinelli's house in his NYC police uniform. Frank's mother was thrilled, this was exactly what she'd hoped for. During their rides in Fox's truck, Fox would talk to Spinelli about sex, in a "thump-you-on-the-arm, just-us guys-talking sort of way."

"A magnet for sexual predators"

"And one day he said to me, I want you to tell your parents you're going to sleep over my house. Now, mind you, he was in his 30s at the time, and he lived with his mother. So my parents, my father drove me to his house. Bill took me upstairs. And he showed me somewhere in the Boy Scout manual where there was something about puberty."

Spinelli says Fox then instructed him, just 11 years old at the time, to take off his clothes and then Fox took off his own.

The Boy Scouts have been a magnet for sexual predators since its inception. Paul Mones in Los Angeles represents hundreds of Boy Scout victims across the country. "The Boy Scouts have been maintaining files on pedophiles starting probably around 1920. They had something called the red flag files and those were then changed to the confidential files and now they're known as the perversion files. That's the name the Boy Scouts gave them," Mones says.

It was during Mones' case in Portland, Ore., involving Kerry Lewis, a Scout who was molested in the early 1980s, that it first revealed the horrifyingly long list of Scout leaders who were sexual abusers. The part of the list that was turned over spanned 20 years, 1965 to 1985. Twelve hundred Scout leaders who'd abused untold thousands of Scouts were on it. Mones says the perversion files were the Boy Scouts' greatest and ghastliest secret.

The perversion files was an earnest attempt to keep these predator Scout Leaders out of the organization. But it was difficult to do. The men would move to another state or part of the country and start all over again. Since the Scouts weren't reporting any of this to law enforcement, there was no risk for them to try get back in. It was all a sordid mess that left the Boy Scouts legally exposed.

In civil actions over the past 10 years, two angry juries slapped the Boy Scouts of America with robust punitive damages. With the writing on the wall, last February, the Boy Scouts declared Chapter 11 bankruptcy. Effie Delimarkos, vice-president of communications at the Boy Scouts of America, says, "Well, I first, first and foremost, I want to say that we care deeply about all victims of child abuse and sincerely apologize to anyone that was harmed during their time in scouting."

Delimarkos emphasizes that millions of boys have had good, if not great experiences in scouting. She says that the bankruptcy filing serves two missions, "We did so with the dual objectives to help compensate victims for what they experienced is getting an abuse perspective. But we also did so so that we can continue the mission of scouting."

The Boys Scouts of America own huge tracts of land around the country, extensive holdings and financial investments as well as 65 Norman Rockwell paintings and other fine art. Total assets top a billion dollars. How much the Boy Scouts keep and what must be paid out will be resolved in bankruptcy court. 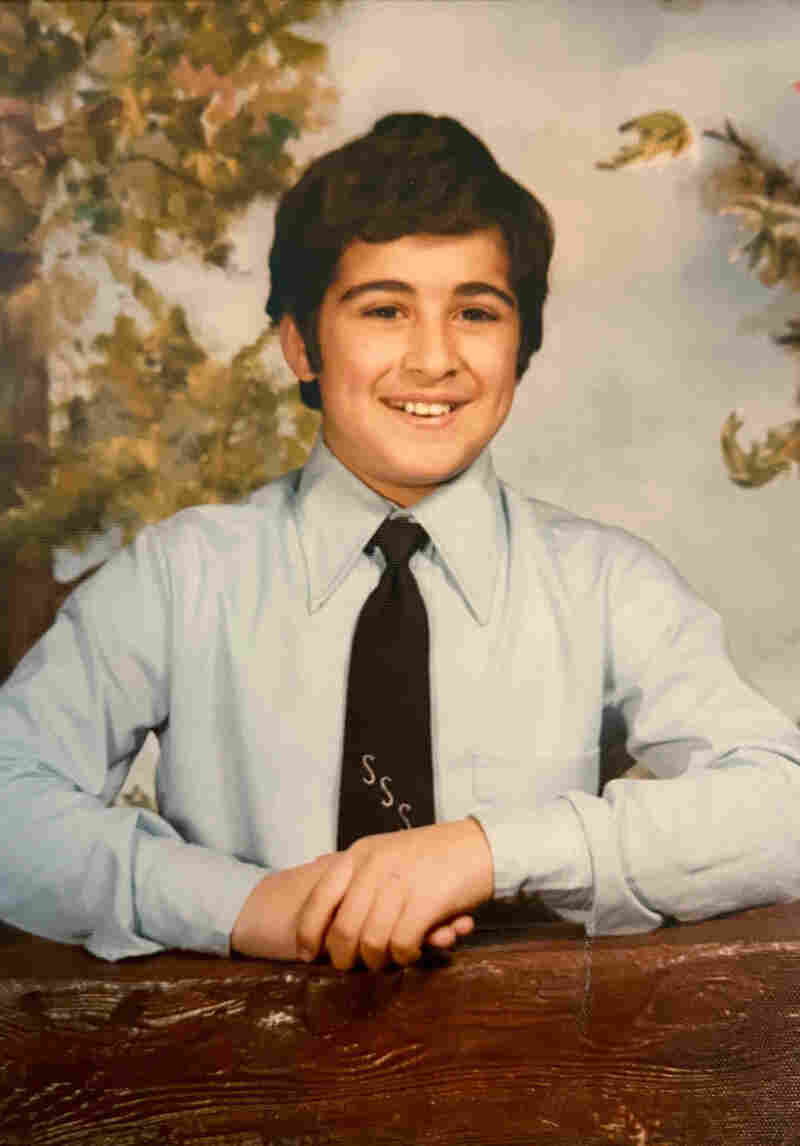 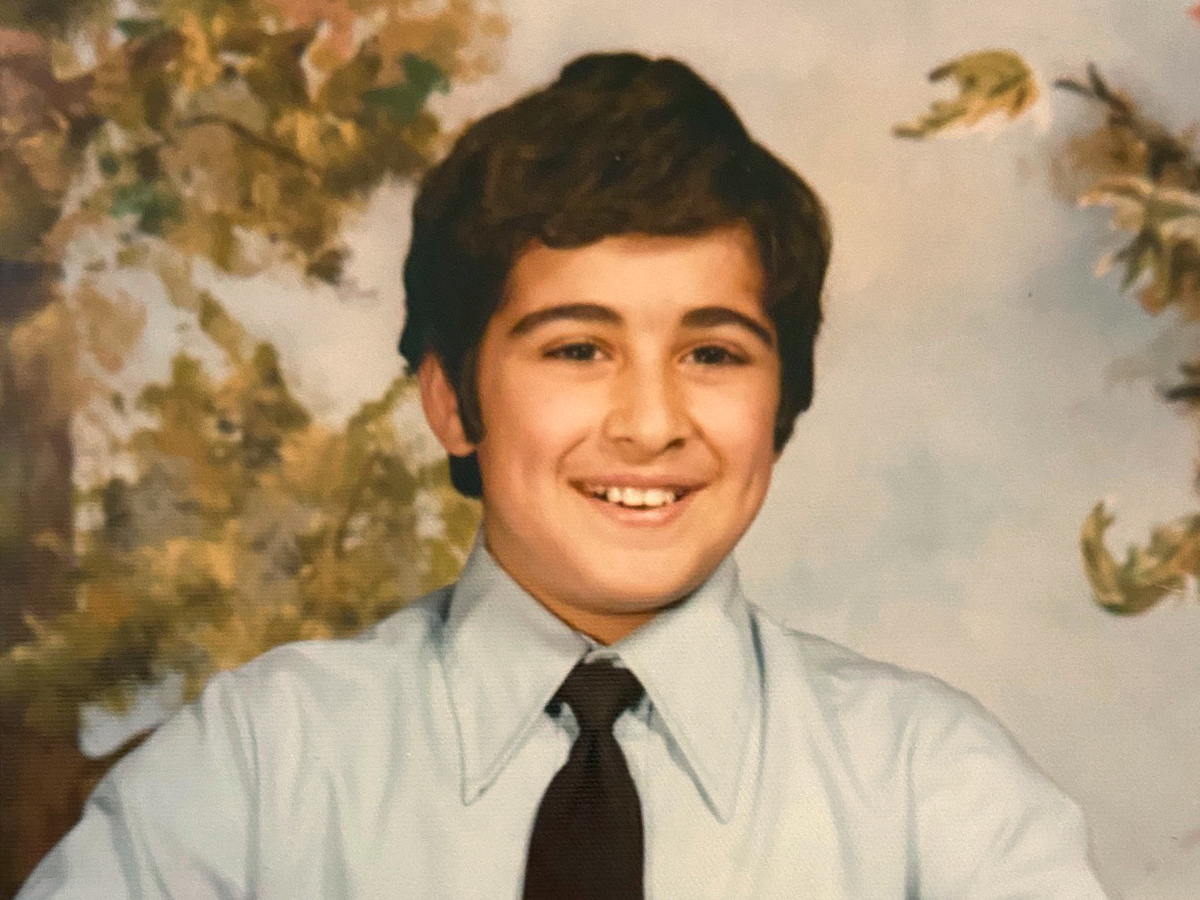 As for Spinelli who was abused by NYPD officer Fox, Spinelli says during his three years of Scouting, Fox raped him hundreds of times.

"How much money can you put on the fact that for many years I didn't talk to my parents because I blamed them? But the fact that my father died thinking I hated him. ... suicide attempts, not being able to hold down a job," Spinelli says. "And let me be very clear, it's not about the money, I'm a doctor. I'm living happily. But the only way you can change institutions is by winning awards in the court."

With 60,000 legal claimants and likely hundreds of thousands of victims who will never tell their terrible secret or have already taken it to their grave, the Boy Scout outrage easily outpaces the Catholic Church's. But there were plenty of times when the two were one in the same. A Catholic priest would also serve as the church's Boy Scout Troop Leader. Wearing vestments on one day and the Scout uniform on another, it was the perfect perch from which to prey on the parish's adolescents.

Sexual abuse lawyer Mones believes that when it comes to youth organizations, it's not just the Boy Scouts of America or the Catholic Church who are infected with this plague of abuse. "The Boy Scout bankruptcy is so immense that it does raise serious questions about the prevalence of sexual abuse in the United States in youth organizations that it is," Mones says.

"I mean, much more prevalent than we thought. And as a result as well, I think it raises questions about the mom and apple pie symbol that the Boy Scouts represent, because if you look underneath and scratch the surface of the Boy Scouts, you find the lives of hundreds of the lives of thousands of men whose souls have been torn asunder by it."

And as for Fox, he continued to abuse boys for 30 more years after he'd sexually assaulted the young Boy Scout Spinelli. Fox moved around, left New York for Florida, later back north to Pennsylvania. And that's where he was finally arrested in 2011. He pleaded no contest to abusing three boys and died in prison after serving one year of a 35-year sentence.

The person who tracked Bill Fox down and alerted the NYPD and the Pennsylvania police?

An earlier version of this story mistakenly said 12,000 Scout leaders who were abusers were on the part of the list that spanned 1965 to 1985. In fact, the number is 1,200 Scout leaders.