Accessibility links
How A Record Number Of Republican Women Got Elected To Congress The number of GOP women elected in 2020 pales in comparison with Democrats' numbers, but their increased representation may attest to the power of focused recruitment efforts. 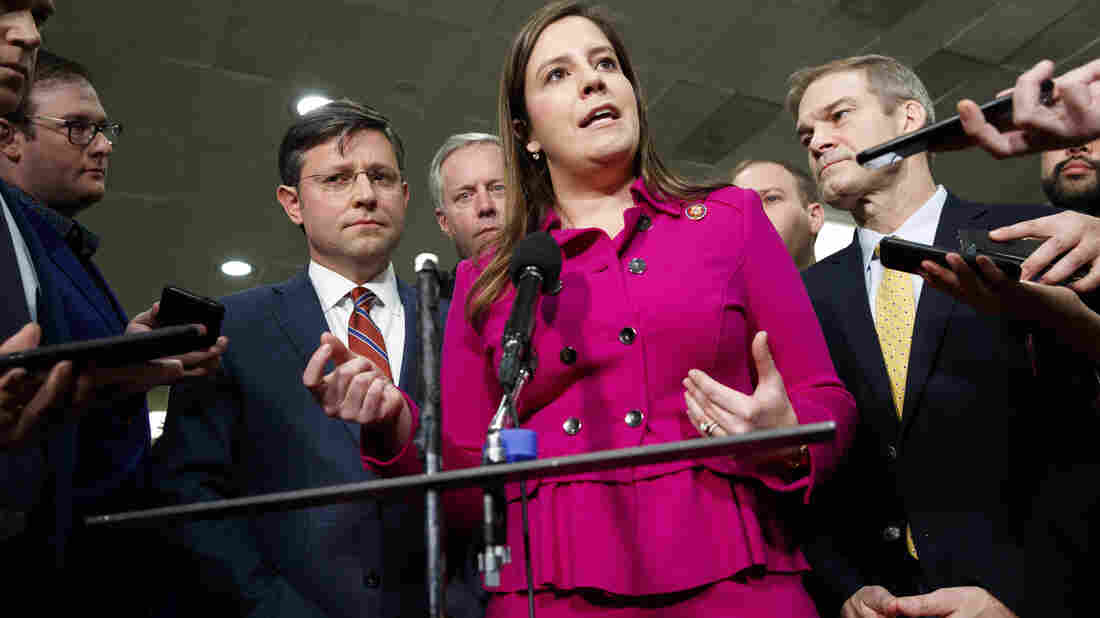 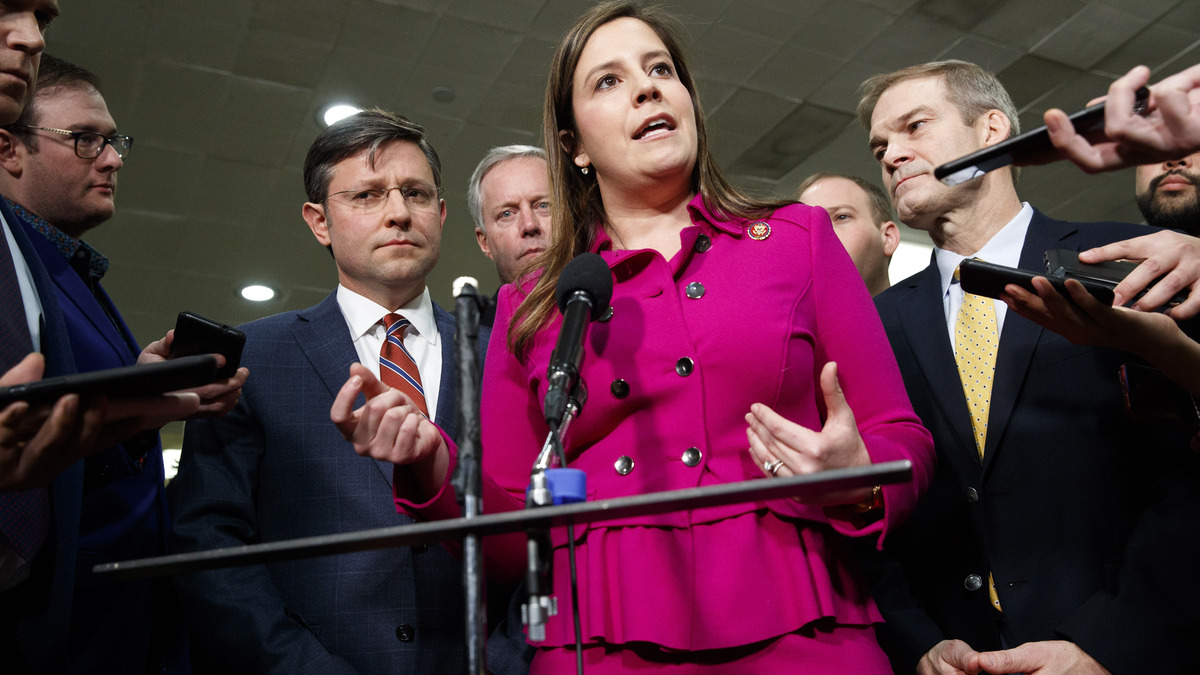 Rep. Elise Stefanik, R-N.Y., took it upon herself to help boost women's numbers in a party dominated by white men.

Minnesota's sprawling, rural 7th Congressional District has been represented by conservative Democrat Collin Peterson for 30 years. It was considered one of Democrats' most vulnerable seats going into this year's election, and the GOP flipped it when Michelle Fischbach won by 13 points.

"Whenever advice was needed, I always was able to call and talk to her about whatever kinds of bumps or things you would run into," Fischbach said. "But in addition to that, she provided fundraising and dollars to the campaign, which is so important."

Now, Fischbach is one of a record 35 Republican women who will serve in Congress next year, breaking the previous record of 30 and a sharp increase from the 13 GOP women elected to the House of Representatives in 2018.

This year's number could still grow as more races are called. The Republican Party is celebrating that as a win, just two years after Democrats had their own record-setting year electing women.

Stefanik has become the face of efforts to boost Republican women in Congress. She was in charge of recruitment for House Republicans in 2018, an abysmal year for GOP women. Among the 13 women elected to the House from the Republican Party in the midterms, there was just one nonincumbent candidate.

After that, Stefanik clashed with National Republican Congressional Committee chair Tom Emmer over whether the party should do more to boost women in primaries. Emmer told a reporter that would be a "mistake." Stefanik, for her part, focused her energy on building up her leadership PAC, E-PAC.

Her committee promoted more than two dozen candidates and gave $415,000 to Republican women, including Fischbach.

Stefanik credits the candidates with their wins, but she also feels that she played a key role.

"What I believe is different this cycle is I publicly made this a priority for the Republicans I served with in Congress," Stefanik said. "I very publicly said at the end of the midterms in 2018 that we needed to do better."

Even while setting a new record, the GOP is set to have around one-third the number of women that Democrats will have in Congress next session, according to data compiled by Rutgers University's Center for American Women and Politics.

Republicans will also have around one-tenth Democrats' number of women of color. (Those numbers may yet shift somewhat as several races have yet to be called.)

Altogether, according to the latest numbers, that means women will account for nearly 40% of Democrats on Capitol Hill, compared with less than 15% on the Republican side.

In that light, University of Virginia political science professor Jennifer Lawless explained why she thinks GOP women's success this year is important.

"​It's a big deal in that the Republicans have demonstrated that when they make some effort to recruit female candidates, they see an increase in women's representation," Lawless said. "But we haven't not known that. Since the 1980s, when women run for office, whether as Democrats or Republicans, we know that they're as likely as men to win elections."

Lawless pointed out that Republican groups like E-PAC, though growing, are dwarfed by groups on the Democratic side like EMILY's List, which recruits and promotes Democratic women who support abortion rights.

Changing candidates for a changed GOP

The crop of Republican candidates this year was different from past years, not just quantitatively but qualitatively, according to Republican pollster Christine Matthews.

That's because of longer-term partisan demographic realignment, with women — and particularly college-educated women — increasingly identifying as Democrats. It's a trend that may in fact be related to increasing polarization.

Matthews says that realignment has changed which women run and what issues they run on.

"As, increasingly, college-educated women and men are leaving the Republican Party to becoming more rural, more non-college educated, male, [and] older, one way to appeal to that type of electorate is not anymore to be the Chamber of Commerce Republican woman, but to be the Second Amendment Republican woman," she said.

Among the women who won this year are Georgia's Marjorie Taylor Greene and Colorado's Lauren Boebert, who not only ran on opposition to gun control, but have in the past expressed support for the baseless, far-right conspiracy theory QAnon. (E-PAC, for its part, lists Boebert but not Greene among its promoted candidates.)

"Identity politics" in the GOP

Promoting women politicians in particular can mean walking a tricky line in the GOP. Republican voters often say they are voting for the best candidate, regardless of gender or race.

And there were echoes of that when NPR asked Emmer, the National Republican Congressional Committee chair, if celebrating women's victories qualifies as so-called "identity politics."

"These people are not going to be great representatives just because of their gender, their race. These are people with incredible backgrounds," he said. "And I'll tell you that we wanted the best candidates. That's what we were looking for across this country."

On the other hand, while Stefanik stressed that she worked to back high-quality candidates, she also stressed that it's important for the party to try to make its lawmakers look more like the party itself. She also believes she's proven something to her party leadership.​

"I was really proud that [Minority Leader] Kevin McCarthy, [Minority Whip] Steve Scalise and many of my male colleagues embraced this effort, including Tom Emmer, who learned pretty quickly that it's important to prioritize recruitment of women candidates and nontraditional candidates," she said.

It's not clear what this will mean for how Congress legislates. Recent research has cast doubt on the popular view that women candidates are more bipartisan than men.

And while there's limited evidence that women legislators tend to focus on different issues than men, it remains to be seen what effect a bigger number of women will have on the GOP's actions. Lawmakers, like voters, vote based on party, not gender.