Accessibility links
Young Progressives Who Backed Biden Plan To Press Him For Action Activists plan to hold President-elect Biden accountable on an agenda for climate, gun control and racial justice. But a divided Congress may limit their expectations. 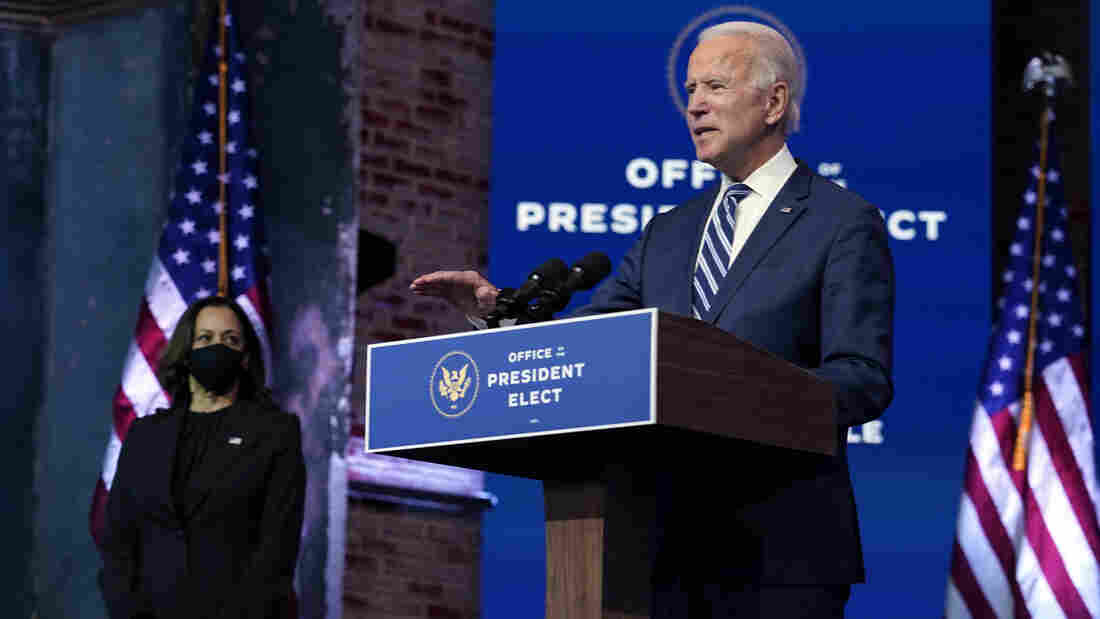 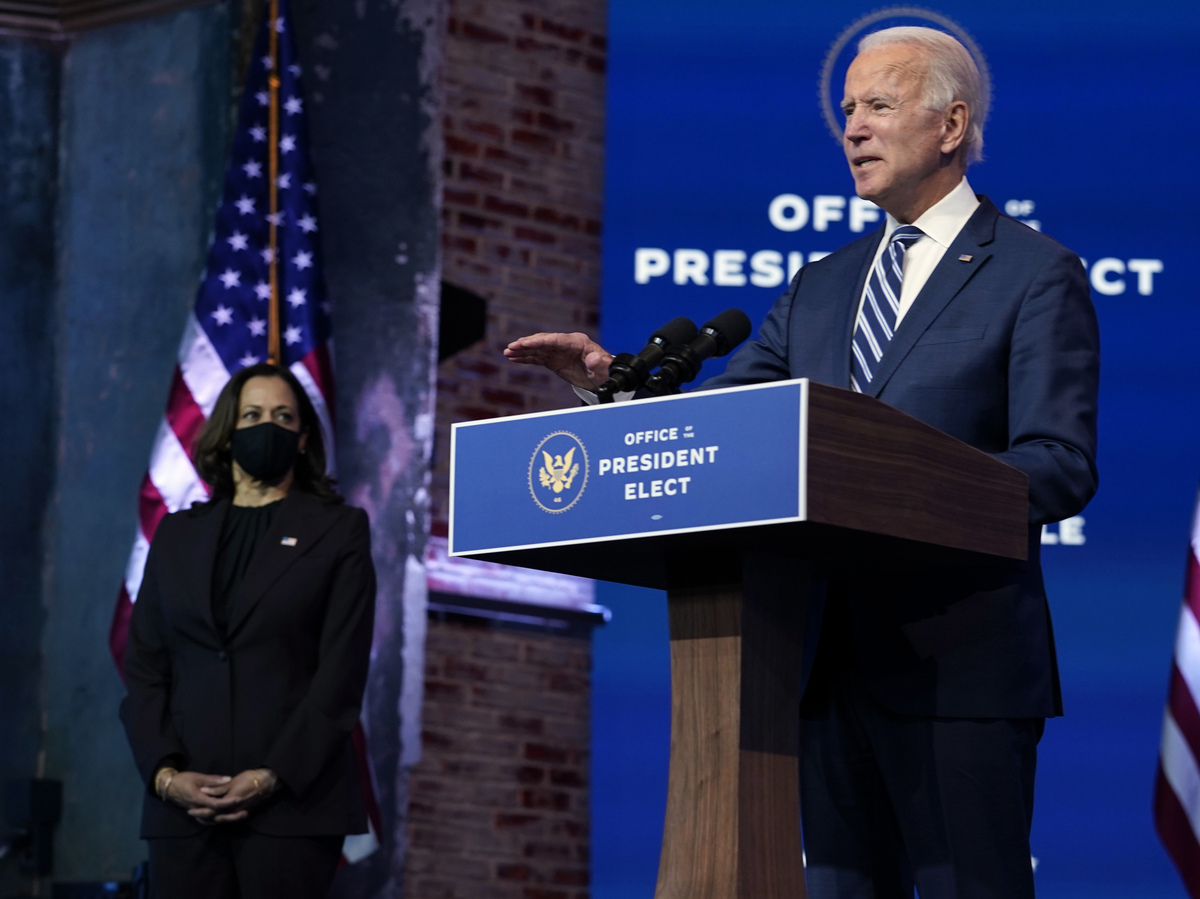 When Joe Biden addressed the nation for the first time as president-elect, he said that his victory was supported by "the broadest and most diverse coalition in history."

Now, Biden is facing high expectations from one big and especially diverse segment of that coalition — young voters who appear to have turned out for him in record numbers, particularly young progressives who now say they want to see him deliver on their priorities.

"At the end of the day, youth turnout was through the roof, and we're probably looking at, when all the ballots are tallied, the highest youth vote turnout ever," said Ben Wessel, the executive director of NextGen America, a progressive group aimed at turning out young voters, many of whom have been engaged in major social movements around gun laws, climate change and race and justice.

"I think the role of these activist movements getting young people off the streets and into the polling place, it can't be ignored," Wessel added. "Young people are coming into the fray and realizing that they have a responsibility to fix some of the problems in our country."

According to an analysis by the Center for Information and Research on Civic Learning and Engagement at Tufts University, somewhere between 50% and 52% of eligible voters under the age of 30 cast a ballot in this year's election. That analysis is based on votes counted by Nov. 9, and researchers say that number may rise. At the same point in 2016, CIRCLE estimated youth voter turnout at between 42% and 44%.

Young voters overall, according to CIRCLE's analysis, preferred Biden over Trump by a 25-point margin (61% to 36%), and young people of color were especially key to Biden's victory. While white voters under the age of 30 backed Biden by a slim margin, young people of color overwhelmingly supported Biden's campaign and were decisive in several electoral battlegrounds.

"President-elect Biden does have a mandate with young people. Most young people who voted voted for Joe Biden and Kamala Harris," said Maxwell Frost, the national organizing director of the student-led group March For Our Lives. "So we expect him to use that bully pulpit and use his presidency... to educate millions of people on our issues and set an agenda that will set the foundation for change."

There is a sense of urgency among young progressives, mixed with hope that the incoming administration will be more receptive to their issues. They've pointed to instances in which Biden has shifted left on issues like forgiving student debt and climate, as well as the joint policy task forces that Biden announced with Vermont Sen. Bernie Sanders at the conclusion of the Democratic primary campaign.

Varshini Prakash, a co-founder of the Sunrise Movement, a youth-led activist group that supports the Green New Deal, was a member of the climate focused task force. While she credits Biden with bringing young people and progressives to the table, she also said that "we can't make the same mistake that the climate movement made with Barack Obama in 2008."

"We have got to be out on the offensive on day one," she said, implying that was not the case 12 years ago.

To that end, Sunrise along with Justice Democrats, the group founded after 2016 that helped elect Rep. Alexandria Ocasio-Cortez, are already publicly exerting pressure on the incoming administration to appoint progressives to top government jobs.

The groups are calling on Biden to appoint progressive leaders like Sanders and Massachusetts Sen. Elizabeth Warren to key cabinet posts. The groups also want the incoming administration to create a "White House Office of Climate Mobilization" to coordinate action across the federal government.

The public pressure campaign on the incoming administration and push for accountability comes as these young progressives are reckoning their hopes for a Senate majority, an outcome dependent on winning two Senate runoff elections in Georgia in January.

It's not yet clear how far Senate Republicans would be willing to go to derail Biden Cabinet picks viewed by members of the GOP as too far left. The landscape for passing sweeping legislation will be equally challenging. But Prakash said that even if Republicans retain control of the Senate, Biden must still be accountable to the groups that helped deliver him the White House.

"We've also got to be clear with Joe Biden that even if he doesn't have the Senate, that is not an excuse to not do everything in his power to address the climate crisis," she said.

Others acknowledged that the ambitious policy goals, appointments and judicial nominations many progressives had been hoping for, had there been sweeping victories for Democrats up and down the ballot, may well be out of reach.

Wessel, the executive director of NextGen America, warned that if the Biden administration does not pursue progressive priorities, there's a risk that a generation of young people who have been spurred to civic action may become disengaged.

"While we know the Biden administration can do a lot with the power of the pen on Day 1, and a lot of it is about restoring some of the Obama-era policies, if that's the end of the pushing, you're going to demotivate young people for a decade," he said. "So Day 1, great, bring back all the Obama stuff. Day 2? Time to be bold."