Accessibility links
Inside The World Of A Jordanian Nurse Doing Essential Work In The Pandemic A nurse in Jordan struggles to care for her own children and parents while staying free of COVID-19 while she treats patients infected with the virus. 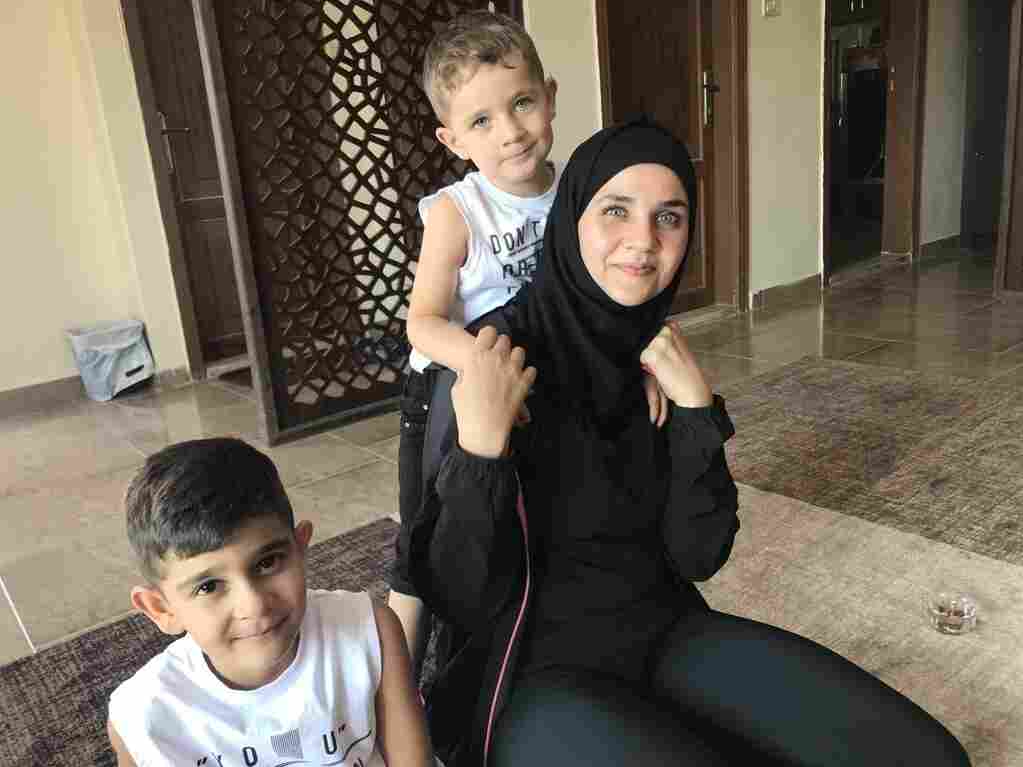 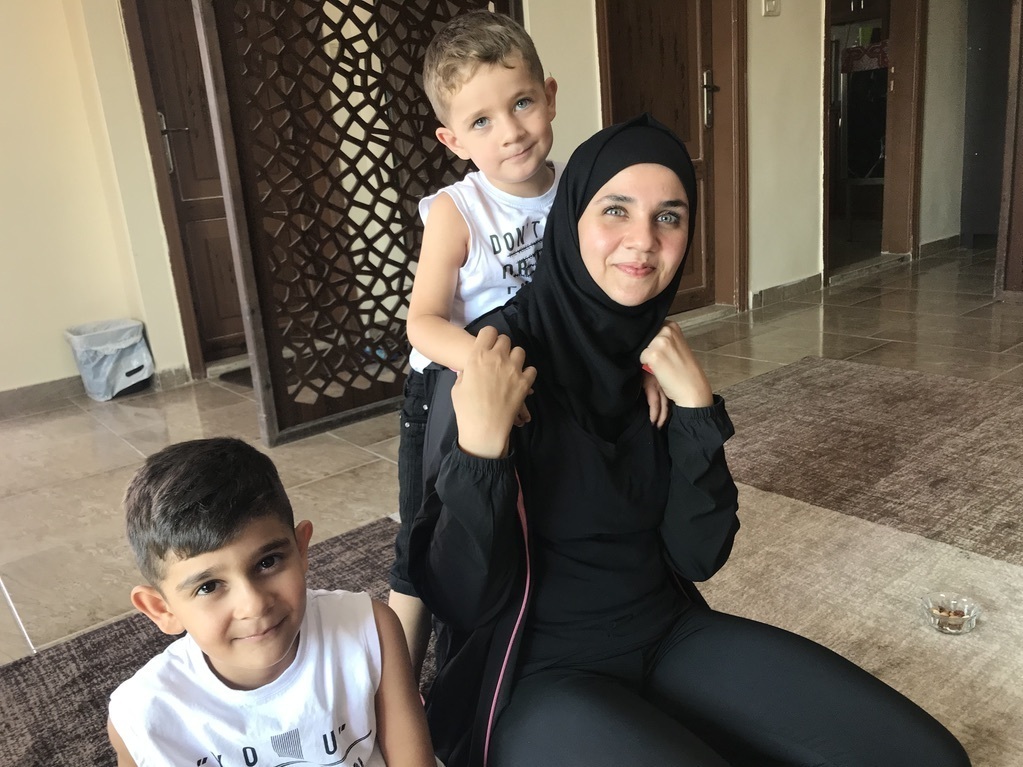 Samah Ibrahim Tanieub at home with her sons, Eyan, 5, and Rayan, 7 (left). Taniub is a divorced single mother working in the isolation ward of Amman's main COVID hospital.

Samah Ibrahim Tanieub is at home on break between nursing shifts in the Jordanian capitol, Amman – two weeks on the COVID-19 isolation ward and then another two weeks in quarantine before she can come home.

The long shifts are particularly difficult for Tanieub because she's a divorced single mother with four children, the youngest just five years old. The work doesn't pay more than her regular salary of about $650 a month but she volunteered for COVID-19 duty and says she loves her job as a nurse.

Her routine at work now includes putting on an N-95 mask, a double layer of gloves, protective overalls and eye goggles that leave sweat running into her eyes. But she is known for her engaging bedside manner – so much so that thank-you letters from her patients prompted a public thank you from Jordan's health minister.

"Sometimes you know patients are depressed and under stress – they're in a room for 16 days – and lonely," says Tuneiub, 33. "I talk with them and joke with them. I say think of me like your sister, or your daughter. If you want anything I am here."

In Jordan and other Arab countries, many conservative families look down on nursing as a profession for their daughters because it requires contact with strange men and working nights. But the pandemic is beginning to change that perception.

"Many, many people say 'thank you for working with corona patients' even on the bus," Tuneiub says. "I feel very good inside. It helps me respect myself also."

For poor families like Tuneiub's, nursing can be a step up. Tuneiub's mother, Helima Deeb Salam, takes care of the children when her daughter is at work.

Salam pushed Tuneiub to get married at the age of 15 – to a man almost twice her age – but says she now realizes she was wrong. A few months after the marriage, Salam helped her daughter re-enroll in tenth grade, hiding the fact she was pregnant.

Tuneiub graduated with a 98 percent average. She worked through high school and college to pay for her studies.

Her mother, who had dreamed of becoming a nurse herself, says her daughter has made her proud. And Tuneiub says she has no regrets about working in the COVID-19 ward.

"Nurses all over the world work with these patients," she says. "If I don't do it, who will?"