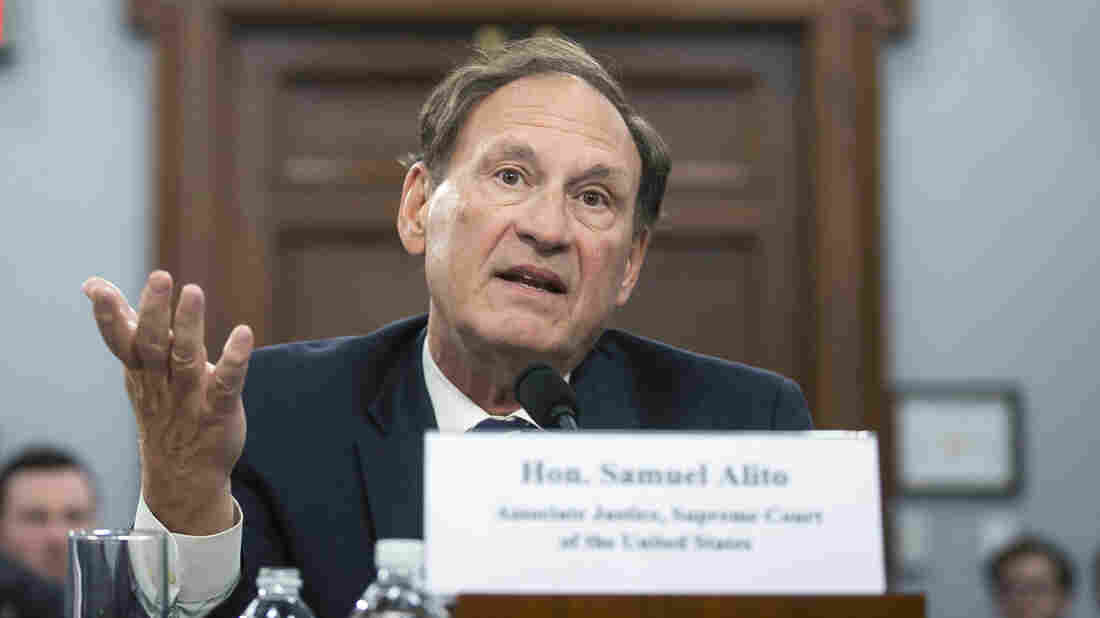 Justice Samuel Alito speaks at a hearing last year on Capitol Hill. "We have never before seen restrictions as severe, extensive and prolonged as those experienced for most of 2020," Alito said in a speech this week to the Federalist Society's National Lawyers Convention. Al Drago/Bloomberg via Getty Images hide caption 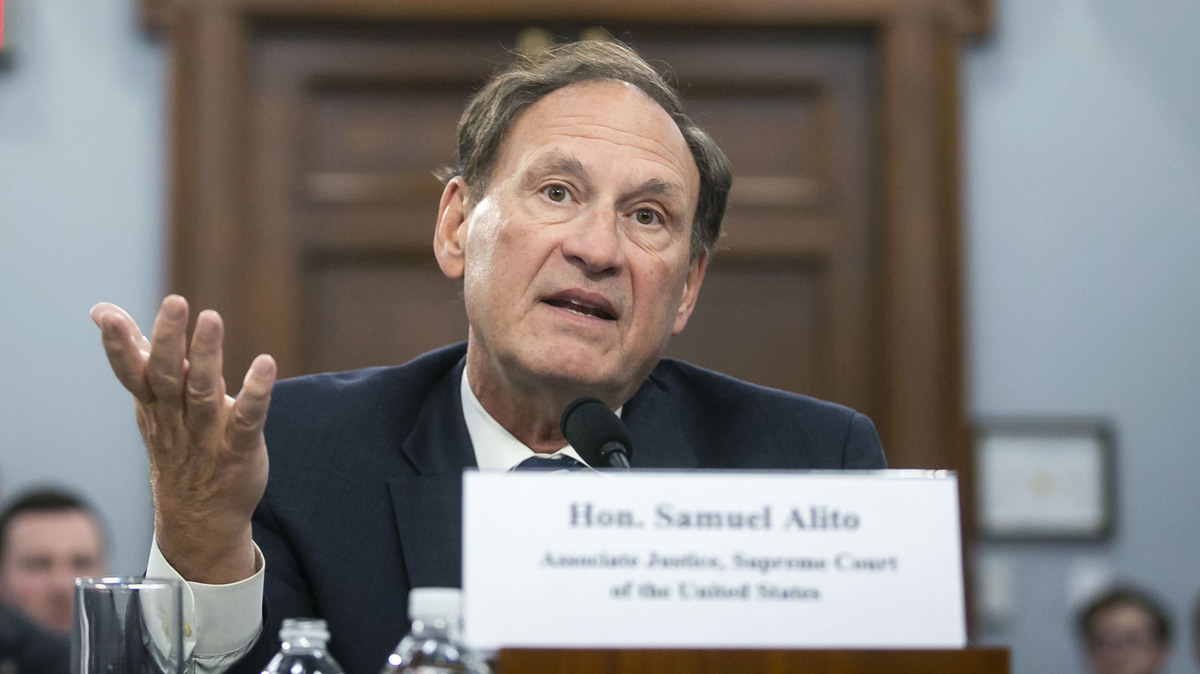 Justice Samuel Alito speaks at a hearing last year on Capitol Hill. "We have never before seen restrictions as severe, extensive and prolonged as those experienced for most of 2020," Alito said in a speech this week to the Federalist Society's National Lawyers Convention.

Alito's remarks came Thursday in a keynote speech at the Federalist Society's annual National Lawyers Convention, which is being held virtually this week. The event's theme is to examine how the coronavirus is affecting the rule of law.

He cautioned that his statements shouldn't be taken as a judgment on whether numerous coronavirus restrictions reflect good public policy.

"All that I'm saying is this, and I think it is an indisputable statement of fact," the justice said. "We have never before seen restrictions as severe, extensive and prolonged as those experienced for most of 2020."

"Think of all the live events that would otherwise be protected by the right to freedom of speech," from lectures and meetings to religious services, Alito said. He also noted that the pandemic has affected access to the courts and the constitutional right to a speedy trial.

"The COVID crisis has served as a sort of constitutional stress test," Alito said. "And in doing so, it has highlighted disturbing trends that were already present before the virus struck."

The Supreme Court justice then ran down a list of examples that, in his view, reflect shifting attitudes toward long-held rights in the United States.

First on the list was what Alito called "the dominance of lawmaking by executive fiat rather than legislation" – actions that he said range from agencies' broad use of regulatory power to the use of executive discretion to impose sweeping restrictions in the name of fighting a pandemic.

Alito later cited a legal case in Nevada, saying the governor's emergency orders in that state have given leeway and support to casinos hosting gamblers at up to 50% capacity while forcing houses of worship to cap their attendance at 50 people.

"Take a quick look at the Constitution," Alito said. "You will see the free exercise clause of the First Amendment, which protects religious liberty. You will not find a craps clause or a blackjack clause or a slot machine clause."

"It pains me to say this, but in certain quarters, religious liberty is fast becoming a disfavored right," Alito said. He ran through several religion-related Supreme Court rulings, including the Little Sisters of the Poor (over providing birth control to employees) to Masterpiece Cakeshop in Colorado (over the refusal to make a wedding cake for a gay couple).

"He candidly wrote, quote, The culture wars are over; they lost, we won," Alito said.

He went on to quote from Tushnet's much-discussed stance that "[m]y own judgment is that taking a hard line ('You lost, live with it') is better than trying to accommodate the losers. ... And taking a hard line seemed to work reasonably well in Germany and Japan after 1945."

Alito went on to quote Bob Dylan: "Is our country going to follow that course? To quote a popular Nobel laureate, 'It's not dark yet, but it's getting there.' "

The justice described what he called a "growing hostility to the expression of unfashionable views." As an example, he cited the Supreme Court's landmark shift on same-sex marriage.

"You can't say that marriage is a union between one man and one woman," Alito said. "Until very recently, that's what the vast majority of Americans thought. Now it's considered bigotry."

Protecting freedom of speech will be one of the Supreme Court's greatest challenges, Alito said.

"Although that freedom is falling out of favor in some circles, we need to do whatever we can to prevent it from becoming a second-tier constitutional right."

Alito also called out a group of Democratic senators who weighed in on a gun-rights case in New York, saying they had attempted to bully the Supreme Court. The group filed an amicus brief calling the court "a sick institution" that might need to be restructured. Alito said he viewed it as "an affront to the Constitution and the rule of law."