Accessibility links
A U.S. Army Chaplain, Deployed In His Own Country, Honors Pandemic Victims For StoryCorps, Army Maj. Ivan Arreguin remembers being deployed to New York City at a heart-wrenching moment of the coronavirus crisis this past April. 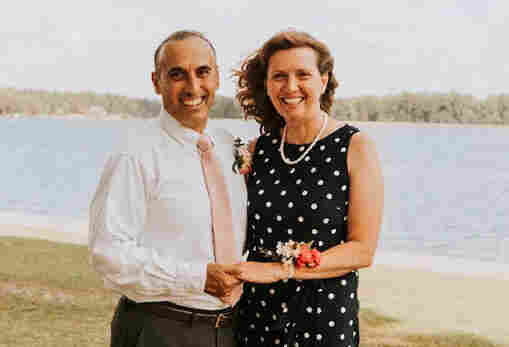 Army Maj. Ivan and Aileen Arreguin at their son's wedding in Sanford, N.C., in June. The Arreguins are stationed in Fort Hood, Texas. Courtesy of the Arreguin family hide caption

As an Army chaplain, Maj. Ivan Arreguin has seen many overseas deployments during his military career. But earlier this year, his medical unit, along with others, were deployed to New York City during the height of the area's coronavirus pandemic.

Using StoryCorps Connect last week, Ivan told his wife Aileen about what it was like to be stationed in New York City from April to June.

"I remember nurses, doctors just began crying, saying 'Thank you for coming,' " he recalled. "They were working long hours, dealing with so much death. They would pull me aside as I would make my rounds and I would listen to them and then pray for their strength."

Ivan was stationed at the Javits Center in Manhattan but also visited other hospital sites in the area and in the Bronx, where he provided medical and pastoral care.

In his role as brigade chaplain Ivan supervised three other chaplains and religious support teams in the city.

When his superior, the sergeant major, told Ivan that a veteran had died of COVID-19, he asked Ivan, as a fellow veteran and chaplain, if he could preside over the memorial ceremony.

"Now mind you, none of us knew him," Ivan said. "Never saw a picture of this individual. And yet, we understood that there was a bond between him and us." 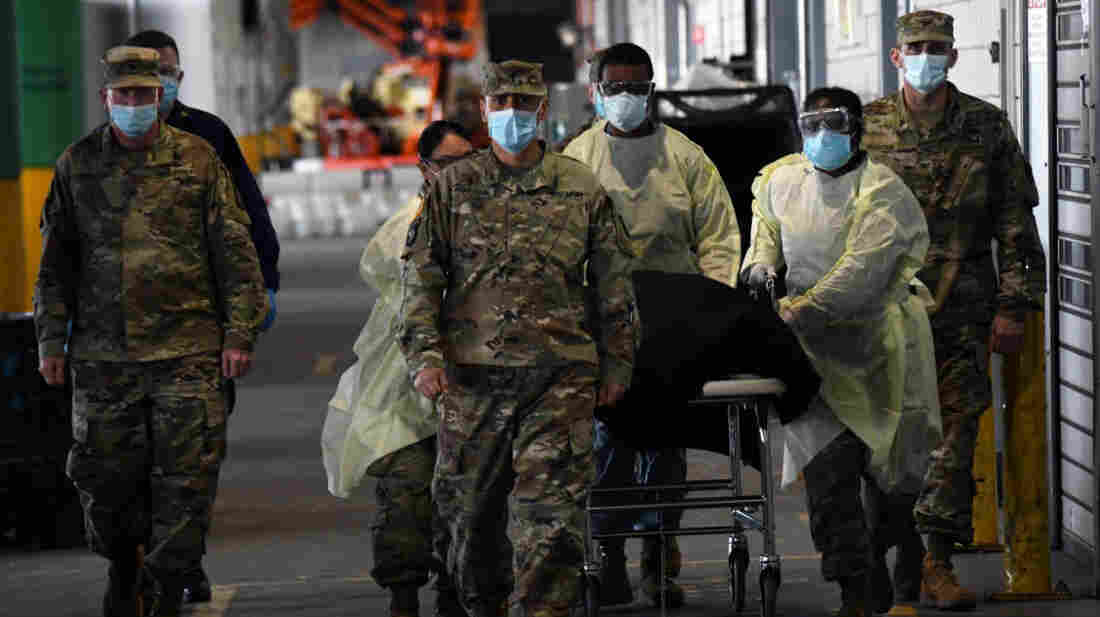 Army (Chaplain) Maj. Ivan Arreguin and other soldiers escort the remains of a veteran who died from COVID-19 while being treated at the Javits New York Medical Station, in New York City, in April. Photo by U.S. Air National Guard Maj. Patrick Cordova hide caption 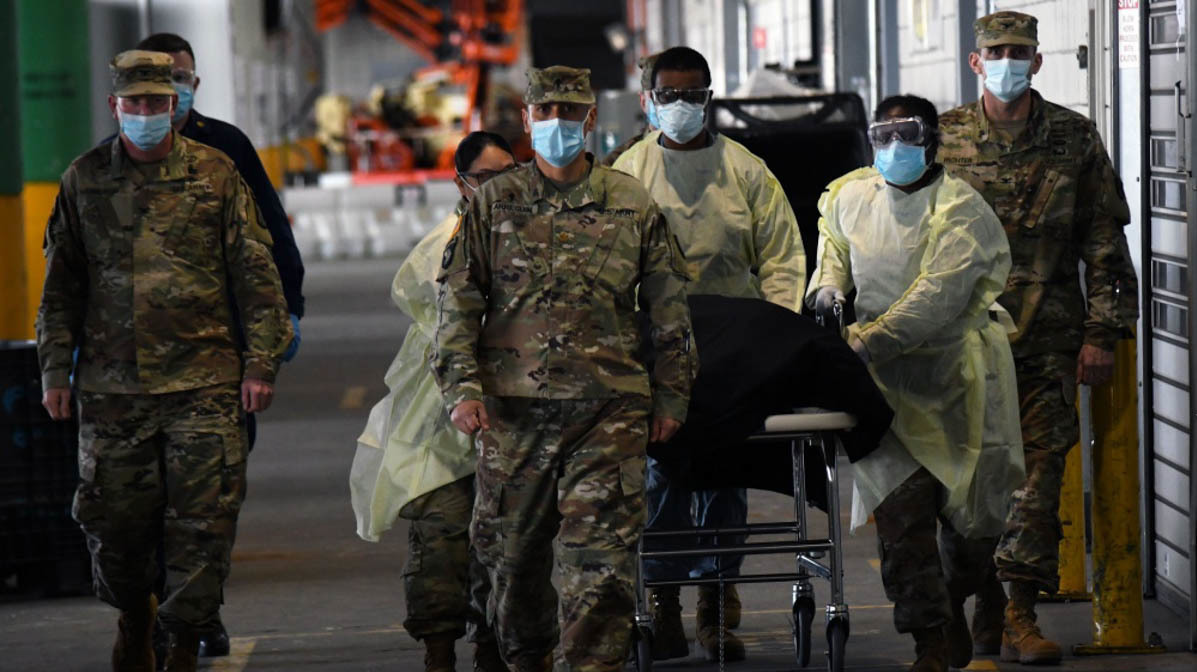 Army (Chaplain) Maj. Ivan Arreguin and other soldiers escort the remains of a veteran who died from COVID-19 while being treated at the Javits New York Medical Station, in New York City, in April.

Ivan remembered the scene that followed: Soldiers pulled the man's body out of a refrigerated trailer — a makeshift morgue — near the Javits Center. The body was in a black bag. Soldiers stood at attention as Ivan led the military escort to a nearby hearse.

"I had a word of prayer, and nobody moved until the hearse was already out, moving away," he said.

One day, when the coronavirus is no longer a serious threat, Ivan hopes to return to New York.

Declared Dead At War, He Returned Alive To Find His World Had Moved On Without Him

"As a chaplain, I took an oath to respond to the needs of my nation: to care for the wounded, nurture the living and honor the fallen — honor the dead," he said. "I just wonder what it's gonna feel like to walk down those streets and say, 'Man, I was here when this happened.' And I'm thankful that I was given that opportunity to serve my nation that way."

Audio produced for Weekend Edition by Sylvie Lubow. NPR's Emma Bowman adapted it for the Web.