Accessibility links
Review: 'Dash & Lily' Might Be This Year's Best Holiday Romance The Netflix adaptation of a novel about a couple of teenagers who communicate by writing in a shared notebook is a well-made limited series with old-fashioned appeal. 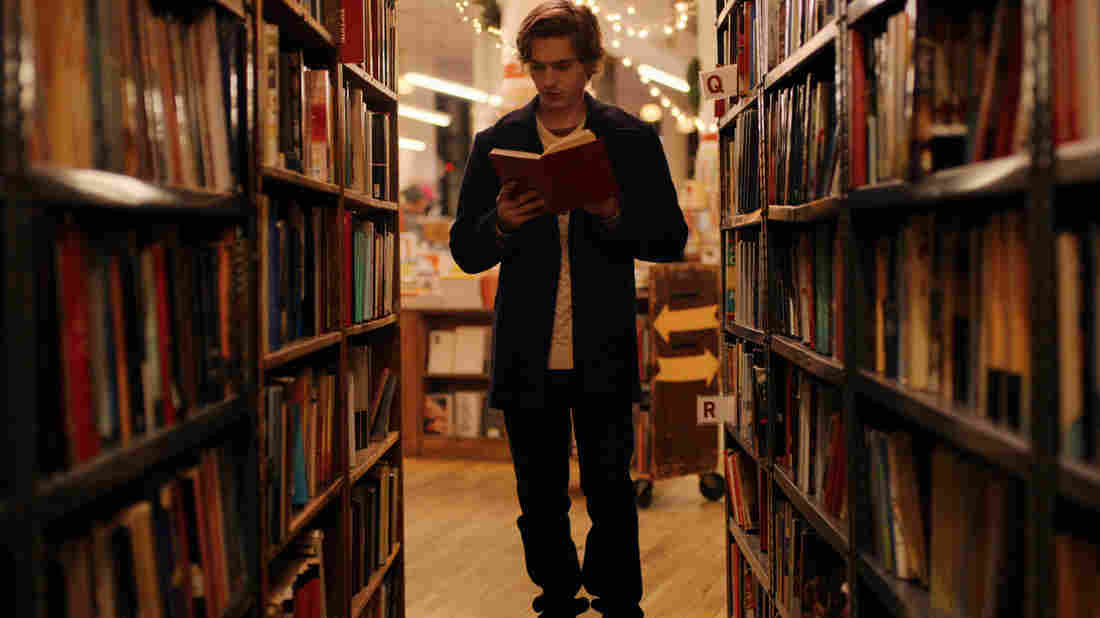 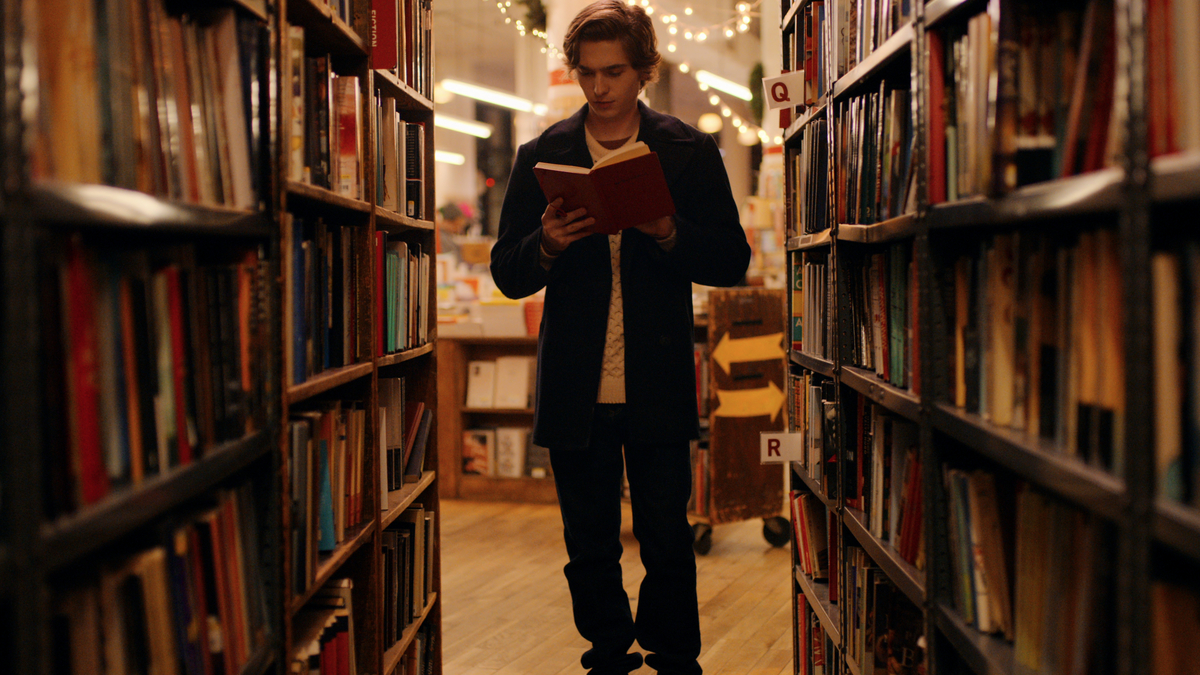 Austin Abrams plays Dash, one of the book-loving leads in Netflix's Dash & Lily.

To say there are many new holiday romantic comedies made for television every year is the kind of understatement that borders on parody. One of the reasons they tend to be formulaic is that to tell a love story in roughly an hour and a half without challenging an audience's settled expectations, there are only so many ways to go with the rhythm. Perhaps that's why Netflix has better luck with Dash & Lily, an eight-episode limited series that's got the sparkle and the swoon that a lot of holiday films lack.

Dash is played by Austin Abrams, a flopsy-haired Chalamet-ish charmer who's previously popped up on Euphoria and The Walking Dead. Lily is played by Midori Francis, who's been on Younger and in Ocean's 8. They're both in their mid-twenties, but they're playing high-schoolers here. He's a self-described loner who likes to correct bookstore clerks about having incorrectly shelved Gabriel Garcia Marquez under "M" instead of "G"; she's a shy romantic who's never gotten over the middle-school slights that convinced her she was weird. They're both (mostly) alone at Christmas — Dash because he didn't want to be with either of his traveling divorced parents, so he told each he'd be with the other and stayed at home in New York by himself (apparently his parents do not communicate at all); Lily because her parents jetted off to Fiji, leaving her with her older brother.

Our story begins when a lonely Lily leaves an intriguing note in a book on the shelf at The Strand (which gets perhaps the best publicity in the whole movie), hoping a stranger will embark on an adventure with her. Dash finds it and reads it, and he accepts its challenge. Thus begins a correspondence in which they each write in the book and then leave it somewhere for the other, so that they never meet in person, but they get to send each other to their favorite places, sometimes to complete dares before the book can be retrieved. Now, you do not want to think too carefully about this — the idea that Lily's original clue would be found by an age-appropriate straight boy who likes mysteries and looks like he was born to be in YA adaptations almost as much as she does is the height of Christmas magic, so just inhale some gingerbread fumes and go with it.

While much of this story is relatively predictable in its shape — they will be nervous about meeting in person, feelings will get hurt, obstacles will appear, those feelings will heal — the fact that it's a series rather than a film makes it possible to build out the worlds they both live in, which is always one of the best ways to make a romantic comedy work. Lily's brother has a story of his own, as he meets a guy he likes and tries to figure out how serious, exactly, he wants to be. Dash eventually must deal with the deception he's pulling on his parents, and then must decide what he wants to do about those damaged relationships. They both have things going on in their lives besides romance — she, in particular, is quite an affecting version of the very shy teenager who's just about frozen herself in place when it comes to her social life.

The supporting cast has some real ringers in it — how can you not love to see James Saito as Lily's grandfather? Or Patrick Vaill, who played Jud Fry in the recent Oklahoma! production on Broadway, showing up as that grumpy bookstore clerk with whom Dash clashes? There are a few ways in which this series is what you might describe as "better than it needs to be": better cast, better filmed, better designed. Whatever the music budget was, it must have been hefty indeed, given the presence of everything from Joni Mitchell's "River" to "Fairytale of New York" by The Pogues, plus an appearance by The Jonas Brothers (Nick Jonas is a producer).

These eight episodes, each around 25 minutes, never drag; they fly by with tinsel fluttering behind them. A character like Dash — that bookstore nitpick! — could easily be insufferable, but they keep him mostly awkward and very devoted to his correspondence with Lily. And she, as played by Francis, is adorable without being too cutesy, full of hope but very nervous, too. The ending, as is often the case with love stories, sort of lands with a cloud of glitter, a little messy but worth cheering for. It's as lovely and cozy as you could want, just about perfect for a weekend with a blanket over you.