Accessibility links
Comic Chelsea Peretti Plays 'Not My Job' On 'Wait Wait... Don't Tell Me!' You may know Peretti as self-involved administrator Gina Linetti from Brooklyn 99. Her latest film is called Friendsgiving. 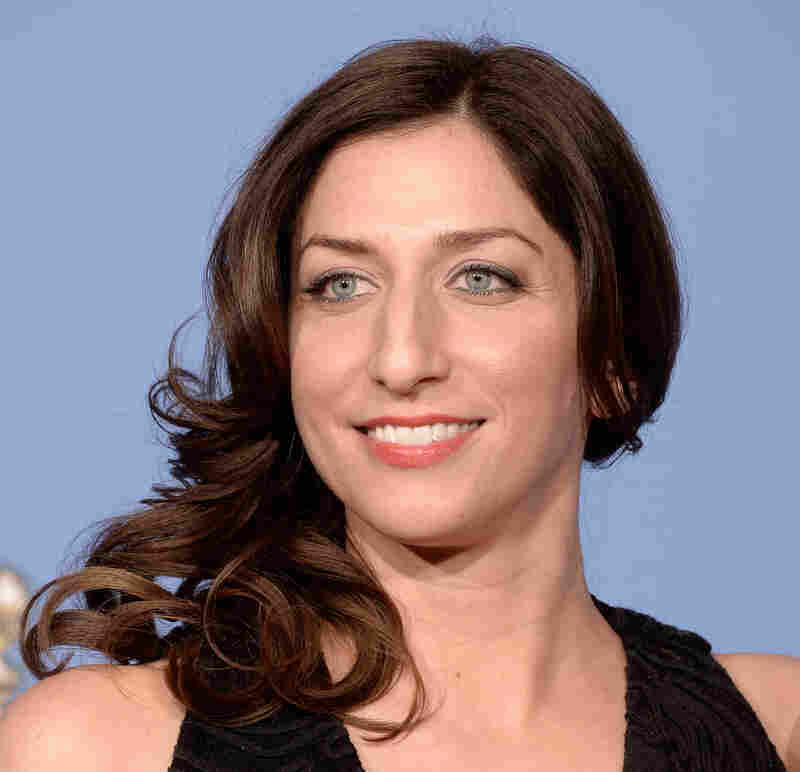 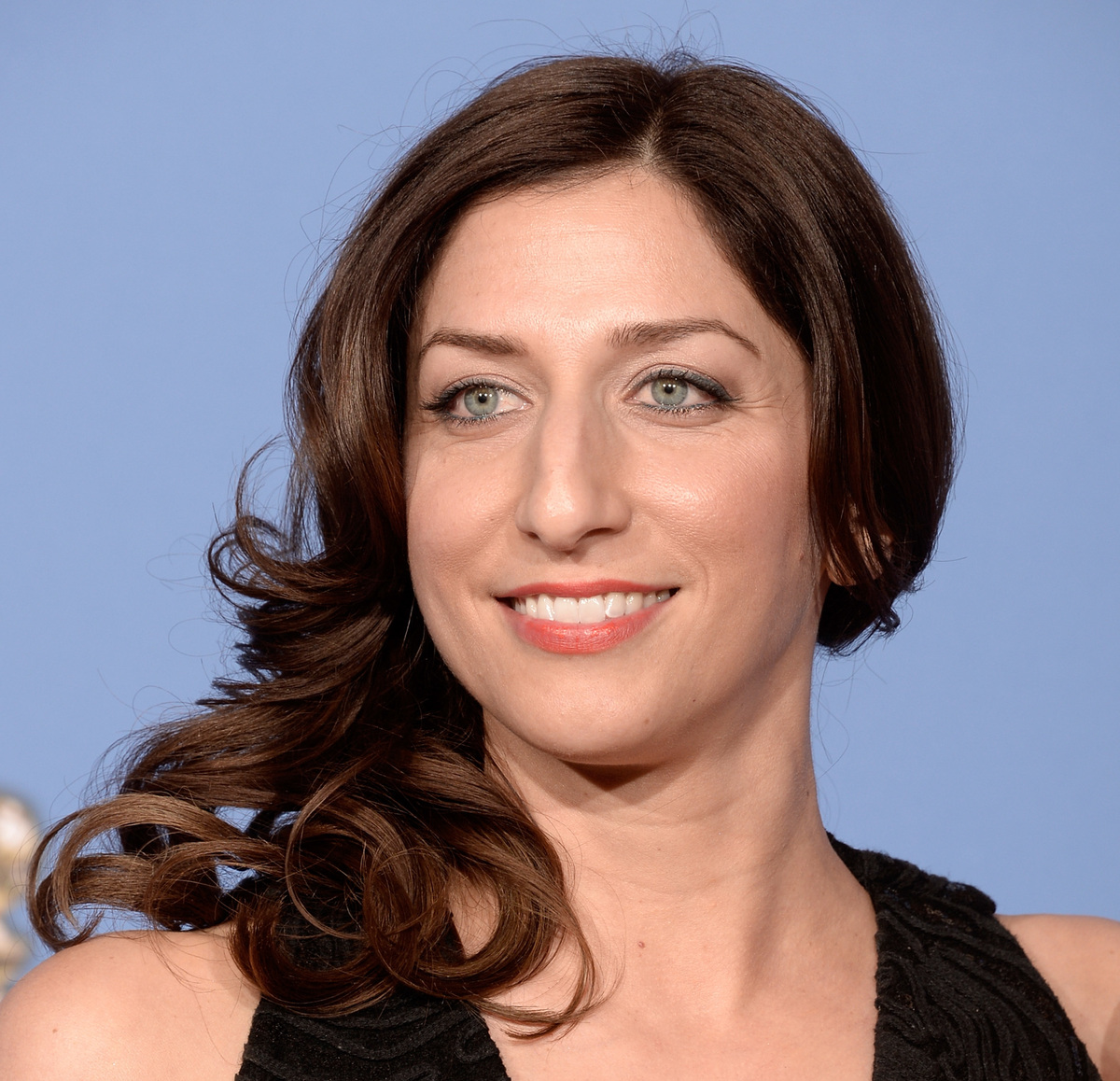 And now the game where we invite people we like on and make them play a game we hope they love. It's called Not My Job. Chelsea Peretti is a comic, writer and actor who you probably know best from her six-year run on "Brooklyn Nine-Nine" as the self-involved administrator Gina Linetti. She's got a new film out called "Friendsgiving," and she joins us now.

CHELSEA PERETTI: Thank you very much. Thanks for having me.

SAGAL: You know, I found out something that I didn't know about you, which is - in the "Brooklyn Nine-Nine," a show you were on for many years and have left, your character had grown up with Andy Samberg's character.

SAGAL: And it turns out that you actually grew up with Andy Samberg.

PERETTI: I myself did, yes. We went to elementary school together.

SAGAL: Right. And I'm assuming of the two of you, you were the funny one.

PERETTI: You know, I feel like I was unfairly typed as weird. And...

PERETTI: All right. Well, listen - you ask those freaking children to define weird, you know?

PERETTI: I myself - that's not how I self-identified, you know? I just...

PERETTI: ...Shared my thoughts as they came to me. But yeah.

SAGAL: Was there a moment - for example, I know Alonzo was - when he was working as an airplane mechanic, he was, like, making his colleagues laugh. And he decided, maybe I should go try it for a living. Was there a moment when you decided that you were going to be a comic?

PERETTI: I would love to hear the, like, inside baseball of airplane mechanics. Like, I want to hear what those jokes were.

ALONZO BODDEN: Chelsea, you would not fly again if you...

PERETTI: Oh, my God. That's terrifying. This is exactly what I wanted, though.

PERETTI: I forget what the question was. I was so titillated by airplane mechanic humor.

PERETTI: And the answer was yes.

SAGAL: What was the joke?

HAUSMANN: Now as a mom, I get it. You watch your kid experience things because you're, like, oh, look. You're experiencing this. And you're watching them. It's, like, you get so much pleasure from seeing your kid enjoy something. So maybe it wasn't as creepy as it felt. Or maybe it is.

SAGAL: I watched your Netflix special the other night, one of the greats, and it was hilariously funny. But it also - in addition to having a lot of great jokes, it had a lot of jokes about one-hour comedy specials.

SAGAL: And I actually started to wonder, do you like one-hour comedy specials on, you know, streamable (ph) TV?

PERETTI: That's a great question. Not really. A lot of them I don't. I mean, I'd always - almost always rather watch a great comedy movie than an hour of stand-up.

SAGAL: One of the things that you do was you play around with audience shots. Sometimes...

SAGAL: ...The audience seems to be your actual audience enjoying your comedy. And, sometimes, it's not - or at least, it's unexpected. For example, there was one shot to what looked like an elderly Italian man eating a hard-boiled egg.

PERETTI: Yeah (laughter). And the funny thing is, well, you know, yes, as a comedian, I've always hated a lot of aspects of stand-up specials. They don't always really capture the experience of what an amazing night in stand-up is. But a lot of them - the production is trash. There's a few producers who make stand-up specials, and they have cornered the market. They make - like, they churn them out. They produce them all exactly the same.

They always have reaction shots that, like, people look confused or disappointed when someone's told a joke. You're, like, why would you include that?

PERETTI: And, you know, just strange people. And so I just wanted to accentuate that. And, you know, including there's a clown version of myself in the audience and...

PERETTI: ...The side of the stage.

SAGAL: You were on an extremely successful and great TV show, "Brooklyn Nine-Nine," for six seasons, if I'm not mistaken.

SAGAL: And you left the show, which is not something that people usually do, but you did. And can I ask what did you leave it to go do?

PERETTI: I left it - well, I guess what I have done since the show is I wrote a movie, and I made (laughter) an album about coffee. I made a concept album all about coffee.

MAEVE HIGGINS: Chelsea, every time I have coffee, I think about this song from your podcast from years ago about (singing) coffee crankin' through my sys.

HIGGINS: And I'm embarrassed to be, like, talking about it to you right now, but it is so funny and brilliant. And yeah, I want multiple albums.

PERETTI: I could absolutely bury you in more coffee songs.

SAGAL: So wait a minute. I understand this correctly - and this is all new to me, and I apologize. So you had a podcast, which I did know about.

SAGAL: And on the podcast, you performed a song about coffee.

PERETTI: Yeah, well, you know, my - the producer that worked with me - Kool Kojak is his name - he - I used to send him audio. When I was on the road doing stand-up, I would drink coffee anywhere. Any city I went through, I would get my coffee. Then I'd get really hyper, and I'd, like, freestyle sing, like, a cappella into my phone and send him music. And he would turn it into songs that sounded actually pretty polished because he's a real music producer. And we would put them on the podcast.

And somehow, we were, like, we should make an entire album. We're, like, we'll just slap it together in, like, two weeks, and we'll submit it for a Grammy because it'll be funny. And then you cut to eight months later. I'm, like, pacing back and forth and we've got, like, music lyrics all over his entire studio. And, like, you know, it just turned into this crazy rabbit hole, and it was so creatively fulfilling. I wouldn't take it back for the world. But it is this - a very bizarre way to have spent the year leading into a pandemic lockdown because...

PERETTI: ...Waiting in line to get coffee, and you want oatmilk.

SAGAL: What is your favorite coffee drink?

PERETTI: Well, I feel like the easiest way to answer is to show you my yellow teeth.

SAGAL: Chelsea Peretti, it is a delight to talk to you. We have invited you here to play a game that this time we're calling...

SAGAL: You're Chelsea Peretti, and we wondered, what do you know about the Chelsea Football Club of the United Kingdom? We're going to ask you three questions about that team that was named after you...

PERETTI: Luckily, their fans are not rabid at all.

SAGAL: Answer 2 out of 3 questions correctly - you'll win our prize for one of our listeners. Bill, who is Chelsea Peretti playing for?

SAGAL: All right. First question - the Chelsea Football Club has a rich history, during most of which it was a perennial loser, sort of like the Chicago Cubs. Back in the 1930s, the team tried something a little unusual to improve the team's performance. What was it? Was it, A, they drafted Maurice (ph), the famous Irish kicking mule, to be their midfielder; B, they tried injecting the players with a serum made from ground-up monkey testicles; or C, telling their players to just pick up the ball and run for it?

PERETTI: I'm going to say A.

SAGAL: You're going to say A, they drafted Maurice, the famous Irish kicking mule, to play on their team.

PERETTI: That just sounds like something that would happen in old-timey days.

SAGAL: It does. It does. Sadly, though, it was B. It was the monkey testicles.

PERETTI: That was going to be my other one.

SAGAL: You still have two more chances here, Chelsea. There's nothing to worry about.

SAGAL: The owner of the Chelsea F.C. is a Russian oligarch named Roman Abramovich. Now, the billionaire got his start in business by doing what just as the Soviet Union was collapsing? A, he did live theater versions of episodes of the American primetime soap opera "Dynasty;" B, he sold imported rubber ducks out of his Moscow apartment; or C, he sold fake Gorbachev birthmark tattoos to bald men.

PERETTI: You know, I'm going to go ducks for no good reason.

SAGAL: And for no good reason, you're right.

SAGAL: That's what he did.

SAGAL: It's unclear how he became a billionaire by selling rubber ducks, but, presumably, he had a gift. What can I tell you? All right.

SAGAL: All right, you have one more chance here, Chelsea. Like many legacy sports teams, Chelsea's fans have their traditions, like which of these? A, hurling celery onto the field, often directly at opposing players; B, yelling, forsooth, it cannot be whenever the other team scores; or C, simply staring in silent disapproval when one of their players does poorly.

SAGAL: Now, I should say, in case any Chelsea fans are listening, that they're not allowed to throw celery onto the field anymore. However, it is well known that when Chelsea travels, they sometimes follow along and throw the celery. Nobody knows why they do this. They just do it. Bill, how did Chelsea Peretti do on our quiz?

KURTIS: Chelsea got 2 out of 3 right. That makes her a winner.

SAGAL: There you go. Chelsea Peretti is a comedian and actress. You can currently see her in "Friendsgiving," and her new album, "Foam And Flotsam," is out now.

Chelsea Peretti, thank you so much for joining us on WAIT WAIT... DON'T TELL ME.

PERETTI: Thank you guys so much. That was fun.

SAGAL: We'll be back in a minute with more of WAIT WAIT... DON'T TELL ME from NPR.