Accessibility links
Review: 'One Night Two Souls Went Walking,' By Ellen Cooney Ellen Cooney's new novel follows an unnamed hospital chaplain on her rounds, as she ministers to patients and grapples with her own internal questions. It's a quiet, inward-looking but hopeful story. 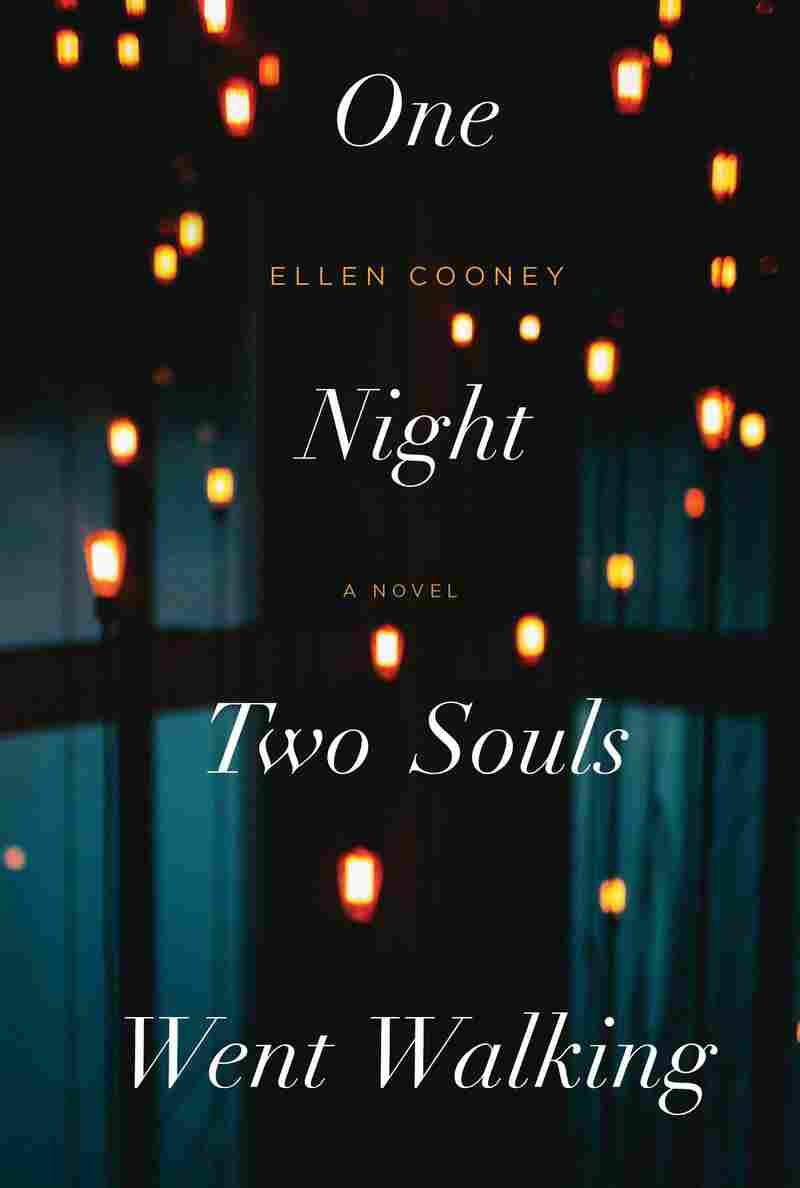 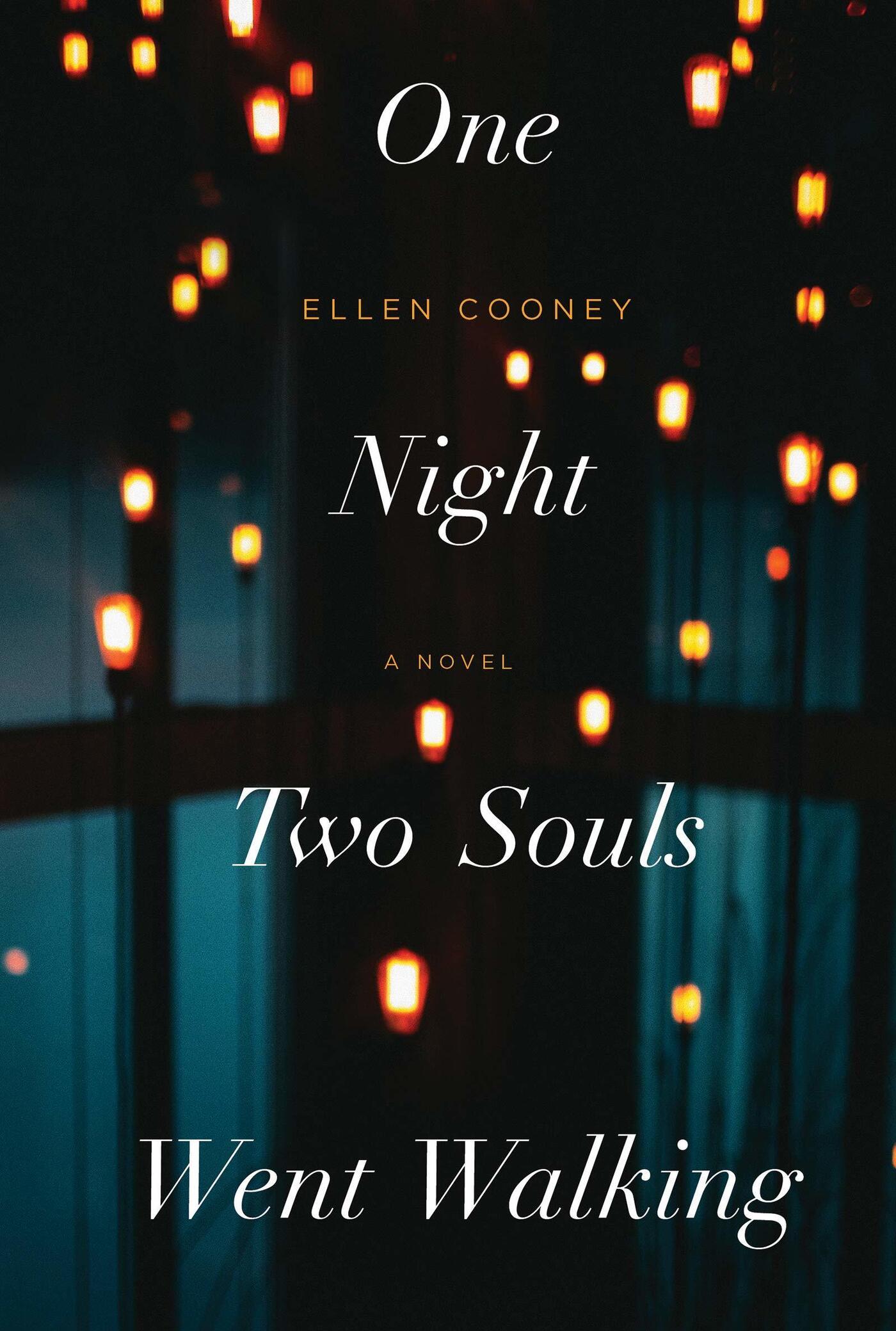 "I believe in expecting light," says the unnamed narrator of Ellen Cooney's new novel. "That's my job." More specifically, the 36-year-old woman's job is as a chaplain at a medical center, offering solace and a friendly ear to the patients in the hospital, some in grave condition, some not.

One Night Two Souls Sent Walking follows the chaplain over the course of several hours, as she makes her rounds, all the while asking herself a series of questions: What does it mean to expect light? What does it mean when your soul is broken? The answers, as you might expect, don't come easy; it's arguable if they come at all. But sometimes asking is enough, Cooney seems to be saying in this shimmering, remarkable novel.

The chaplain has been working the night shift at her medical center, and it's taken a toll on her: "I was upside down and inside out, with the drag inside me of a profound sort of jet lag that felt it would never leave me," she thinks. She approaches each night with a kind of resigned prayer: "May I not screw up anyone any worse than they are already. May I do no harm that can't be undone, probably by someone else."

She's contemplating quitting her job, thinking perhaps that she's "come to the end of being here and doing what I do." But she stays for her patients, some familiar faces and some new arrivals. There's a 50-something lawyer, brusque with everyone except the chaplain, who's eager to tell her of an out-of-body experience — "I was standing on the roof of the world ... but I knew it was not of this world" — that he experienced while under anesthesia.

And then there's the teenage surfer, recovering from injuries he sustained while falling off a cliff. The boy was reluctant to see a chaplain, but a nurse bribed him with homemade peanut butter pie. He admits to the chaplain he does believe in one thing holy: "Waves ... that kind that come to life in the Pacific Ocean."

Throughout the novel, the chaplain's thoughts turn to her ex-lover, a graduate student ten years younger than her who's since moved to Germany, and to Bobo Boy, the hospital's late therapy dog, an odd creature who looked like "a drawing by someone a long time ago in a faraway place who'd never seen a dog." She's haunted by the ghost of the dog, at one point talking to him, which catches her — as it would — by surprise. ("Then I realized I had to give myself a warning," she thinks. "No talking to ghosts. I'd never had to do that before.")

One Night Two Souls Went Walking is a quiet novel by design; it meanders gently, eschewing big plot twists or showy dialogue. There's one scene that's a bit of an exception, a long dream that the chaplain has after fainting in a stairwell. But even that Cooney plays gently; it's a lovely, haunting departure from the rest of the book that still fits perfectly.

Cooney's novel looks inward, but it's anything but navel-gazing. That's in large part because the narrator, nameless though she may be, is endlessly fascinating — she's unsure of what she wants, indeed, of who she is. She accepts that she's flawed, but knows that her ministrations are of use to the patients whom she encounters each day. In one scene, she imagines her younger self telling her, "I think your soul is broken. And you don't have a clue what to do about it." But just because her soul is broken, she seems to think, doesn't mean she can't help others heal theirs.

Cooney's writing is as beautiful as it is understated. Describing her department at the medical center, the chaplain explains, "[I]t's our job to make the thing we call hope, and it's our job to make some light when light is absent, and look, here we still are, like the spruces and pines and hemlocks that didn't get chain sawed ..." It's a gorgeous passage that's free of pretentiousness; Cooney's language is unadorned yet powerful throughout the novel.

One Night Two Souls Went Walking is a triumph of a novel, and one that arrives at the perfect time — we're all living in an injured world, hoping for some kind of deliverance. And deliverance has a way of coming whether we believe in it or not, Cooney seems to say, the darkness may just yet be punctured by light, or something like it. Or as the chaplain wants to tell one of her patients: "Please imagine what hope is, and please then have it."