Accessibility links
Conservatives Flock To Parler App, Claim Censorship On Facebook And Twitter Backed by Rebekah Mercer, Parler is now one of the most downloaded smartphone apps, as conservatives complaining of censorship by Facebook and Twitter seek out other social media alternatives. 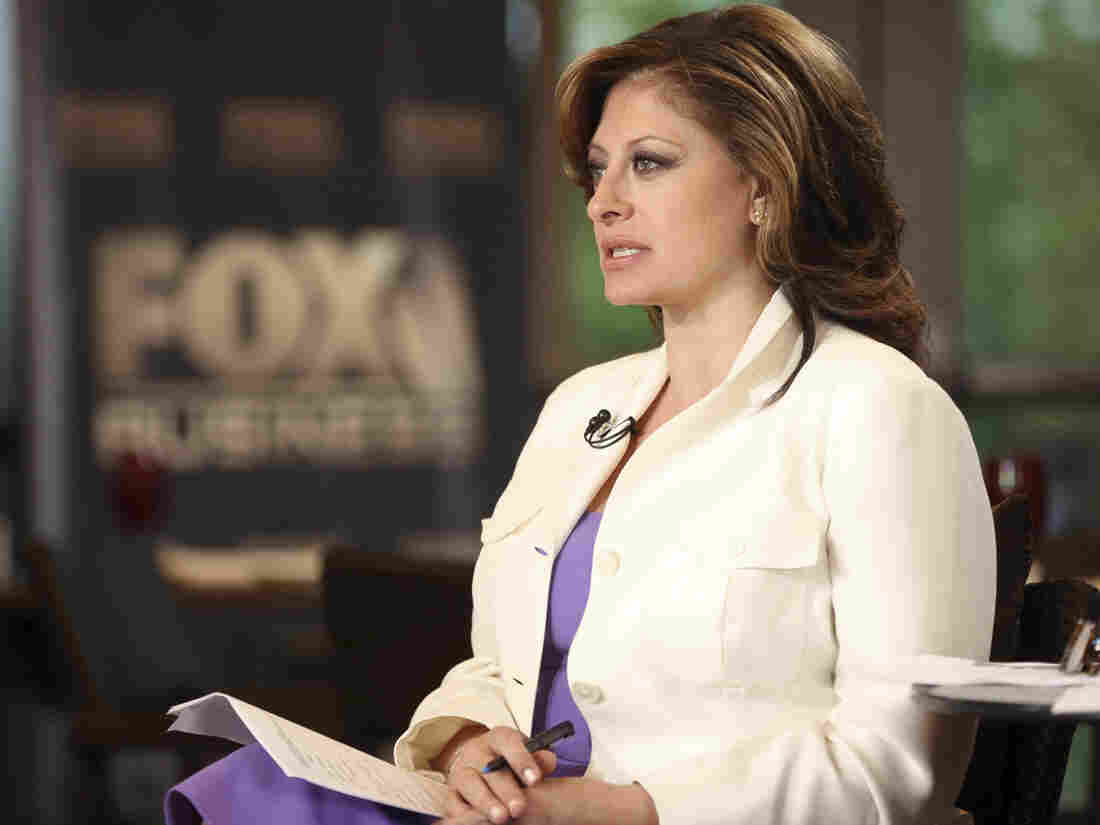 Fox Business host Maria Bartiromo has been urging followers of her Twitter feed to join her on the social media app Parler. Brandon Wade/AP hide caption 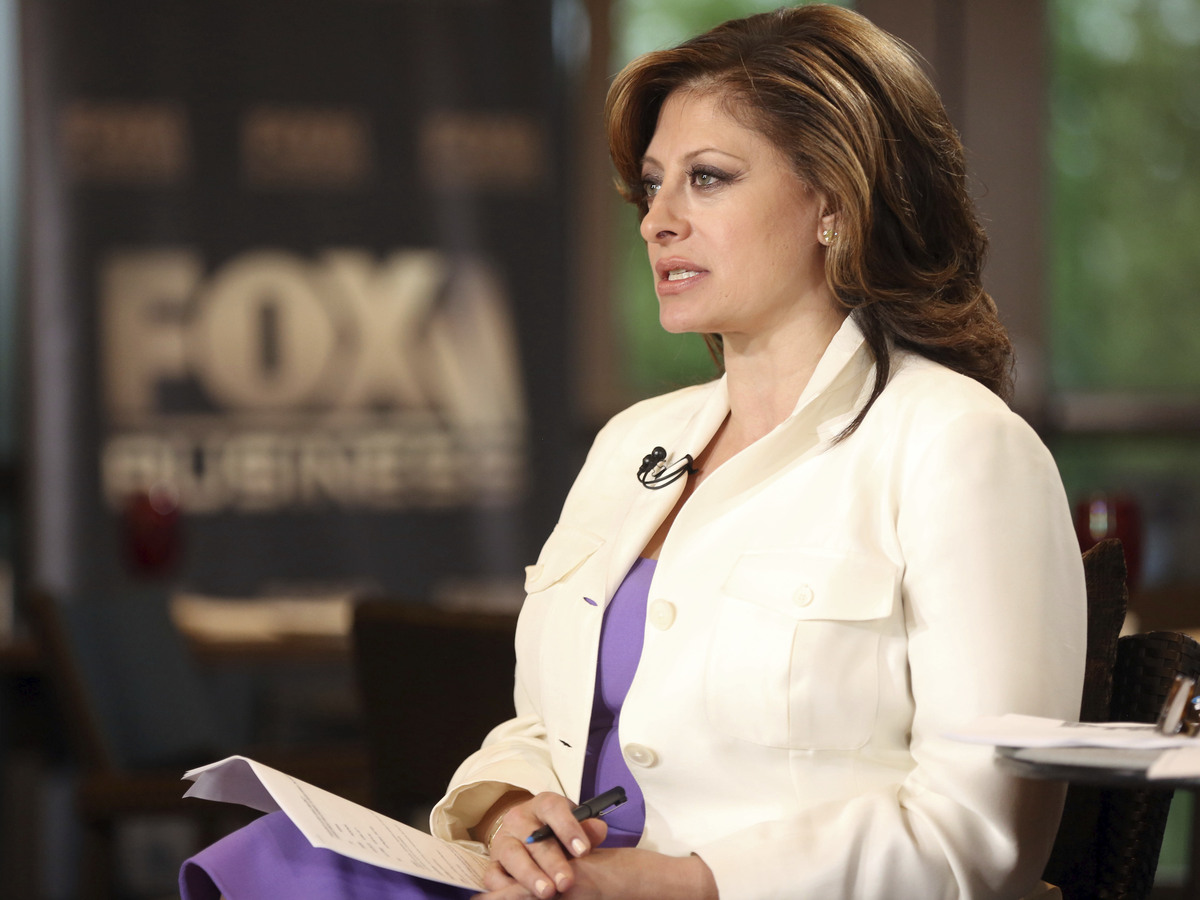 Fox Business host Maria Bartiromo has been urging followers of her Twitter feed to join her on the social media app Parler.

Maria Bartiromo, the Fox Business host, declared herself done with Twitter two days after the election.

She tweeted a link to an article that falsely claimed Democrats were trying to steal the election. Twitter hid the post behind a label warning that it contained misleading content. Twitter also notified Bartiromo that someone had complained about her account (even though it did clarify that she had not violated any rules and it was taking no action against her).

For Bartiromo, the label was the last straw.

"This is the same group who abused power in 2016," Bartiromo tweeted to her nearly 900,000 followers. "I will be leaving soon and going to Parler. Please open an account on @parler right away."

Parler, founded in 2018, touts itself as "the world's premier free speech platform." On Saturday, CEO and co-founder John Matze said one of the privately owned company's early investors is Rebekah Mercer, who along with her father, hedge fund billionaire Robert Mercer, has been a backer of President Trump and is also a major donor to conservative causes, including Breitbart News and former White House strategist Steve Bannon.

"John and I started Parler to provide a neutral platform for free speech," Rebekah Mercer wrote on Parler on Saturday. She went on to condemn "the ever increasing tyranny and hubris of our tech overlords."

The company puts few restrictions on what users can post. That has made it attractive to high-profile conservatives who claim Facebook and Twitter are censoring them, even though there is no evidence for these allegations of systemic anti-conservative bias.

Facebook and Twitter have stepped up their fight against misinformation in the weeks leading up to and following the election. They have removed groups, slapped warnings on posts and reduced the spread of the most egregious false claims of voter fraud.

"The success of Parler is partly because people understand that they're getting censored," Bartiromo said, while conducting an interview with Matze on her show. "Have Twitter and Facebook gone too far?" she asked.

"Once you start content curation and you start fact-checking, you're introducing bias," Matze replied.

Radio host Mark Levin told listeners he was "fed up" with Facebook, where his page reaches 1.6 million followers, after the company restricted his account for repeatedly sharing false information.

Thanks to all the attention in recent days, Parler is now one of the most downloaded apps on Apple and Android smartphones. It has hit 10 million members — more than double the 4.5 million it had last week, according to Jeffrey Wernick, the company's chief operating officer.

"Our growth is not attributable to any one person or group, but rather to Parler's efforts to earn our community's trust, both by protecting their privacy, and being transparent about the way in which their content is handled on our platform," Wernick said in a statement.

Still, that is just a tiny fraction of Twitter's 187 million daily users and Facebook's nearly 2 billion.

In an interview with NPR this summer, Parler CEO Matze said the app intends to solve a problem he saw on the larger social media platforms. "We found that a lot of people were experiencing or were talking about censorship," he said.

Parler's community guidelines bar criminal activity, terrorism, child pornography, copyright violations, fraud and spam. The company says it tries to avoid removing content or banning users and says it does not remove or filter content or accounts "on the basis of the opinion expressed within the content at issue."

Matze says the goal isn't to be a Wild West with no rules but a town square for open discussion.

"We take a hard line against pornography and nudity," he said. "But if people disagree with one another, we're not there to mediate or moderate the conversation."

As a result of that lax approach to content moderation, experts who study online misinformation say false and misleading claims about the election that are being pushed off other platforms are popping up on Parler.

That includes the hashtag #StopTheSteal, which is being used to organize protests and perpetuate baseless claims of voter fraud. Facebook has removed several Stop the Steal groups, some of which had amassed hundreds of thousands of members.

Shannon McGregor, who studies social media at the University of North Carolina, Chapel Hill, said the misinformation already thriving on Parler is cause for alarm.

"What we've seen in the past with some of these other fringe or alternative social media sites is, if there's no rules and if it's really siloed, then what happens is it gets more and more extreme," she said.

That includes Gab, an alternative social network that has become notorious for hosting anti-Semitic and white nationalist content. It was used by the accused 2018 shooter at a Pittsburgh synagogue.

Despite Parler's rapid growth, McGregor and other experts are skeptical that conservatives with the biggest audiences will actually abandon larger social media apps — even though they are encouraging their followers to do so.

"All these people have accounts on Twitter because that's where journalists are and that's where the press is," McGregor said. "If they actually left Twitter, they would be less newsworthy."

Renée DiResta, who tracks misinformation at the Stanford Internet Observatory, said this is what happened when Parler went through another growth spurt this summer, after Twitter began labeling Trump's tweets for making false claims.

"Even prominent accounts like Sens. Ted Cruz and Rand Paul, who announced [in June and July] that they were going to Parler, did not actually leave Twitter, did not decrease their posting patterns on Twitter" or post as frequently on Parler, she said.

She said she expected the flurry of activity on Parler to continue in the short term, especially as Facebook keeps shutting down Stop the Steal groups.

"But it's unclear that this is really indicative of a mass movement to vacate platforms and form socially conservative spaces," she said.

Meanwhile, over at Fox Business, Bartiromo is still posting on Twitter — and promoting her Parler username in each tweet.