Accessibility links
Liftoff! Astronauts Head To Space Station On SpaceX Rocket Four astronauts are flying to the International Space Station aboard SpaceX's Dragon crew capsule. The mission is the first of what NASA hopes are many. 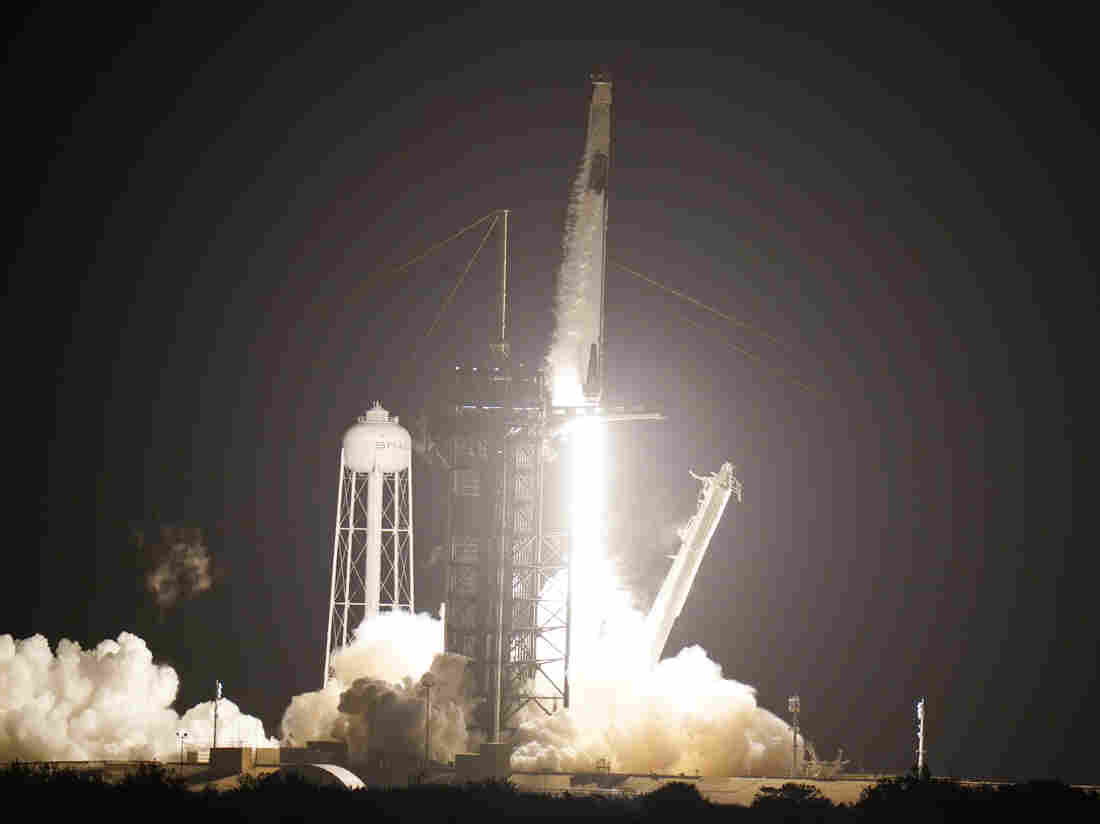 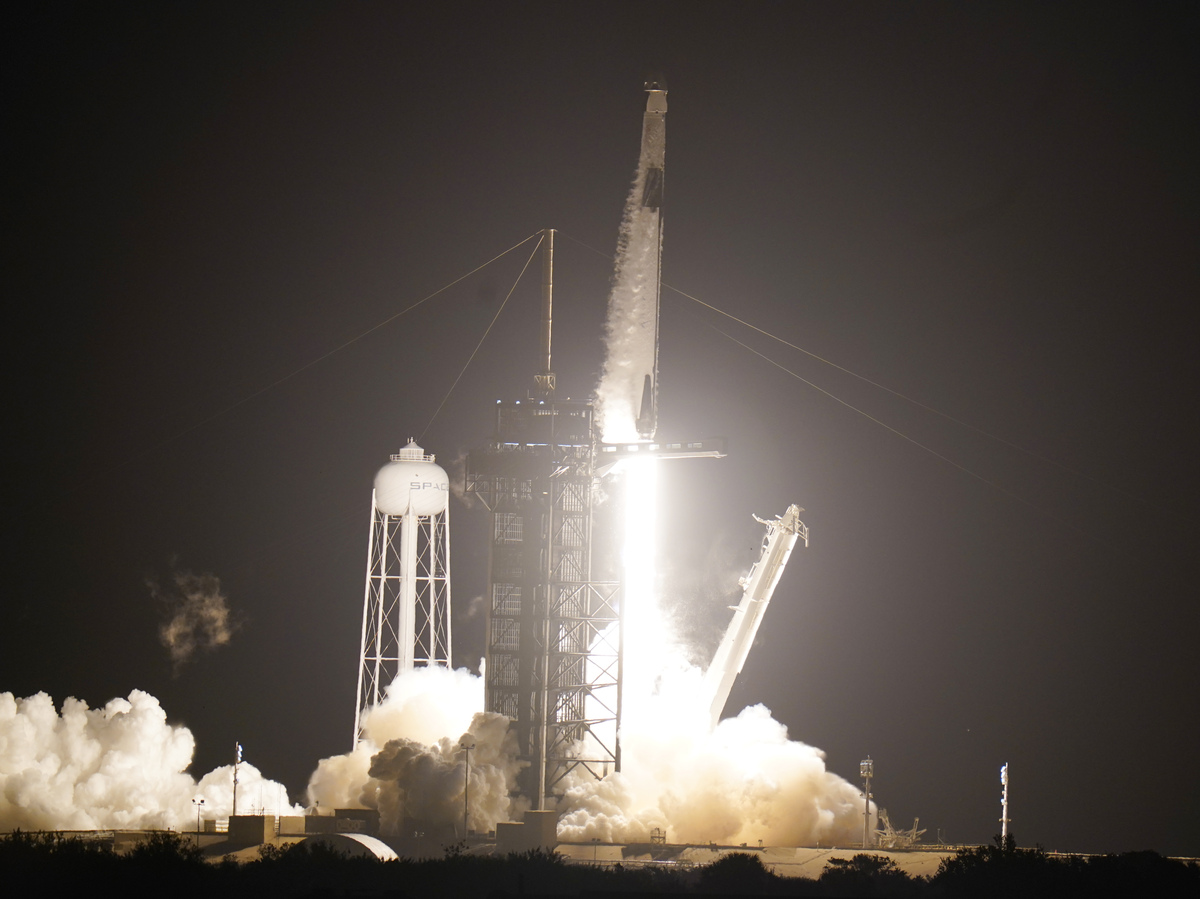 A SpaceX Falcon9 rocket, with the Crew Dragon capsule, lifts off from the Kennedy Space Center Sunday Nov. 15, 2020, in Cape Canaveral, Fla. Four astronauts are beginning a mission to the International Space Station.

Four astronauts lifted off Sunday night from the Kennedy Space Center in Florida aboard a SpaceX rocket bound for the International Space Station.

The crewed flight is the second for SpaceX's Dragon capsule and the first since NASA officially certified the small spacecraft to carry people. The Dragon's first crewed flight took place in May, when Doug Hurley and Bob Behnken launched on a jaunt to the station. They stayed for roughly two months before returning to earth and splashing down in the Gulf of Mexico in early August.

That flight was the first launch of American astronauts from American soil since the space shuttle program ended in 2011. Following the shuttle's retirement, NASA spent the better part of a decade paying the Russian space agency for seats aboard its Soyuz rockets. It hopes the Dragon can end that dependence by providing an American-made system to get astronauts into low earth orbit. This mission, known as "Crew-1," is supposed to be the first of many routine flights that will ferry astronauts to and from the station.

Unlike the Soyuz, which has room for three crew members, the Dragon can carry up to seven passengers into orbit, according to the company. While the design fundamentally resembles older spacecraft like the Apollo capsules used to reach the moon, Dragon sports some modern upgrades such as a sleek white interior and touch-screen control panels.

The arrival of four astronauts to the station will bring the total crew to seven. Normally the ISS is staffed with anywhere from three to six crew members, and space will be tight. Hopkins said he will likely have to make do with the capsule as his bedroom for the duration of the mission.

The extra crew will help NASA to conduct more scientific research aboard the station, Hopkins said. "I think they're going to keep us pretty busy."

The four astronauts will spend the next 28 hours enroute to the station aboard the capsule. Docking will occur Monday evening around 11 p.m. and will be televised by NASA TV.