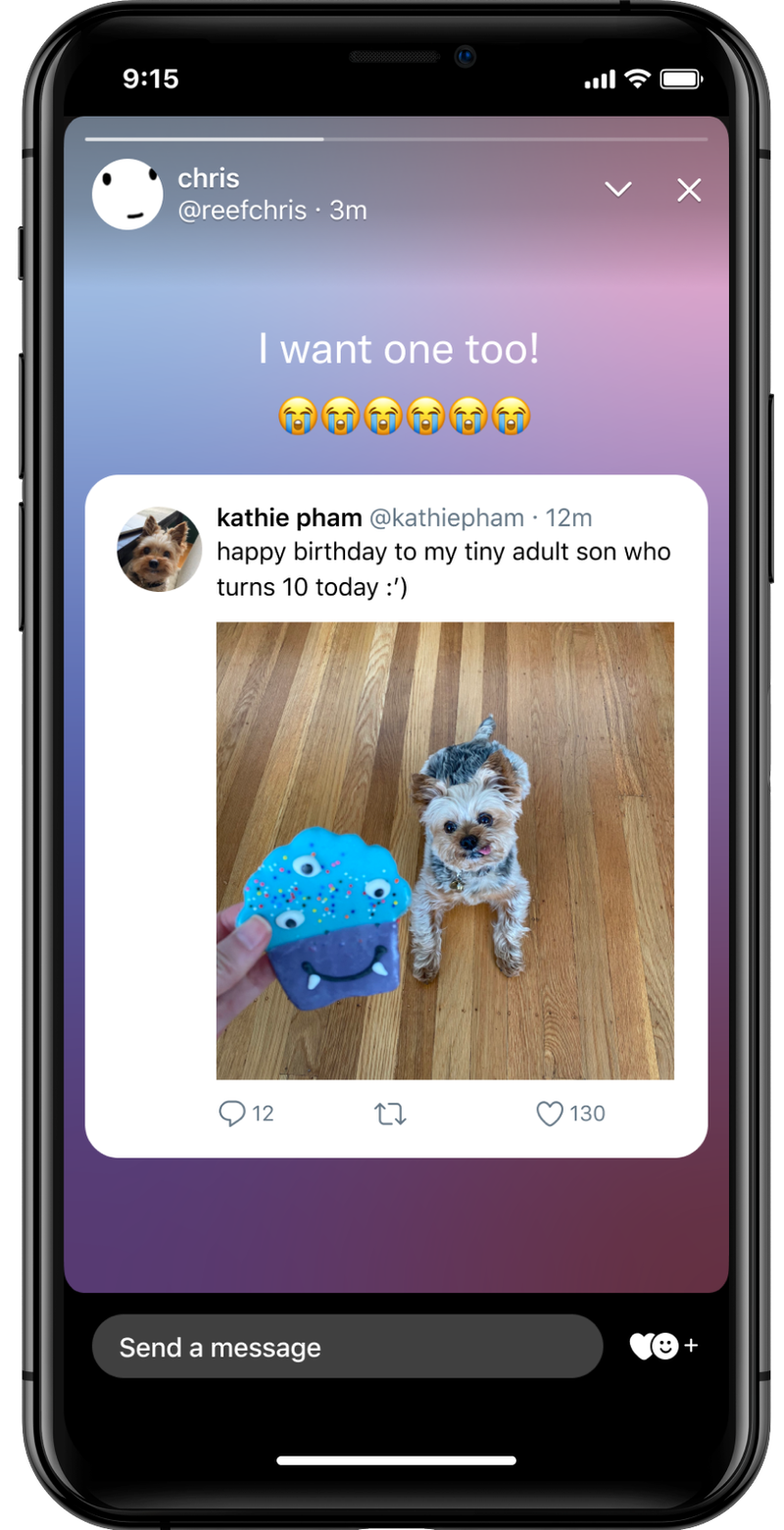 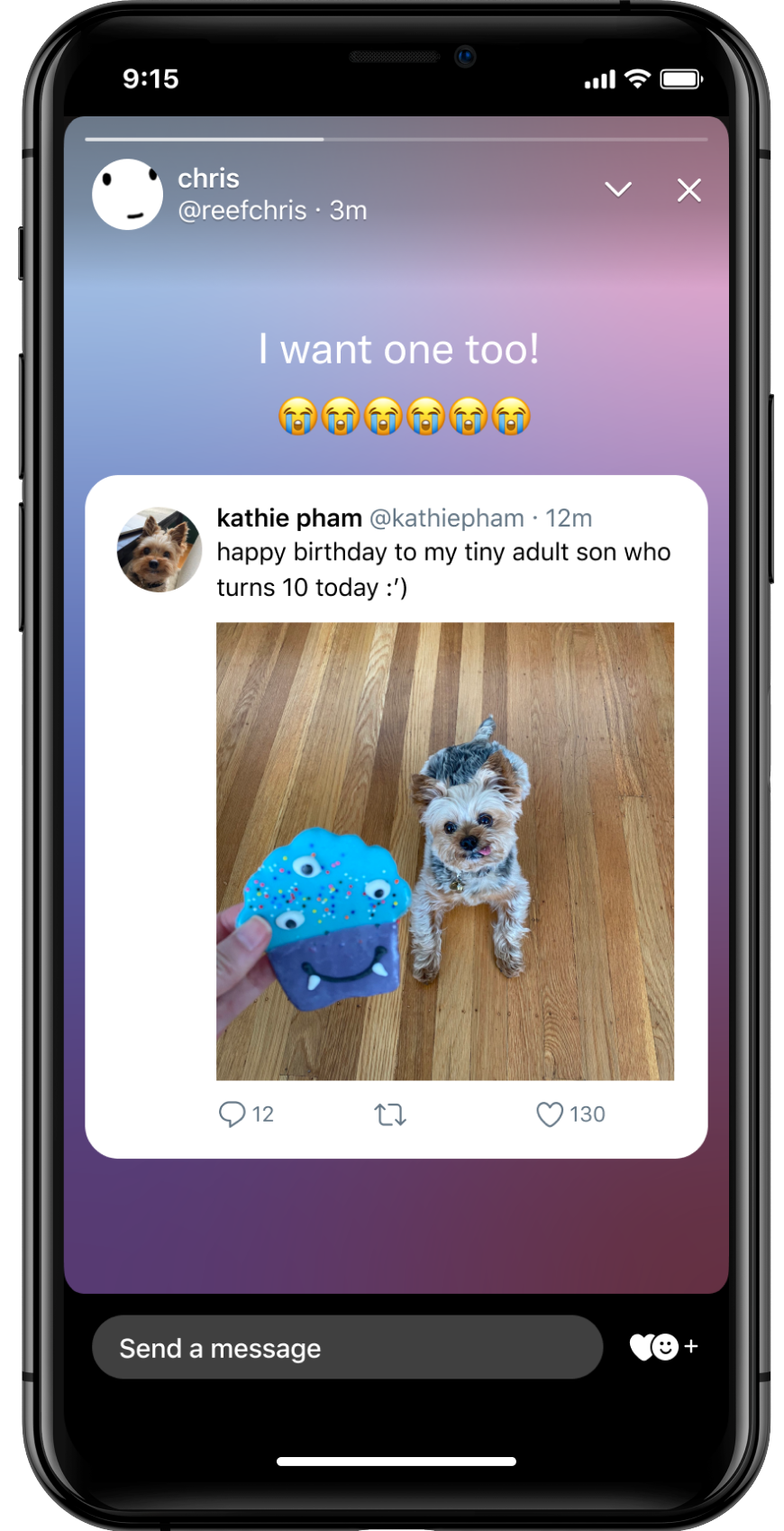 Twitter rolled out its new temporary sharing feature, fleets. Users can share photos, text or even repost tweets in posts that vanish after 24 hours.

The social platform, with more than 330 million users, on Tuesday debuted a new sharing feature worldwide called "fleets." Users can share photos, text or even repost tweets in posts that vanish after 24 hours.

The fleets are pinned to the top of the timeline and are only available via mobile apps. The company has not shared plans to roll out the feature on desktop.

"The main reason for this is that it creates a lower-pressure way for people to join the conversation," said Joshua Harris, a company director of design, noting that there are no public likes or comments on fleets.

Sharing a "hot take" might be easier on fleets, he explained, and could spark a one-on-one conversation afterward.

This idea isn't a novel one. The feature is commonly referred to as "stories," and Snapchat pioneered it in 2013. Instagram, Facebook, YouTube — even LinkedIn and Pinterest all added similar features to their platforms. It's become somewhat of a meme.

That thing you didn’t Tweet but wanted to but didn’t but got so close but then were like nah.

We have a place for that now—Fleets!

Rolling out to everyone starting today. pic.twitter.com/auQAHXZMfH

Fleets initially will have fewer features than the social network's competitors. There will not be a way to target different followers with your fleets and users won't get a notification if one is screenshotted.

Twitter plans on introducing new features for fleets in the future, including virtual stickers and live broadcasting.

During the U.S. presidential election this year, Twitter ramped up its accountability practices to fight misinformation. And Twitter is continuing to target abusive or harassing tweets for removal.

cant wait to use Fleets to share all my drafts w the world pic.twitter.com/R86REWlpmz

It's yet to be seen if fleets will be moderated in a similar way.

"There's actually a ton we're doing behind the scenes, expanding our rules and trying to prevent abuse and harassment before it happens," said Christine Su, a Twitter product manager. She said half of all tweets that break the rules are removed before they are reported.

The social network is also experimenting with audio. This year it debuted voice tweets, and now the company is piloting a feature called spaces. This feature would allow users to host private voice calls with individuals or groups. It's still early in development.

With fleets, Twitter is the latest platform to join the fray of social networks offering temporary posts, leaving users with a simple consideration:

Which one do I use?