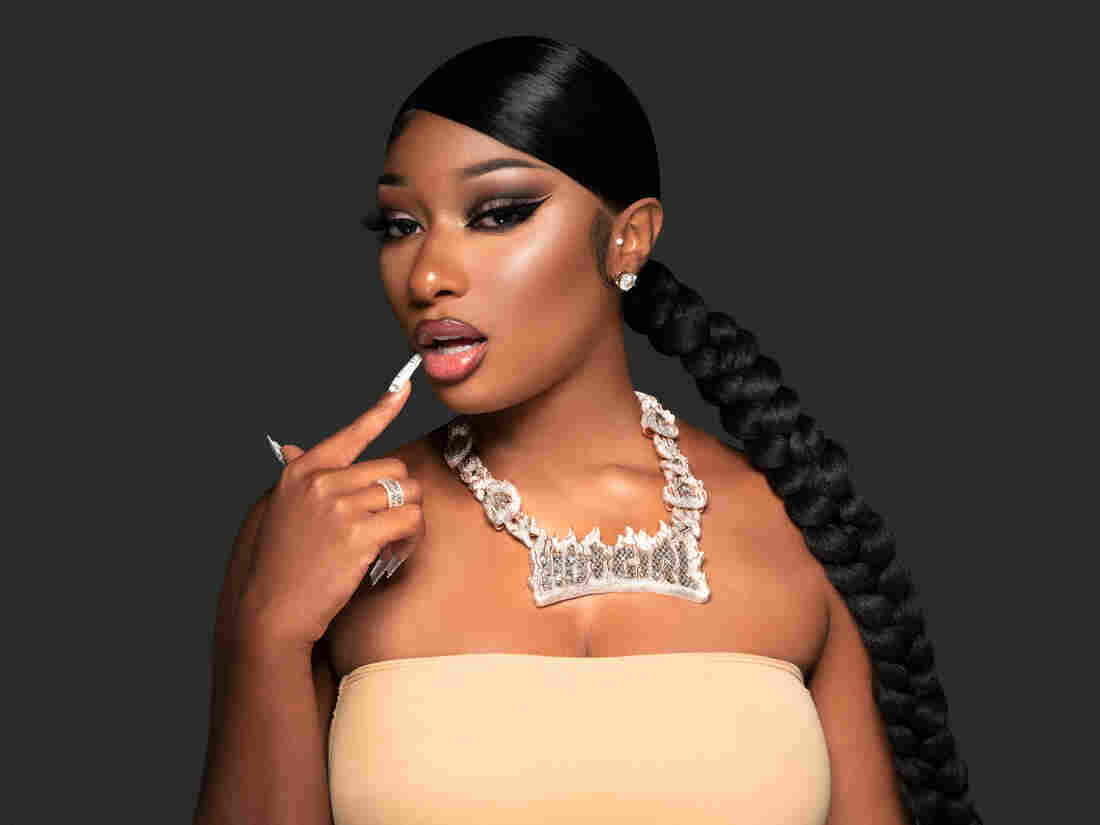 Megan Thee Stallion. Her debut studio full-length, Good News, tops our shortlist for the best new albums out on Nov. 20. Courtesy of the artist hide caption

It's been a little more than a year since Megan Thee Stallion told us she was ready to make a studio album. "I felt like my mixtapes were me flirting with my fans," she told NPR Music's Sidney Madden. "I never wanted to do an album 'cause I was like, 'Oh, that feel like marriage. That's a commitment.' But now, I'm ready to settle down with an album." That album, called Good News, has finally arrived. We open this week's show with a look at the remarkable, dominating run Megan Thee Stallion has had and where her new full-length fits in her catalog.