Accessibility links
Rep. Kevin McCarthy, Other Republican Leaders Reelected To Leadership Posts After better than expected election results, House Minority Leader Kevin McCarthy has been reelected to lead his conference in the next session of Congress. His top lieutenants were also reelected.

McCarthy, Other Top House Republicans Reelected To Leadership Posts For Next Congress

McCarthy, Other Top House Republicans Reelected To Leadership Posts For Next Congress 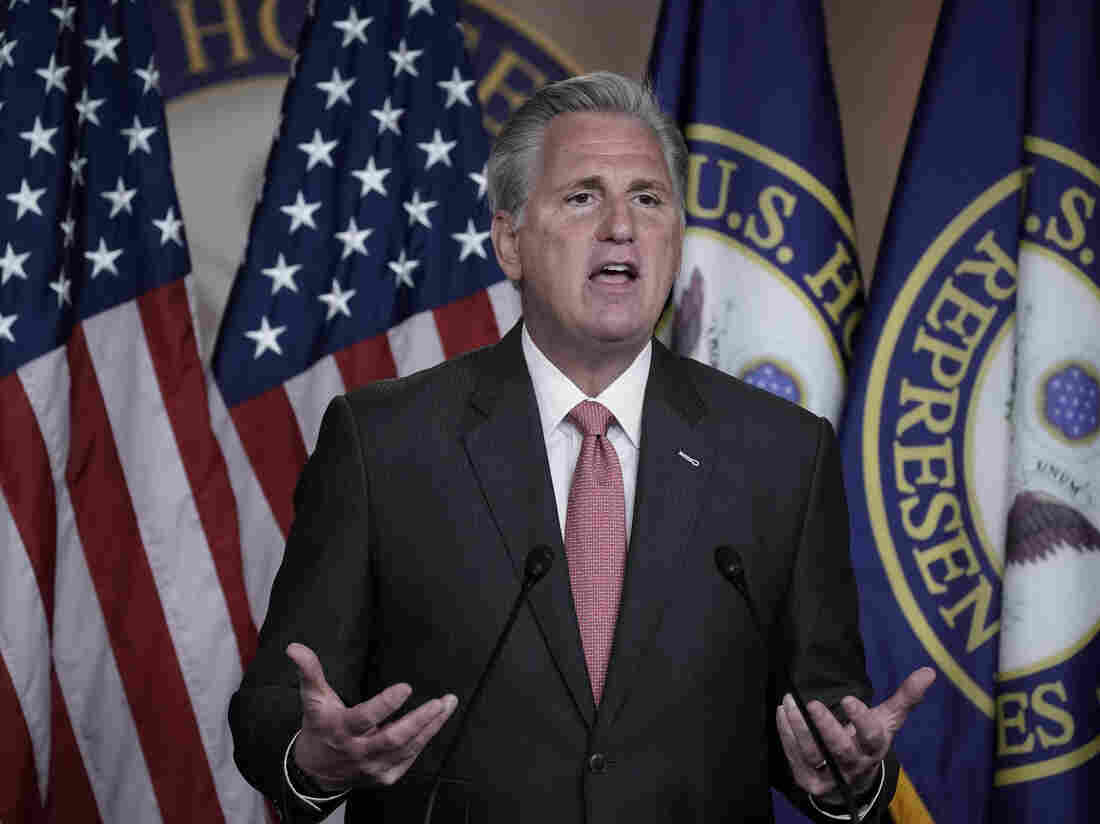 House Minority Leader Kevin McCarthy, R-Calif., a close ally of President Trump's, has been reelected as the top GOP leader for the next Congress after his party made unexpected gains in the November elections. J. Scott Applewhite/AP hide caption 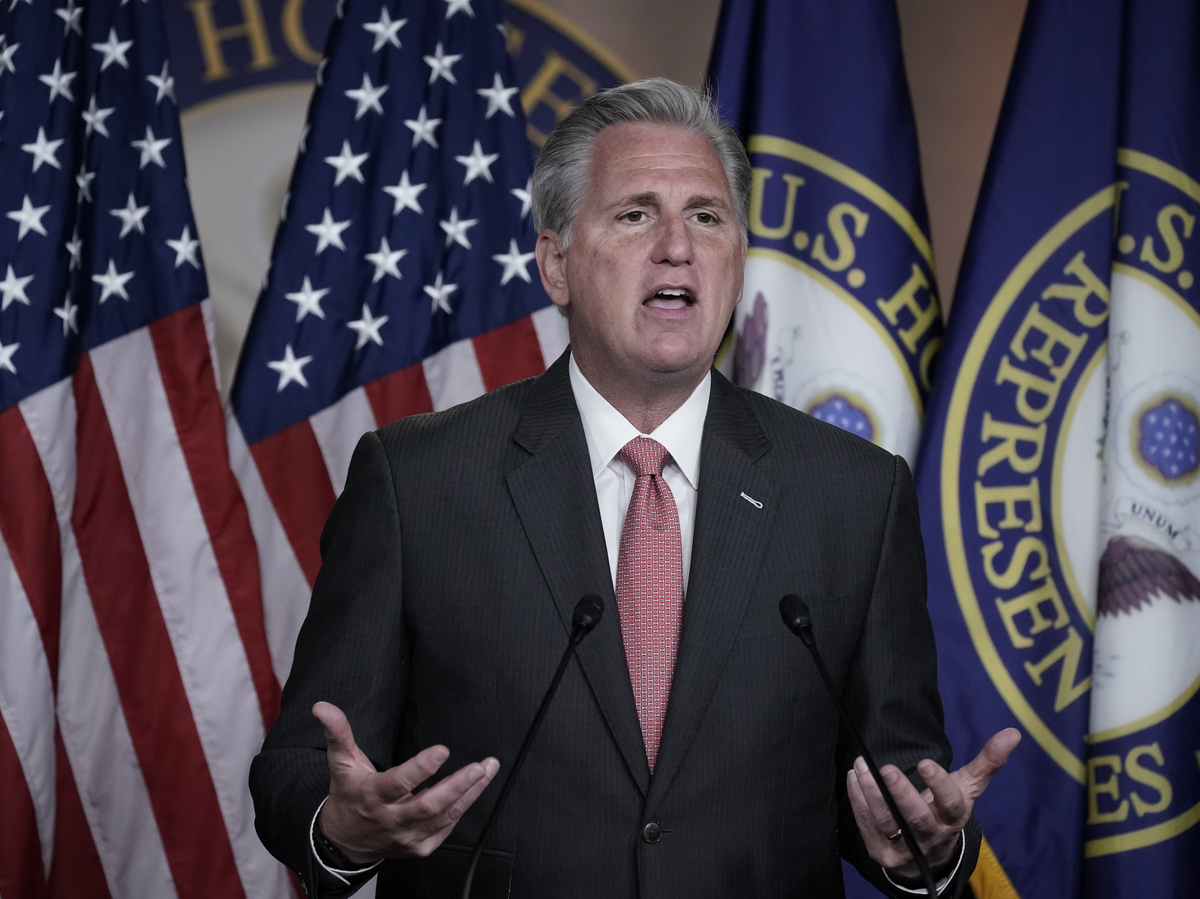 House Minority Leader Kevin McCarthy, R-Calif., a close ally of President Trump's, has been reelected as the top GOP leader for the next Congress after his party made unexpected gains in the November elections.

House Minority Leader Kevin McCarthy, R-Calif., has been reelected to his post by his colleagues to lead a larger GOP conference in the new session of Congress next year.

Other top House leaders were also reelected to their current posts, including House Republican Whip Steve Scalise of Louisiana and Rep. Liz Cheney of Wyoming as chair of the House Republican Conference.

The elections marked the first major gathering for the conference since the GOP surprised pundits and gained several new seats in the November elections.

Democrats had been projected to pick up five to 10 seats or more in this year's elections, but with several races still outstanding, Republicans have gained at least eight so far, stunning lawmakers and analysts alike.

House Republicans have elected Kevin McCarthy (@GOPLeader) as our Republican Leader for the 117th Congress!

The conference is celebrating its new members, which includes a record number of new Republican women. The moves will force Democrats to work with tighter margins as they retain control of the chamber. House Speaker Nancy Pelosi, D-Calif., is expected to be reelected to another term by the Democratic caucus on Wednesday.

The GOP elections were held in person Tuesday afternoon at the Hyatt Regency Washington on Capitol Hill. Democrats are holding their leadership elections remotely over two days this week.

Cheney said the conference is focused on expanding on its gains in future years.

"The feeling in the room, and the enthusiasm and the excitement about where we are and about the hard work ahead of us, with the momentum and energy to get that work done has been really remarkable," Cheney said. "We have a tremendous class of incoming members."

McCarthy conceded that Republicans will remain in the minority, but with more influence over floor action.

"We may not be able to schedule the floor, but we are going to run the floor," he said.

Scalise said it's been a "battle" fighting for legislative efforts in the minority, but many issues remain to be addressed in the new Congress. In the coming months, Scalise said it's key to get another coronavirus relief package moving; however, that's been stalled as both parties struggle to reach a deal.

House Democrats blame Senate Republicans for inaction on additional aid, pointing out that they passed multiple packages in recent months that have not moved in the upper chamber.

"I think the president — regardless of whether he's president again or he's citizen Trump — I think he will continue to play a part in this nation," McCarthy said. "I look at the number of members who got elected; they got elected under President Trump. ... And we expanded the party."

Still, McCarthy bets Trump's influence will help grow the GOP in the future.

On Tuesday, House Republicans also reelected Rep. Tom Emmer of Minnesota for another term as chair of the National Republican Congressional Committee. And Rep. Gary Palmer of Alabama will also remain in his role as the party's policy chair.

Rep. Mike Johnson of Louisiana won election as vice chair for the House conference, and Rep. Richard Hudson of North Carolina will be its secretary.