Accessibility links
Why Corporate Jargon Endures, Even Thrives Corporate jargon endures, even thrives. I'll loop you in. Deep dive. Best practice. Moving forward. The use of such phrases can often be tied to where people stand in a social hierarchy. 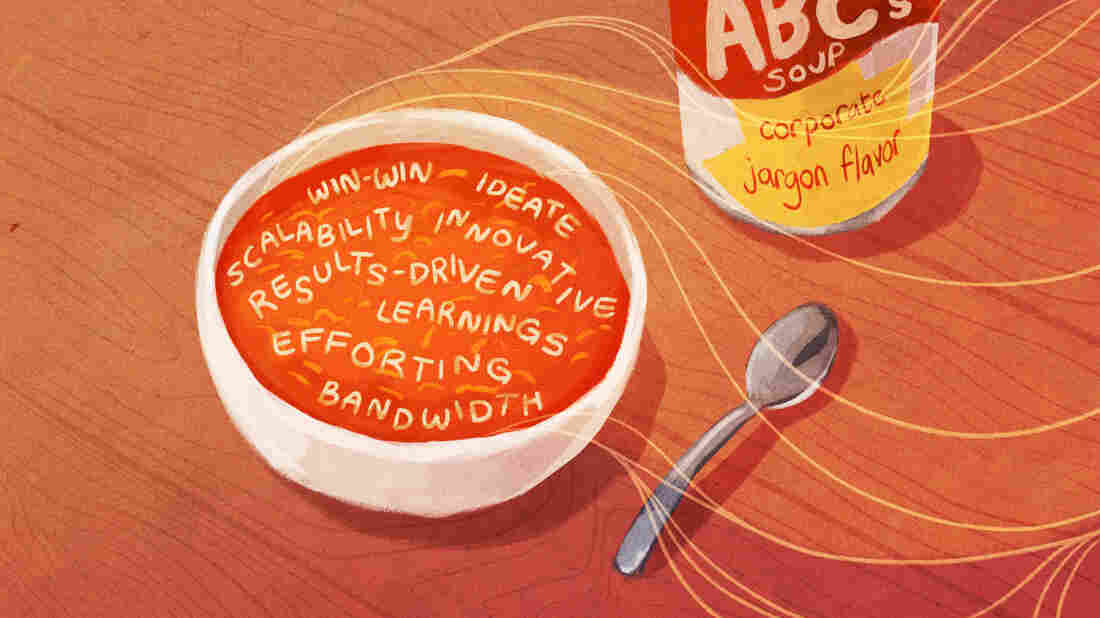 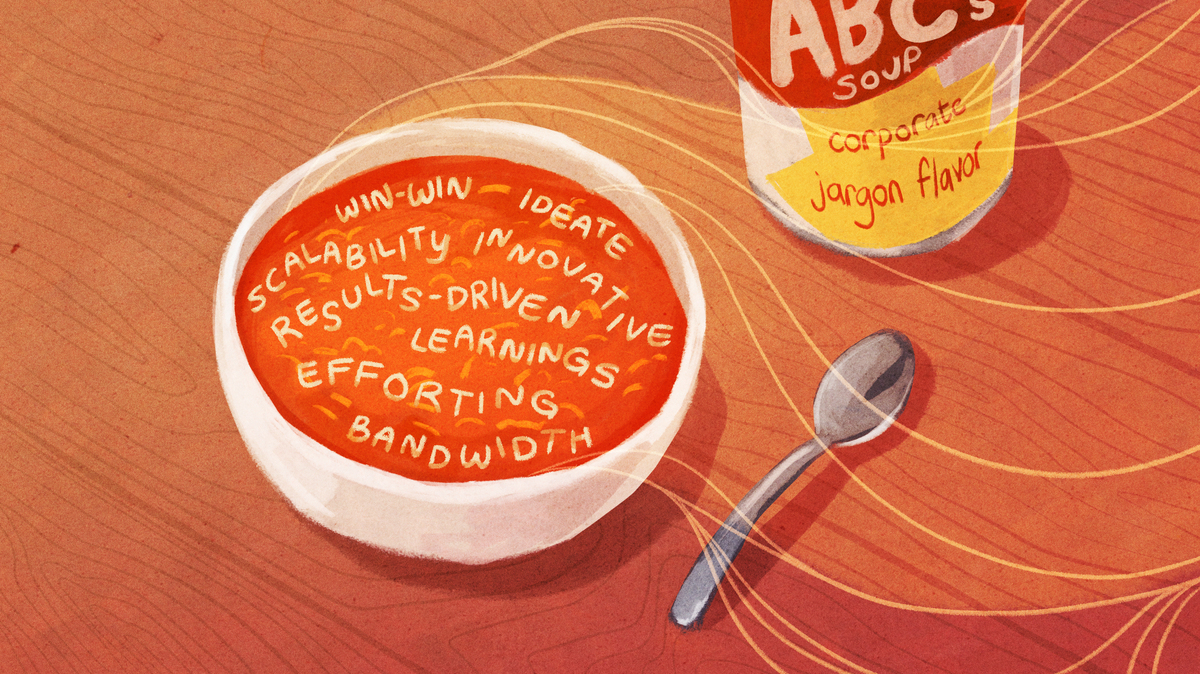 They're unavoidable — corporate buzzwords and gobbledygook.

Put a pin in it. Circle back. I'll loop you in. Deep dive. Best practice.

These words are the audio wallpaper that surrounds the American workplace. Mind-glazing wallpaper, slightly oppressive.

This mode of expression has been ridiculed brilliantly for years — in the comic strip Dilbert, the TV show Silicon Valley and elsewhere.

Belittled and unloved, corporate jargon endures, even thrives. There is no movement to rip down the wallpaper. And let's be honest fellow desk jockeys. Not only have we heard these words and phrases. We've probably used them ourselves. (Forgive me, for I have sinned ... against the English language.)

These phrases and buzzwords are worth exploring because they provide insight into the purpose they serve in the workplace.

The use of jargon is often tied to where people stand in a social hierarchy, according to a new paper from three social scientists, Eric Anicich of the University of Southern California's Marshall School of Business and Zachariah Brown and Adam Galinsky of Columbia Business School. People with less prestige in an organization are more likely to use buzzwords. Like interns, new hires and first-year students.

"What we show is that the lower-status people are much more concerned about how they'll be evaluated by their audience," Anicich says.

Molly Young, the literary critic for New York magazine, is sympathetic. When interns, for example, use words such as "ideate" they're innocently trying to communicate in an unfamiliar dialect. Not so, for executives who may employ the same terms to confuse or intimidate. Young knows the dialect only too well, having worked at startups for nearly 10 years.

She makes a distinction between useful jargon in specialized fields such as medicine, science and law — and the workplace language so prevalent today, a hybrid of business school lingo and Silicon Valley hype. The latter, she says, is littered with "BS words — like orientate or guesstimate, or omnichannel or core competency."

What much of this language has in common is a slippery, vague quality that allows users to skirt accountability and direct action: words that are so imprecise that they are essentially empty. They give people who use buzzwords an out.

You can say you'll "loop" someone in without committing to how that will happen. "Put it on the back burner" is a way of saying no without saying no.

Let's take a word that suddenly became popular a few years ago: efforting. On the surface it sounds ridiculous. (How did "effort" become a gerund anyway?)

A Simple Cure For Education's Jargonitis

But put yourself in the position of a middle-rank employee asked to report in on a project. You can say you're trying to get it done. But that sounds lame. So you go with "efforting," which sounds more vigorous and engaged. But it's also not a promise. "Efforting" might buy you some time, and maybe if you "effort" long enough the project will be forgotten altogether.

On a more consequential scale of slippery is the word "synergy," a longtime favorite of corporate executives extolling the benefits of mergers. Synergy, they say, will unleash a secret sauce making the combined organization better than the two separate ones. Essentially 1+1=3. Synergy became a buzzword in the much hyped early Internet-era marriage of AOL and Time Warner. The deal is now seen as one of the most disastrous corporate partnerships of all time.

Synergy has taken a beating, too. It has been trashed as the most annoying of all corporate buzzwords. But it survives, adorning the names of many businesses, 20 years after the AOL-Time Warner fiasco. There's Synergy Research, Synergy Homes, Synergy Insurance, even GT's Synergy, which touts itself as the world's most loved and sought-after Kombucha brand.