Accessibility links
Florida Just Passed A $15 Minimum Wage. Is It Time For A Nationwide Hike? Florida became the eighth state and the first in the South to adopt a $15 minimum wage. Replicating this in other states and on the federal level remains a challenge. 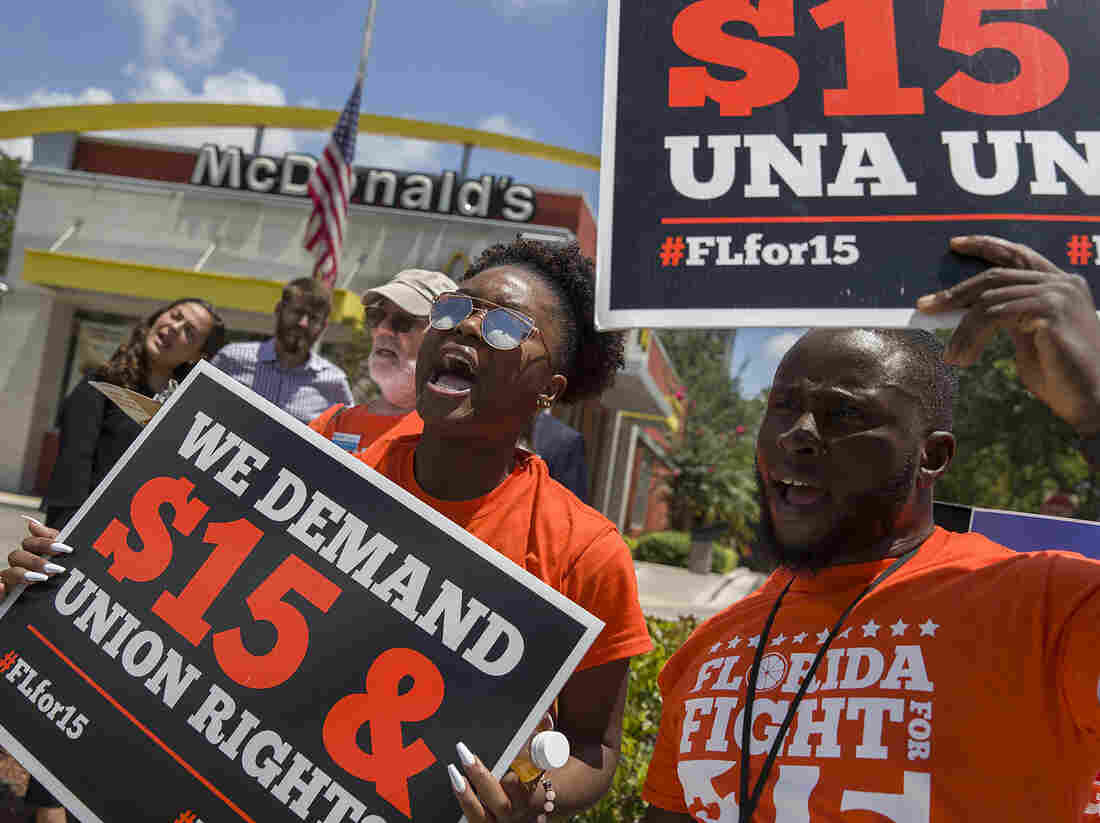 Florida has become the eighth state and the first one in the South to adopt a $15 minimum wage. The increase will be gradual, reaching $15 an hour in 2026. Joe Raedle/Getty Images hide caption 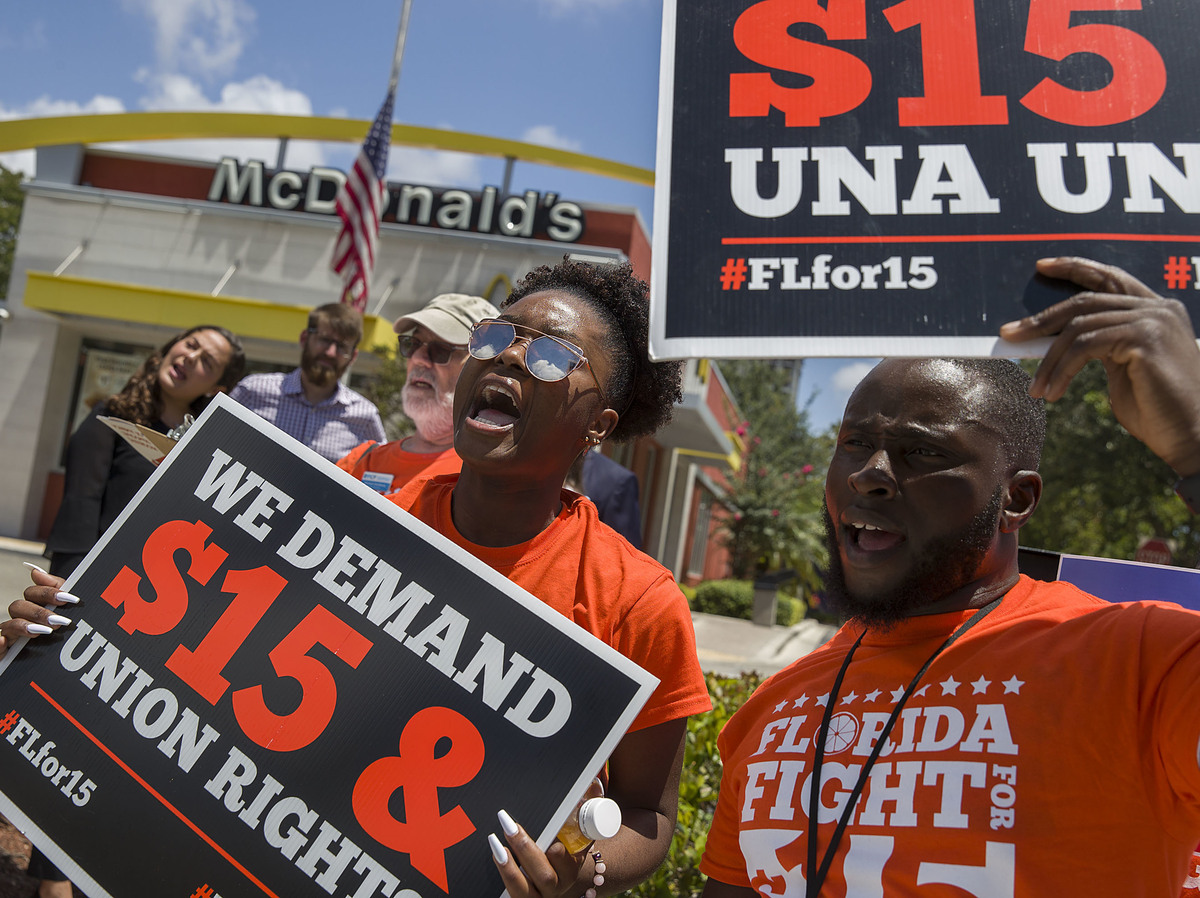 Florida has become the eighth state and the first one in the South to adopt a $15 minimum wage. The increase will be gradual, reaching $15 an hour in 2026.

When news broke that Florida voters had approved a ballot measure raising the minimum wage to $15 an hour, Terrence Wise celebrated from 1,000 miles away.

"If we can get it in the Deep South, you know, down there in Florida, it's bringing all workers closer to $15 an hour minimum wage on a national level," says Wise, a McDonald's worker in Kansas City, Mo., and a leading voice of the Fight for $15 movement.

Eight years after fast-food workers walked off the job in New York City and began calling for a $15 minimum wage, the passage of the Florida ballot initiative came as a big victory. Florida is the first state in the South and the eighth state overall to adopt such a measure.

But the wage hike is a gradual one. It won't reach $15 until 2026. And the path forward for a nationwide $15 minimum wage is uncertain. In a year when both low-wage workers and small businesses are struggling, there is no shortage of optimism or dread surrounding the issue.

At Walkabout Outfitter, an outdoor equipment and clothing retailer based in Lexington, Va., Tina Miller pays an entry-level wage of $10 an hour. Most of the employees earning that wage are students working part time, she says.

But she's already trying to figure out how she's going to accommodate state-mandated wage hikes that are headed her way. Virginia's minimum wage, currently $7.25, is set to rise to $12 an hour by 2023, and to $15 an hour by 2026, pending reauthorization by the state Legislature.

"We've run the numbers, and you know, it would potentially put us out of business," Miller says.

In big metropolitan areas, a $15 starting salary might make sense, she says, but not in rural Virginia. 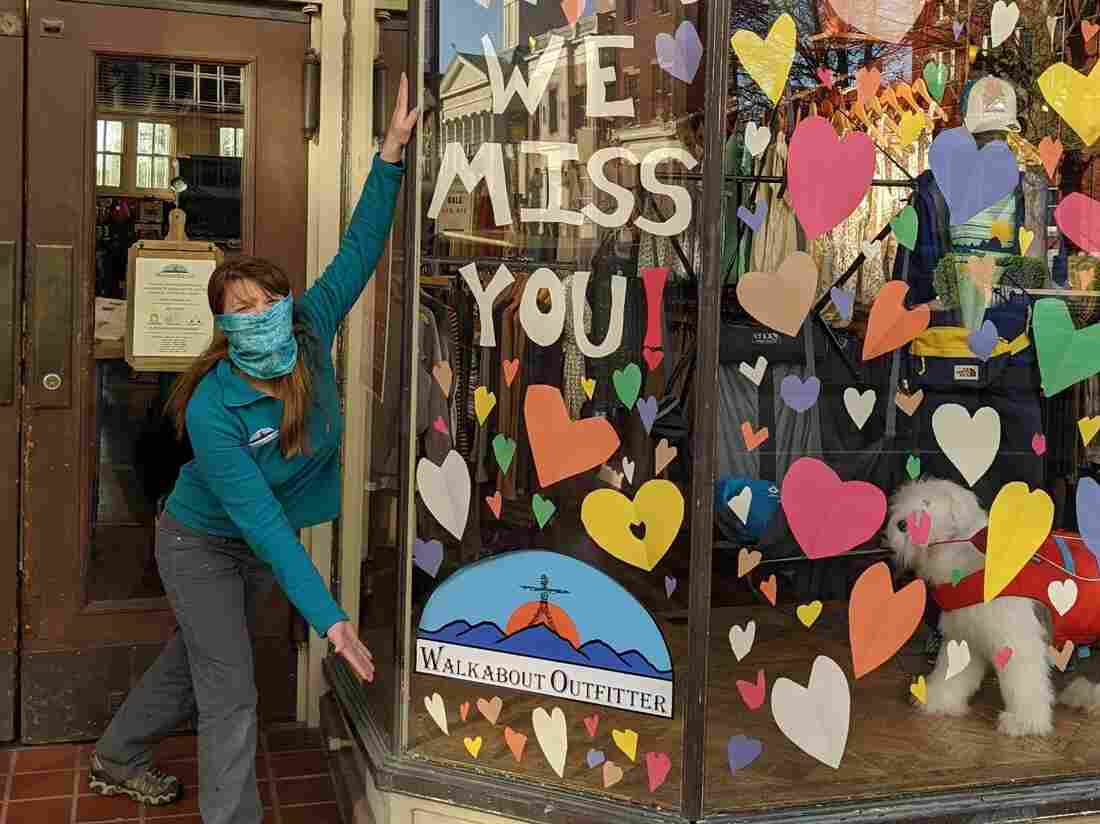 Tina Miller, owner of Walkabout Outfitter in Virginia, says the pandemic has been the most difficult period of her life. At one point, business was down 90%. Tina Miller hide caption 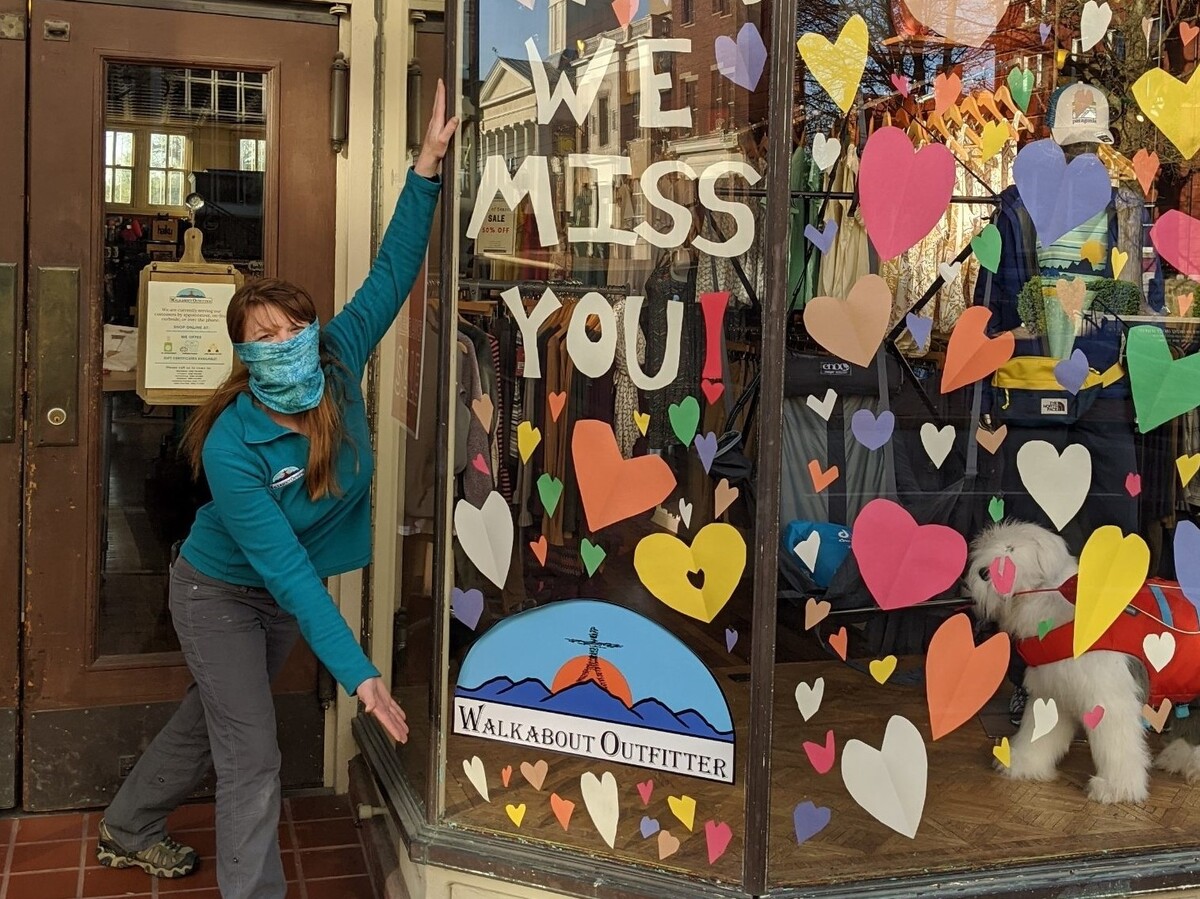 Tina Miller, owner of Walkabout Outfitter in Virginia, says the pandemic has been the most difficult period of her life. At one point, business was down 90%.

Miller and her husband, Kirk, started the business in 2005 and have since grown to six locations across southern and central Virginia, fending off competition from big-box stores and retail giants such as Amazon. The pandemic nearly broke them.

At one point, business was down 90%. To keep their doors open, they took out loans and laid off most of their staff. Miller and her husband haven't paid themselves since March, dipping into savings to cover living expenses.

"We always had to work hard to keep a small business afloat. But certainly, it's been beyond challenging," Miller says.

How soon other business owners will have to confront higher wage mandates depends on where they are.

More than two dozen states and nearly 50 localities have a wage floor that is higher than the federal minimum wage, which has been stagnant at $7.25 since 2009. The East and West coasts have the highest minimum wages, whereas the lowest are found throughout the South.

EPI's minimum wage tracker is an up-to-date resource on the minimum wage in every state and city in the country. https://t.co/tA8GTHzqoj pic.twitter.com/XvTsVcMH5L

Last year, the House of Representatives passed a bill to raise the federal minimum to $15 by 2025, but Senate Majority Leader Mitch McConnell declined to take it up, calling it a jobs killer. As it is, fewer than 2% of hourly paid workers actually earn the federal minimum wage, according to the Labor Department.

Louisiana is one of five Southern states that haven't set their own wage floors, so the $7.25 federal minimum wage stands. Efforts to set a higher minimum wage or even to remove a state ban on localities setting their own have been blocked by Republicans in the state Legislature.

"There have been any number of different ways that we've tried to move the needle on this issue and have just been unsuccessful," says Ashley Shelton, executive director of the Power Coalition for Equity and Justice in Baton Rouge, which has been advocating for a higher minimum wage.

It's not for lack of popular support. A Louisiana State University poll found 81% of Louisiana residents support raising the minimum wage to $8.50, and 59% support raising it to $15. But unlike in Florida, ballot measures in Louisiana require approval from two-thirds of the state Legislature, both chambers of which are controlled by Republicans.

Still, Shelton is encouraged by what happened in Florida — a state that went for President Trump also voted 61% in favor of a $15 minimum wage.

"There's an awakening that's happening," she says. "There's certainly a growing conversation about what's next and how can people survive."

Wise, the McDonald's worker, has been with the Fight for $15 campaign almost since the beginning. He is now a guest services manager at McDonald's, but he has yet to get an hourly wage of $15. In the nine years he's worked there his wages have risen gradually, but it's not enough. Earlier this year, he says, his family was evicted and spent several months living with his brother-in-law.

Stories such as his have led people to recognize that the minimum wage is far short of a living wage, says Allynn Umel, organizing director of the Fight for $15.

"[It] really comes down to the power of workers' voices who have absolutely been strengthened during this pandemic, where so many of them have put their lives on the line to keep our economy going," she says.

President-elect Joe Biden supports a $15 federal minimum wage. At his campaign kickoff rally last year in Pittsburgh, he told a crowd of union workers that it was "well past time" the minimum wage rise to $15 nationally.

But as with so many campaign promises, what happens next may not be within his control. The fate of the $15 federal minimum wage almost certainly lies with the next Senate.